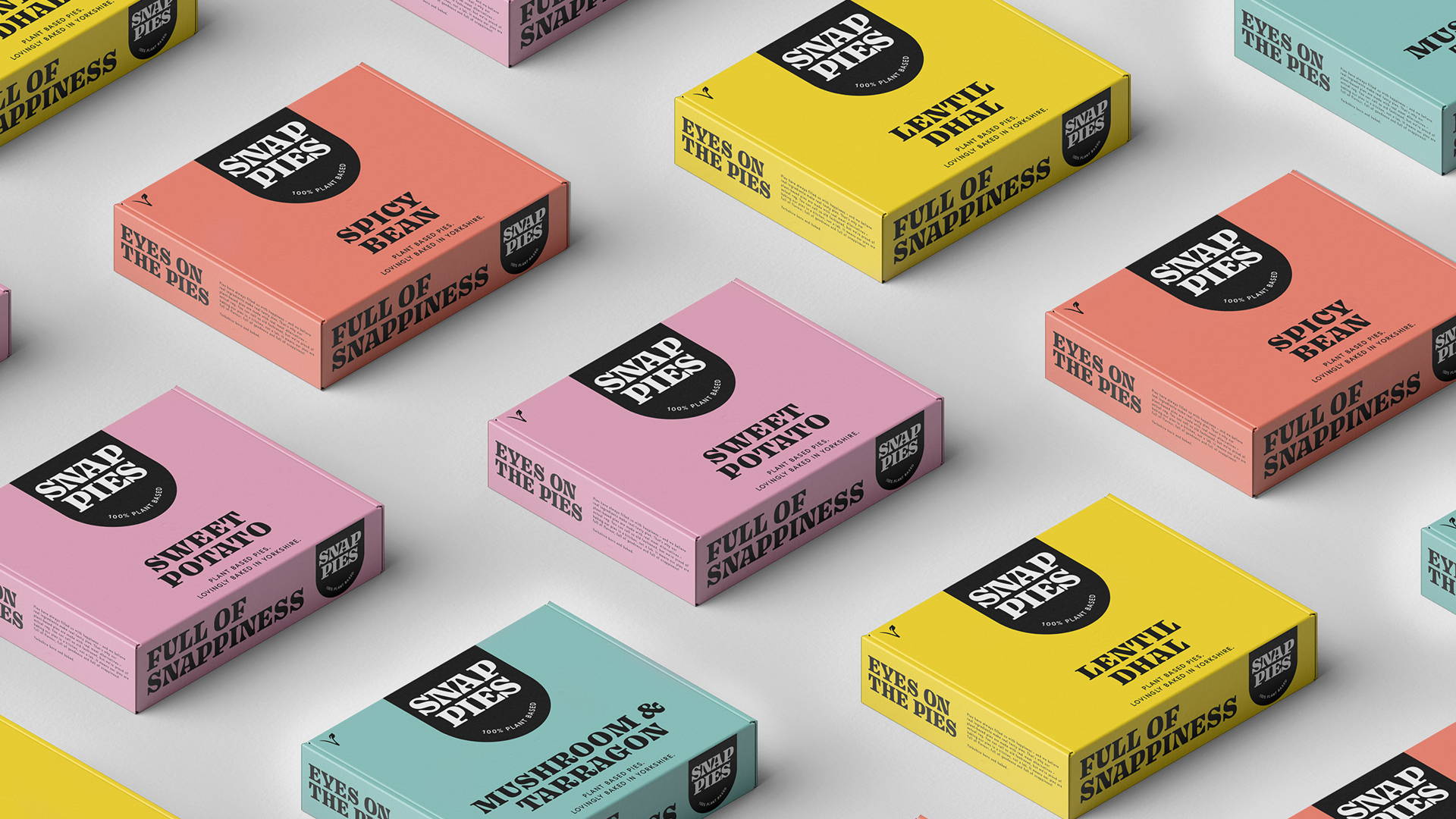 "Eyes on the pies" is one of the taglines of this 100% plant-based brand, Snap Pies. Created by a vegan working in a butcher shop, there's no doubt that the company would involve grit, humor, and zest into the branding. Designed by ALLGOOD, the boxes are colorful, with the contents labeled nice and large in a retro-inspired font front and center. I'm not plant-based, but Snap Pies is on its way to convincing me I should be. 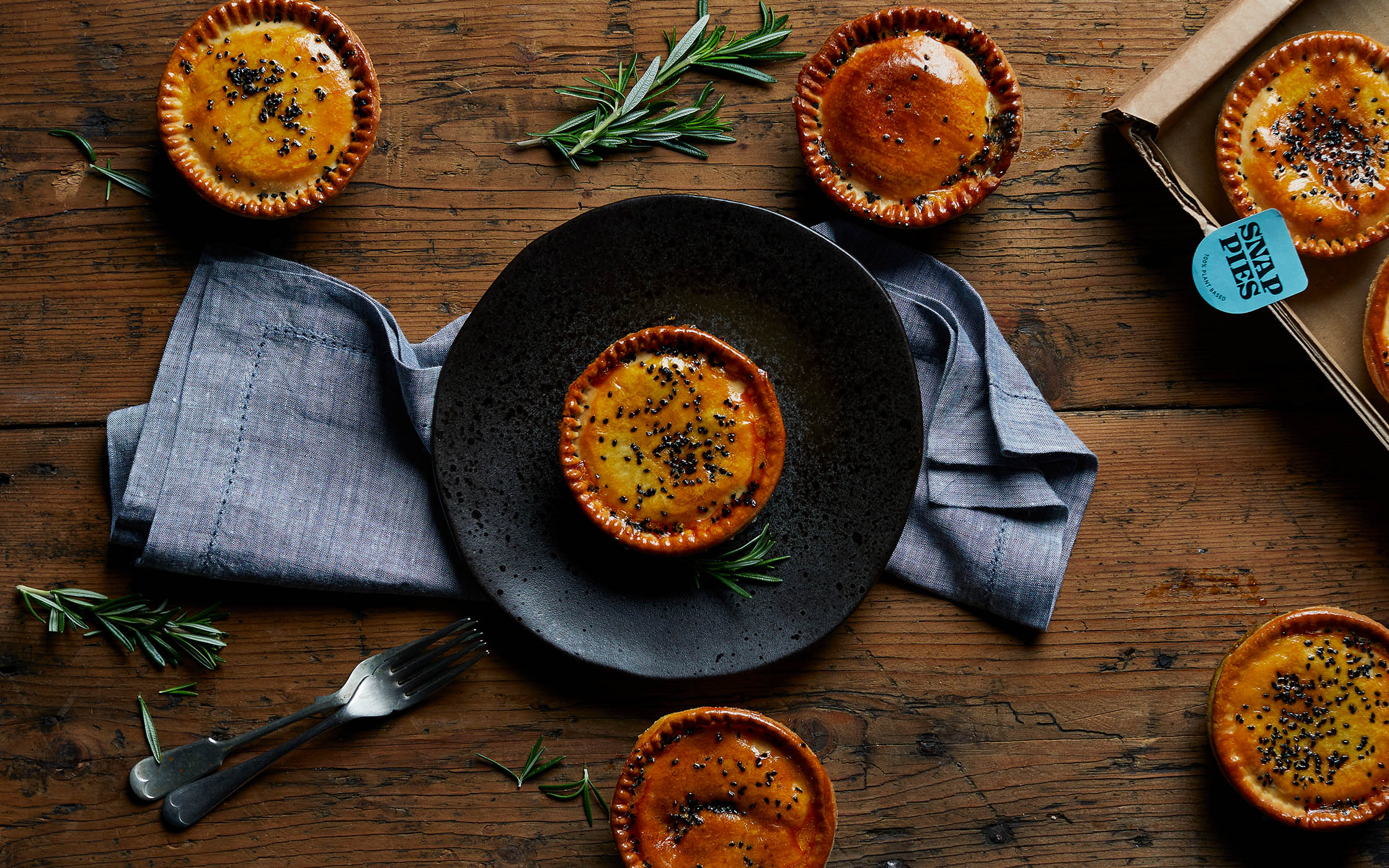 A vegan working in a butchers shop. This is how the story started with Snap Pies, a new range of gorgeously tasty pies that are 100% plant-based. Xander, the son of the owner, wanted to create a range of pies for people just like him. As they’ve been handcrafting pies in Yorkshire since 1945, it didn’t take long to create a range of plant-powered pies ready to hit the market.