In Finnish, Taika means "magic." In coffee standards, it means "adaptogen-infused coffee in a can, designed to keep you awake, aware and inspired." Taika is founded by two-time Finnish Barista Champion and top 10 World Barista Champion, Kal Freese, and ex-Facebook product manager Michael Sharon and designed by the whimsical and talented Day Job agency.

All of Taika's products are plant-based, keto-friendly, gluten and lactose-free, but their branding goes against the norms of every other coffee in the industry. The differentiation begins when people text the phone number on the can. Using a combination of custom technology and humans, they're building a hospitality program that creates fanatic loyalty and provides exceptional customer service.

The bright and eccentric packaging also provides an educational and visual element for consumers as each color indicates a distinct flavor. While most coffee brands focus on where their coffee beans are from, Taika is more interested in how you'll feel after drinking a can. Everything about Taika is unique and whimsical, and it's much needed in the coffee sector. We appreciate the unexpectedness. 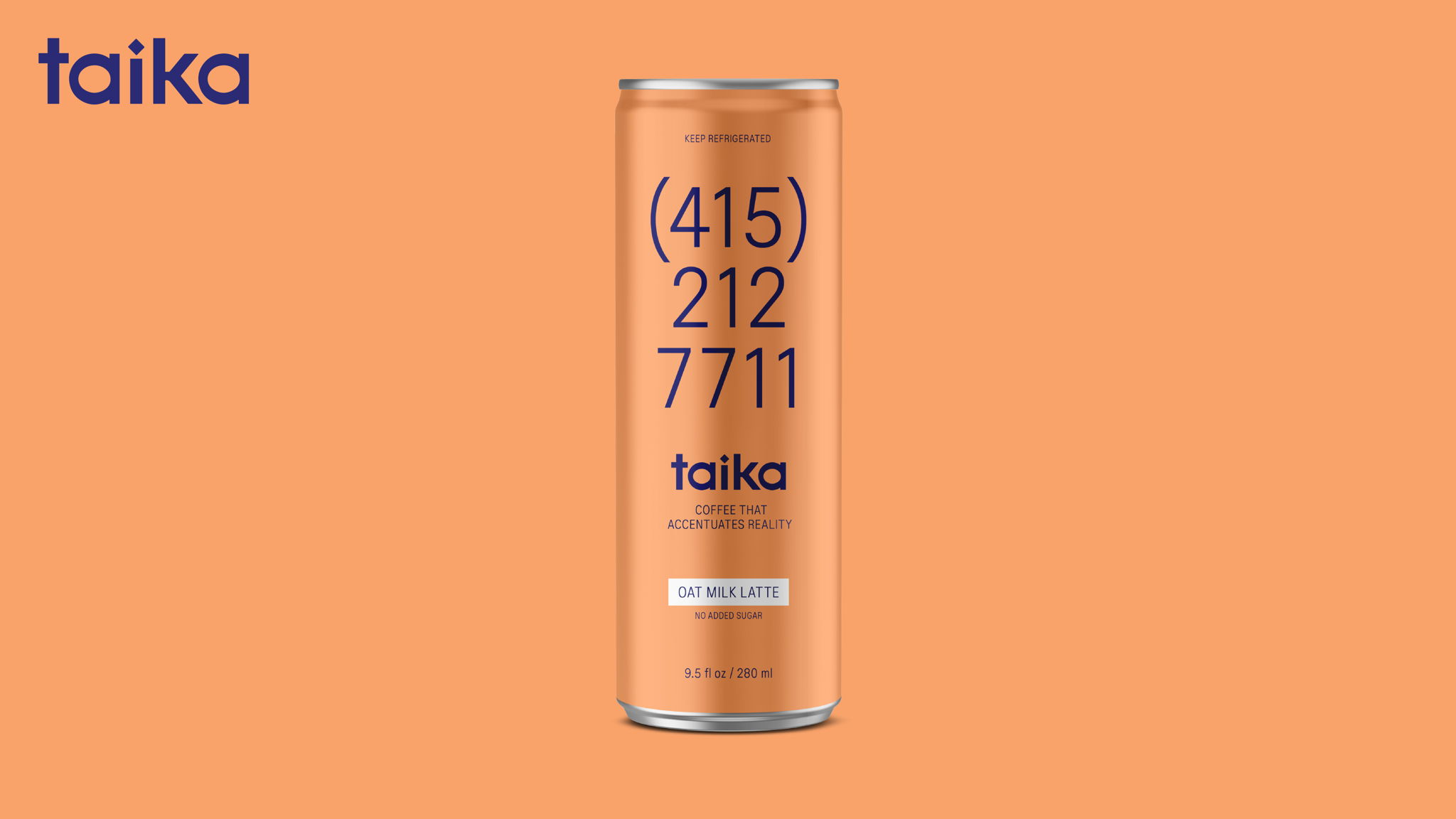 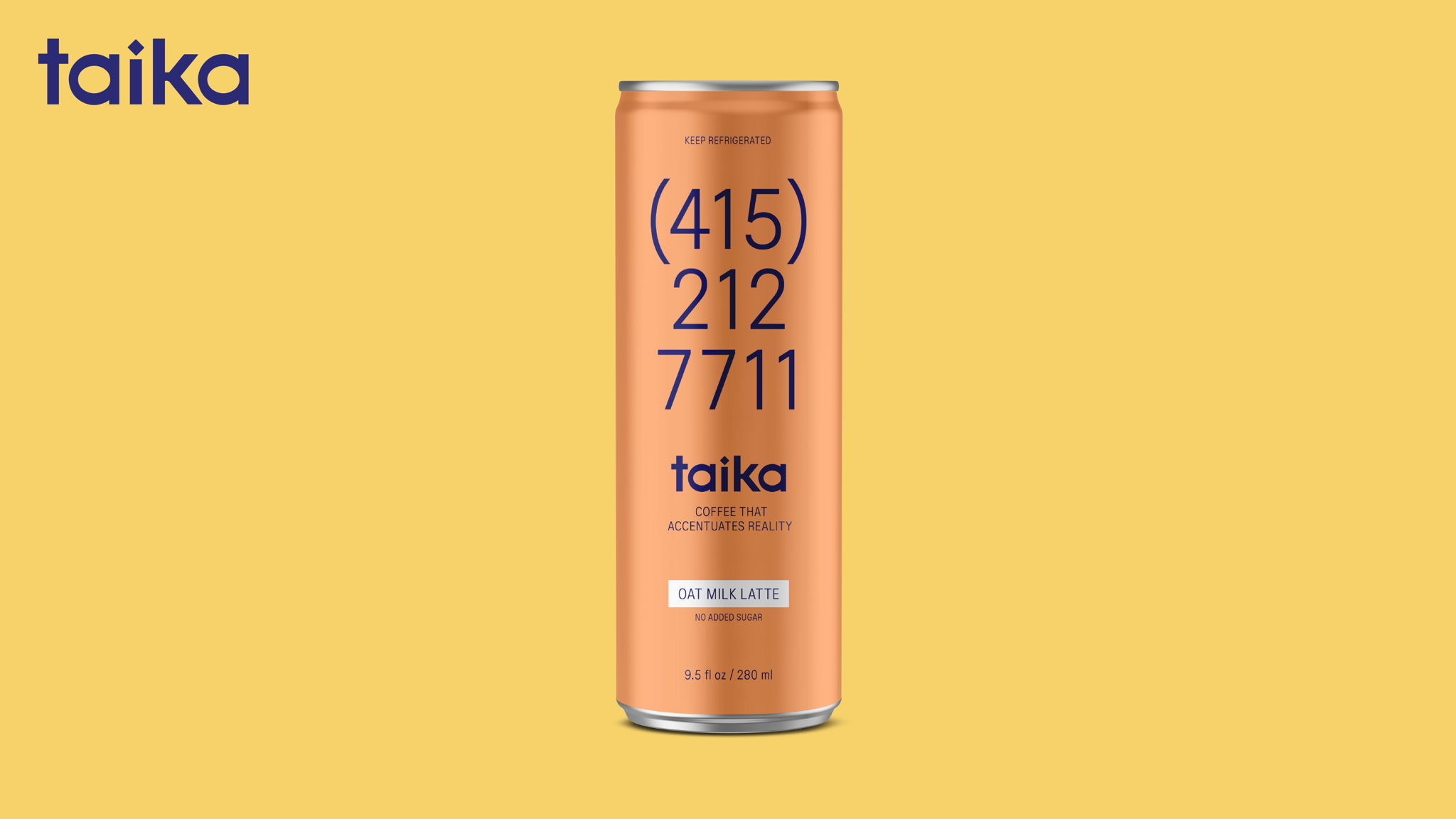 Something about the founders’ backgrounds in product iteration makes them receptive to risks, because you can always ‘release an update’ if things go awry. Part of their beta phase was this text-to-order idea. And the text messages literally went to their phones, and once you’re engaged in conversation with someone, you can talk about whatever you want, it doesn’t even have to be coffee related. Send them a wombat.

That’s where the inspiration to just put the phone number real big on the can came from. It’s confusing, surprising, and enough to make someone think twice about Taika vs the competition, which is our main job.

We were surprised the Taika team was so into the idea, further proof to always pitch the ideas you aren’t sure the client will go for. That’s also when we knew Taika would be the kind of client we love to work with. 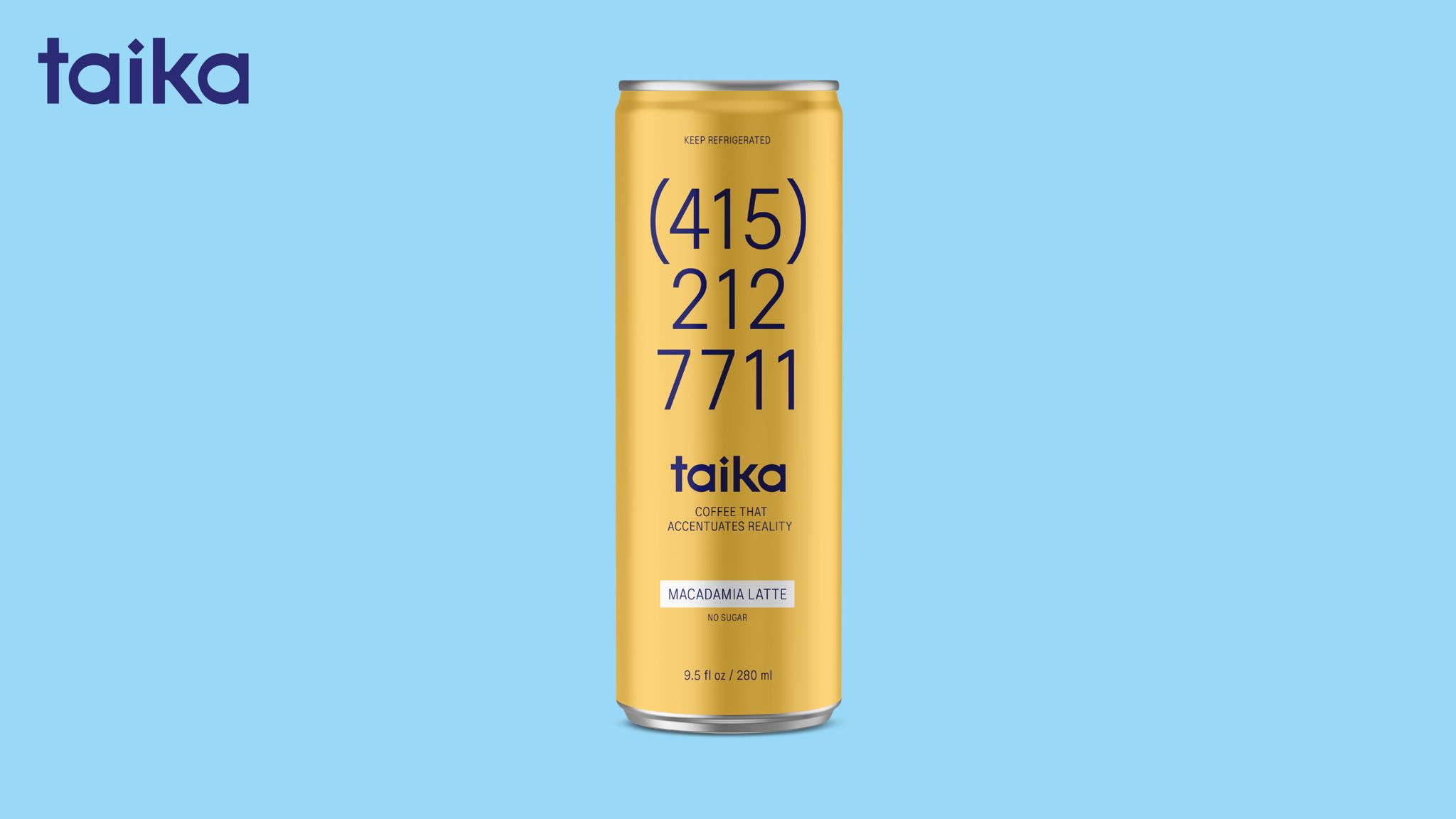 So what was the reasoning behind the design objective? To turn each can into an invitation to some weird party. Something we love about designing beverages is they become objects anyone can own. They go in stores across America and sell for a few dollars a piece. What an opportunity.

By putting the phone number on the can real big,and letting the ‘who’ and ‘what’ take a backseat, we’re inviting consumers not just to buy Taika and drink functional coffee, we’re inviting them into the Taika world. You’ve found a phone number unexpectedly. Real humans are waiting on the other end.

That’s the kind of move someone new and different makes, and to create that identity is our objective as a creative studio. 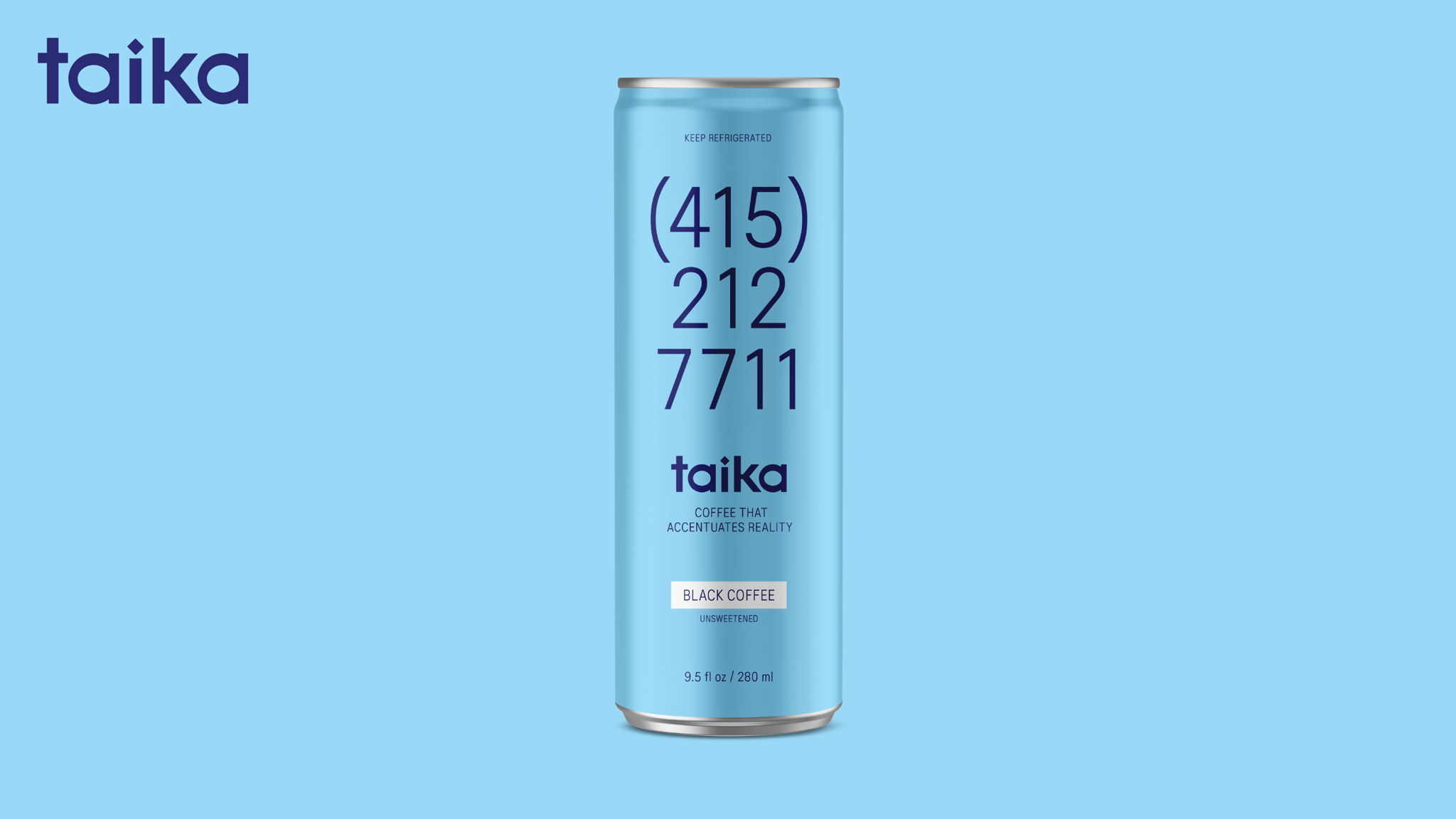 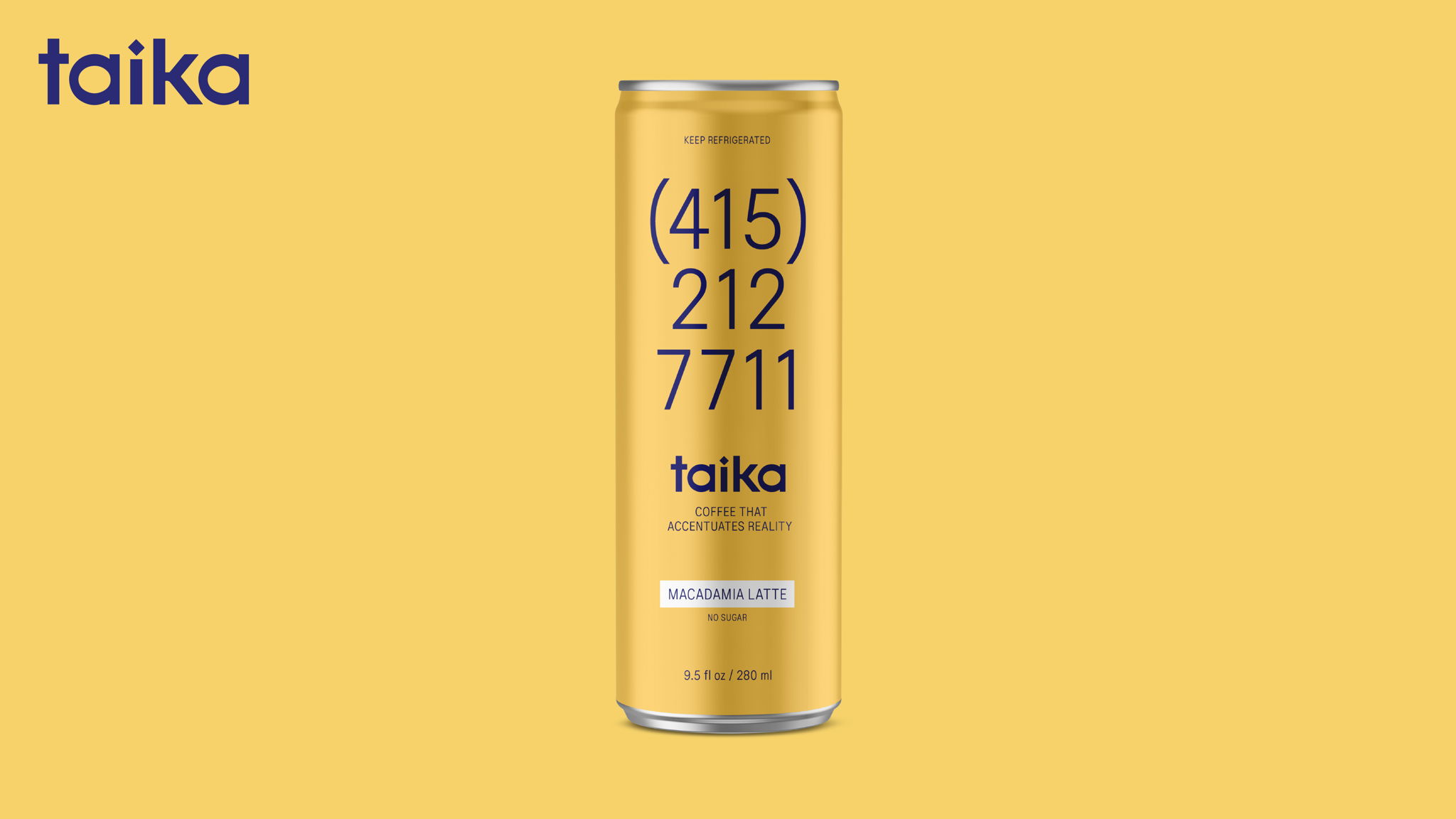 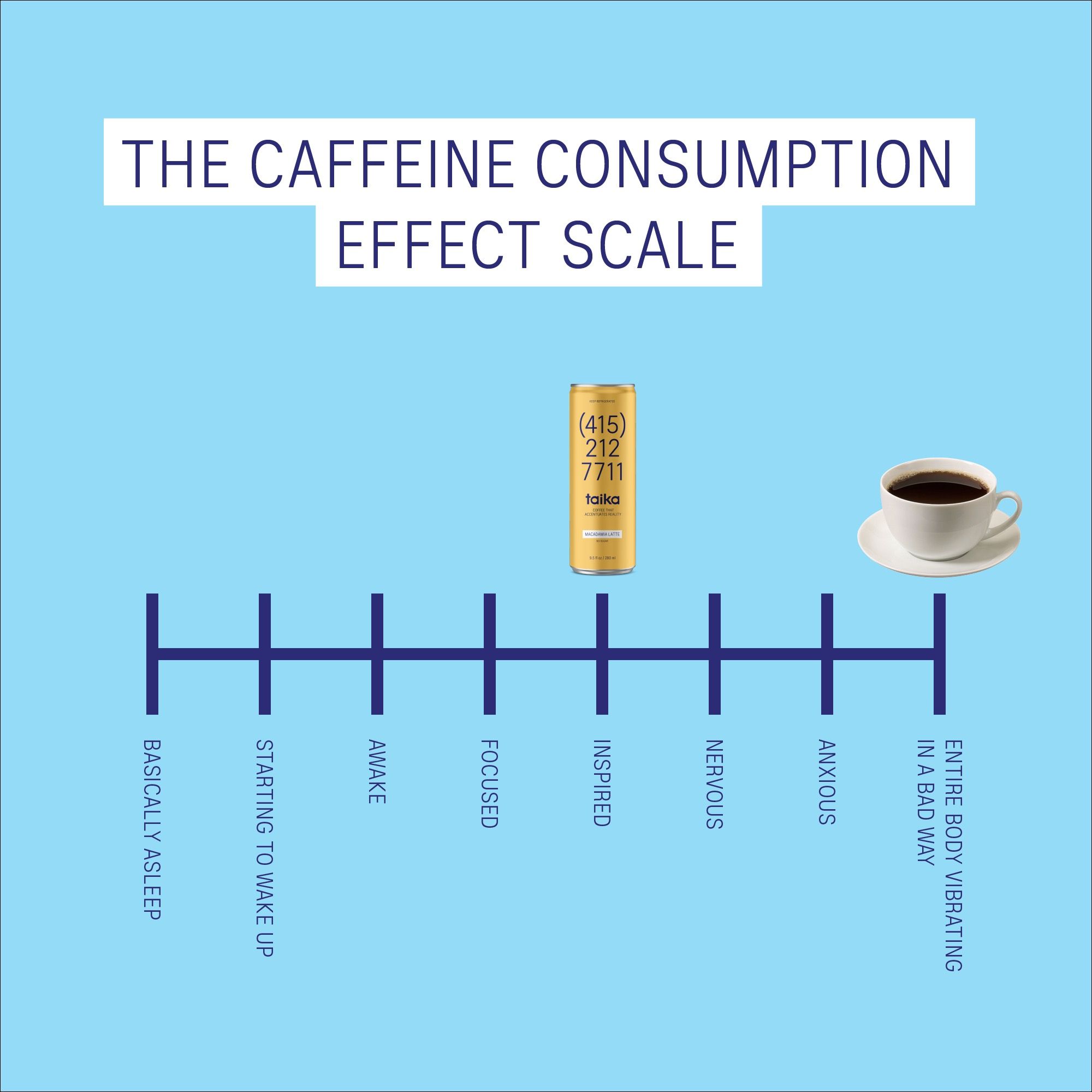 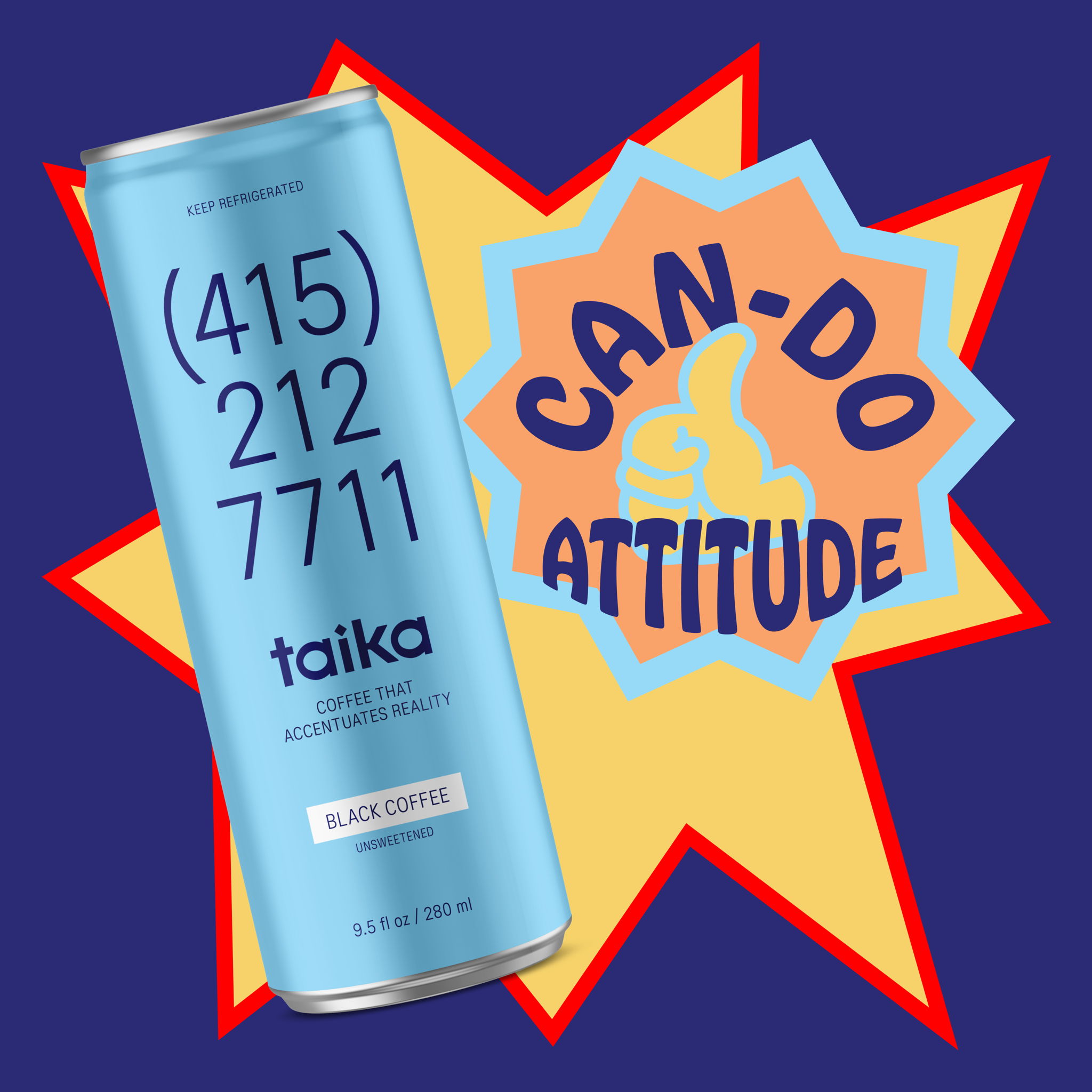 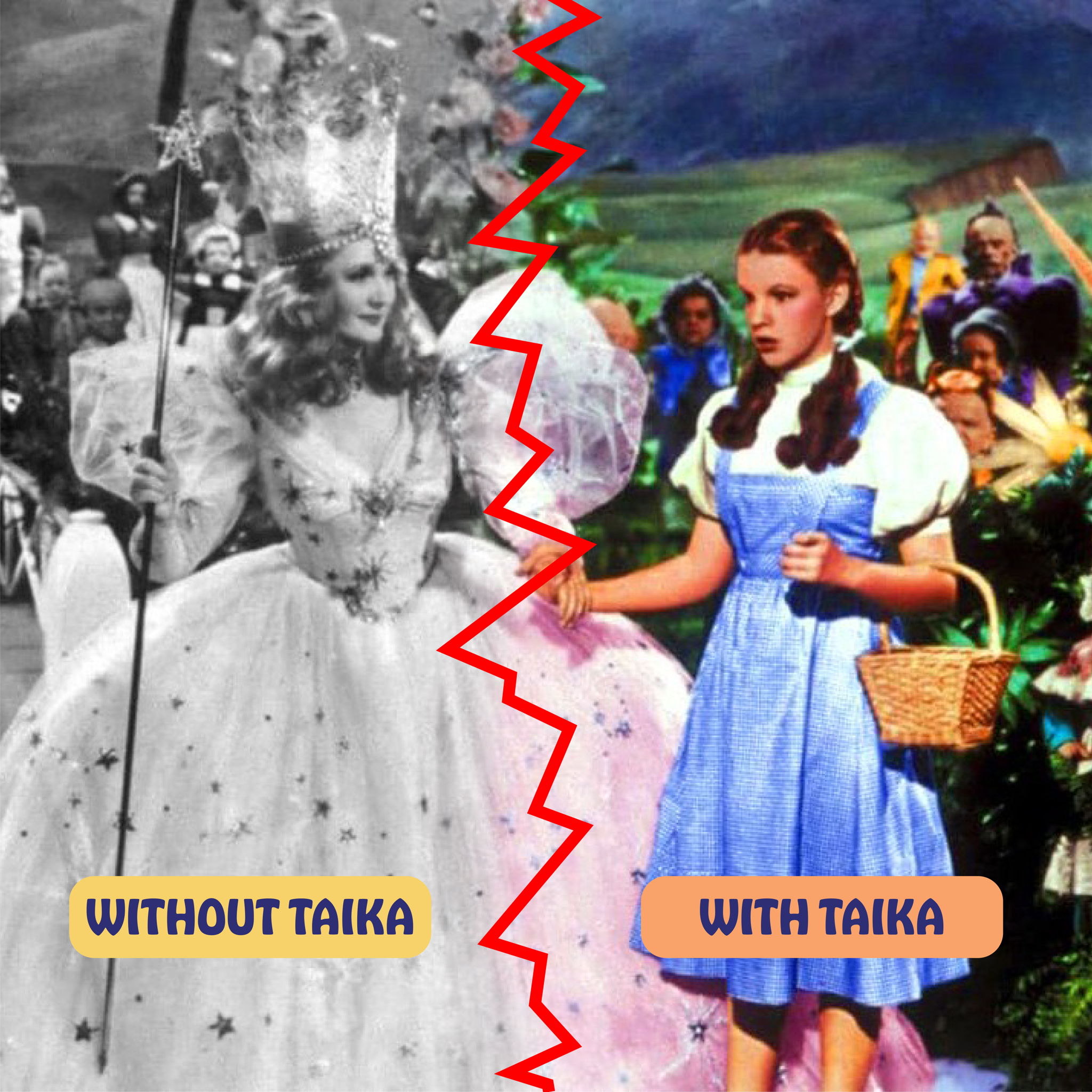 Talor Made Is Serving Spunky Vibes To The Coffee Industry