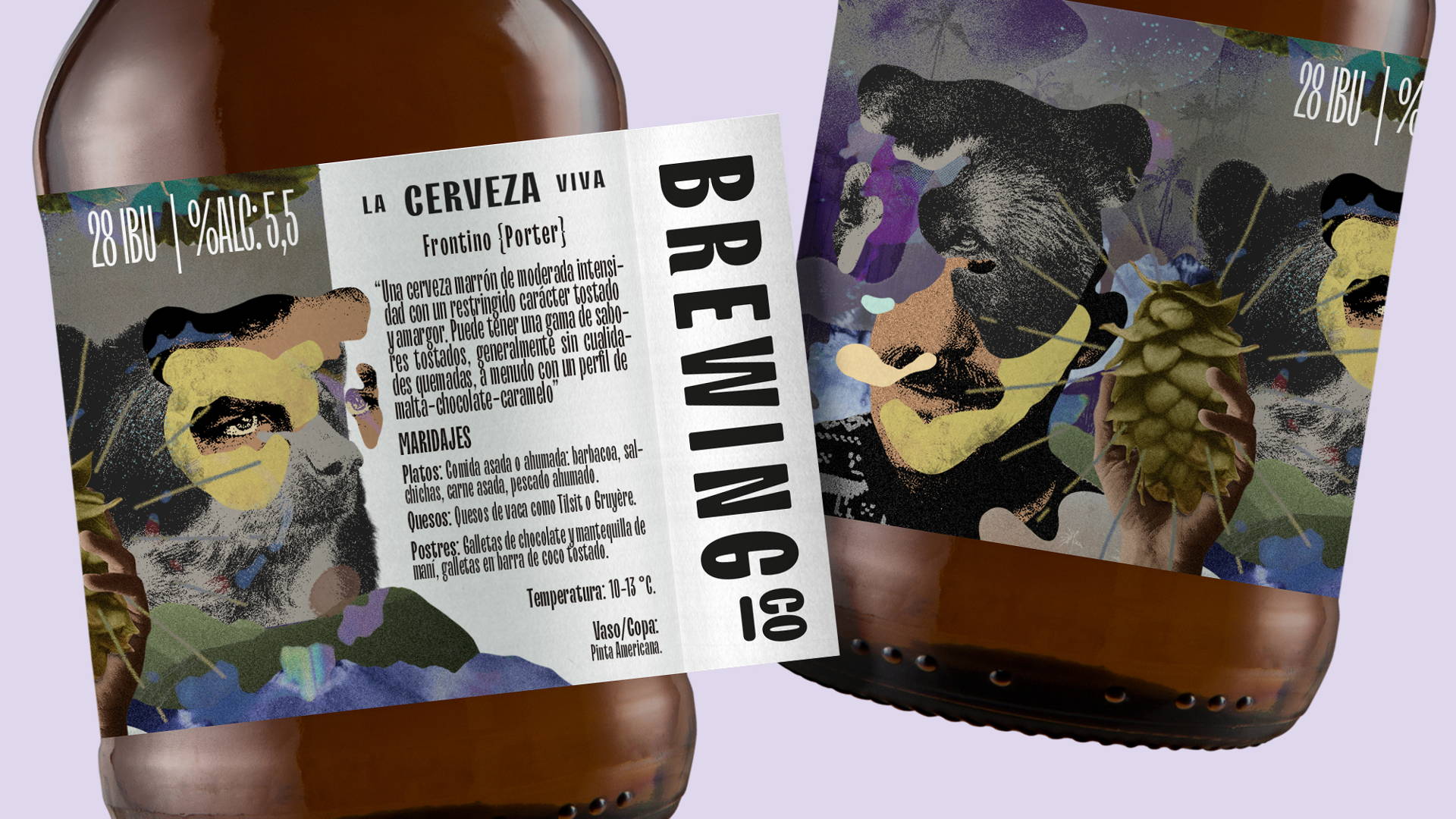 MONTANO BREWING Co. Gives Us Beer With A Side Of Juxtaposition

The more funky the bottle, the higher the odds of it being a locally crafted beer. And that is definitely the case for MONTANO BREWING Co., a local distribution beer company whose bottles, and their creatively forged labels, add a pop to whatever supermarket and liquor store shelves they land on.

The Colombian brand contracted MANONEGRA.Co to design their colorful and eccentric label so as to reflect their brand’s ethos. With a passion for the landscape of their native country, as well as the animals that share the land with us, MONTANO BREWING Co. displays an intricate label with an assortment of animals’ faces and human faced pieced together cohesively, yet in a juxtaposition. Elements such as leaves, fruits, and clouds are also used to emphasize the connection we have with the natural world around us. The pastel green, yellow, pink, and purple cap covers help to differentiate the varying beers while matching the picturesque scenes and the splotches of colors incorporated throughout.

MONTANO BREWING is a local distribution craft beer that highlights the life of the tropical, montane cloud forest located in Quindío, Colombia. Each one of the beers pay homage to the native species of the ecosystem, as well as humans’ role and connection to nature.

With a series of collage-style illustrations of harmonic compositions featuring nature elements and human beings, we created the universe of MONTANO BREWING, otherwise known as “La Cerveza Viva". We named the four main beers available in the line after animals endemic to the region—Mapanare (IPA), Frontino (Porter), Búho (Weissbier), and Tangara (APA).

MiniPop! Is Making A Big Statement With Their Vegan Maple Bacon Flavor

One Tea Room Exudes An Undeniable Sense Of Confidence