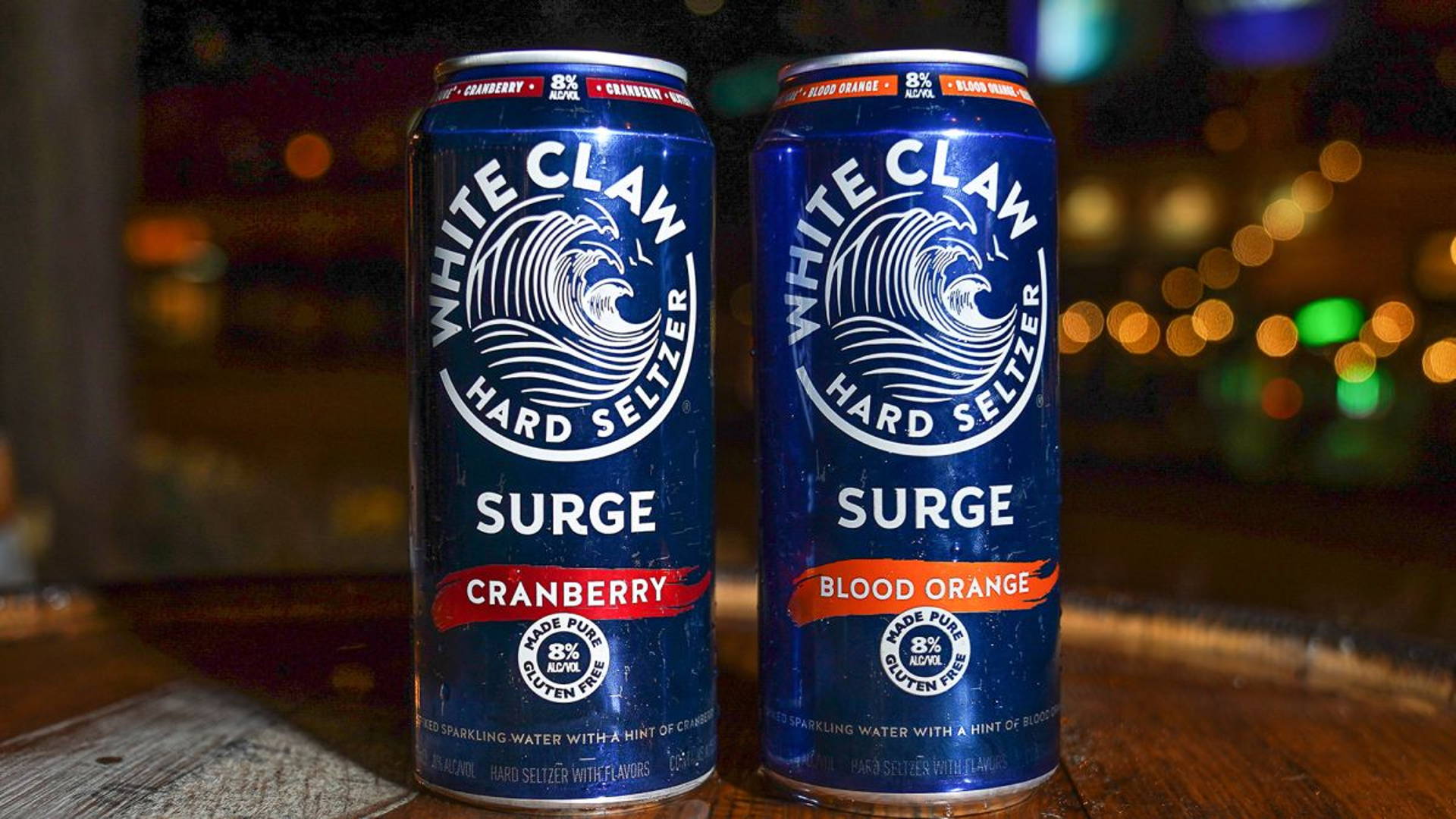 White Claw has just released their new "Surge" line that's bound to make waves in the hard seltzer world. Not only does this hard seltzer have a higher ABV at 8%, but it also comes in a much bigger, nautically blue 16-oz can. The new Surge line features flavor profiles that are delightfully fruity such as Blood Orange and Cranberry.

We're all for new packaging, but this new design seems hauntingly similar to beer cans already on the market, such as your classic Bud Light, Blue Moon, or Busch; plus, isn't the whole point of White Claw to be refreshingly different from beer? The original white White Claw cans that feature a colorful stripe representative of the flavor profile inside are as refreshing and light as the contents. This new packaging, however, fits in more than it stands out.

Maybe, just maybe, White Claw is trying to appeal to a new demographic that perhaps doesn't identify with the pink and white raspberry packaging but would instead prefer to be associated with the water-beers of the world, albeit at the strength of a double IPA. Nevertheless, we will cheers to White Claw for not designing the "Surge" title with cliche techno-inspired typography. It's called restraint.

So while Surge might have missed the packaging opportunity to differentiate itself, we're still going to buy a sampler pack to see what the hype is all about. For work purposes, of course.