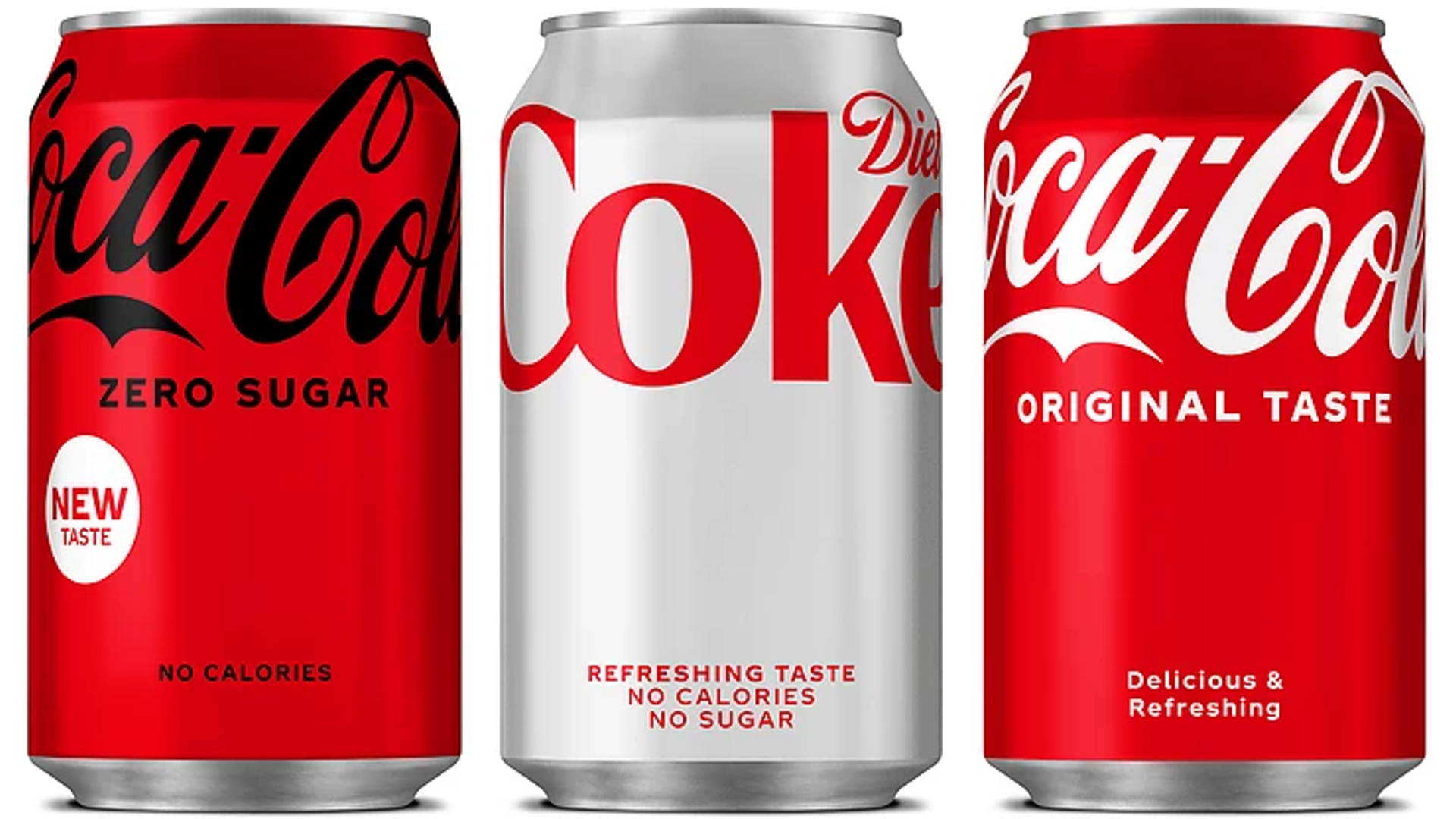 In terms of massive global brands like McDonald’s and Burger King getting makeovers, 2021 has been a pretty huge year. Now, you can add one more captain of industry to the list.

Coca-Cola unveiled their new, refreshed design system for the Coca-Cola, Coca-Cola Zero Sugar, and Diet Coke brand family. As per usual, the classic Coca-Cola red drove the redesign, and they scraped all of the other visual element barnacles from the can, like the red disc and the wave line. Now, the Coca-Cola logo has been pushed to the top of the can, leaving plenty of negative space below, a promise from the brand to capitalize on the drink’s uplifting potential.

“The intent is to provide a simple and intuitive navigation system that carries across all Coca-Cola variants while simultaneously celebrating the Coca-Cola logo,” the company said to Design Week about the redesign.

Most notable about the new packaging system is that Diet Coke gets its gray sheen back, while Coca-Cola Zero gets a red background with black type.

The brand’s in-house design team in Atlanta, along with the UK’s Kenyon Weston, guided the packaging overhaul. We’re into the minimal face-lift, and it’d be awfully difficult to completely screw this one up as they have one of the most universally recognized logomarks. I’m pretty sure even the folks at North Sentinel Island have come across a bottle of Coca-Cola in the last 100 years.

The last significant packaging overhaul for the iconic beverage maker was back in 2016, when they debuted their “One-Brand” global strategy, unifying all Coca-Cola-related products with that red disc in the same visual system. The brand expects that all drink variants should be converted to the new design by 2022.

Love it or hate it, the new design is here to stay. Or, you know, until the redesign Gods tell the iconic company to get back to the drawing board.