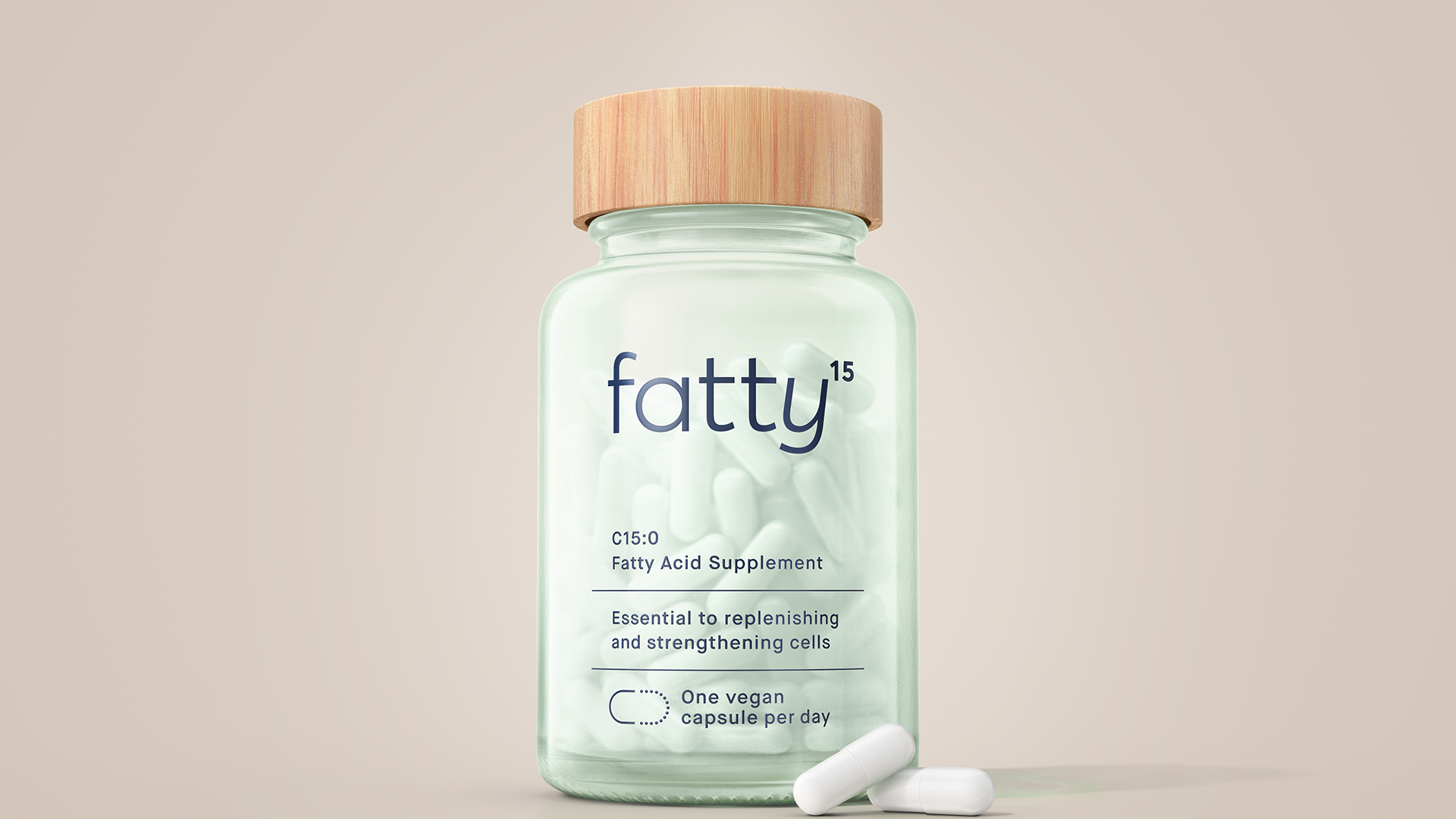 Phenomenon, the Los Angeles-based agency, has created a new brand identity and packaging for the new supplement, fatty15. The reusable seafoam green-tinted glass bottle with a bamboo screw top is pure perfection. Quick-witted and sustainable packaging has my name written all over it. 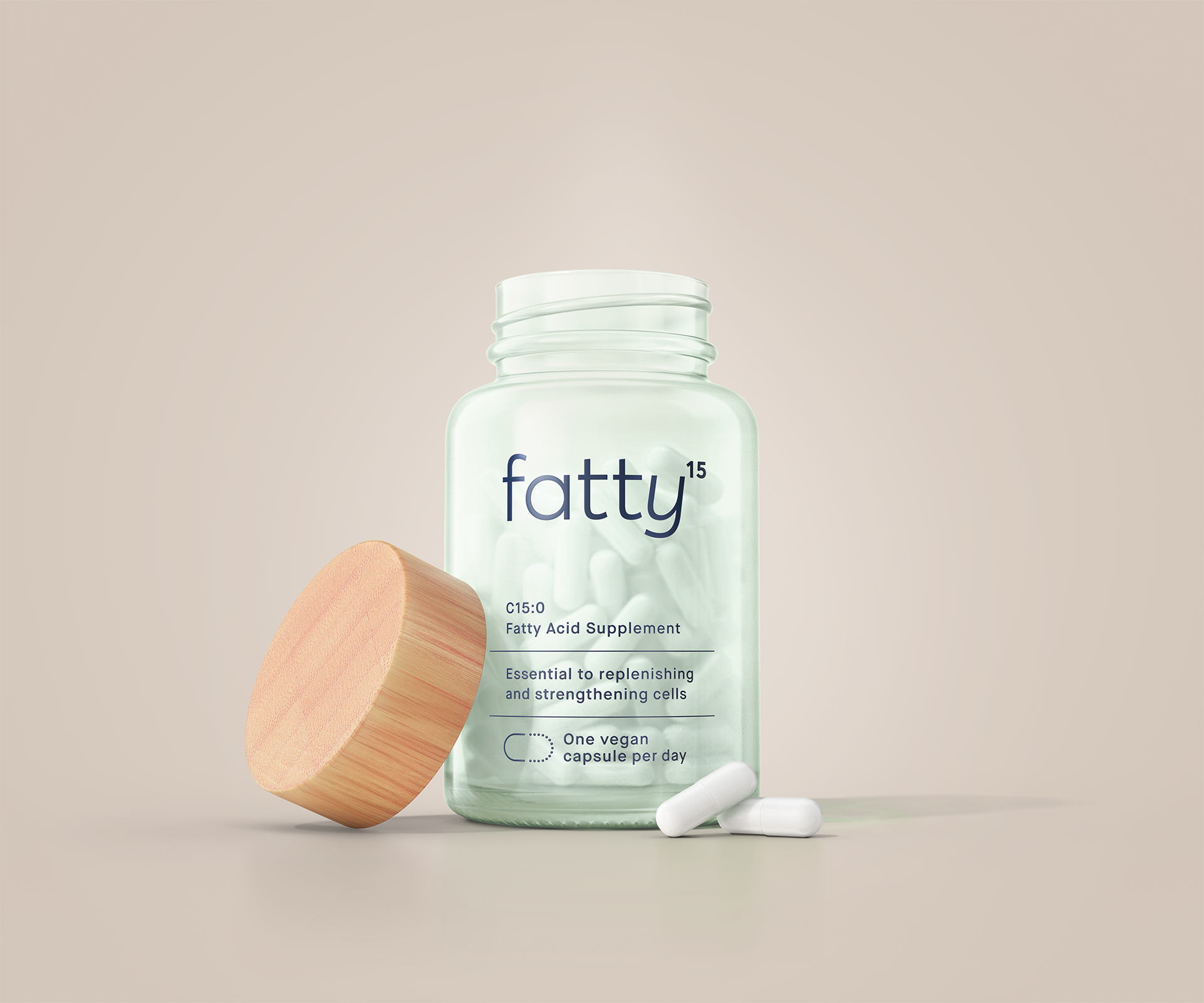 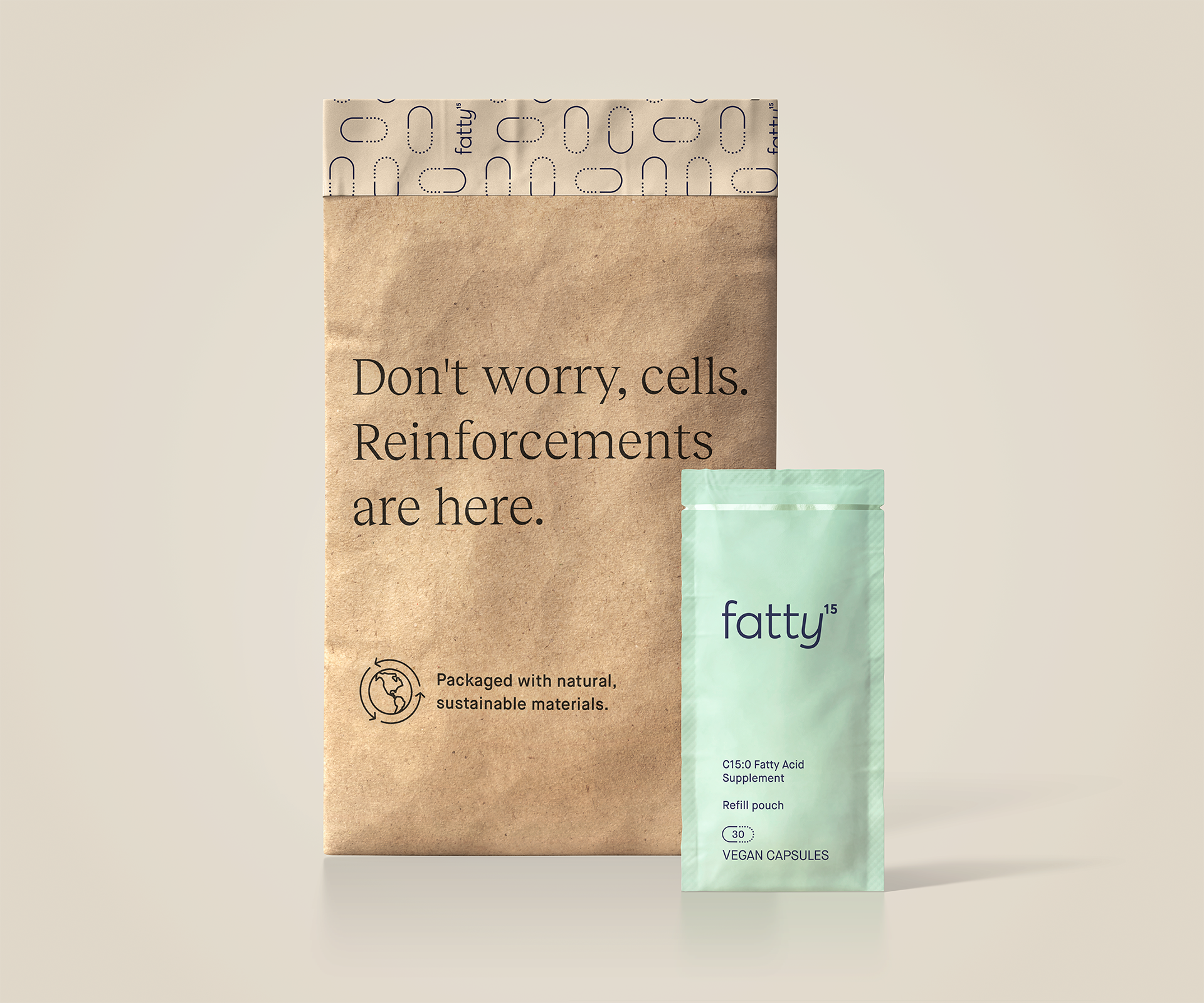 The new supplement, fatty15, launches through direct-to-consumer channels. Los Angeles-based Phenomenon created the brand strategy and positioning, name and brand identity, along with packaging, from sourcing to implementation.

Throughout, Phenomenon highlighted wellness attributes and the purpose-driven commitment of the brand, from positioning the supplement as a new essential, to the innovative packaging that champions sustainability in a category known for throwaway plastics. The launch will be supported by paid and earned social media and influencer campaigns.

While consumers are familiar with essential fatty acids omega-3 and omega-6, Phenomenon developed the unusual fatty15 name to challenge the stigma of the words ‘fat’ and ‘fatty’ and open up conversations about C15:0, or pentadecanoic acid, a healthy fat with anti-aging benefits. “From a naming perspective, we wanted to hit it straight on, the thinking was let’s not be vague about it. Let’s call it “fatty” and add 15 for the chain it comes from,” said Krish Menon, founder and CEO at Phenomenon.

“We pushed hard for fatty15 because the name starts the conversation about the importance of healthy fat and allows us to educate consumers.” Seraphina Therapeutics discovered C15:0 as the first essential fatty acid to be identified in 90 years, and has spent years studying, refining and testing it. Through peer-reviewed studies, Seraphina established that C15:0 strengthens cell membranes up to 80 percent and boosts mitochondria function by 45 percent. This essential micronutrient activates receptors in the body that regulate metabolism, immunity, mood, sleep and appetite with benefits ranging from healthier red blood cells to improved sleep. Fatty15’s evolution began from a study that compared the differences between pods of dolphins off the coasts of San Diego and Sarasota, Fla. Veterinary epidemiologist and public health expert Dr. Stephanie Venn-Watson, CEO and co-founder at Seraphina Therapeutics, observed that the California dolphins were more susceptible to aging-associated conditions.

It turns out that the fish the Florida dolphins ate were higher in C15:0 and that’s where the journey began to explore how this fatty acid could benefit humans. “From consumers' misconceptions about dietary fats to our bringing a truly new essential fatty acid to the nutritional marketplace, Phenomenon had a layered story to tell in a category that is filled with an alphabet of supplements and multiple brands for each,” said Venn-Watson, who runs the company with her husband, Eric Venn-Watson, MD, MBA, who serves as co-founder and COO. “Packaging had to succinctly convey our mission to promote longevity of mind and body health and introduce fatty15 as the first and only supplement in an entirely new category.” A less-is-more mentality imbued the branding and identity program.

For example, fatty15's sans-serif logo font Averta features a custom “y” that is reminiscent of a smile and in keeping with the brand’s “approachable science” personality. Product descriptors are equally streamlined and consumer friendly, simply stating “essential to replenishing and strengthening cells” and “one vegan capsule a day.” Pared-down sustainability was the guiding principle during every step of package design, sourcing and implementation.

Fatty15 is packaged in a reusable, seafoam-green tinted glass bottle that allows consumers to see how many capsules are left in the jar. Bottles are topped with a bamboo screw-top lid, each uniquely grained by nature. This reusable glass bottle could save tons of plastic from reaching landfills. 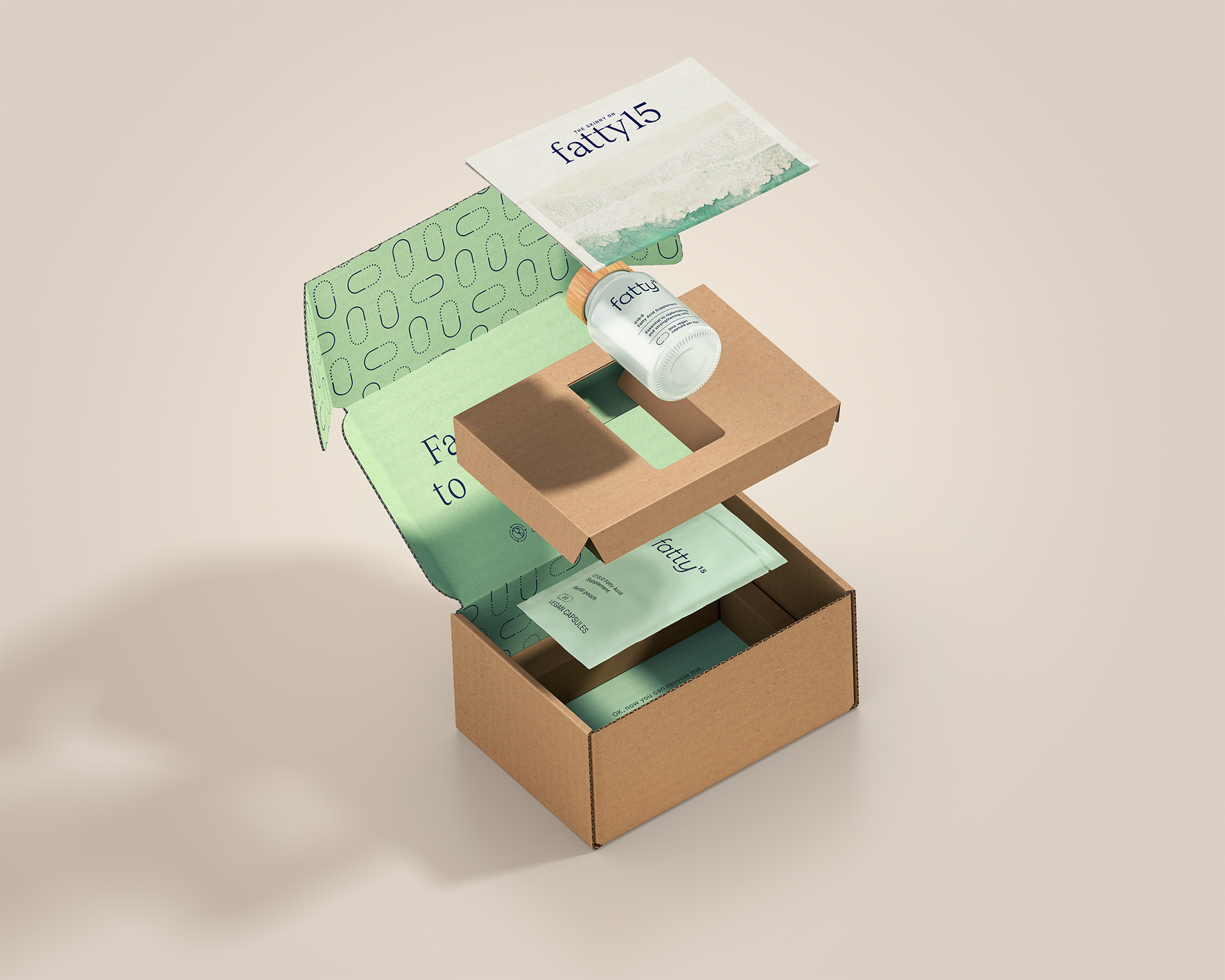 A newsprint insert explains the process along with product benefits.“We designed the fatty15 bottle to be beautiful enough to display on your counter,” said Ali Martín Filsoof, Design Director at Phenomenon. “It was important to us and fatty15 that we source the most natural packaging elements available, like algae-based inks, bamboo and glass that we sourced from around the world to find the most sustainable packaging. That was particularly challenging as COVID-19 has affected the supply chain.” The 360-degree branding project included Phenomenon creating a capsule-shaped logomark for fatty15 that features an elongated “C” and 15 dots.

The agency also produced lifestyle imagery, merchandise and provided creative direction and assets for the brand’s website.Fatty15 is currently available direct-to-consumer only but the supplement is poised for national retail distribution and for the C15:0 powder, to be mark?ed as FAT15TM, as both a supplement and food ingredient.