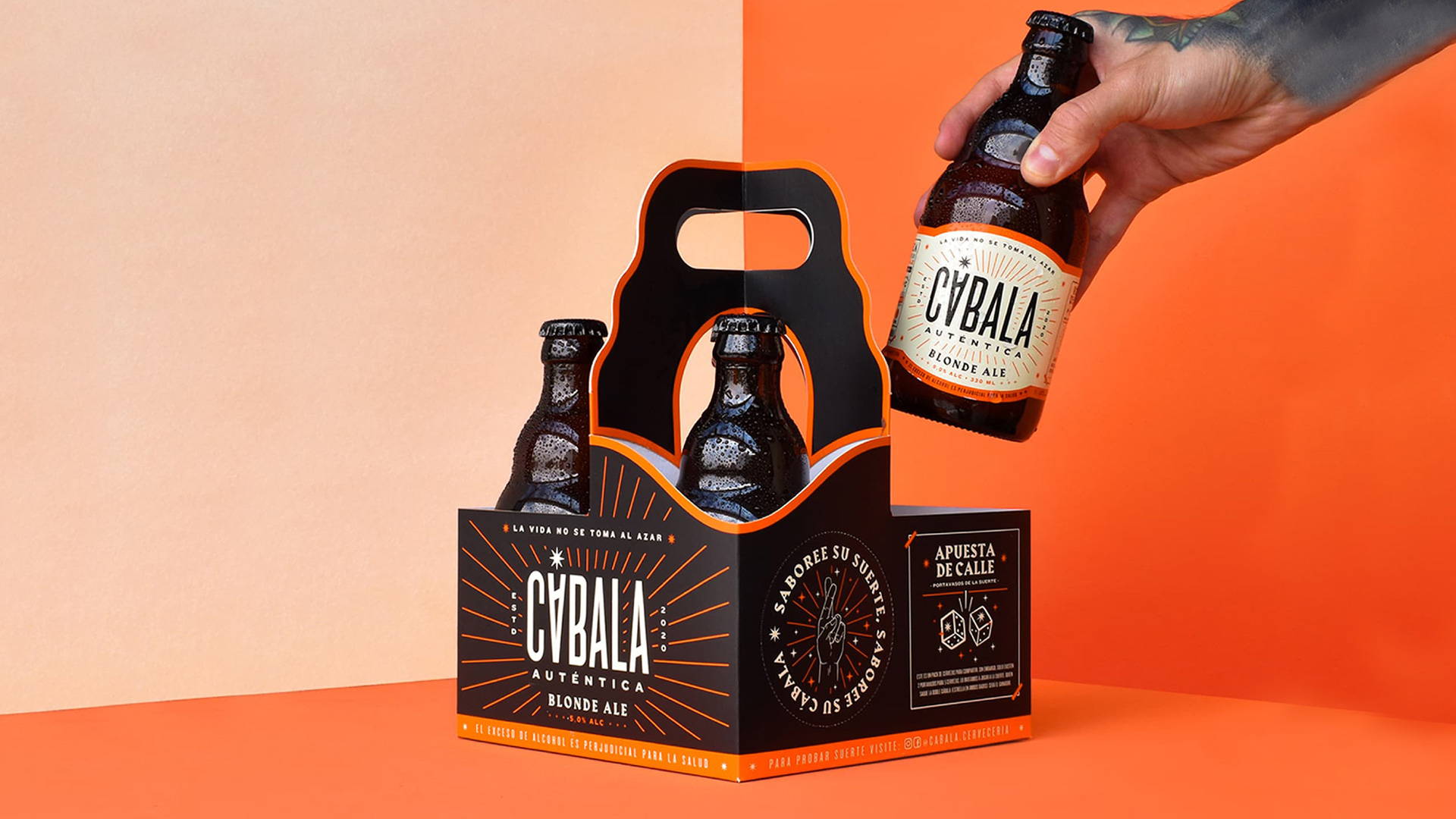 Grab A Cábala Beer For Any Occasion

Cábala had one goal in mind when they set out to create their brand: "break paradigms and schemes within the category." And shaking up the norms within the category is something they've done successfully. They've e an original "five-pack" combined with a unique bottle shape. The label is also strikingly graphic while maintaining a casual vibe. The splash of orange combined with the tan and black is sleek and modern.

Cábala is clearly a beer you can share with friends for any occasion.

For the birth of this new craft beer brand, it was very important to create an identity inspired by a concept far removed from the traditional brewing world. Giving a deep and suggestive personality to a millenary and universal drink was the great challenge we set ourselves from the beginning. In addition, thinking of a distinctive packaging, from the bottle to the pack of several beers, would become a fundamental point of contact to position the brand in a powerful way. 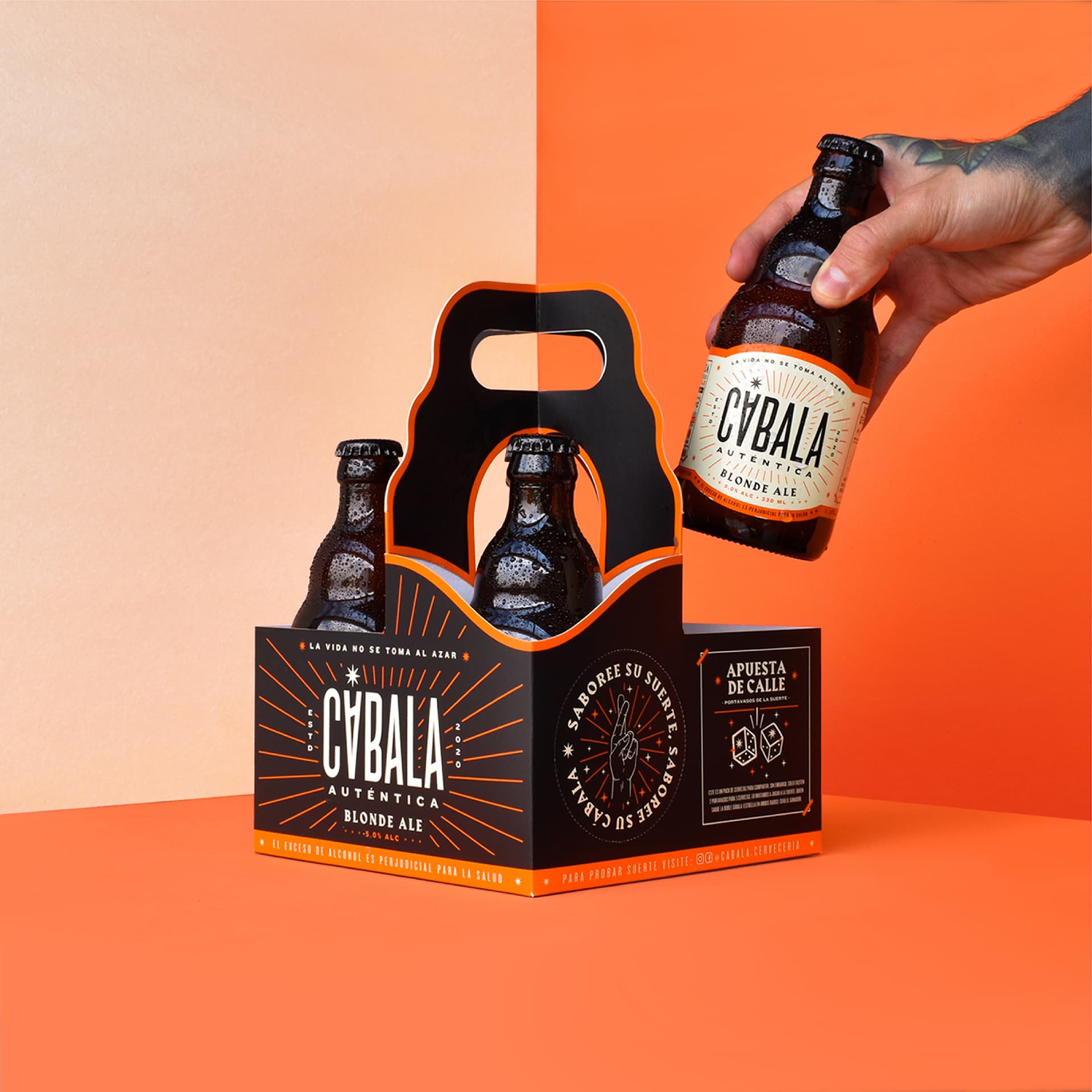 From the beginning, we decided to make Cábala more than just a drink. For that reason, we built a concept inspired by that popular ritual of sharing a beer in the street, at the table, at home or in front of a church. A ritual shared by all, that became a kind of "social amulet" to enjoy life and share moments. The design of a striking and powerful packaging, in which the number of bottles is intentionally different from the traditional (fivepack), accentuates the fact of wanting to break paradigms and schemes within the category. In addition, the construction of the logo proposes a hidden message: the letter "A" has been intentionally rotated to hint at two important meanings: a change of destiny, and a glass of beer. 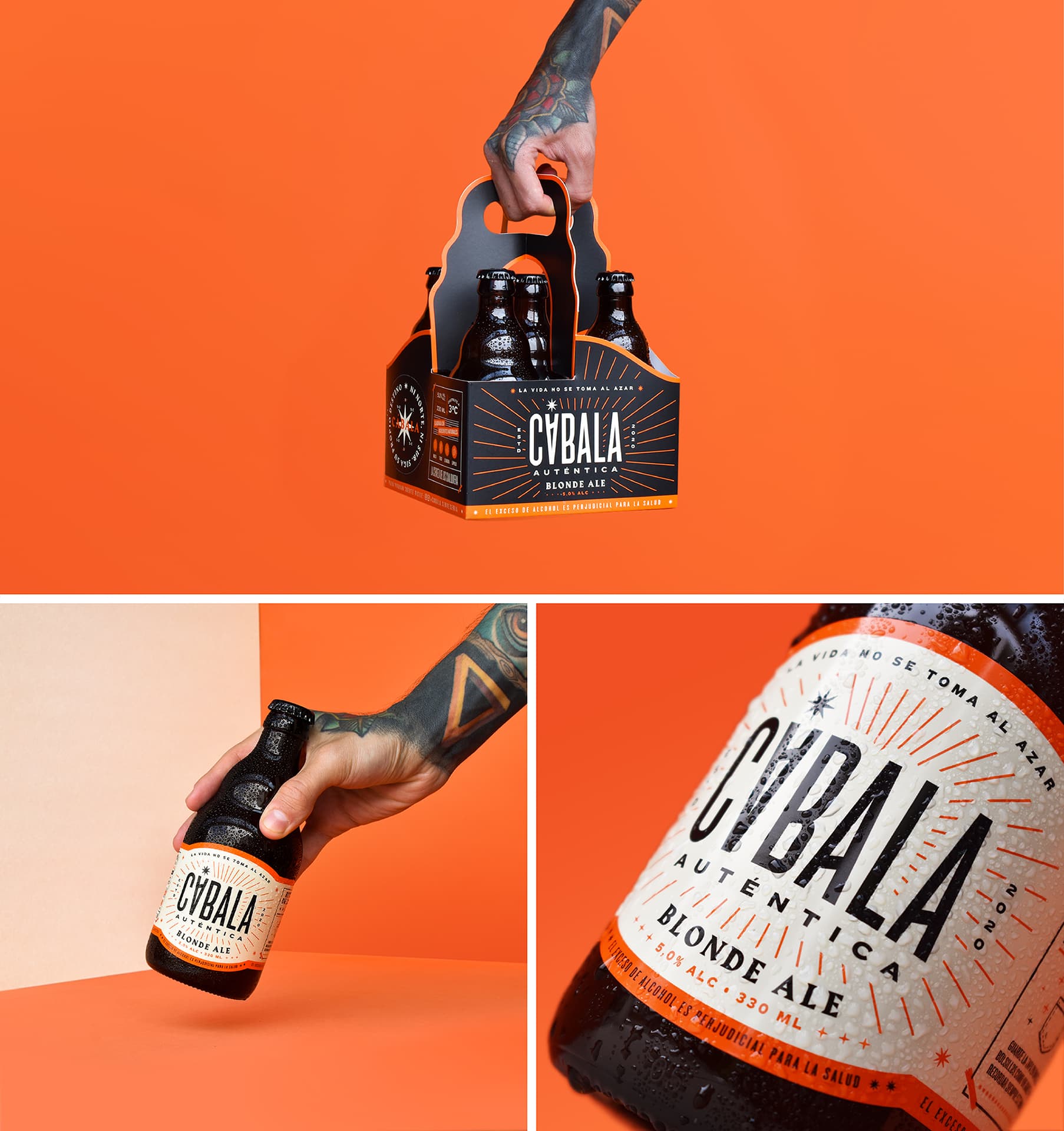 Our starting point to give life to this drink were the popular myths and amulets (cabala) that are expressed through people, places, objects and anecdotes. The life that happens on the street, in the neighborhoods, in the urban tribes, in the underground and "unknown" world are part of this story. A drink that is present in everyday life, in anecdotes full of chance and unexpected endings. A symbolic drink that marks the destiny of all those who consume it, and that we have turned into the perfect platform to fill with mysticism that casual moment of having a good beer.