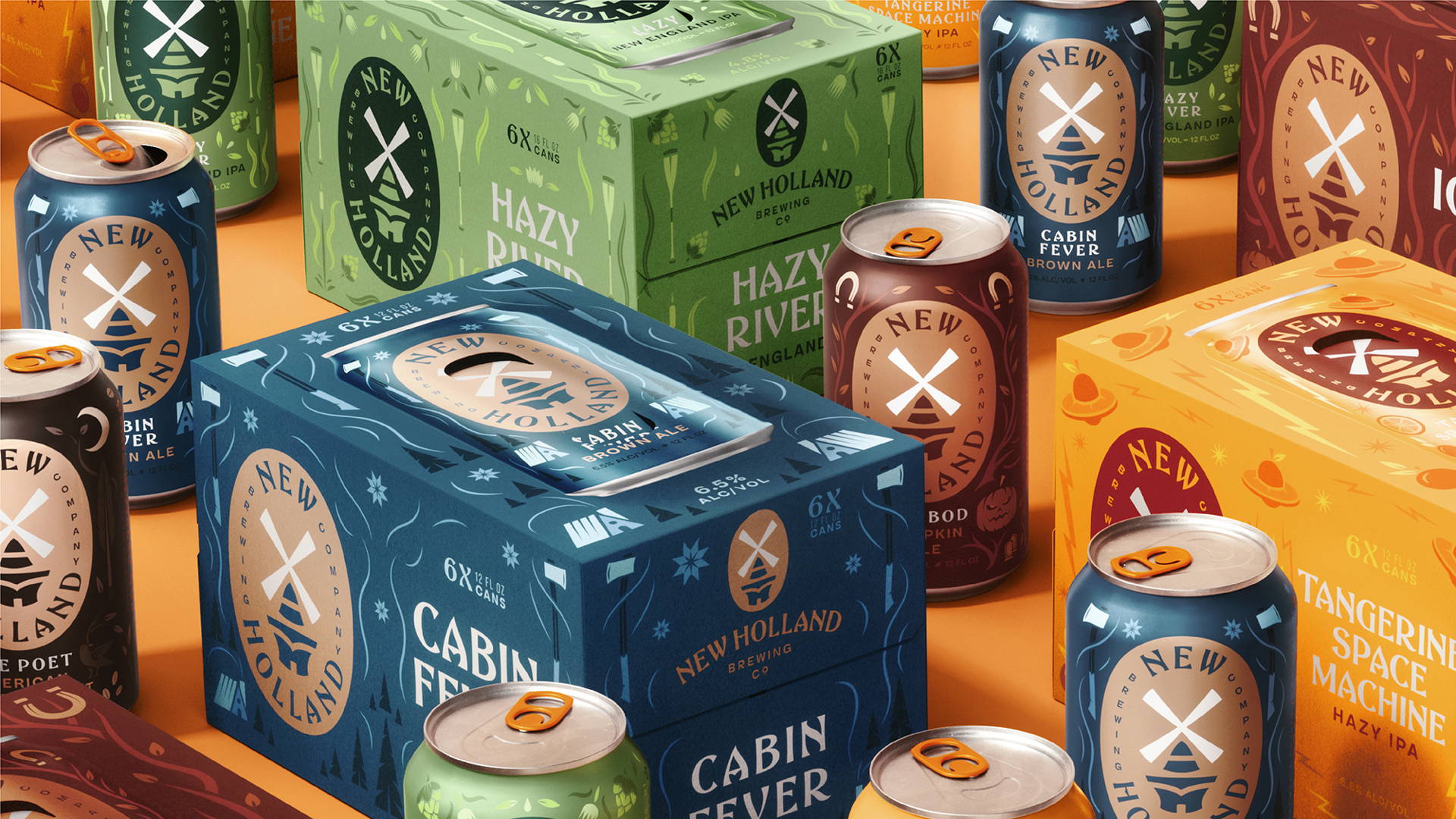 Settled by Dutch immigrants seeking a better life, the city of Holland, Michigan continues to identify strongly with those roots, as shown in the architecture, annual tulip festival, and Windmill Island Gardens. It's also home to New Holland Brewing Company, an early entrant in the American craft revival, starting in 1996.

The brewery’s branding had a few Dutch-inspired elements, like the spinning blades in the logo, but it wasn’t fully communicating the rich culture and heritage of its home. Agency Design Bridge conducted a research trip before the pandemic and saw an opportunity to highlight the brand’s local roots in the spirit of craft beer, where locality is usually a large part of a brew's identity.

“During our trip, we were reminded of the concept of ‘gezellig,' an all-encompassing feeling at the heart of Dutch culture that spans comfortable to relaxing, enjoyable to gregarious,” said Mike Perry, creative director at Design Bridge New York, in a press release. “Embodying the brand’s spirit of togetherness, we combined this idea with the Midwest’s traditional yet progressively pioneering attitude to breathe new life into the brand.”

The new brand identity leans on a warm shade of orange, the Dutch national color, adding a complementary navy blue, and the new logo features a whole windmill instead of just the vanes. A new custom typeface and illustration style found inspiration in the vintage city signs and traditional Delftware pottery.

The branding is extensible and works across New Holland’s entire range, including their seasonal and limited-time brews. It also brings forth a distinct and delightful part of the brewery’s character that shines on the new packaging, as well as digital and other touchpoints.

“The rebrand not only captured our true spirit but also uncovered amazing stories worth telling that was right under our nose,” said Adam Dickerson, brand manager for New Holland Brewing, via the same press release. “We learned so much about ourselves, and Design Bridge brought those stories to life in a beautiful and contemporary way. Their striking design helped keep New Holland Brewing Co. relevant in the ever-shifting craft beer industry.

"We already see the positive effects," he added. "Some of our rebranded brews are averaging a +36% increase in the rate of sale vs. the same time last year, which is great.”