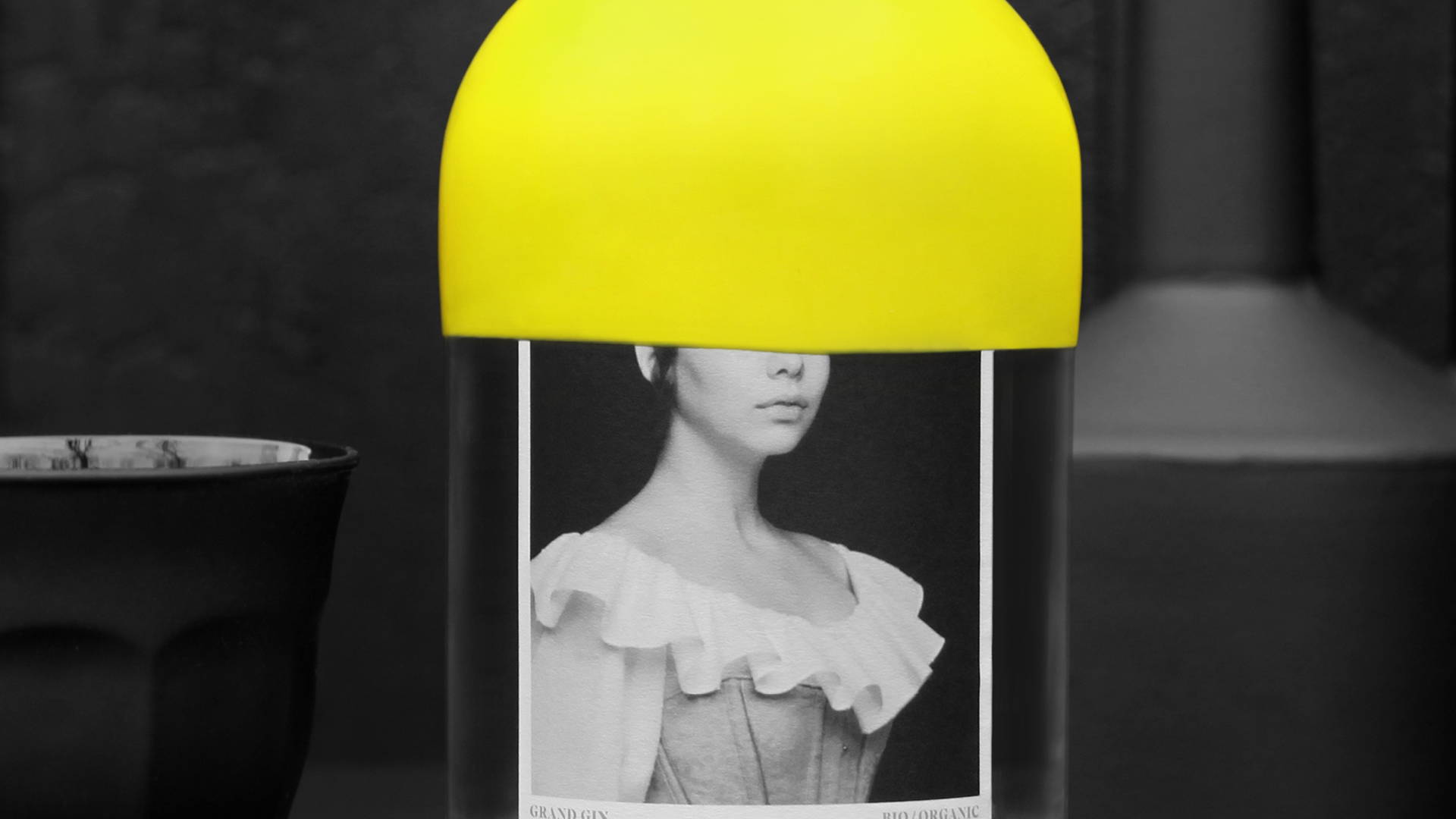 The history of the Acadian people in Canada gets immortalized in the design for SAGA Grand Gin. Each bottle comes dipped in vibrant, highlighter yellow wax making it instantly distinguishable in the gin category. The four individuals featured on the packaging are partially obscured by the wax, allowing the consumer to get drawn into the stories each bottle tells.

The Distillerie Grand Dérangement is a new distillery from Lanaudière in Quebec that wanted to produce and sell the first certified organic gin.

Many distilleries were created in the last years in Quebec, which explain the high competition and the need for this project to be unique and have a strong graphic impact. Their idea was for Paprika to create a name and a graphic identity for this gin that relates to the history behind the name of the distillery. The Grand Dérangement refers to the deportation of the Acadian people of Canada by the British Government that began in 1755.

The town where the distillery is established was founded by Acadians hence the homage. The creative process started with historical research on the history and characteristics of the Acadian people. Our research resulted in us discovering four strong individuals who embodied the history of the Acadian people. We decided to create twelve bottles, three for each character. We decided on the name SAGA it relates to the way these stories weave together.

The name is also a nod to the strength, courage, and determination of the Acadian people and the respect that they have for their ancestors.

The wax seal on the bottle keeps the simplicity of the product, while still carving out a distinctive element. Wax has been used for sealing alcohol for centuries, which is why we chose to use it, as it adds to the historical reference. The yellow wax covers almost half of the bottle in order to hide the eyes of the person on the label, enhancing the mystery around these individuals and their story. The consumer can then choose the character that they prefer or they can try to collect them all. The box is mainly black and white and covered with the stories of each characters, the brand, and the story of deportation. These elements resemble a newspaper allowing contrast with the colorful bottle.

The two are still linked by the yellow seal on the box.