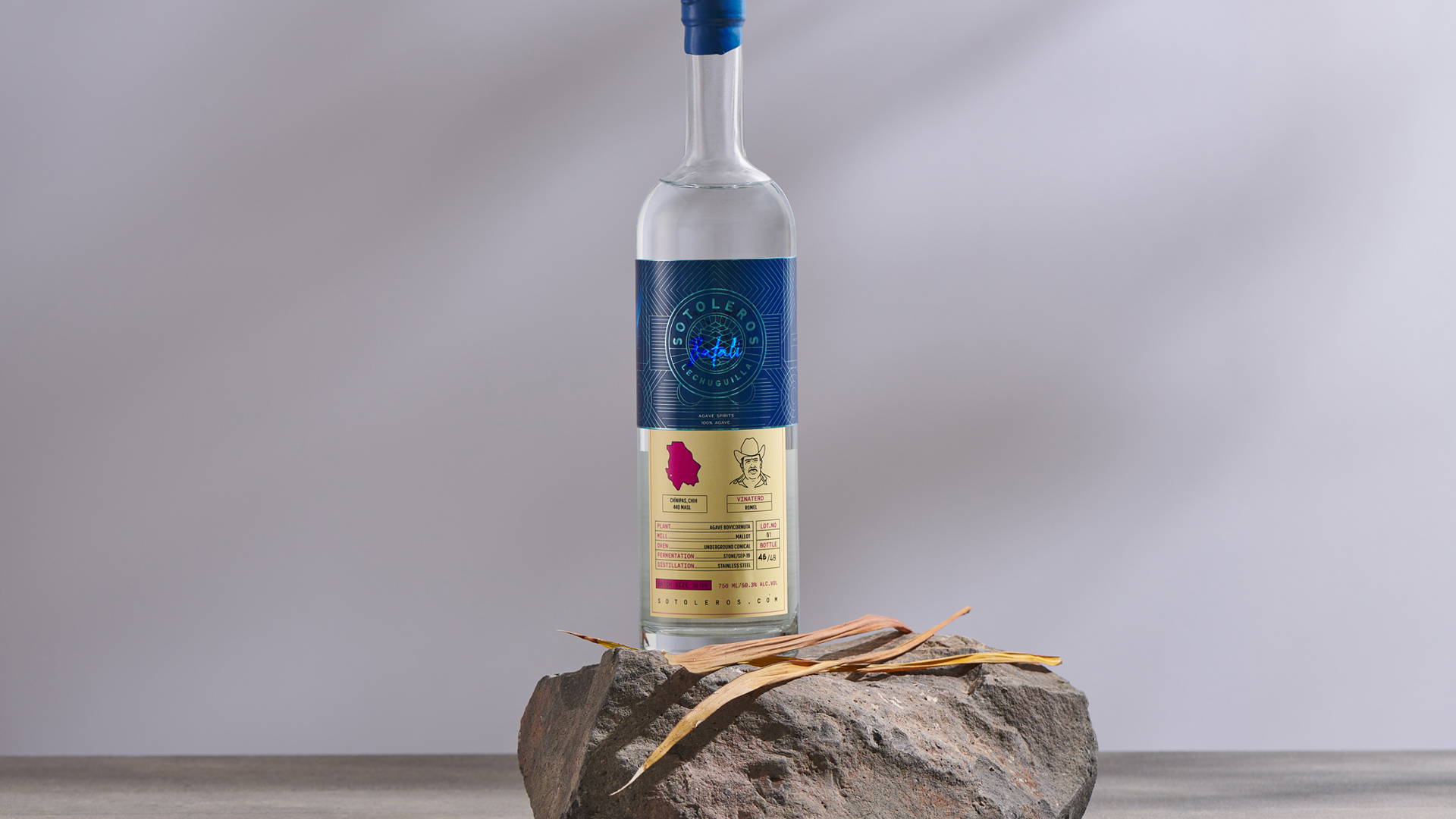 Sotoleros Is Not Tequila, But It's Just As Traditional

Go to any bar, and you'll hear tequila orders left and right. While everybody is familiar with tequila, mezcal, and maybe even other agave derivatives, Mexico has so much more to offer when it comes to distillates. One perfect example is sotol, named after the spiny plant whose sap provides the base for distillation purposes. Sotoleros is a brand of sotol that brings to light the tradition and complexities of the smooth spirit with a modern twist.

Working with EME to create a brand identity that would celebrate the customs and history behind the distillation of sotol, Sotoleros successfully created a look that spoke volumes. Emphasizing the hand-made aspect of the spirit, each bottle includes a stamp of a hand-drawn illustration of the respective artisan that crafted that batch. The assortment of colors, as well as the wax wrap seal around each bottle adds a playful touch, while incorporating a traditional Mexican color palette. The inclusion of the percentage of ingredients on the label’s front side, as well as a few hidden invisible ink messages, come together to further set Sotoleros apart.

Sotoleros is a compendium of traditional spirits from northern Mexico, which seeks to represent tradition, art, and culture. Local vintners have preserved these recipes through generations. The sotol plant was given its name based on the meaning of the word, which indicates a journey through time. Sotoleros represents a sourcing from the earth and the past, directly to your mouth. Since sotol is such a traditional spirit, we needed a fresh way to market it while representing its artisanal values.

We could not lose sight of the small details that make it unique, such as the hands that give it soul. In each bottle, we show the face of each of the "sotoleros", or sotolero masters, whose hands have crafted the elixir for you to enjoy. Details in colors, incorporating traditions, and invisible ink seen only with black light, make this package really special. Special flavor calls for special packaging.