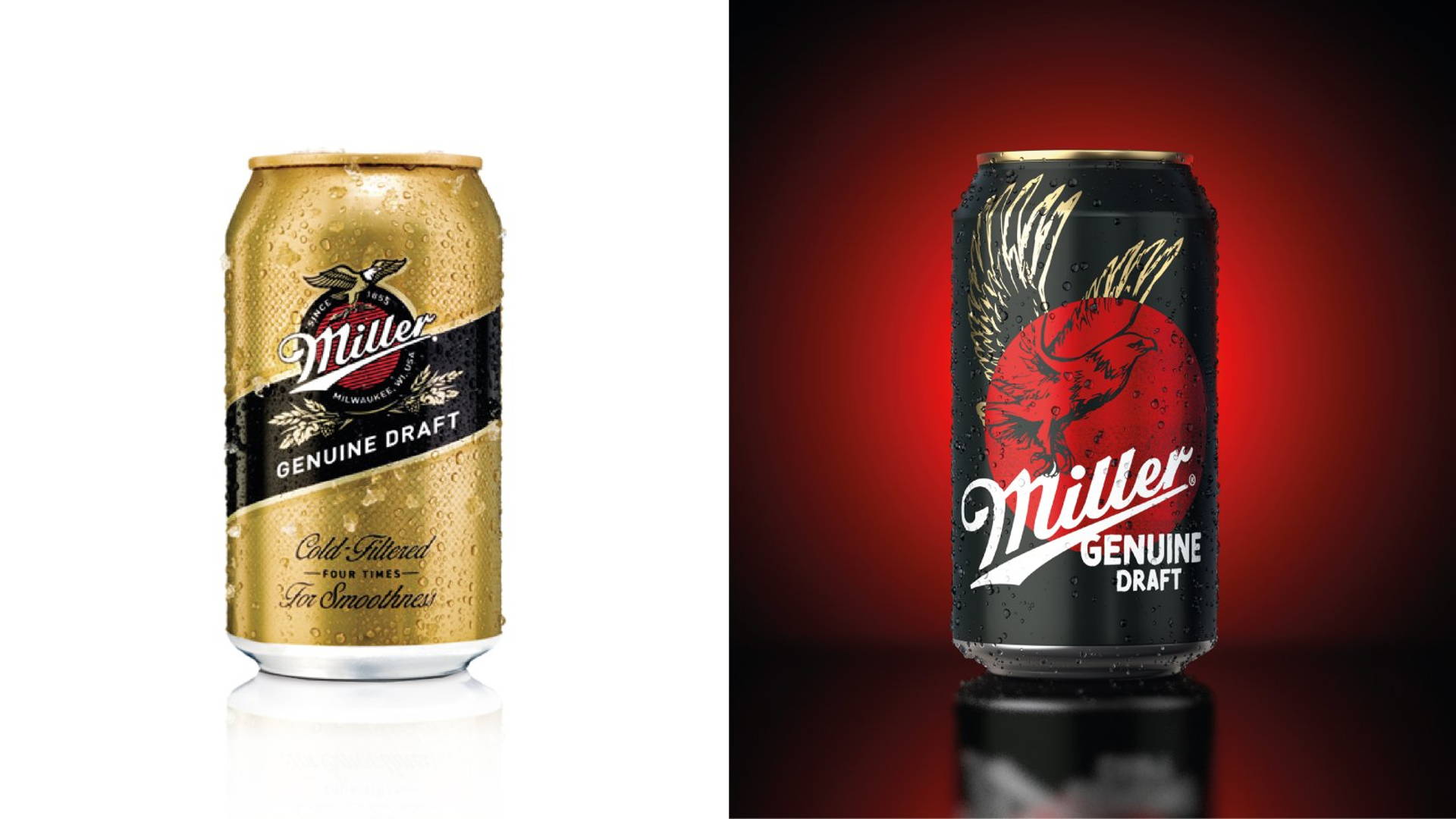 Miller Genuine Draft Gets A Genuine Refresh From BrandOpus

There’s a true-blue redesign, and then there are touch-ups. Maybe you fiddle with the typography a bit, but not too much. Or you tweak the illustrations but only ever so slightly. How about moving that banner down one centimeter, but absolutely not two? Like batting stances, most “redesigns” are a game of ever-evolving adjustments that are often so microscopic to the untrained eye that it almost doesn’t bear mentioning.

Well, Molson Coors just emptied a gasoline can’s worth of fuel onto Miller Genuine Draft and lit a match. Turning to creative agency BrandOpus, they’ve completely reshaped the visual identity of MGD to shake up the brand and restore some of the more genuine qualities of the beer cooler staple.

And what does that mean? Well, it means turning your minuscule bird of prey into a big ass eagle and putting a red spotlight on it. See all those banners, sashes, seals, and old-timey types? Yeah, get rid of those.

Now, that might sound a touch reductive, but the agency took the brand’s distinctive assets and brought them to the foreground. The beer was a success in the ’90s, but after two decades, they found themselves in the irrelevant wilderness where many Dad-brews eventually land. The agency discovered that no one could identify MGD’s visual assets, so they brought along their magnifying glass and voila—big ass eagle.

While it looks like they completely stripped away the predominant gold of the beer, you’ll now find it outlining the eagle’s wings and replaced it with a solid black. The red spotlight from the seal now clearly puts the spotlight on the AMERICA bird, literally, in an attempt to build a more iconic mascot. “Historically seen as authoritarian and static, we breathed meaning back into the brand through a more powerful and lively execution of the eagle,” said Paul Taylor, BrandOpus chief creative officer and founding partner, in a press release. ”Captured at the heart of the identity, we believe this distinctive asset brings a sense of depth and discovery to every moment with MGD.”

You can find the new MGD branding in stores as soon as this month. Likely, you won’t miss that soaring eagle when you pass it by in the beer cooler.

Your Cereals Should Be Bold So You Can Be Mighty