A New Legend To Behold: Adventurous Black Spiced Rum From The Cornish Coast

Kingdom and Sparrow had a challenge on their hands when creating the packaging design for the Crusty Juggler. Finding the perfect balance between quirky yet not novelty is easier said than done, but the equilibrium was perfected through monochromatic elements, imperfect elements, and typography reminiscent of tattoos. Nevertheless, the character and personality aren't lacking, and the overall design is grounded through the efficacious black seal wax. 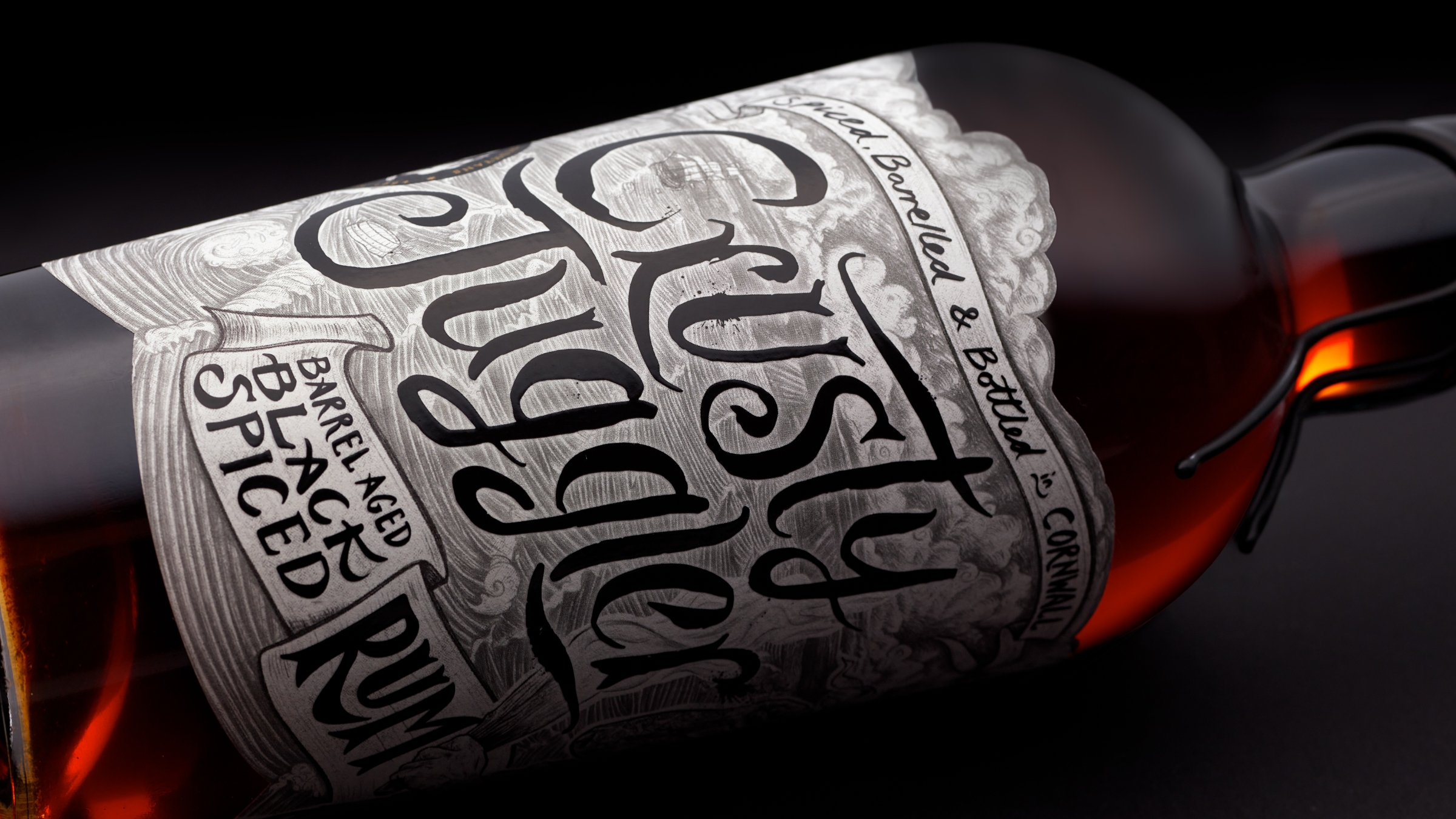 As the great great grandchildren of one of Cornwall’s first liquor sellers, Elizabeth Johns, Tom and Sam Hansen have passion for artisan spirits running through their veins. The brothers operate a bar and restaurant and two bottle shops, including the original Johns’ family business in St Ives established in 1894, but they’ve always had a dream to produce their own spirit too. In 2020, after spotting a gap in the market for a stand-out, mid-premium Cornish spiced rum, they set about realising their vision. They came to us with a keen idea for a pirate character-led brand identity - and it was our job to bring the Crusty Juggler to life!

To help Crusty Juggler stand apart from competitors and appeal to discerning tourists and local spiced rum drinkers alike, we wanted to keep the brand identity quirky but not too ‘novelty’ in its pirate theme. With this in mind we created a brand with a personality that captures the adventurous, independent spirit of the Cornish and the sea. We chose a gritty, monochromatic style with expressive lettering, detailed hand-drawn illustration and nautical messaging (including a bespoke poem) to tell the tale of the Crusty Juggler. The character himself has tattoos filled with discoverable details about the Johns’ family history and references to Hot Fuzz (if you know you know!), creating an intriguing world for consumers to delve into. A black wax seal tops off the bottle and adds to the seafaring tone.