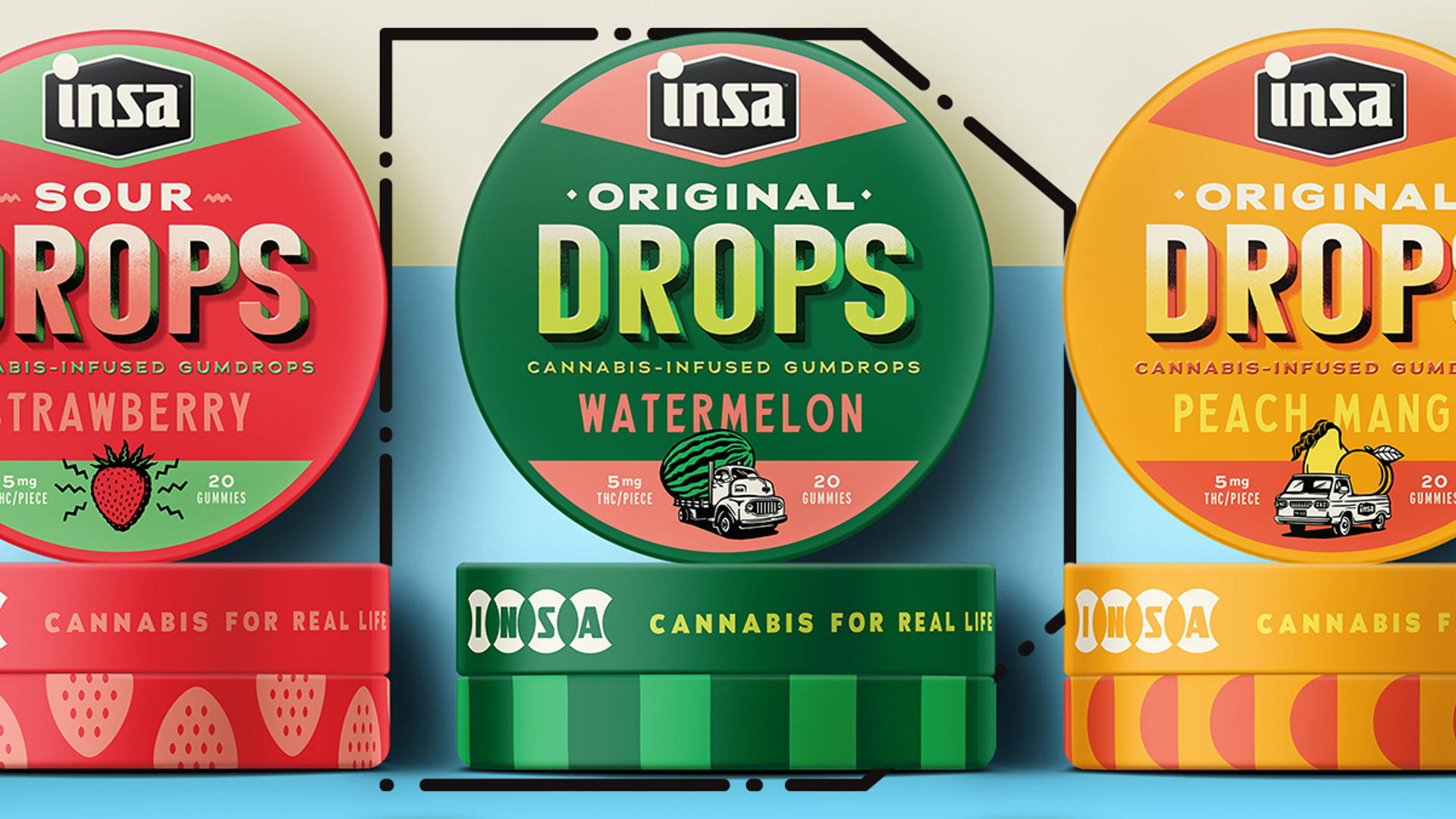 The first states to decriminalize cannabis and set up a regulated recreational market for adults were in the western half of the United States in places like Washington and Colorado. But as the levee breaks on the prohibition of cannabis, states on the other coast have started their own initiatives as well, including Massachusetts. Recreational cannabis is no longer the exclusive domain of California surfers, Portland hippies, and Colorado snowboarders; folks from the Northeast have much love for the kind herb, too.

To capture and communicate an authentic New England character, cannabis brand Insa looked to the talented folks at agency Moxie Sozo, who tapped into the spirit—what Angelenos would call vibe—of the everyday folks of the Bay State.

“The brand’s East coast, blue-collar, ‘everyman’ personality came out of conversations about where the brand came from and the role it plays in people’s lives,” said Paxton Wiers, Director of Strategy at Moxie Sozo. “Founders Pete [Gallagher] and Pat [Gottschlicht] grew up in Springfield, MA, and they’ve dedicated their lives to helping the community they love to have more good days, more often. The brand takes inspiration from them. It’s welcoming and invites people into the brand, but not at the expense of the ‘edge’ that helps to make so many brands interesting, powerful, and human. ”

“Some of the East Coast mentality centers around just being raw, real, and brutally honest,” says Evan Faber, CEO of Moxie Sozo. "It’s an attitude embodied in the Boston area. It's like, ‘I'm going to be brutally honest, and then I’m going to tell you I love you. I'm not going to try and beat around the bush. I'm going to tell you exactly how it is.’ It’s a little heat, and maybe a little sarcasm with some attitude, a directedness that might come across as brash from outside, but it is a social currency that exists in that region, and it allows you to be raw and edgy.”

“Cannabis is becoming increasingly crowded,” added Paxton, “and a lot of the brands in the space have leaned on old stereotypes and cliches, or else they’re billing cannabis as some kind of transcendental, other-worldly experience. Insa paints a much more realistic picture of what they offer: high-quality cannabis that everybody can enjoy and benefit from.”

Straightforward practicality, the kind ingrained in the descendants of Pilgrims, is immediately obvious. Drawing inspiration from the past, Moxie Sozo created a series of graphics that creates a visual language reminiscent of vintage industrial signs and posters.

“I think cannabis often gets used as a celebratory thing,” Evan says. “For heightened moments, heightened circumstances, it still exists in all those occasions. But now that cannabis is a little more normalized, it is available and accessible in new ways. It doesn't have to be this mysterious fantasy thing. We wanted to demystify it a little bit and make it much more approachable and understandable.”

Insa’s logos wear the Mid-Century Modern look well, owning the aesthetic with confidence without taking itself too seriously. There’s also some built-in quirkiness, with an oversized dot on the ”I” that breaks out from the logomark’s badge, which is also incredibly versatile for the company’s branding assets.

But all of that vintage, industrial goodness also adds to the approachability of the brand. It reinforces the idea of a tradesman, a blue-collar character that's witty, straightforward, and uncomplicated. Plus, the color palette is pragmatic and well-thought-out; Insa uses red, blue, and yellow to represent Sativa, Indica, and hybrids, respectively.

However, Moxie Sozo adds warmth to the hues, lending a sheen that calls to mind midcentury print advertising. “We wanted to reference the 50s era without it feeling too old or faded,” said Nate Dyer, senior creative at Moxie Sozo. “We went for a vintage look that didn’t feel like it’s been on the shelf for 60 years and faded from the sun.”

“We really wanted our brand to convey the personalities of our farmers, craftspeople, knowledgeable retail staff, and the ‘roll up your sleeves and get er' done’ founders," said Lisa D’Elia, creative director at Insa. "Moxie really got in and understood our roots and helped our brand find a true, cohesive visual voice."

Scenity Candles Are Made Of Gradient Dreams