Wewantmore is a design studio known for its exquisitely unique designs. Classically, the studio designed the limited edition bottle for Duvel Distilled's 150th anniversary. The bottle, shaped like the Duvel glass, is highly novel through its curved design and visual elements. Sleek and polished are words that only go so far in describing this bottle as it's genuinely one of a kind and beautifully executed. 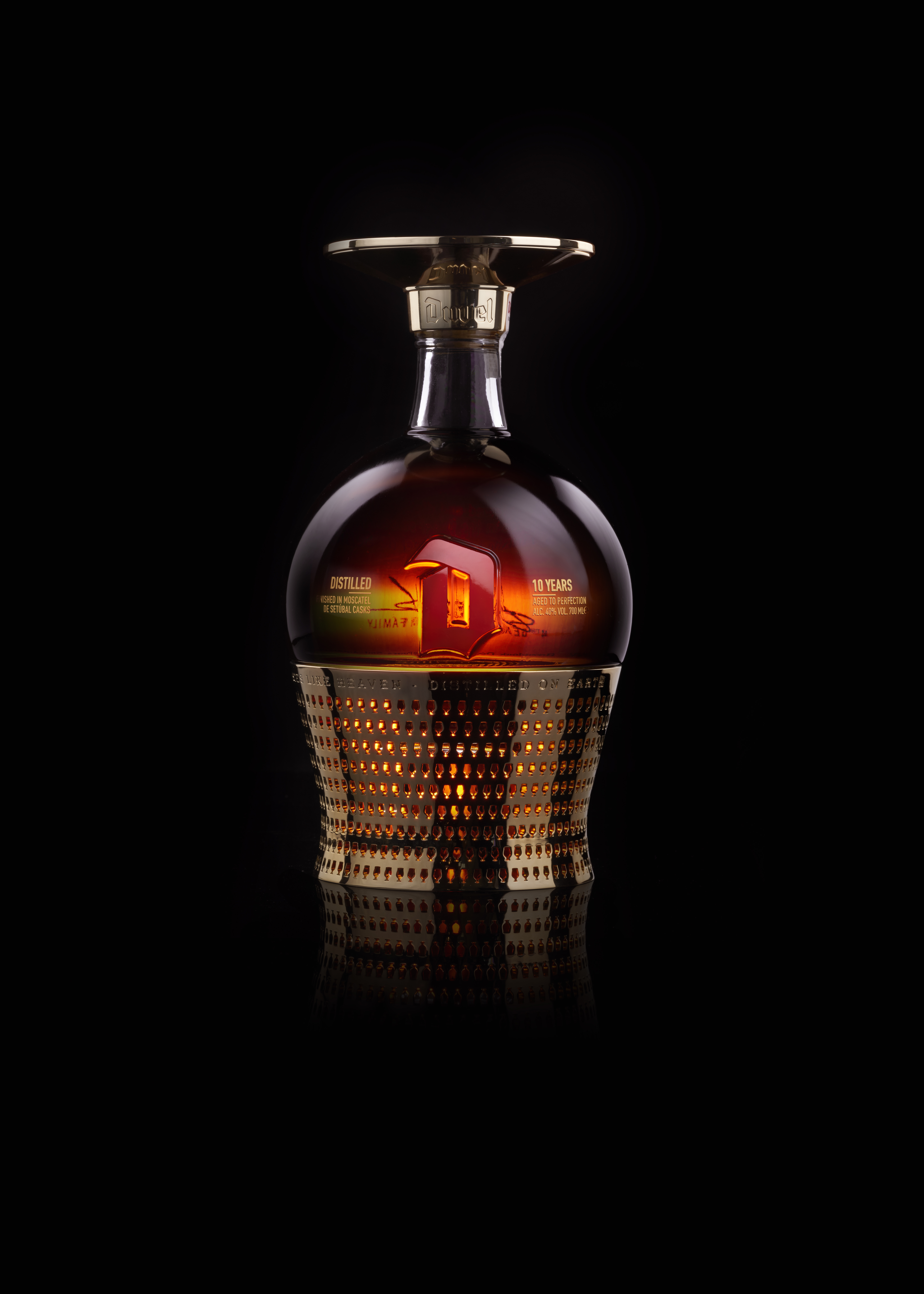 This year Duvel Moortgat Brewery celebrates its 150th anniversary. To kick off the jubilee year WeWantMore designed a limited edition Duvel Distilled bottle in the iconic shape of the Duvel glass. All the well-known visual Duvel elements such as the white full head of foam and the typical curve of the Duvel glass are a part of the design. Duvel marks its 150th birthday this year. To make this extra festive Duvel Moortgat decided to launch a Celebration Bottle.

An exclusive bottle with a heavenly distillate that was made from Duvel and was then aged for ten years in oak sherry and bourbon barrels followed by a finishing touch in Portuguese Moscatel de Sétubal barrels. The combination of the Duvel brew, the decade of aging and Moscatel finish gives this distillate an interesting flavour profile. Duvel Distilled has a lightly fruity and nutty taste with hints of vanilla, raisin and caramel. The iconic glass as the core idea WeWantMore came with the idea to reverse the iconic Duvel glass for the design of the Duvel Distilled bottle.

On the front it says ‘tastes like heaven, distilled on earth’. The visual element of the white head of foam has been included in the bottle holder and the foot of the glass became the cap of the bottle. “You shouldn’t touch an icon. But if you do, turn it upside down.” - Ruud Belmans, Creative Director at WeWantMore Ode to the Duvel fans Duvel’s unique brewing process, delicate taste and iconic full white head of foam gathered quite a following throughout the years. Collector’s items and new product launches with the iconic red D always tend to speak to a large group

Arby's Has The Vodkas?