IKEO Is A Conceptual Canned Coffee Beverage With Quite The Personality

Gradients are in, and Ikeo has tapped into the design element with grit and grace. Also featuring illustrated characters, Ikeo's iced coffee cans are as vibrant as you'll be feeling if you taste the caffeinated liquid within. Between the funky typeface and quirky characters inspired by the most popular cartoons, designed by Aya Magdy and illustrated by Ahmed Algendi, Ikeo has delivered on something many brands are missing: a big visual personality. 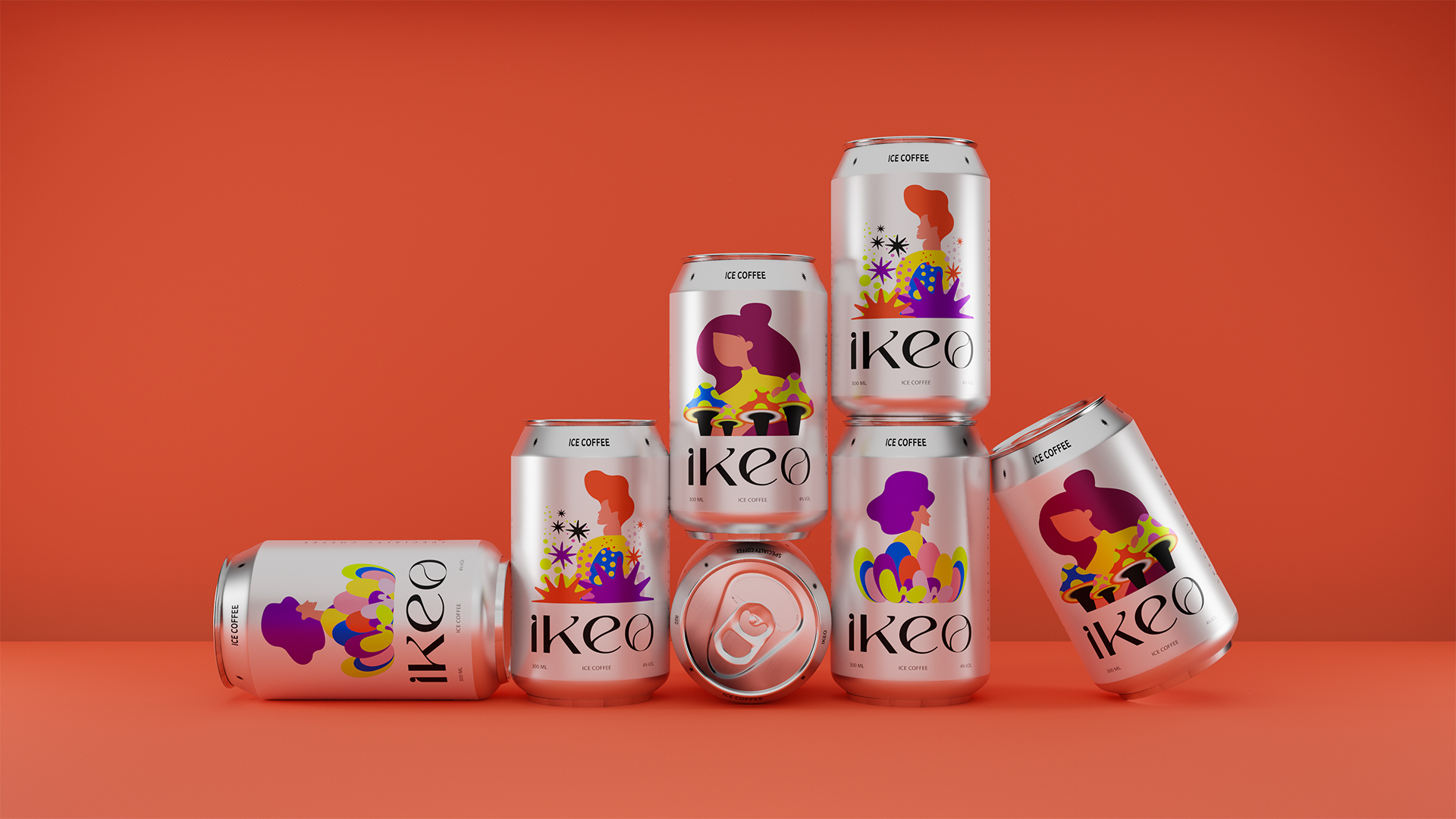 The steps of the project are directed towards the youth category, the most vibrant, exciting and vital influence among the dierent age groups, where the compass culminated in us to go to Juba to the beaches of Italy, where there is vitality and excitement, and from where the first brand ice coee was established especially on the beaches of Italy, specifically the summer, and from here we unleashed our colors in the sky.