The fall is pretty chock full of holidays and celebrations, so it’s somewhat surprising that America found room for another festive day, right next to Halloween, no less.

Like tacos, warm blankets featuring tigers, and cervezas, Americans have become smitten with another part of Mexican culture, Día de Muertos, or Day of the Dead, a holiday celebrated on November 1st and 2nd every year, with roots that go back thousands of years. Like so much of Mexican culture, the Day of the Dead as we know it today is most likely the result of syncretism, continuing the Nahuan pre-Colombian traditions of honoring the dearly departed with European and Catholic customs surrounding All Saints and All Souls Days, which fall on the same dates.

“Brands love the iconography of Día de los Muertos," said Gustavo Arrellano, Los Angeles Times columnist and author of the literal book on Mexican food in America, Tacos USA. "Loud colors, the skull theme, the traditions and rituals involved, and that it's all ‘Latino,’ which just so happens to be America's largest minorities nowadays."

Until recently, Día de Muertos had been a relatively obscure holiday in the United States. Sure, you could find trappings of the festival in the American southwest and Mexican communities, but AR-15 toting Ken and Karen in Michigan wouldn’t have known a catrina from a cantaloupe just a few years ago. But the holiday’s theme of connecting with past loved ones, its bright and colorful decorations, and its festive spirit has made Day of the Dead a hit with the Yanks, with many getting introduced to the custom via Pixar’s 2017 Coco, an animated film set within the mythology of the holiday, and the James Bond movie Spectre which features a parade celebrating the event. 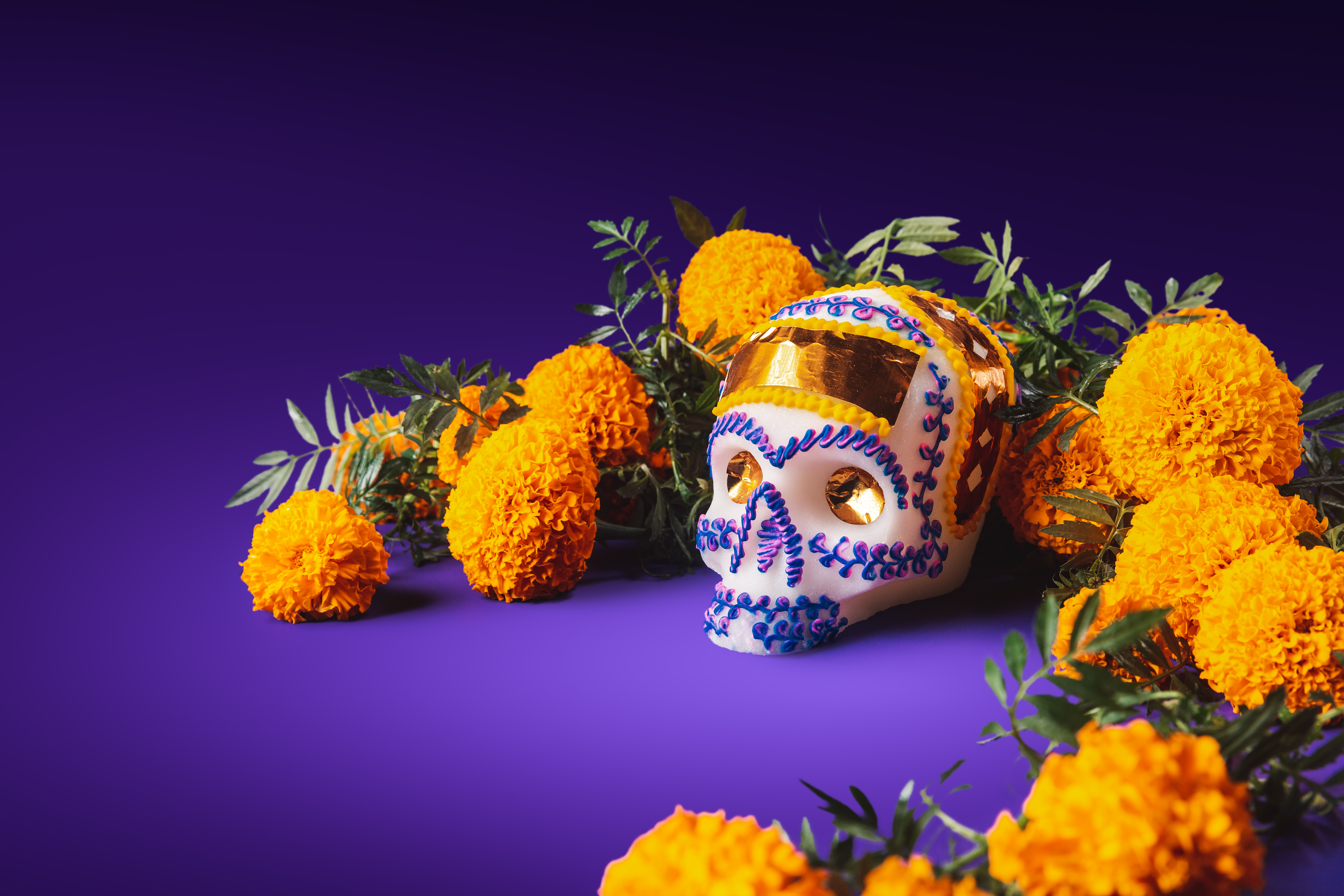 This Disney introduction, as well as a shifting of the country’s demographics towards an increasing percentage of the population identifying as Chicano, Latino, Latinx, Latine, or Hispanic, has also attracted the attention of brands across the nation, with many tapping into Día de Muertos and using it as a way to promote its products and capture sales. After Labor Day, examples of Day of the Dead-themed products and packaging, as well as advertising and social media posts, many from brands with little to no connection to Mexico or Mexican-Americans, appear everywhere in the US. But is Día de Muertos being exploited, another example of cultural appropriation, doomed to Cinco de Mayo’s fate?

Día de Muertos, like Halloween, features death, but it is more celebration since it is the time of year when the living get reunited with the deceased and being Mexico, that means it’s time to party. Bright marigolds are used as beacons for the dead, guiding them back to the world of the living. Altars, or ofrendas, are personalized to reflect the deceased, with their favorite items awaiting their annual return. Like Halloween, there are skulls and skeletons everywhere, though in el Norte the skulls aren’t ornately decorated, and you won't catch them wearing sombreros and dancing son.

“This festivity is sacred and respected in Mexico. It's not a trend or an aesthetic matter,” said Daniela Garza, creative partner and CEO for Anagrama, a design studio in Mexico City. “As a designer, it’s difficult to give an opinion since it is visually appealing, no doubt. But as a holiday, it represents tradition and culture. I am not sure if using Dia de Muertos as inspiration may be a good idea. Perhaps as a smooth and respectful reference, but it's best to avoid cliches,” Garza added.

The bright decorations, dancing skeletons, and festive attitude are tempting to incorporate in any themed design to sell more soda, and given that Hispanic Heritage Month happens a little before Día de Muertos, it’s a way to “double-dip” on the Latindad with one campaign. Making new packaging featuring sugar skulls and marigolds, with no real connection to Day of the Dead, can easily be seen as the culinary equivalent of adding peas to guacamole. A tasty interpretation, perhaps, but it can also feel disrespectful. Such applications of these tropes might be well-intentioned, and you can hardly fault brands for joining in on a fun holiday, but like any good branding, there needs to be a story, a connection to Day of the Dead, even if it’s something made up.

“Respect is important, and it’s relative,” said Sebastian Padilla, co-founder and creative director at Anagrama. “If you’re in Mexico, then it’s cool that a gringo does Día de Muertos and that they want to hype Mexican culture, and they can do it as much as they want.”

“We prefer dumb Republicans happy with anything Mexican rather than toxic policies,” Padilla added.

“But if we were Latinos based in LA and discriminated against on a daily basis by Republicans that hate Mexico, and those same Republicans have an amazing Día de Muertos party with margaritas, then it is reasonable to not be cool with it,” Padilla said.

Brands looking to succeed and really join in on Día de Muertos genuinely and effectively can do a simple thing—hire Mexicans for the job. Disney initially stumbled when making Coco, alienating Latinos by attempting to trademark “Día de los Muertos” ahead of production. After some backlash, the mouse regrouped and hired one of its prominent Mexican creative critics as a consultant for the film.

Who better understands how best to represent your brand through the prism of the Day of the Dead than folks that actually celebrate the holiday and is part of their culture? Fortunately, there are many talented studios in the country, born from the same vibrant culture that brings us Día de Muertos. Agencies like Futura, Anagrama, Hispánica, among others, would be a good place to start for bands that don’t want to miss the mark on Día de Muertos.

Pathetic attempts by brands to pander to Latinos or otherwise co-opt Latino culture has happened for so long and have been so bad that it’s also a source of derisive comedy on social media (and another Mexican cultural mainstay is finding the funny in everything and dunking on failure). “Shitty things are shitty and funny to destroy. But we need shitty to get sophistication, too,” Sebastian noted.

Regardless, consumers are watching.

“They better get it right lest Latino Twitter rightfully roasts them!” Gustavo Arellano warns brands.