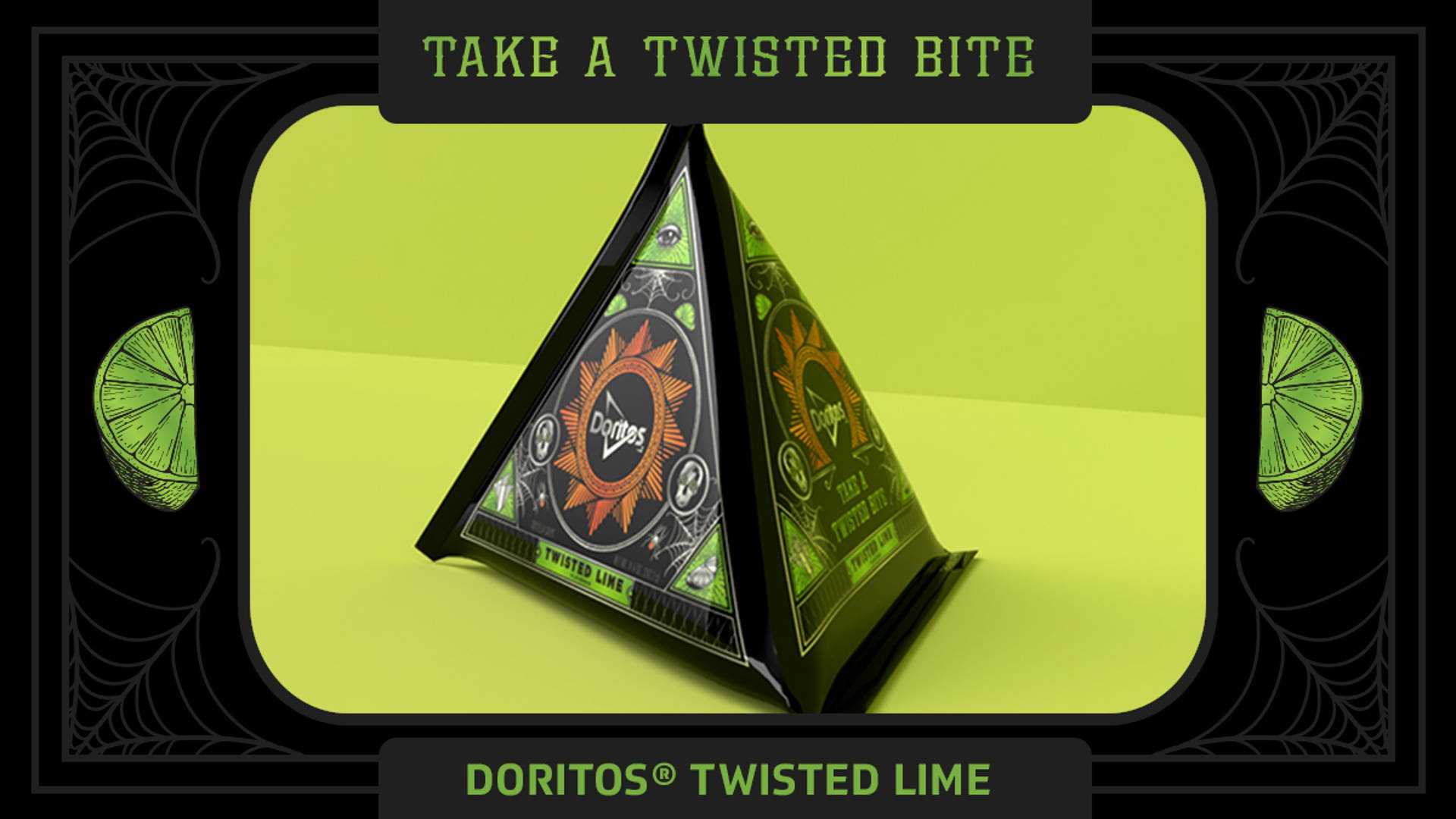 Last year, Doritos introduced a new flavor of its signature tortilla chip called Twisted Lime. The chip had a tangy, citrusy taste with a bit of heat and a hint of ranch. Although a limited release, customer feedback was strong enough that Doritos offered it in limited numbers since its initial release.

The snack brand has brought back Twisted Lime once again and is getting the word out with some slick promotional kits featuring a unique bag shape.

The theme of the packaging plays on secret societies like Skull and Bones and Illuminati, exclusive social and fraternal organizations that hold their customs and traditions strictly private, and as such, are the inspiration for ominous conspiracy theories. Skulls and pyramids with eyes, long symbols used in secret societies, sit with more triangle-shaped graphics, lime wedges, spiders, and webs, to round out the whole Halloween vibe. Pins also get included inside the box, a long-term memento that will outlive the lime-boosted snack attack.

The star of the show, however, is the pyramid-shaped bag. Unlike traditional pillow-like chip bags, the promotion Twisted Lime Doritos comes in a 3D-formed bag in what looks to be the same material used for conventionally shaped chip packaging. The predominately black bag features lime green and nacho-dust orange accents with a color palette perfect for Halloween, and, yes, it just looks cool.

Getting your hands on a pyramid-shaped bag of Doritos might require knowing a secret handshake, but anyone can order 9.25oz of Twisted Lime Doritos at Snacks.com while supplies last.