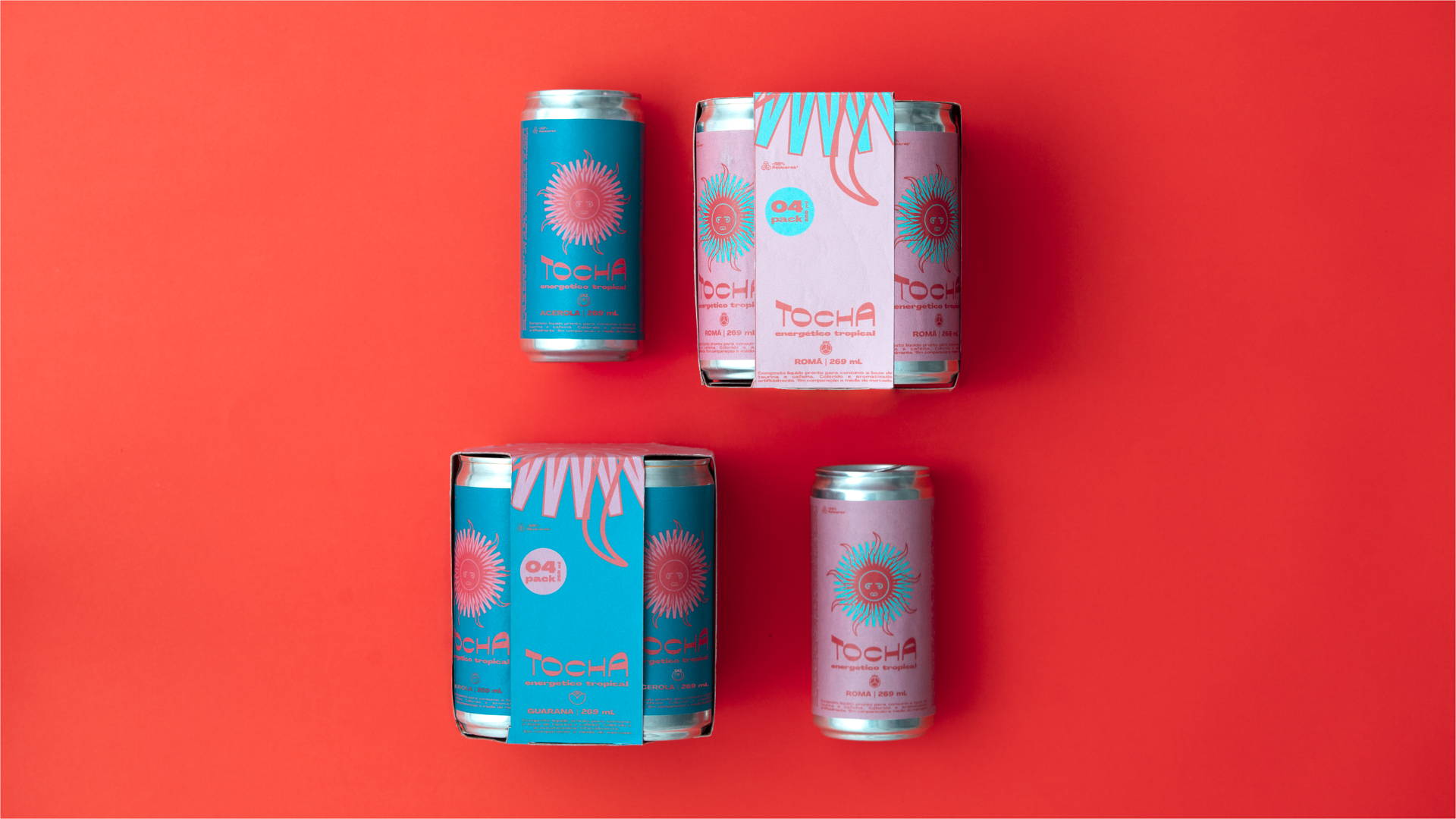 Tocha Energy Drinks Are Funky, Fresh Fun In The Sun

With Tocha, a beautifully designed energy drink, you'll want to chase the sun all day.

With a logo featuring a smiling tribal sun, the cans are a vibrant blue and pink, giving the consumer the sense that the Tocha should be your go-to beverage as the day ends. The color combinations are reminiscent of a sunset lighting up the skyline with beautiful, pastel colors, and the typeface utilized throughout the brand has a distinctive free-spirit, making Tocha an energy drink that establishes itself as a funky, fresh option in a crowded category.

Tocha energy drink is a packaging design project developed during the graphic design course in São Paulo for the FMU FIAM FAAM college in partnership with the company Elétron Energy Drink (Rio Grande do Norte, Brazil) in December 2019.

Named Tocha this energy drink won a study of naming, it is popular, phonetically easy to memorize, and has a direct association with the heat phenomenon, being still close to the northeast popular slang "rock" in Brazil.

With a Latin American aesthetic, the sun sign graphically expressed in a tribal way was selected and removed from studies, which represents energy as a personality, as well as seeking to promote the anamnesis of "Tropical", a concept that is closely allied to Brazil's imagery identity.

Initially, the color palette was removed from the flag of the state of Rio Grande do Norte, the largest place for manufacturing and consuming the energy drink, however the chromatic range won an evolution guided by studies of naming becoming polychromatic with vibrant tones that complete the individuality of the design developed.

The logo has a superior arc deformation to ensure the Gestalt concept of continuity when approaching the sun sign in the visual programming.

Our Executive Jury is Here

TerraCycle Wants To Add A Little Fun To Recycling With ReZound