Quality Always Starts With A ‘K’

Since Korkunov entered the Russian confectionery category some 20 years ago, the country has experienced a cultural and creative explosion. Previously associated with a Soviet sense of being utilitarian, uncompromising and formidable, its warmth, creativity and entrepreneurialism had been masked. A generation of Russians were starting to step away from convention and conformity and it was challenging how brands should express themselves.

Korkunov had long defined the standards in chocolate gifting, with its pralines becoming synonymous with the feeling of ‘you mean something to me’. But as the culture evolved, so did the category, and the brand’s association with its eponymous founder had left it lacking relevance and aspiration. For a brand only in its third decade, it had started to feel decidedly old fashioned.

This was compounded by the fact that new competitors were not only offering more compelling and desirable alternatives to the brand, but they were doing so with greater visibility and presence at fixture.

Knowing that status and prestige were still powerful motivators though, leveraging the brand’s heritage and reminding consumers of just what giving and receiving a box of Korkunov means would support the brand’s ambitions to:

As with any brand rejuvenation, respecting the past was essential. And having spent time analysing the competitive environment, a focus was placed firmly on delivering stand-out at shelf without losing any recognisability. Having learned that counterfeiting was a genuine concern of consumers, this also supported the need to focus on providing special attention to one of the brand’s most iconic elements – its ‘K’ mark.

The K was a ubiquitous element of the previous brand expression, playing a prominent role across packaging and the pralines themselves. However, under closer inspection, there was very little consistency in how it was deployed. In fact, there were 4 different forms and to drive the ownability and associations we aspired to, this needed to change. In creating one K to rule them all, we elevated its greatness, creating not just a character with character but a timeless mark that would be unmistakably Korkunov.

By carefully crafting, refining and underlining the core property of the brand, not only was a more contemporary visual identity developed, but a renewed sense of quality was injected. 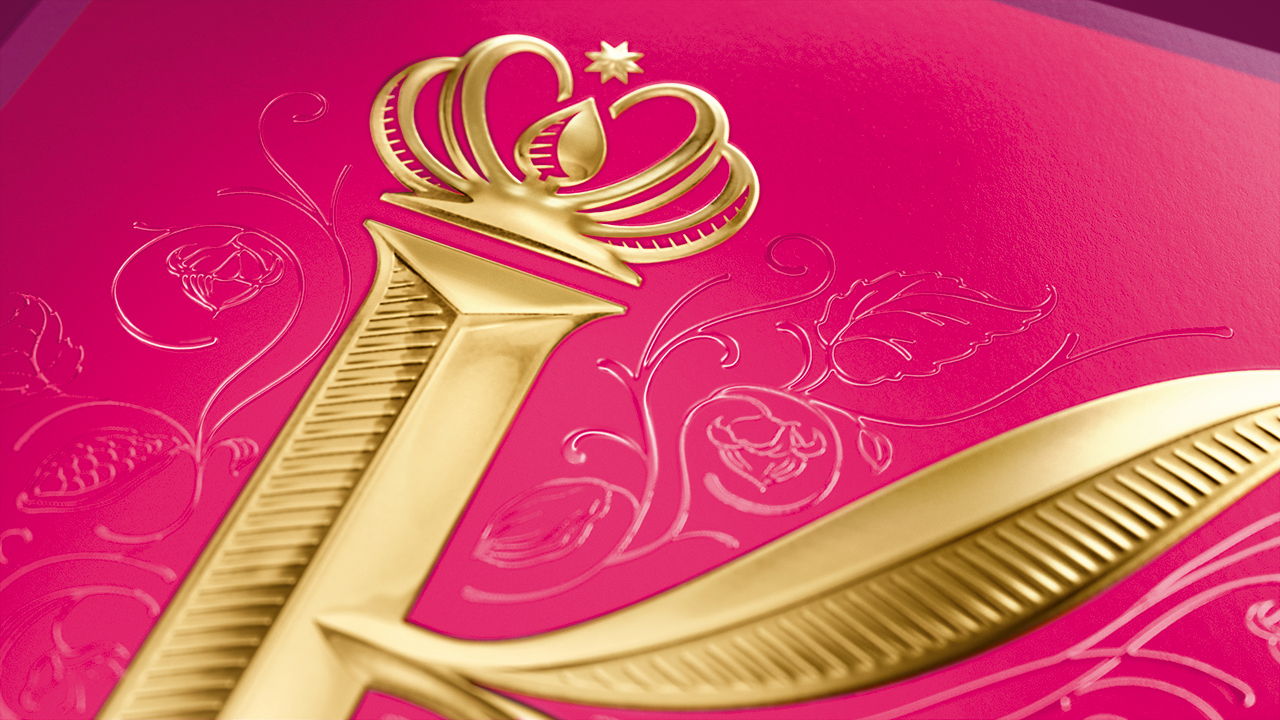 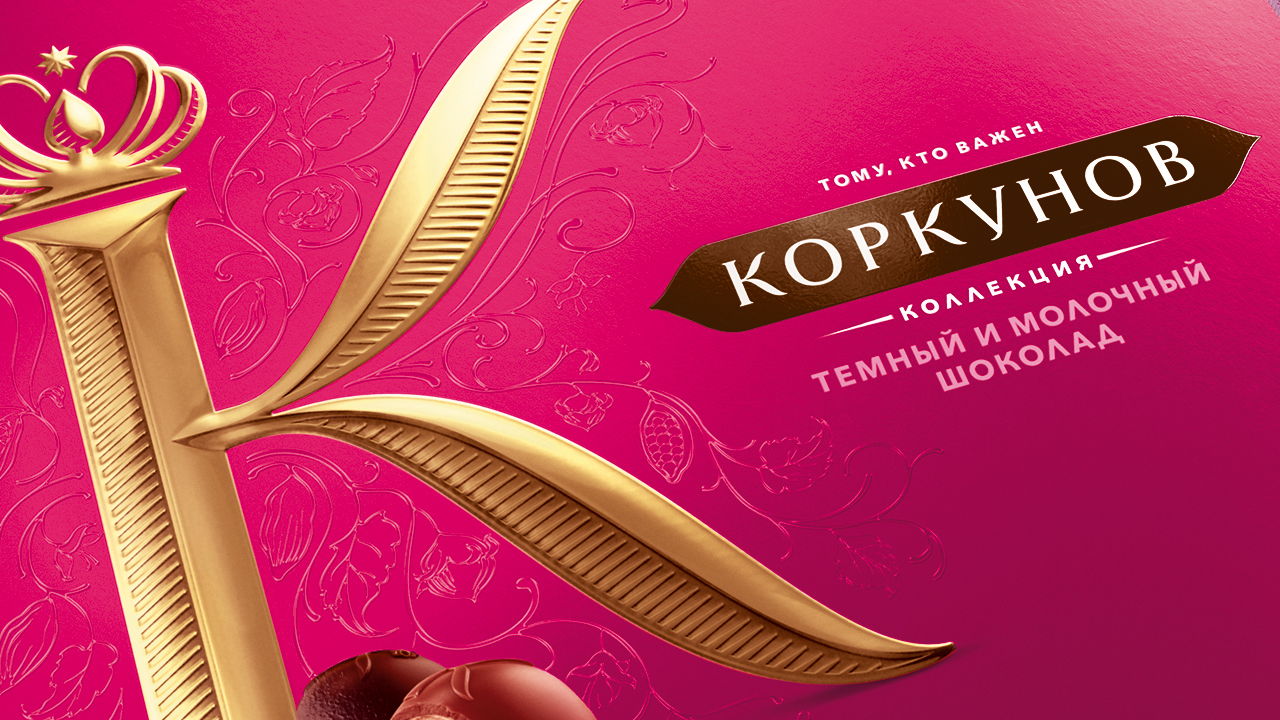 Serendipitously, both the Russian word for quality – kachestvennyy – and the brand name itself begin with the same letter. This permitted parallels to be drawn with the brand expression – ‘quality always starts with a K’.

Quality, therefore, became the theme for all other elements of the brand’s packaging expression. Ornate filigree – complete with ingredient discoverables – was inspired by the Russian craft of Khokhloma pattern making, with each emanating from the newly created ‘K’ mark. Careful consideration was also given to developing a more ownable, vibrant and warm hue of the Burgundy and Sovereign gold colours that had previously been inconsistently deployed.

To forge a visual link between Korkunov’s DNA and the evolved expression, further investment was placed into the crown component of the new K with an injection of craft and wit providing a new visual representation of the praline ingredients. A newly crafted star represented the brand’s authoritative positioning in the gifting category.

But it didn’t stop there. Taking inspiration from the newly crafted ‘K’ mark, new chocolate moulds were created and wrapped in fresh foils befitting of the new identity and reflective of the flavour variants that could be found inside. These became a key part of the new product and ingredient depictions designed to not only tantalise the tastebuds but help establish a monolithic expression across the current and future product ranges.

With new products expected to be introduced to the portfolio, the new brand expression was developed to successfully accommodate any new additions whilst driving greater integration, cohesion and brand presence across a range of retail environments.

With the new visual identity relatively new in the market, we still await the commercial data to measure the project’s effectiveness. But with the delivery of an uplift in brand visibility at shelf a key design objective, it’s been pleasing to see that there has been a significant (36%) uplift delivered through a strong shelf-block combined with powerful new Distinctive Memory Structures. This takes the brand above Raffaello who had been identified as ‘owning the shelf’.

A transformed box structure created a more ownable experience, with a new tray cushioning the precious cargo of pralines as if they are jewels, with a new sliding mechanism introduced to make sharing easier. This completed a brand rejuvenation that feels familiar yet transformed, and with a beautiful and elegant range of packs each containing exquisite detailing. 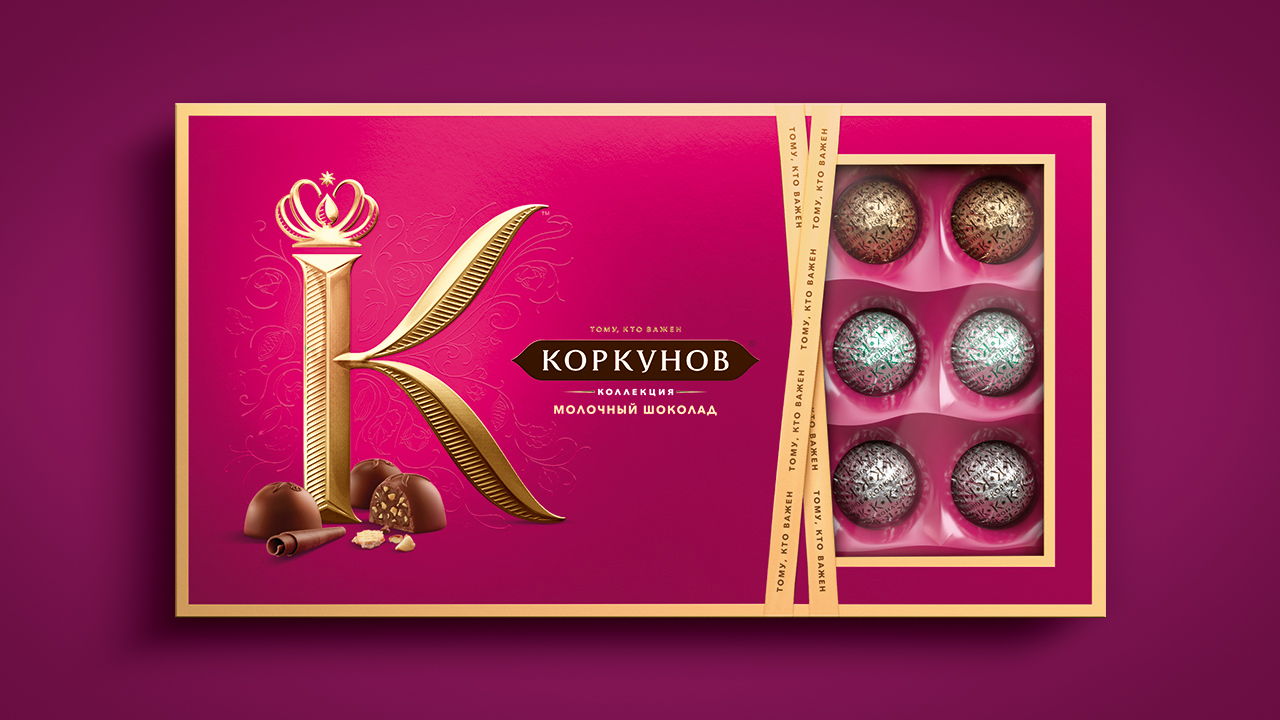 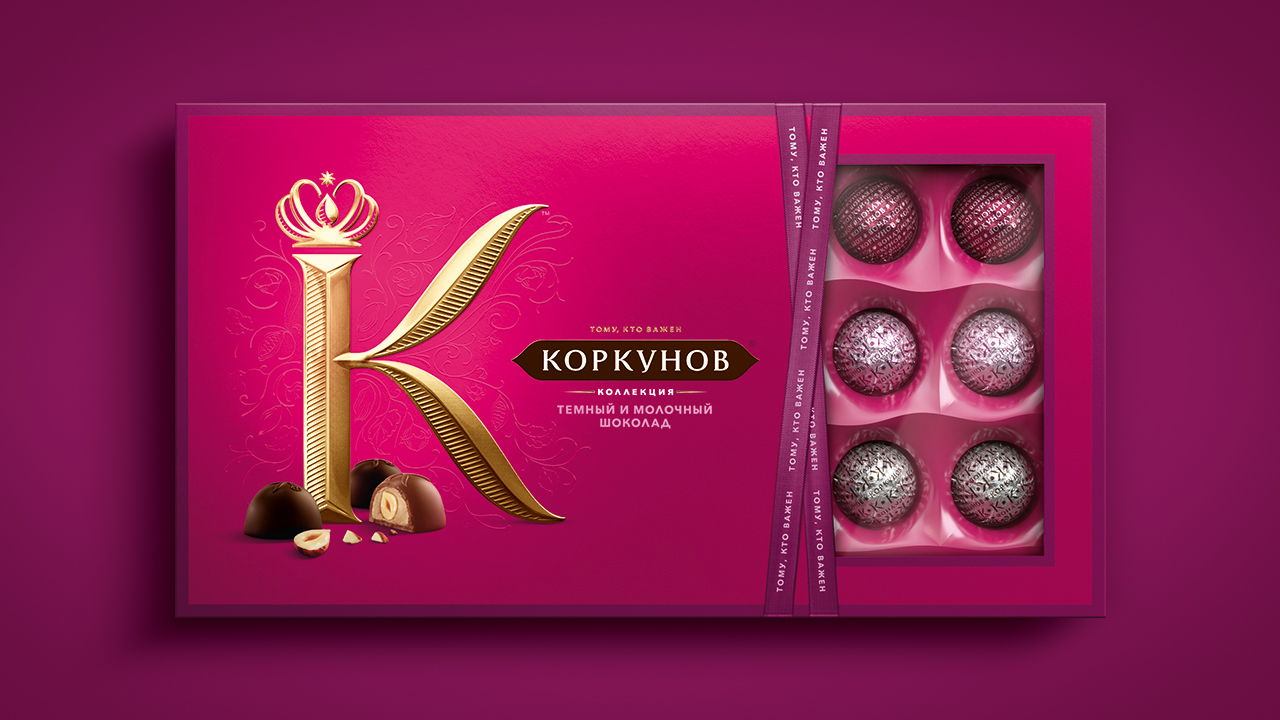 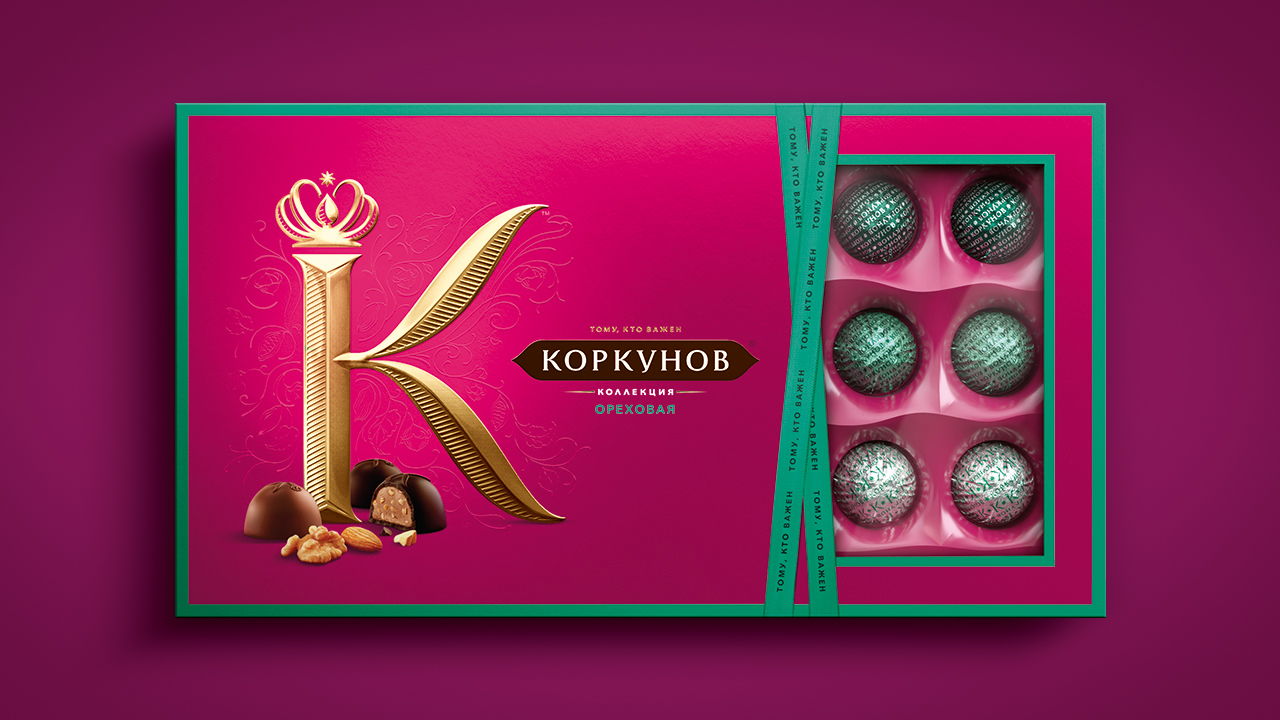 With the visual storytelling in place, the process of ensuring that the vision for the visual identity was realised in production got underway. Working closely with typographers, illustrators and production experts, each and every finishing detail was considered to ensure that the K mark could be produced in all its glory.