Musgrave Pencil Company Has Packaging That Doubles As A Keepsake

When James Raford Musgrave founded Musgrave Pencil Company in Shelbyville, Tennessee, in 1916, red cedar was abundant and manufacturing in the United States was on a steady upswing. The tenacious entrepreneur began milling cedar slats to supply pencil makers in Germany, and by the early 1920s, Musgrave transitioned to full-on pencil production. Business was booming by the late 1950s and Shelbyville was on its way to earning its reputation as The Pencil City.

Now, more than 100 years later, Henry Hulan is at the helm, nurturing his grandfather’s legacy and preserving the family-owned business as an iconic American manufacturer. Marketing Director Nicole Delger explains their decision to work with Paper Tube Co. to design an innovative and functional new package. “We wanted to create a beautiful package that would double as a keepsake to leave on the desk to keep your pencils in.”

Previous designs included matchbook and sleeve style packages suitable for smaller pencil sets. Wooden boxes were also a great fit for uniformly sized pencils but were no longer useful for pencils of a wide variety of shapes and sizes. A paper tube was the natural next step. The functional elements of the new package were designed first with the pencil cup as the focal point. 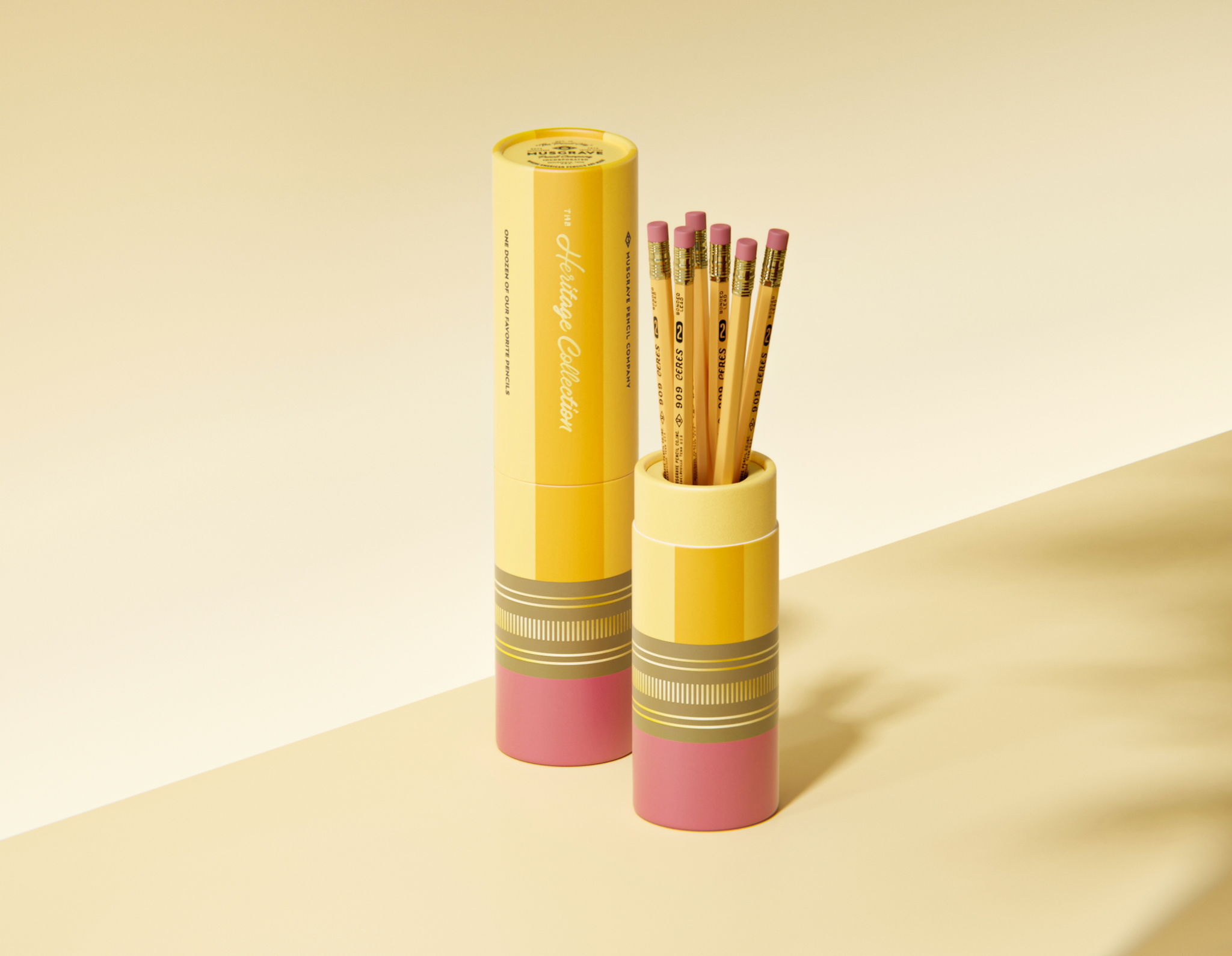 “We worked hard to create a seamless look that would also be visually appealing when separated and placed on the desktop,” says Delger. Impressed with the stylish-yet-functional form and high-quality materials used in our paper tubes, Delger and the design team eventually landed on a creative, unmistakable concept. “Believe it or not, we had many other designs in mind. The eraser and ferrule were additions we didn’t integrate until the end of the process,” laughs Delger. “It feels so obvious when you look at the final product (a tube that looks like a pencil), but it’s interesting we didn’t start there.”

Not many family-owned businesses can boast over a century of continuous operation, much less the production of an American-made product as relevant today as it was 100 years ago. “People don’t realize they have the choice to buy American when it comes to pencils,” explains Delger. Take a look the next time you’re in the office supply section of a big box store and you’re likely to see that Musgrave Pencil Company offers superior quality while supporting our domestic economy—-just two reasons they are proud to be American-made.

Musgrave’s grandson and Chairman Henry Hulan sums it up best: “We hope to be making pencils for at least another 100 years.”

“Paper Tube Co. team was responsive, professional, talented, and paid attention to the details. Their systems were seamless and they worked hard with us as we problem-solved how to make our packaging functional and beautiful.”