Got Attitude? NAVEIA's Oat Milk Wants To Wake A Revolution

Naveia was born with an optimistic look into the future and a powerful intention to save the planet. Knowing we can only change the world together, the brand invites other people to wake up and act – before it's too late.

With no added sugar, preservatives or lactose, Naveia is an evolution from ordinary cow's milk. A more delicious, nutritious and sustainable oat based beverage, putting the environment and animals first. After all, the only thing "we really can't live without" is our planet.

To translate their purpose and sustainable mindset into the design, we have turned a simple package into an activism symbol. Each ritual with Naveia – whether it's breakfast, vitamin shakes, creating recipes or drinking it by itself – is also an invitation to be part of a fiber-filled revolution.

Language was a very important element in building the brand. The name selection, which makes reference to the ingredient this vegetable milk is based on ("aveia", which is 'oat' in Portuguese), also has a strong bond with a popular Brazilian expression. In Portuguese, "na veia" (or "in one's veins") means a feeling of rapport and intense attitude.

The single eye, highlighted on the package, represents the brand's only goal: to preserve the planet. With a strong and iconic symbol, which stands out on the shelf, we capture consumer attention and invite them to "open their eyes" and wake up to change. Additionally, all illustrations and some of the type fonts were done manually to express Naveia's bold attitude.

For launching the oat beverage, idealized by vegan activists, we have been inspired by people who have also left a positive fingerprint on the world. The result was an illustrated book, celebrating their revolutionary stories. Take action. Changing the world can be really tasty. 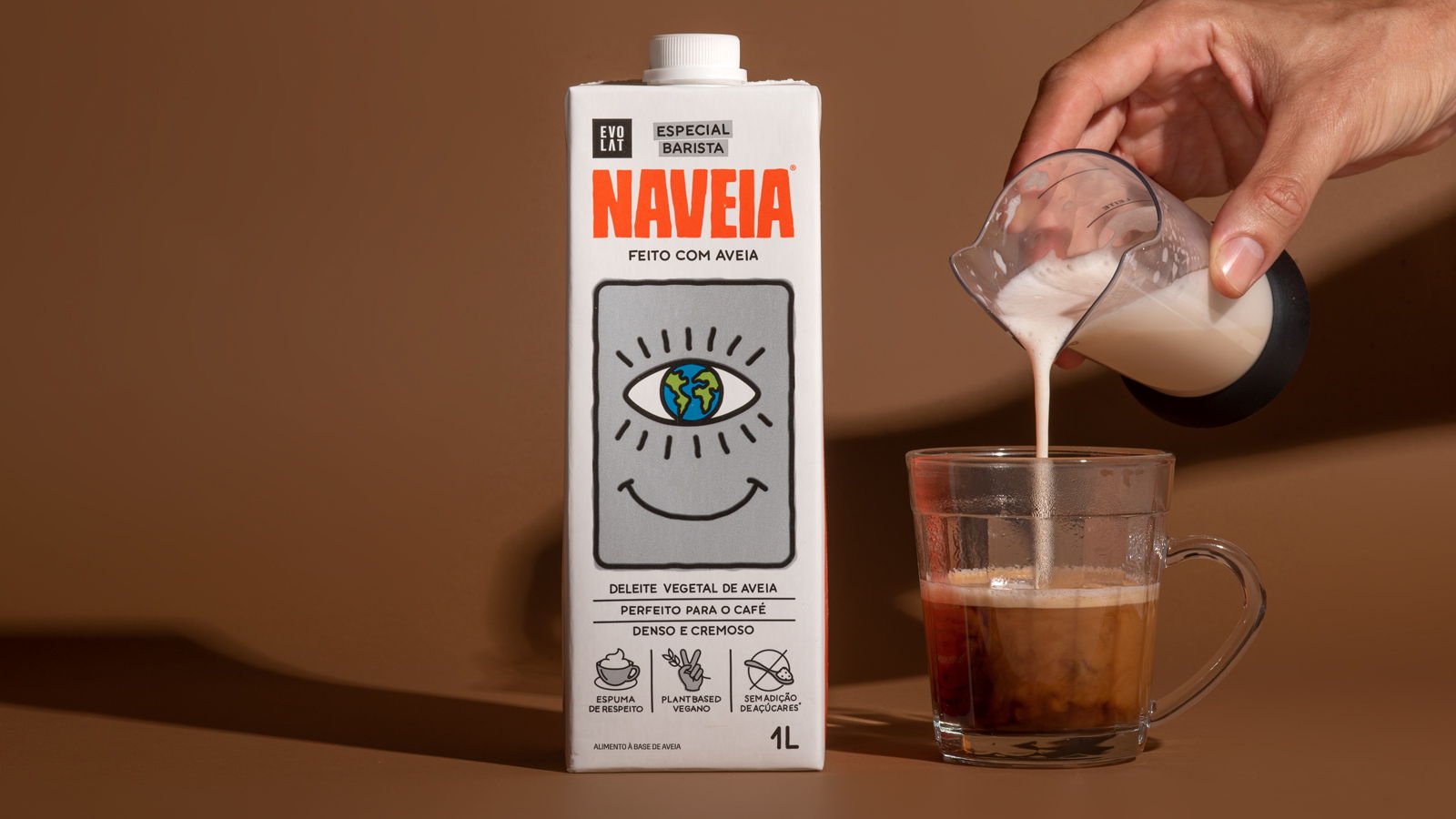 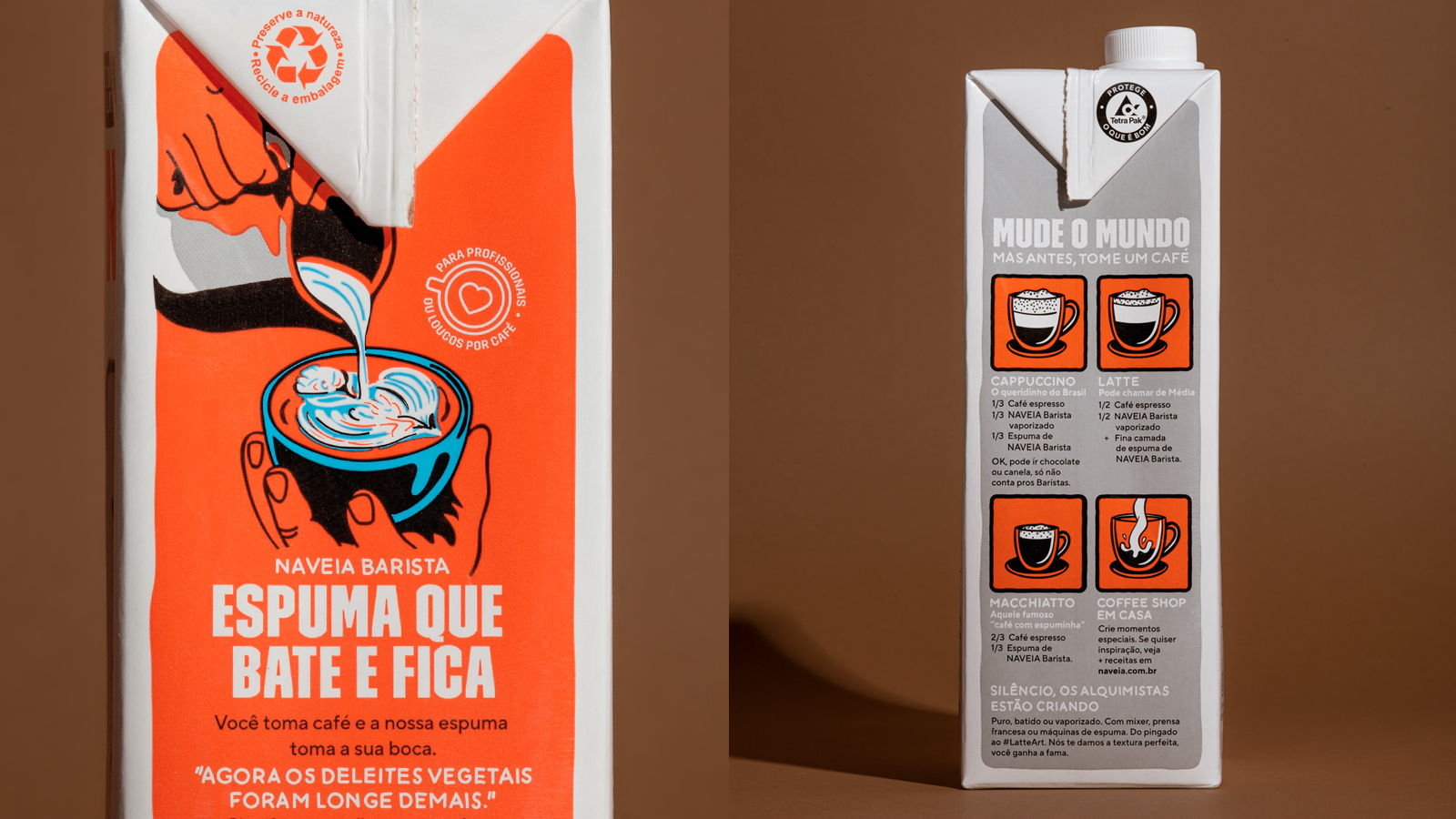 The original flavour package has blue and orange as its main colours. In the Barista version, made especially for blends with coffee, the silver colour appears as a premium element, connecting the design with the stainless-steel utensils used by baristas. The white ratio on the package, on its turn, reminds of milk and works an important code in the category.