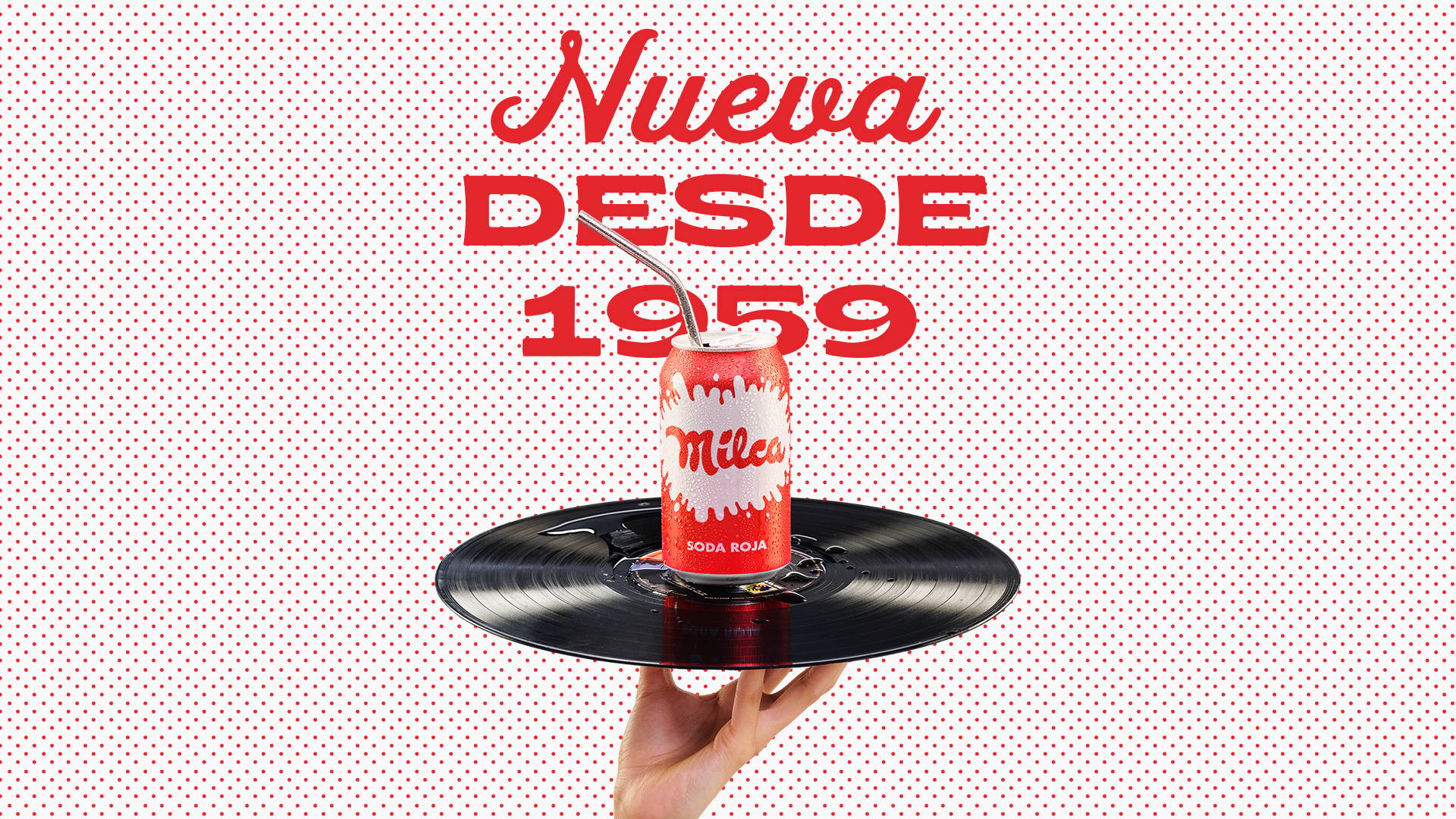 Relaunching a Soda Pop Icon After Decades of Absence

After more than two decades of absence, the Milca brand has returned to Nicaragua and expanded through Central America. Using retro-style branding, it was designed to capture the hearts of both centennials and millennials.

After more than two decades of absence in its origin market, Milca decided to return to Nicaragua and expand through Central America. In partnership with Pupila, we developed a relaunch and positioning campaign that captured the hearts of centennials and millennials through nostalgia marketing insights and popping modern retro visuals.

We anticipated Milca to be received as a new product by most 'youngsters', which make up for most of Nicaragua's population. However, we also expected stories and anecdotes to be told by 'oldies' who had enjoyed it back in the day. They organically backed up Milca's positioning as the original red soda, which we seized through the hashtag #larojaoriginal.

THE DUALITY OF BEING A LEGACY BRAND, BUT ALSO NEW TO MOST OF THE MARKET, GAVE US A PARADOX THAT SPARKED CURIOSITY: 'NEW SINCE 1959'.

Beyond being a delicious thirst-quencher, Milca became a proven conversation starter.

Together with Pupila, we challenged the usually overloaded graphics used in the soft-drinks category. In turn, we proposed clean and flat-colored visuals to build an eye-catching grid system that flexibly featured slogans, retail information, and product images.

Product shots were produced by Madre with the help of business photographer Otto Mejía. We also developed scripts for radio spots and created a new version of Milca's vintage jingle produced by the talented team at Mosaico Audiovisual.

Furthermore, through Boxed Nicaragua, we put together a special gift-kit aimed at influencers who excitedly shared their unboxing experience and joy at receiving some Milca love.

This Mezcal's Design is Like a Party On Paper