Boom Bowl is a poke take-out with a friendly personality. To convey the brand’s homey character, Anagrama created a custom type system that is inspired by the mix-and-match nature of poke bowl meals.

The identity for this project is based on the visual representation of the ingredient-mixing culture, hand in hand with the practicality and personalization of the poke. We created a dynamic typography based on Lab Grotesque by Letters From Sweden with a point based system including four icons working individually and representing the components that constitute the dish: base, protein, toppings, and dressings. The icons' face elements were designed to match with the typographic dot system. The resulting logo generates variants claiming advantage of its typographic versatility. 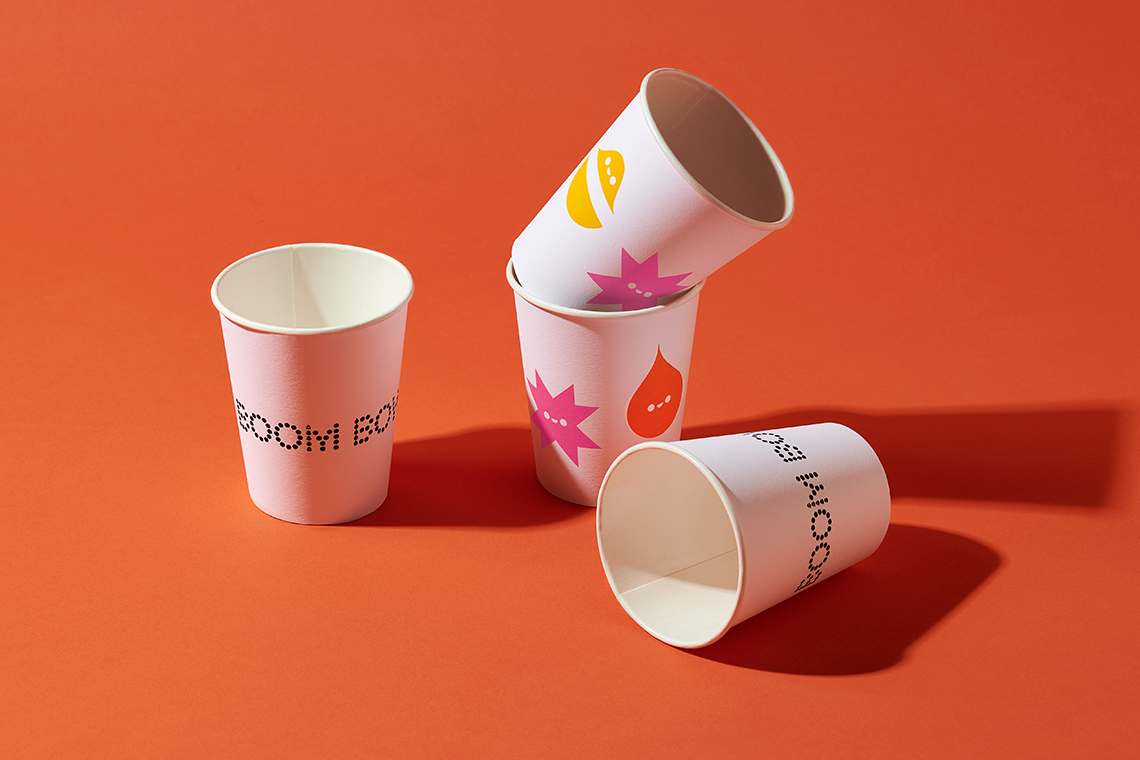 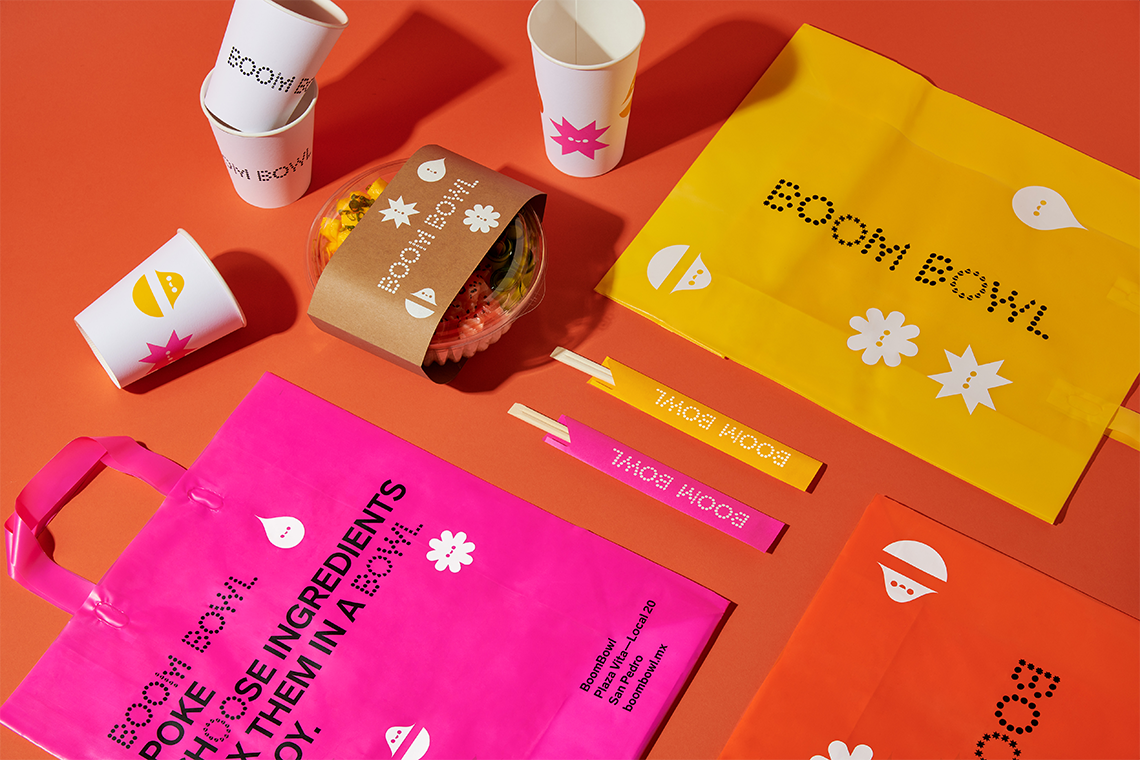 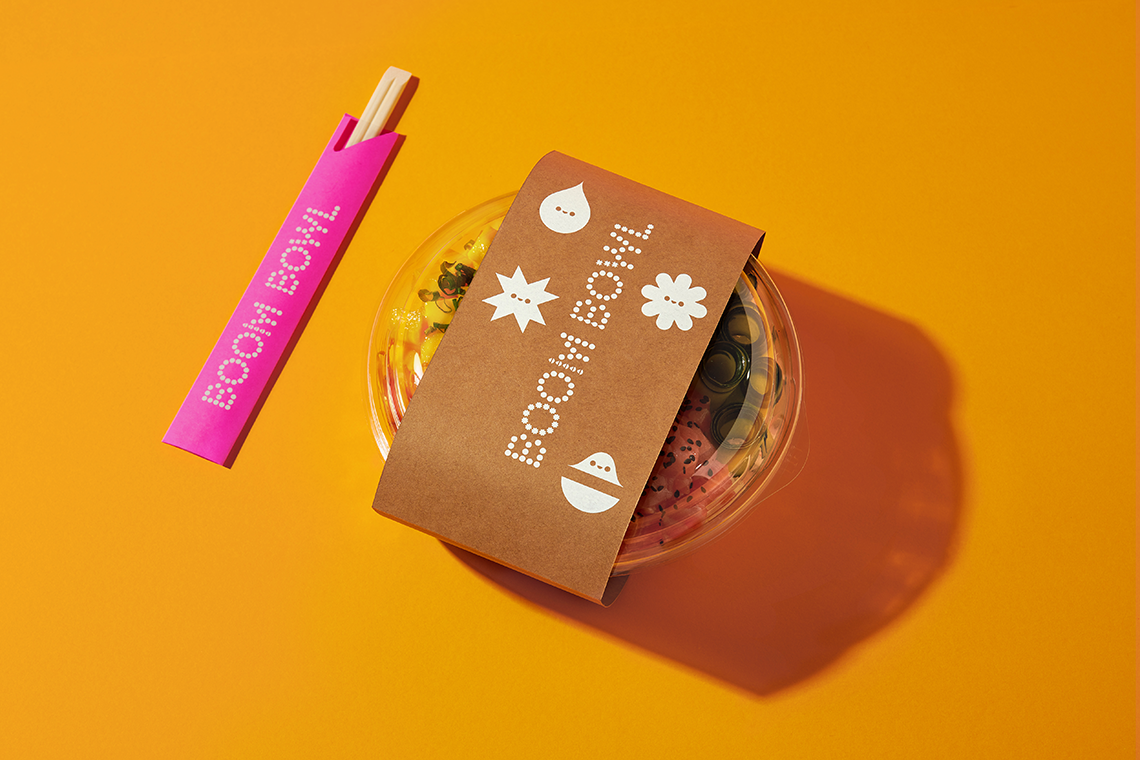 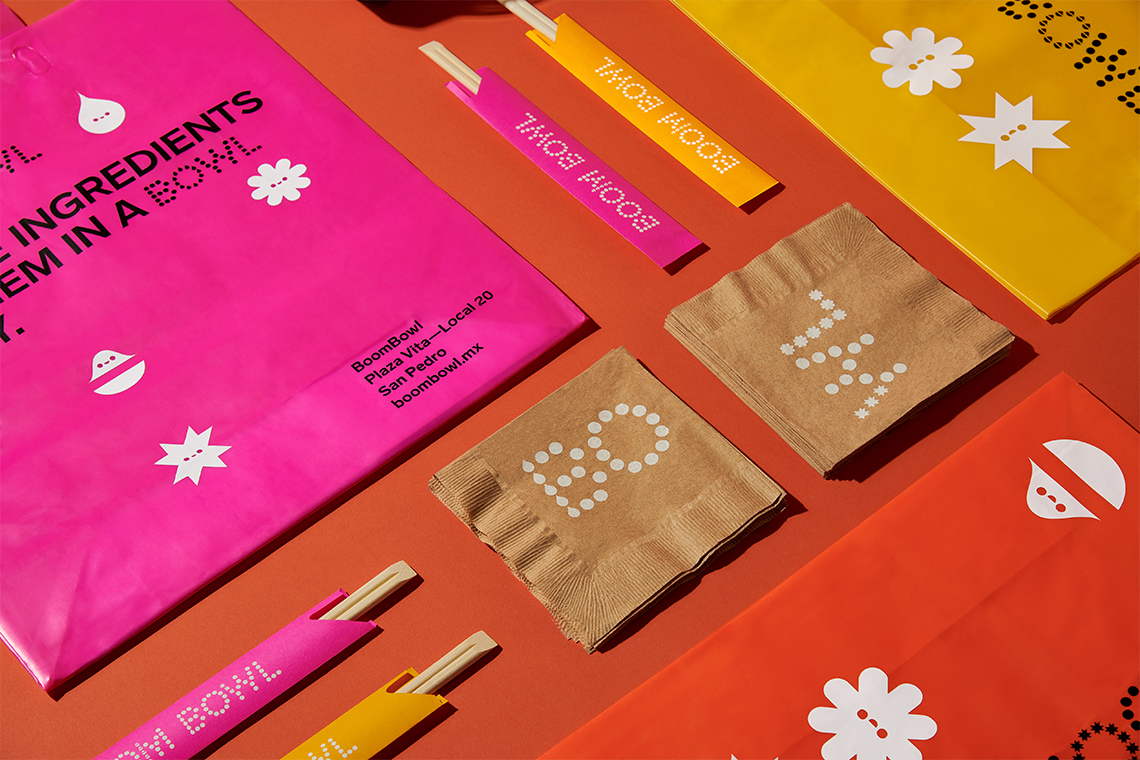 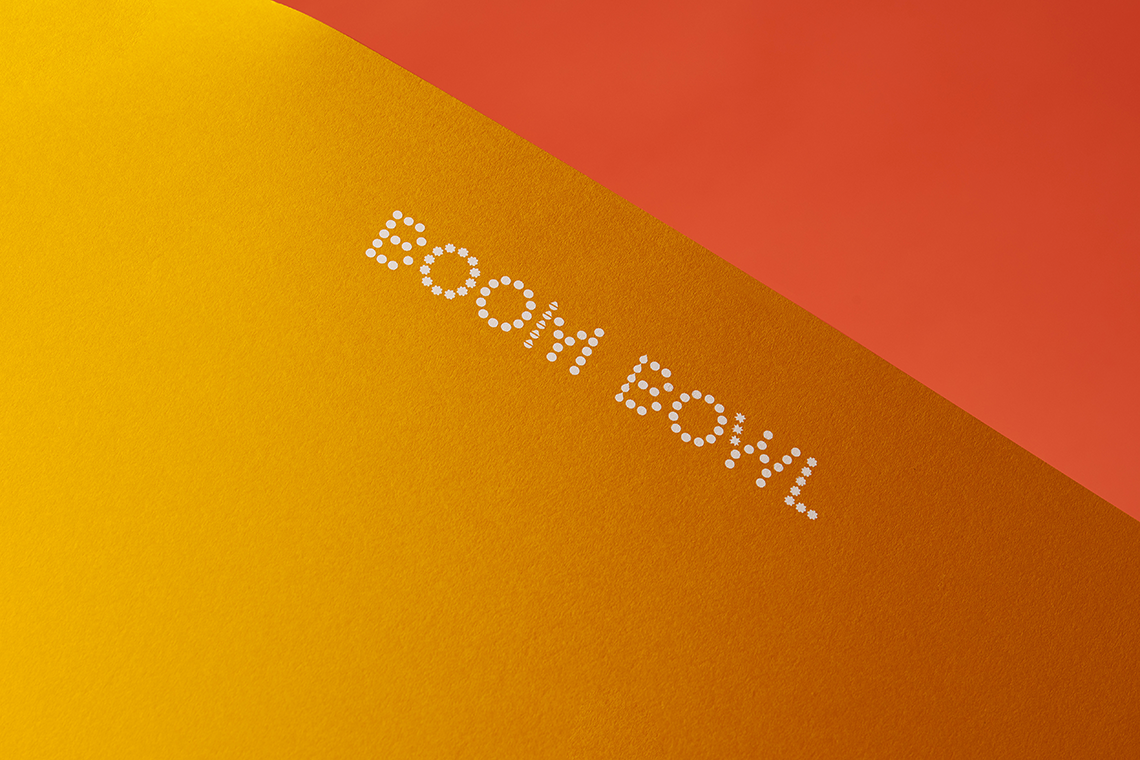 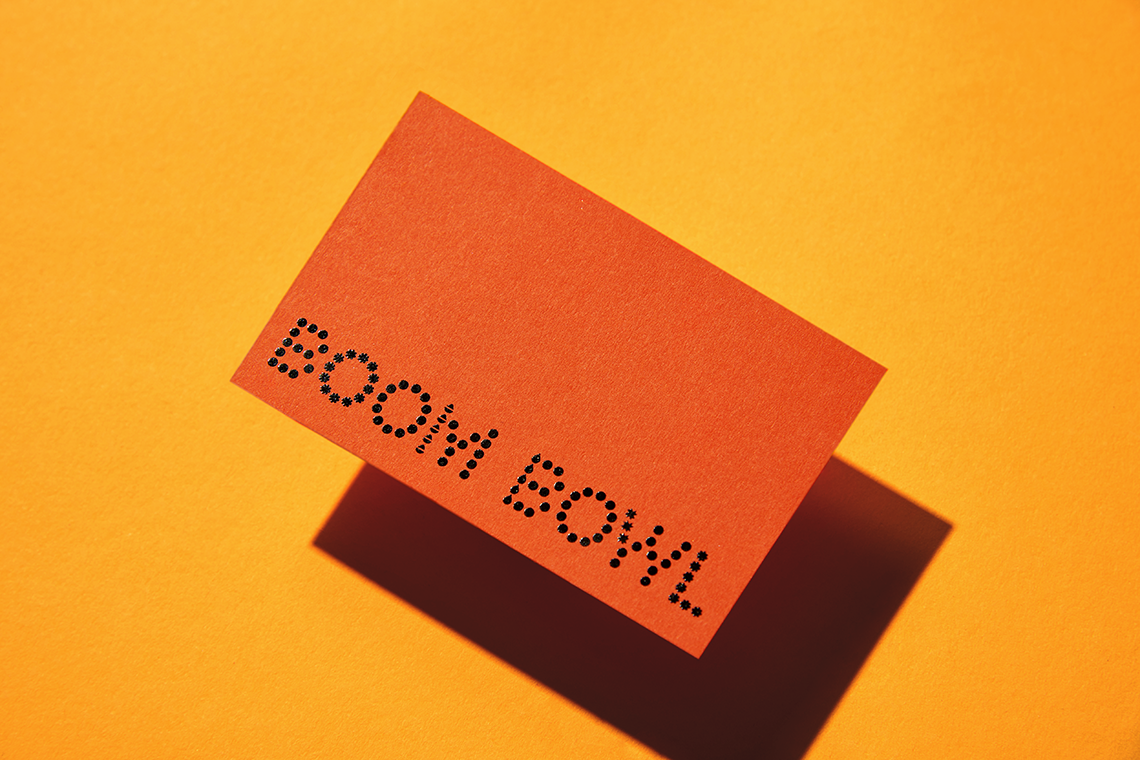 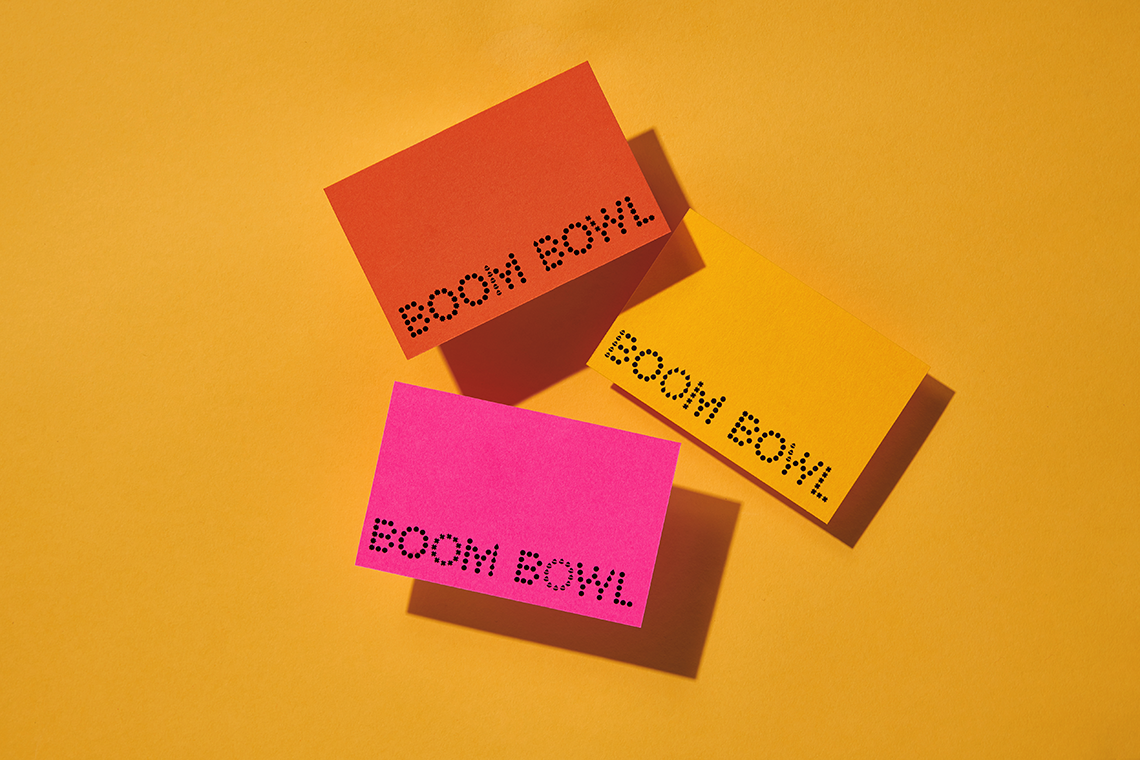 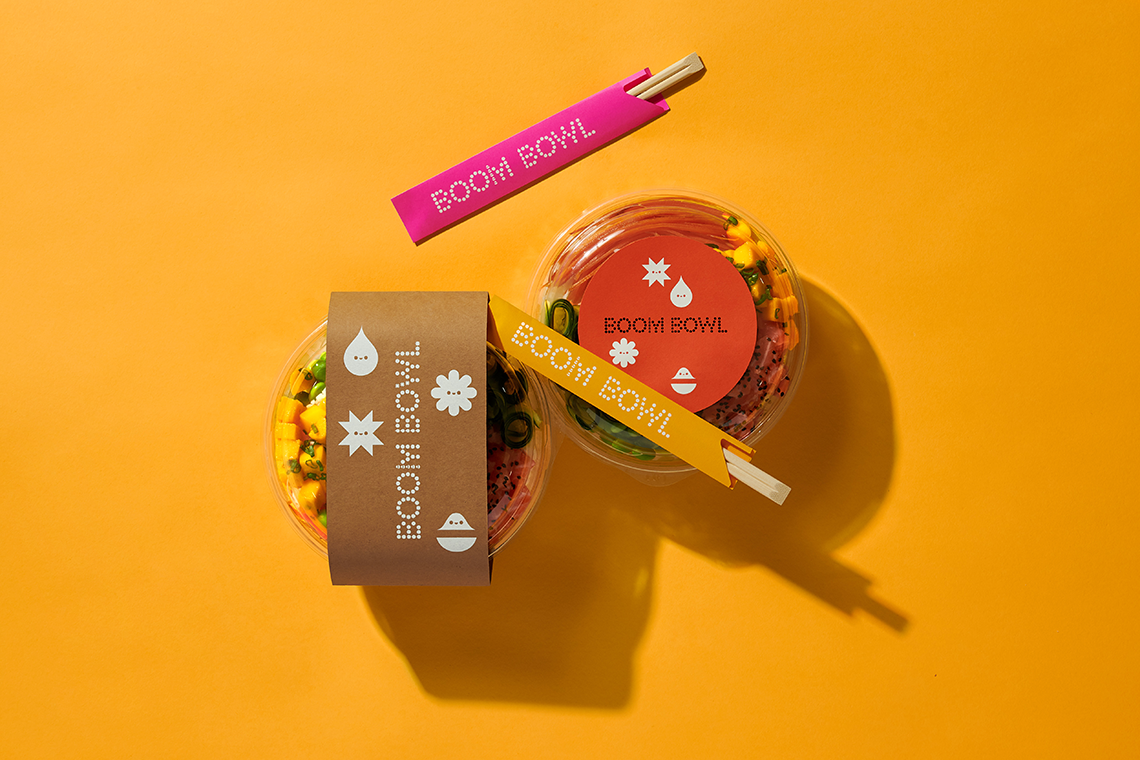 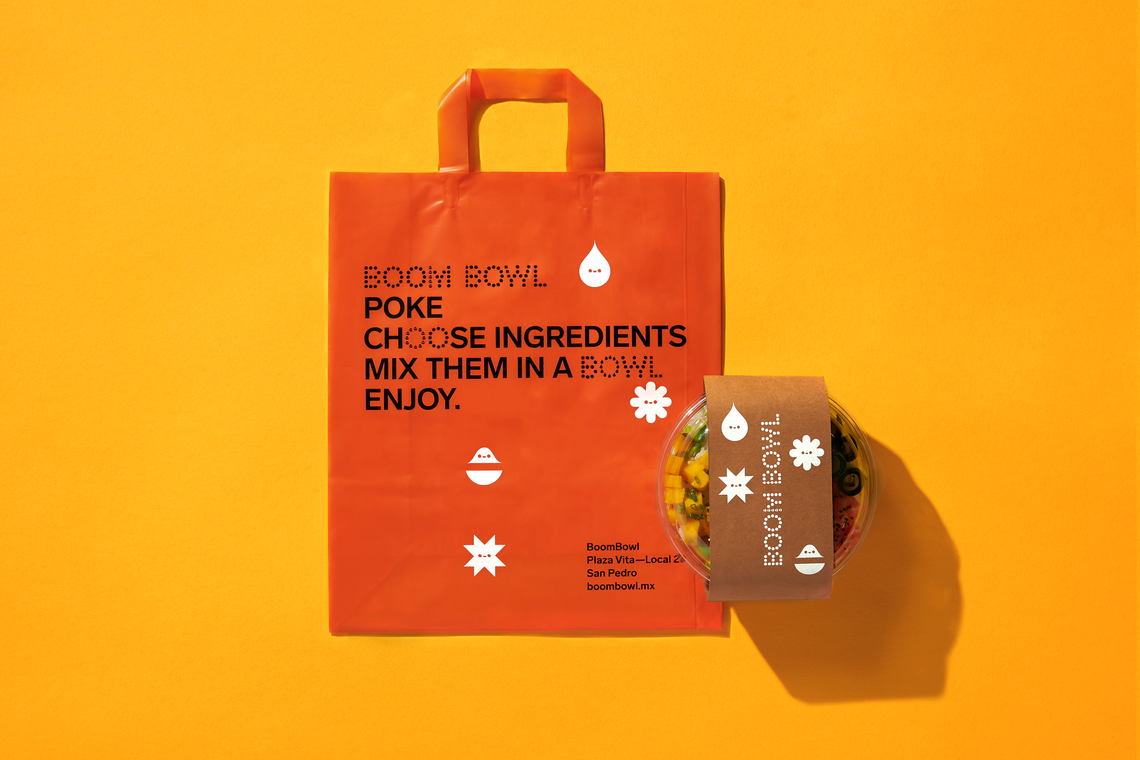