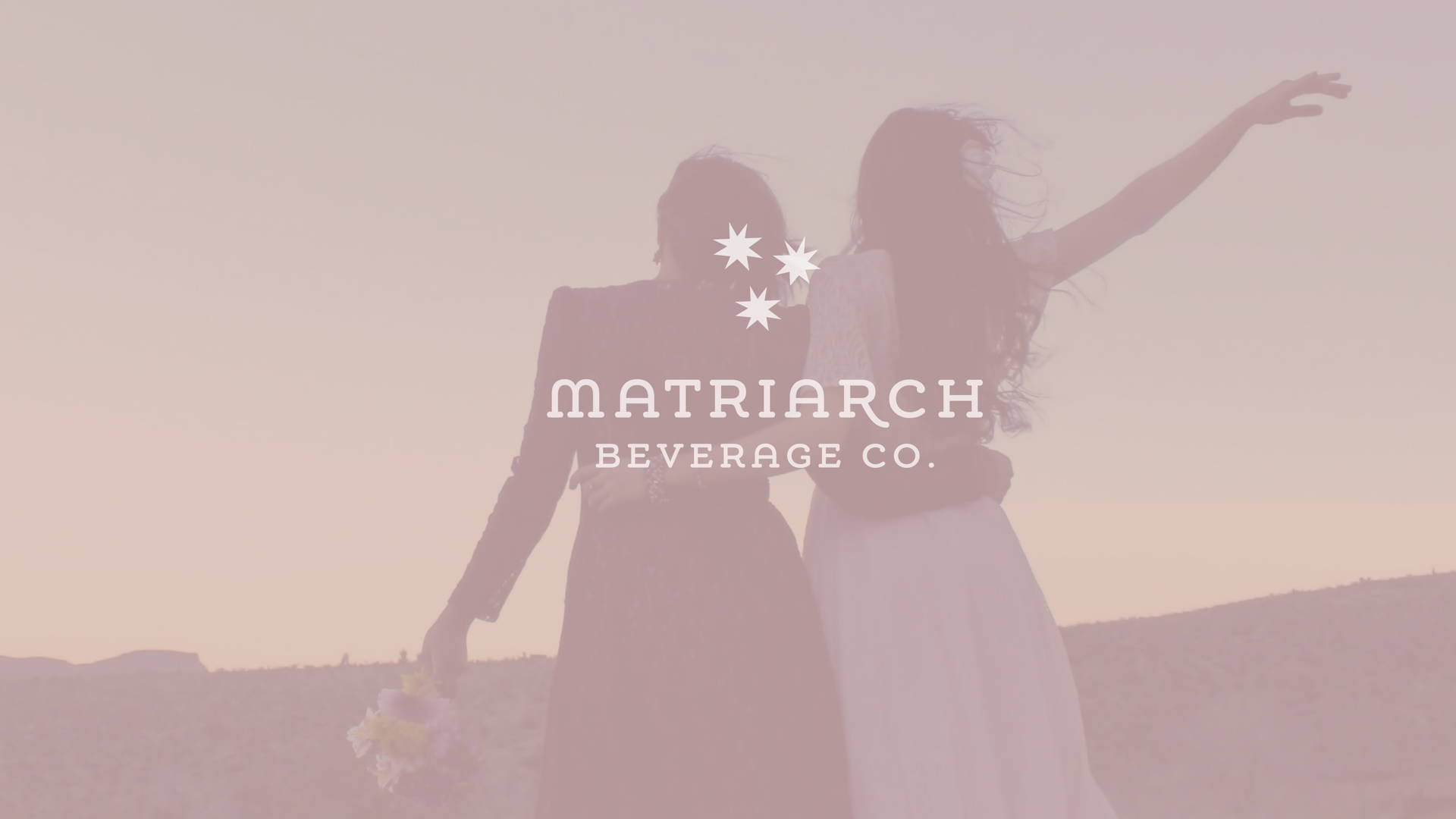 Matriarch Beverage Co: A Beverage That Traces The History Of Suffrage

Girl power gets canned for the brand design for 'Matriarch' a new line of beverages from a sister-owned company. The logo is a beautifully illustrated woman sitting with her legs crossed, holding a star above her head, symbolizing the universe being in the hands of a woman.

Matriarch makes a strong case for a beverage that is not only visually appealing, but who's design reminds you of the hard earned rights women have fought so hard for.

100 years ago this year, US women first secured the right to vote. And did you know that we owe it in part to a matriarch in Tennessee? It's a story that was uncovered creating the branding for two sisters from Nashville whose newly founded company would be named “Matriarch."

The states were deadlocked to ratify and it came down to North Carolina and Tennessee. On Aug 18th, 1920, the vote went to the floor of the Tennessee legislature where Harry Burn, a devout anti-suffragist was to cast the deciding ballot. Only moments before, he had received a note from his mom, Phoebe Burn, saying:

"Hurrah and vote for suffrage! Don't keep them in doubt. I've been watching to see how you stood, but have not noticed anything yet. Don't forget to be a good boy, and help Mrs. Carrie Chapman Catt put the "rat" in ratification."

With mother's note in hand– Harry voted in favor and Mrs. Burn became the matriarch who saved women's suffrage.

The sisters needed a brand concept and visual identity for their newly formed, Nashville, Tennessee-based beverage company, named Matriarch, as well as branding and packaging design for their line of beverages under the Matriarch umbrella which would be called A|Dash (a reference to "a dash of adaptogens"). This initial launch would include a first SKU which is an Ashwagandha-based beverage and collateral pieces to support the brand launch.

The first area of focus was the visual strategy and brand identity. Matriarch was a brand set to launch initially to a local market with a focus on women consumers aged 25-40 as the primary target market. The goal was to deliver a brand experience that seemed authentic and relevant for the target market and with it, carry a message that tied the brand to its hometown roots.

The primary logo-mark for Matriarch Beverage Co has two parts: the woman and the stars above her heard. The woman figure is an homage to the matriarch in Tennessee who helped create this pivotal moment in history as well as a symbolic representation of the empowered woman. The second part of the mark, the 3 illuminated stars are reinterpretations of the 3 stars in the Tennessee flag where this story begins and where the company is based.

The creation of additional logo variations to support the brand across various platforms and a color palette which is a reinterpretation of the original suffragette colors used in the early 1900s, round out the brand identity.

The first product in the newly launched company will be an Ashwaghanda based cold brew coffee, called A-Dash (a reference to "a dash of adaptogens) set to be on shelves at the end of the year.

Native Seed By Futura Wants You To Stop Time

Get Your 90s Skincare Fix With Kiramoon