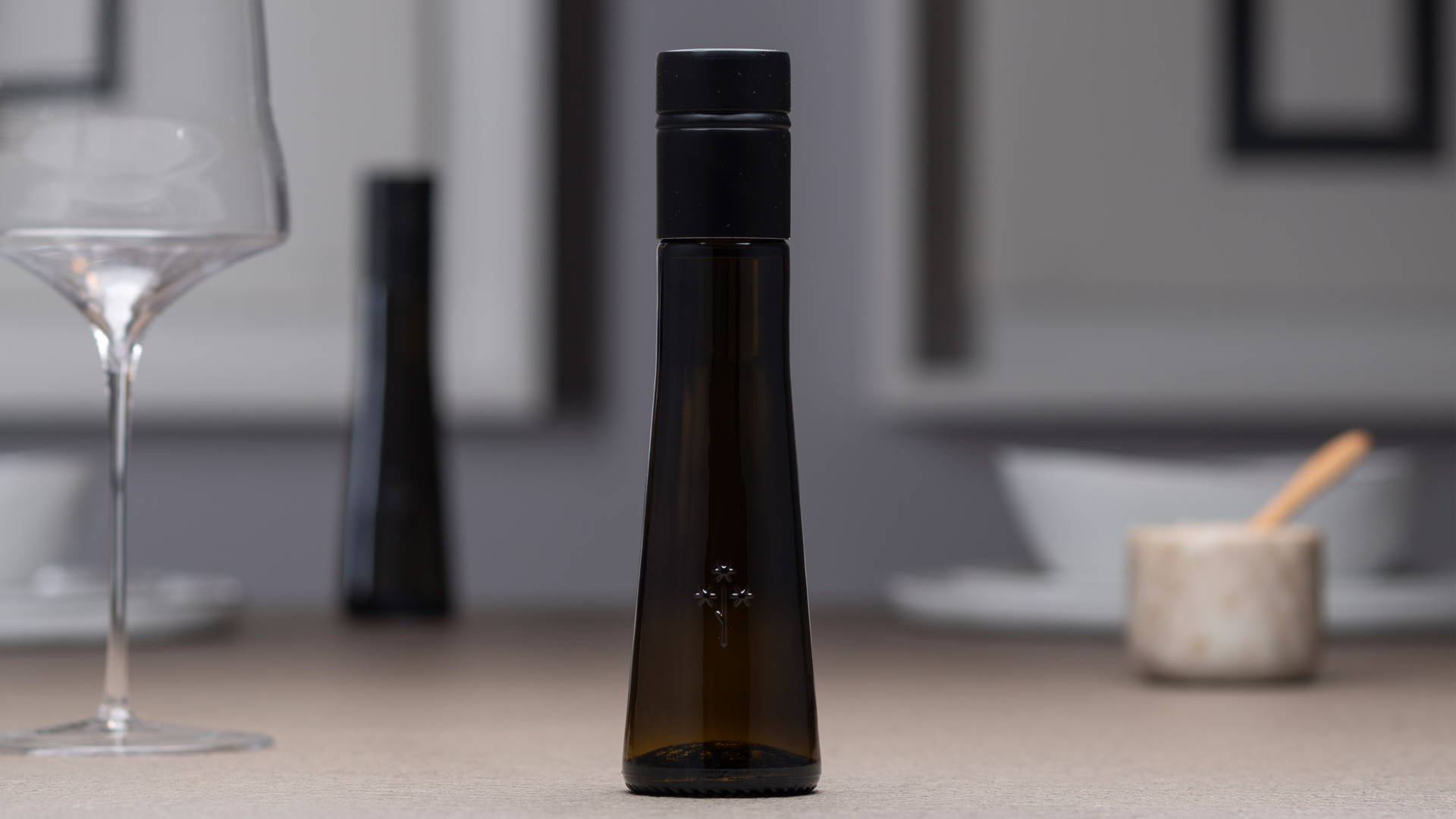 Is there anything more pure than freshly fallen snow?

It's a leading question that speaks to the purity of NAI 3.3 Olive Oil, and the approach the brand takes when crafting its uniquely flavored olives. The minimal packaging is comprised of an ergonomic white box, housed in a sleek black parchment that works folds to create a carrying case for the oil. Not only is the packaging minimalist, it's functional, allowing you to bring the oil to your next cooking class or dinner party.

The bottle itself is stunning, slim, and barely opaque. The most distinguishing feature of it is the olive branch debossed on the bottle. This is an olive oil that takes its cues from nature and distills them in a beautiful and minimalist way.

NAI 3.3 Olive Oil is made on the Croatian Island of Dugi Otok where the climate and the soil have produced uniquely flavored olives for hundreds of years now.

There is another secret – the snow. According to centennial measurements, the Island of Dugi Otok gets on average 3.3 days of snowfall a year, on which days olive-growers expect the highest yield. That fact inspired branding and design of NAI 3.3 Olive Oil, which boasts of highest quality aspirations, even in snowless years. The name NAI means snow in Old-Dalmatic language. ??The packaging was designed by Bruketa&Zinic&Grey, the bottle by Brigada and the brand strategy drawn up by Brandoctor. The glass bottle is designed and shaped to resemble an upright conical vessel with a slightly wider base for stability sake evoking a laboratory flask. “The bottle was custom-made in a glass container factory in Tuscany in collaboration with the glassmaker’s technical department, and the process itself required a few iterations and prototypes using 3D printers to obtain the best proportions and ergonomics,” said Dominik Cergna, product designer from Brigada.

In addition, the bottle is specific due to its minimal logo and oil name embossed in the lower part of the glass bottle. “To dimension the product, whilst complying with all the parameters of the industrial glass production at the same time, and meeting the predefined volume of 100 ml, was the greatest challenge.” The oil is mostly sold in gift shops on the Croatian coast and besides the bottle, the client also needed a solution for transport and gift packaging.

“The fact that gift shops have very small storage room posed a challenge, and the solution had to be as small in volume as possible, but also easily and quickly foldable,” said Vesna Durasin, production manager at Bruketa&Zinic&Grey Agency. Instead of an ordinary box and bag, the agency designed a collapsible paper carrier for the bottle tube. Not only does the standard cardboard spiral tube shield the oil from light, but it also enhances the bottle stability inside the carrier. The oil is sold in bottles in three sizes, each of which is filled with three different oil blends. To minimize the quantity and the cost, the bottle is inserted into the tube with the universal outer surface featuring the logotype and the basic brand story, whereas the product declaration is sealed at the bottom of the tube, specifying the relevant oil blend of the bottle inside. The carrier is made from easily and quickly foldable sheet paper, but neat enough to match the rest of bottle design.

Boréale Beers Inspire You To Travel The World