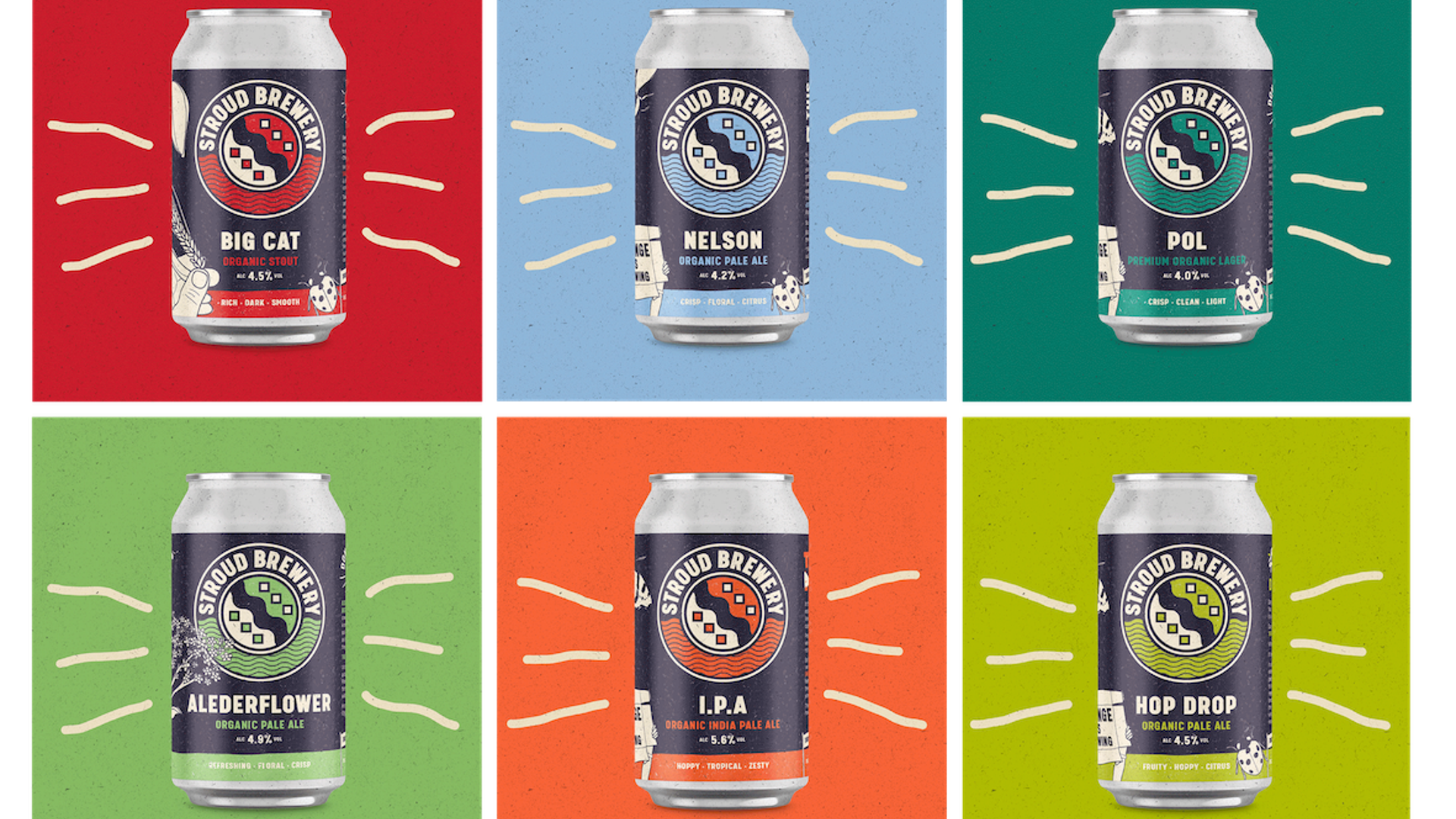 Stroud Brewery Gets A Nature-Inspired Makeover

The redesign for Stroud Brewery leans into it's organic credentials. The can wrapping has the grit of paper, giving the overall can a natural and organic feel. The rich, deep colors used in each can have a natural feel, free from excessive dyes. The hand drawn illustrations on each brew variant feature leaves, bugs, and a hand holding a wheat strand.

Our favorite design element is how each brew variant is labeled. Utilizing various typefaces and visually natural cutes, each beer flavor has a name that is inspired by the community and nature. From "Big Cat" to "Budding" the messaging of drinking responsibly and paying respect to the earth is a key theme in every design.

Stroud Brewery is the UK’s leading independent, organic and B Corp certified brewery, established in 2006. A much-loved brand with a strong and loyal regional following; the brewery creates classic style organic beers ‘and then some’ and places high value on their locally grown, organic and hand malted ingredients. Up until recently the brand had used their organic credentials to best explain their USP, but with an ambitious growth agenda including national and export opportunities they realized it was time to add weight to their story and take on a category saturated with brands, noise and an unhealthy dose of green washing.

Through our in-depth in-house research, we began to understand that the organic message is polarizing, people have already made up their minds. In order to tell the Stroud Brewery story, we needed to go further, create a deeper connection between the consumer and the natural ingredients.

We changed the core brand message by playing on a familiar category message to emphasis the ingredient story ‘drink responsibly - farmed beer’ and developed ten short, witty ‘change is brewing’ conversations to illustrate how a regenerative approach to people and planet equals better business and even better beer.

The new identity needed to validate the premium price point that comes with being responsible and organic, it also needed to combat the greenwashing going on out there by the non-organic brands. Our job was to develop an exciting, honest and credible visual identity that isn’t the traditional ‘organic’ look and feel. Stroud is every bit as ethical as the brewery, being the birthplace of many social and environmental movements, it was only right that we took creative inspiration from their local environment and positive yet activist culture.

With such a passionate following it was important not to alienate the existing audience so we invited fans of the brand to contribute to its development; we asked Stroud Brewery fans for input to tell their provenance story and incorporated their feedback regarding waterways, the cloth and iron industries, into the development of the brand mark.

“LEVEL are a unique brand design agency, they are big agency talent but they also truly understand sustainability, both Jenny and Adam are well versed in the regenerative and circular economies and their knowledge has been invaluable in uncovering and communicating our brand values.” Greg Pilley, Stroud Brewery founder

Spout Coffee: The Cadillac Of Coffees

Material Highlight: 'Wood' You Believe Organic Cellulose Is a Viable Alternative To Plastic?