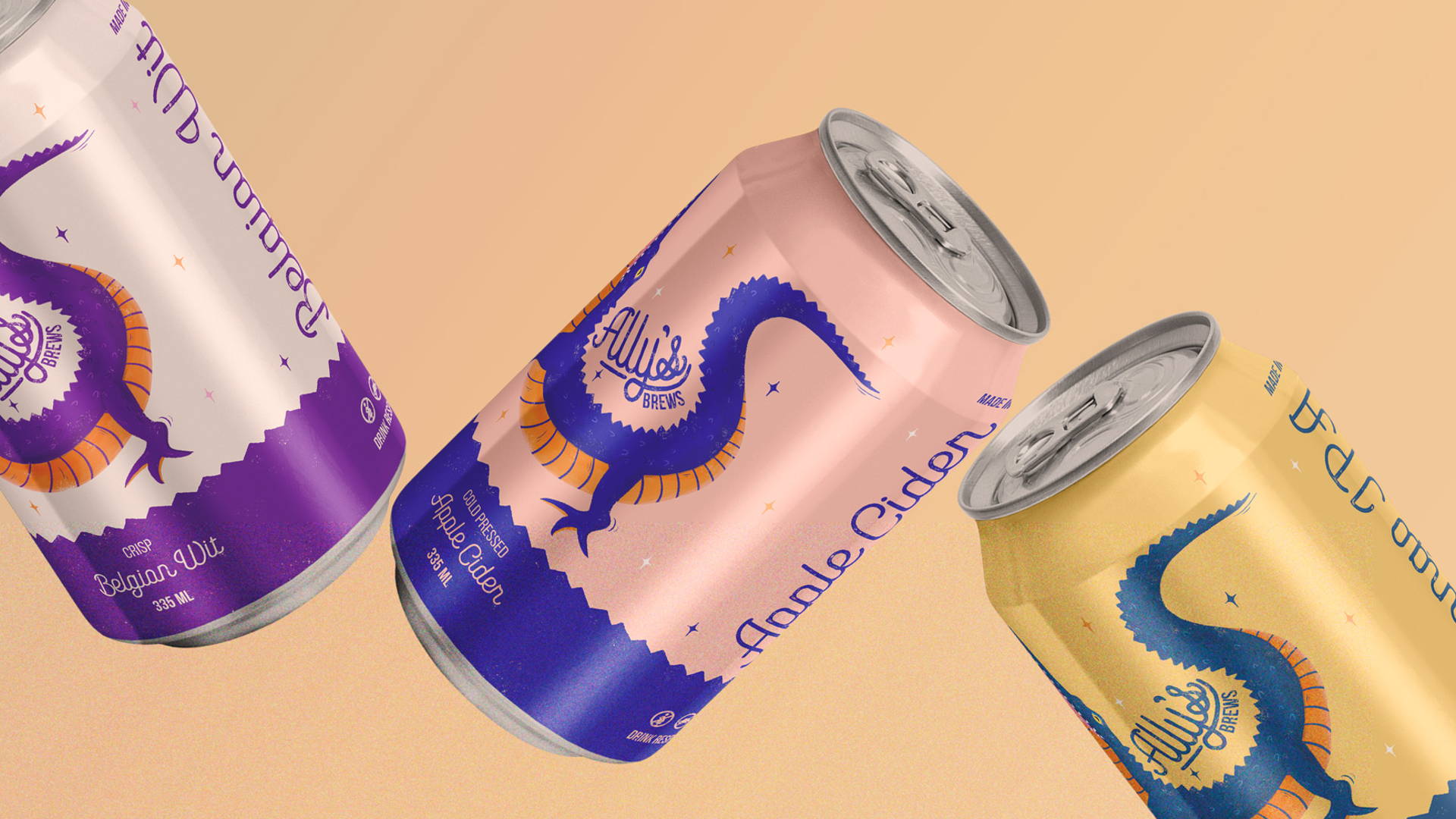 Designed by Archana and Co, the concept for Ally's Brew Co. flaunts the pride and joy of owning and running a small, happy business that sells to locals.

Design exploration for an illustrated label that flaunts the pride and joy of owning and running a small, happy business that sells to locals. Ally's Brews Co., a microbrewery based in Australia makes handcrafted brews with high quality natural ingredients, They’re a small team of brewers who love making tasty beer that can be enjoyed by folks who enjoy beer, but aren’t the biggest fans of the bitterness that goes with the hoppy beverage. Their most recent flavours are a cold pressed Apple Cider, a deliciously fruity Mango IPA, and a well-loved Belgian Wit. All three beers are mild, with a relatively low percentage of alcohol.

The idea was to create a fun, illustrated label that shows off the happy, cheerful vibe that accompanies an Ally’s beer. Hence the merry alligator ( Ally ). The name and design elements were chosen keeping in mind that the beer would be sold locally, at bars, stores and supermarkets, and the colors were chosen to best represent the respective flavors.

Material Highlight: 'Wood' You Believe Organic Cellulose Is a Viable Alternative To Plastic?