What's The Value In A Country’s Reputation? FutureBrand's 2019 Country Index.

When we roundup a comprehensive list of the best countries in the world, we typically rank them by measures of might — GDP, population size, and even a sovereign’s nuclear arsenal.

However, today, with our world defined by rapid change, do these measures continue to make sense in the ranking of nations? Brand consultants FutureBrand set out to grade countries in a new way, starting eight years ago with their first Country Index that measures a nation by sociopolitical, cultural, and quality-of-life factors, and they recently released their updated 2019 report.

Narrowing in on how countries are faring, Enshalla Anderson, chief strategy officer for FutureBrand North America, sat down with me to answer the question of what makes a country mighty or weak by upending traditional metrics and introducing a new framework—Countrymaking, the art of turning a country into a brand that has the unique power of shifting how we feel about a particular region.

Yael Miller: Japan took top honors as the #1 ranking among the Global Top 75 Country Brands. What were the most prominent factors think contributed to this?

Enshalla Anderson: First, a couple of critical things. Japan is a strong exporter of culture. The report demonstrates that they ranked strongly for quality of life, nature, beauty, heritage and food. Tourism there has been increasing in the double-digits for the last six years. The Index also measures activity on social media to demonstrate a country’s popularity based on its related keywords. For example, Japan’s natural beauty, the range of attractions the country offers, its food, art and culture are all topics of interest on social media.

Often, culture gets correlated with environmentalism, quality of life, and a non-politicized environment. Japan’s #1 ranking this year is due to a combination of these attributes.

Yael: How might consumer product brands position themselves to align with those values that make Japan (and other top-ranking countries like Switzerland and Norway) so great?

Enshalla: There’s an opportunity to integrate some of those country cues into your brand message. For example, if you think about Uniqlo, they are not overtly emphasizing cultural cues, but you sense a balance and simplicity from the brand that feels very Japanese-inspired. It’s part of everything, but not overbearing. Muji is a brand with a similar approach. Even individuals can factor into this. Japanese author Marie Kondo’s writings on simplicity and living in a more reduced manner resonate around the world, to the point where she has become a brand.

Yael: Countries with polarising politics and rising sociopolitical unrest have all taken significant hits, and the impact of political instability on tourism and investment has never been so stark. What accounts for that?

Enshalla: More than ever, country strength is a reflection of favorable perception and an alignment of values—individuals are making pronounced choices about where they want to work, live and visit. Since our last report, the US and UK have been defined by polarizing politics with a decline in tolerance scores, something that suggests these countries are perceived as less inviting and more rigid to visitors today than in the past.

Quality of Life is an increasingly critical factor in the personal calculus of a country. This is a likely factor in both the fall in rankings of larger economies like the US and UK, as well as a rise in countries like Peru and Slovakia.

Yael: What if you were from another country, say the United States, and you wanted to channel a superior value (or values) from a highly ranked country? Could you authentically “borrow” those values?

Enshalla: Nespresso comes to mind as an example that a brand that channeled the values and qualities of a country brand, as it borrows French country cues but is Swiss in origin. To remain authentic is the key. It depends on how central those values are to the brand’s core storytelling. Is it a part of the narrative or the whole point?

Yael: If you are a product brand in one of the ranked countries, how would the ranking give you insights that could benefit your product or brand? What relevance would it have to optimize your brand for regional or international desirability? Can you cite an example?

Enshalla: I’d turn that question around! It’s looking at it the other way. Brands and individuals are surprisingly influential in being a part of that movement-they are creating that reality. For example, in Peru, there’s a world-famous chef Gaston Acurio who has become something of a culinary ambassador for his country. He’s enthusiastic about exporting his country's culture to the world through his food. Product and culture often go hand-in-hand. Magnetic personalities can wield a lot of influence in this regard.

Yael: If you think about it, brands have been doing this historically, where brands have become symbols of their origin countries (like Chanel represents France and Burberry represents the UK). The Country Index report includes the 2019 Most Influential Cities, and we know that long-standing, influential cities like New York or Paris lend strength to brands and get included with the brand name sometimes. Would this city-as-endorser value start to be meaningful for other cities? Which cities do you think might be most likely to be valued as “endorsers” going forward?

Enshalla: Toronto is getting to be a bit more interesting, ranking in the top 20. Can it become more meaningful internationally? That is definitely a question. Berlin is also an interesting city. It’s known for creativity, and there are a lot of designers there. It could become more of a creative hub. There absolutely is an opportunity for non-traditional countries or unexpected cities to rise.

Yael: Do you think consumer brands and products can make a difference in improving their Country Brand ranking if they declined?

Enshalla: US and UK did tumble in their ranking. I think it depends on what we’re looking at. Some products can continue to be vibrant in spite of their country’s less-than-favorable backdrop.

Yael: I could see that making sense when you look at brands like Airbnb, which has been enormously successful worldwide. Look at Nike, an all-American brand, that’s in the top 3 sportswear brands in China. We also know Starbucks, as well as Dunkin’ Donuts, are desirable brands in the international markets they serve. This demonstrates that it’s possible for smaller American brands, or those in other lesser-ranked countries, to still thrive across the globe. Take Treeline Cheese, a small US vegan cheesemaker that makes cheese from cashews whom we branded in 2008. They're now incredibly popular in Europe and beyond. Another brand we’ve had the pleasure of working with, Cherry Republic, has a vibrant brand presence in Asia. These brands become ambassadors to the world and reflect positively on their home country.

Enshalla: That’s what is so exciting about the idea behind thinking of countries as brands. Brands stand for something. “Country brands” and brands in the traditional sense, correlate in that people seek relationships with brands. They will look for elements that drive personal choice. So, if a brand locks into those primary values, people will feel good about that no matter where they are in the world. The parallel between country and product brand is that they will be inspired by the same reasons.

Yael: So, it’s not all about power or moneymaking that make a country a success. The concept behind FutureBrand’s approach to a “country brand” is an innovative way for a country to get ranked.

Enshalla: Exactly. At FutureBrand, we believed there's another way to rank a country’s power, one based on another set of values, another yardstick of measure outside of GDP or other raw fiscal measures. The countries that were in the top ten aren't necessarily the strongest in the World Bank, but measuring should be reflective of all values, not just fiscal or military might.

Bottom line, though, is why should all of this matter to people? How can individual people—and brands, too—gain meaningful insights from this report, and make their region—and the world—a better place?

Enshalla: We are living at a time that is more multifaceted and complex, so we need to look at countries more holistically. Country growth is an attractive concept. By the same token, brands desire to grow and wield influence. It’s a report card of the health of your country and how it’s perceived by the world community.

Yael: The world has gotten smaller, and as individuals, we are both influenced and influencers on levels more impactful than even ten years ago. The boundaries of the “next country over” is literally at your doorstep. Social media has made the globe shrink, where we perceive a whole country through the lens of a few individuals on those social channels.

Enshalla: Exactly. Countries are nations of communities, and it’s an opportunity to make your community stronger and better. What is country-making? Countrymaking is an optimized set of shared beliefs, rooted in experience and purpose, that has the power to shift the global perception of a nation. The explicit goal of countrymaking is to boost tourism, investment, and consumer choice for a country’s goods and services. It’s the very same characteristics that make strong communities. With shrinking global cross-awareness, our values are projected more strongly to other countries than ever before. 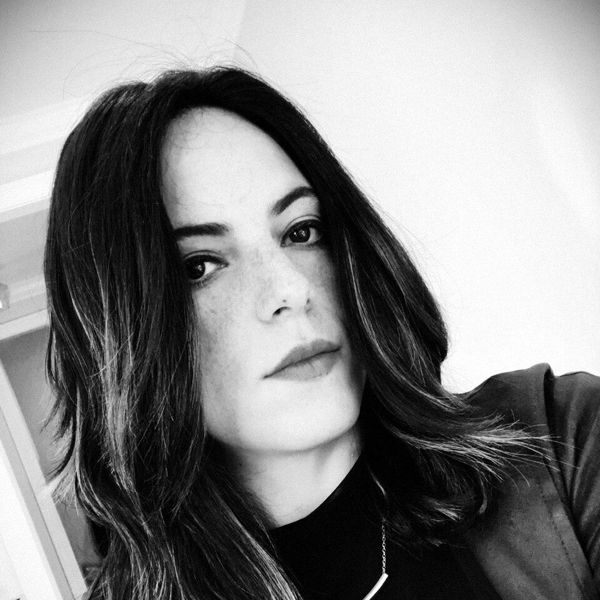 Yael Miller is a branding and packaging strategist. She is co-founder of Miller Creative, and has developed brands spanning the food and beverage space as well as other CPG products for over 20 years. Yael works with both start-ups and established international brands. to position them for optimal competitive advantage. The established brands Yael has worked with have experienced exceptional growth post-redesign. Several of the start-ups she has worked with have gone on to build multimillion dollar power brands that have changed the face of their respective product categories. She runs Miller Creative with co-founder and husband, Reuben Miller - they reside in NJ with their 4 children. Yael enjoys gardening, houseplants and taking sneaky photos of grocery stores shelves.

Jane Edibles Are The Friend That Is Up For Anything

Give The Gift of Nature With Boon Bariq