Huggies Gives Nod To Diaper-Changing Dads Everywhere, Puts Them On Diaper Box For First Time Ever

Huggies has launched a new line of diapers named Special Delivery, claiming they're the softest plant-based diaper on the market. The new nappies feature contemporary and stylish designs, are hypoallergenic,  and come free of parabens, fragrance and elemental-chlorine. Both the baby side liner and waistband feature fibers made from plants such as sugarcane.

But perhaps the most novel feature of Huggies Special Delivery diapers is the packaging, which, for the first time in the brand’s history, features dads with their babies. The black and red design is meant to give the new line a premium feel, Kristine Rhode, Huggies North America brand director told USA Today. 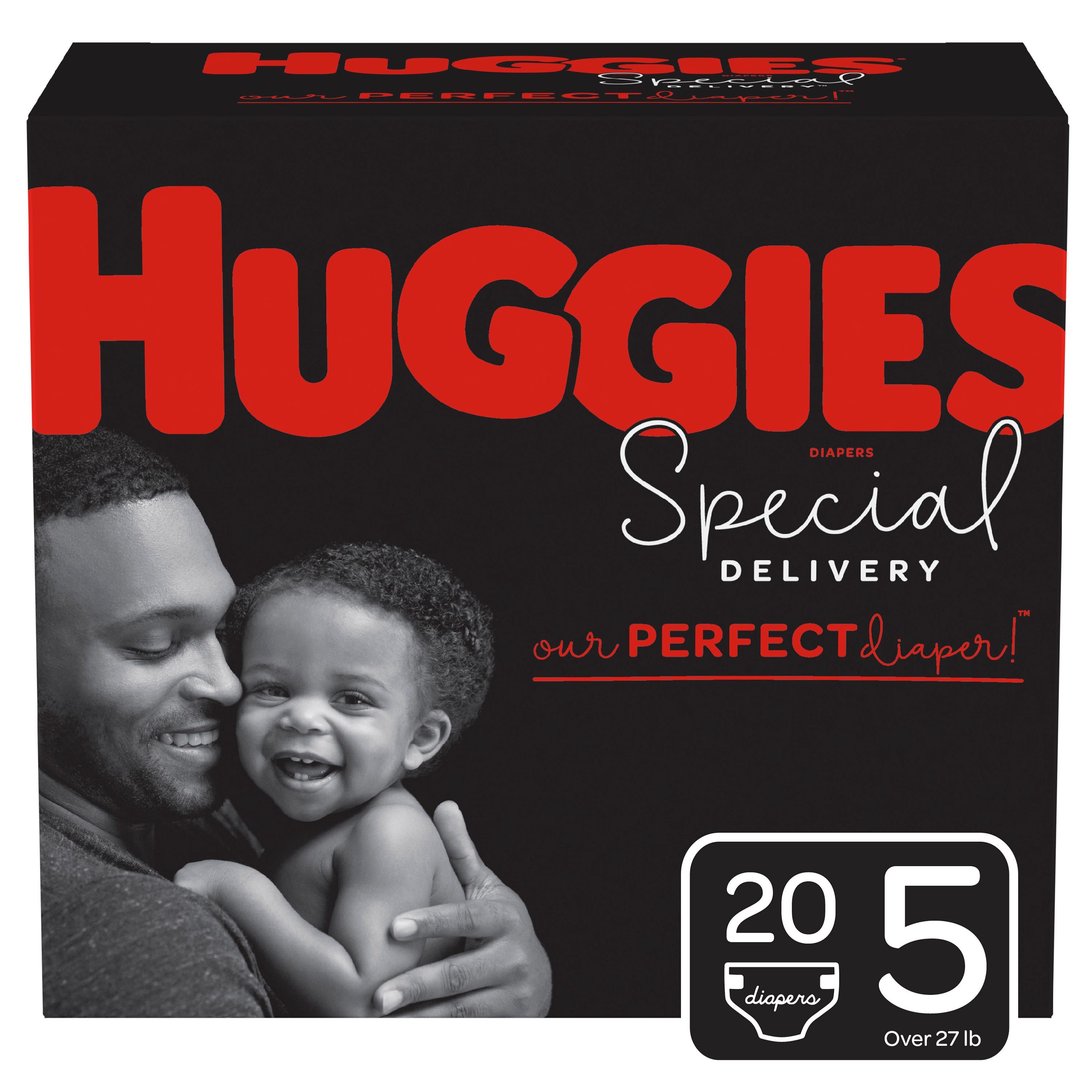 “When you think about the important role that dads have in the family today and how that continues to grow, we wanted to make sure they were equally celebrated,” Rhode added.

The stereotype of fathers doing little in the way of childcare or home chores has long been incongruent with modern households. According to a Pew study, fathers spend an average of 8 hours a week on childcare, triple the time their 1965 counterparts provided their children. Dads doing chores around the house also went up, from 4 hours a week in 1965, to 10 hours in 2016.

One of the father and baby pairings represented on the box are also of color, something the baby’s mother said holds even more significance. “It means a lot, especially the representation in society with African American fathers," Tori Bridges told USA Today. "They're not necessarily out there as much, and this is really changing the narrative."

Though featuring dads is a first for the brand, moms aren’t going away entirely. The Special Delivery line has seven different box designs, three with dads and four with moms, and are available now online and rolling out to stores in the US and Canada starting on July 2019.

Castle Rock Estate's Wine Labels Are a Work of Art