The Summer's Hottest Fashion Trend Is The KFC Bucket Hat

When I was young, there were things that I wanted, things that I knew I couldn’t live without. Never did I think Colonel Sanders pillow would be high on that list, but it’s not like I can afford a home, so it’s the little things, you know?

KFC is no stranger to the world of branded merchandise. They’ve got ALL the apparel, the gravy candles and finger-lickin’ good necklaces—hell, they even have a KFC Zinger meteorite. But now, in their latest foray into fashion, they’ve introduced the KFC bucket hat that you can also use as a chicken bucket. Sporting the traditional colors of the native chicken bucket, it also features the Colonel himself, and once you turn that upside down, it magically turns into a vessel for whatever deep-fried delight you’d like to put in it. 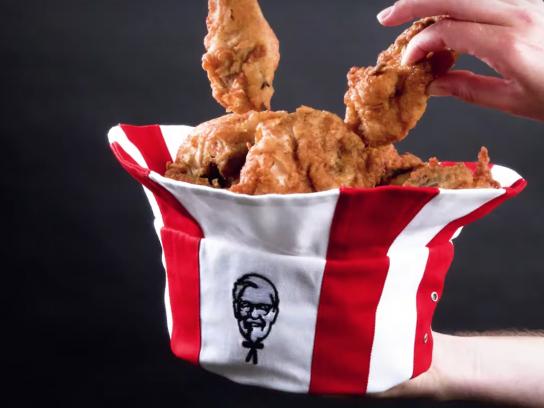 So, can your hat be packaging? I don’t know, maybe? I'm sure you have a lot of questions. We all do. Do you want to find out what it’s like to walk into a KFC and put fried chicken in your hat like a BOSS? How resilient is it to grease stains? Will there still be room for coleslaw? Can you put the Famous Bowl in the hat? Why do you have so many questions? Do you hate life? Let’s not think too hard on this.

Designed by Wieden + Kennedy Amsterdam alongside Russian streetwear brand Mam Cupy, the hat currently sells for 1,800 rubles, which also sounds like $1,800 dollars but is not because it’s actually $30. Currency is crazy! 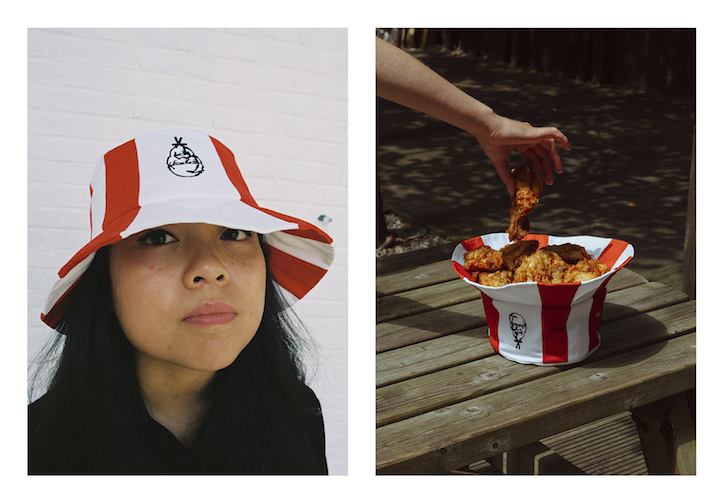 “The brand follows the aspirations for creativity and innovation set by the founder, Colonel Sanders, and this time it brings to life our iconic chicken bucket in a fascinating and experimental way,” said KFC Russia marketing director Daniel Rubinovski in a statement. “We hope this will excite KFC fans, and who knows what will serve as inspiration for future partnerships?”

While the bucket hat is only available in Russia at this time, there’s nothing stopping you from going to KFC, ordering a 10-piece, and tossing it into whatever you’re wearing on your head at the moment.

That said, 2019 is crazy, y'all. The US is locking immigrant children up in concentration camps, and now people are putting fried chicken in their hats. What a world! 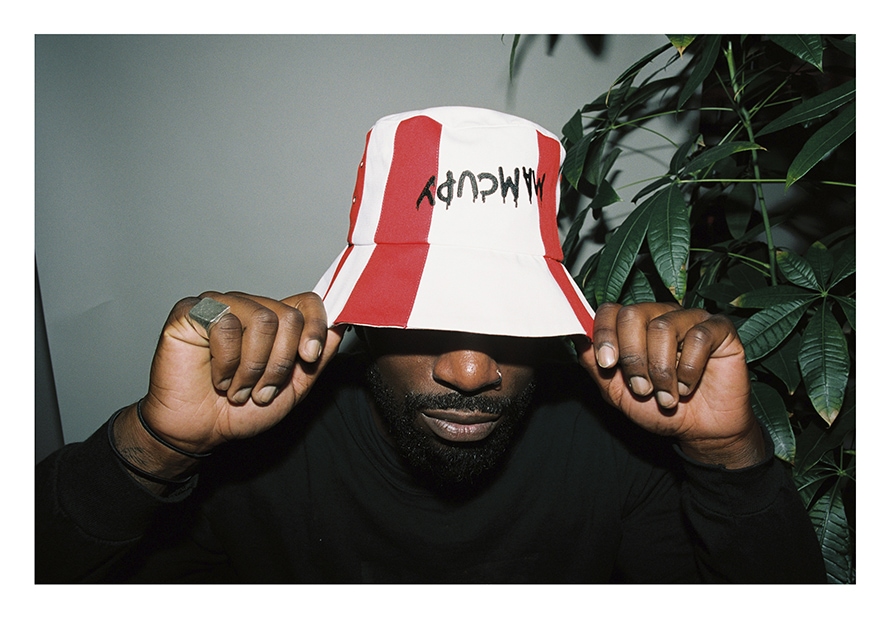