The scourge of your aunt’s Facebook feed—those damn millennials—drinking less these days, whether it's for health reasons or to save a buck every now and again.

However, this shift in drinking habits provides an opportunity for non-alcoholic beers to replace their boozed-up counterparts for those times when a soda won’t do. Some non-alcoholic beers are being infused with THC or CBD, while other craft brewers are creating low-ABV brewskis in popular craft styles like Dogfish Head's Slightly Mighty. 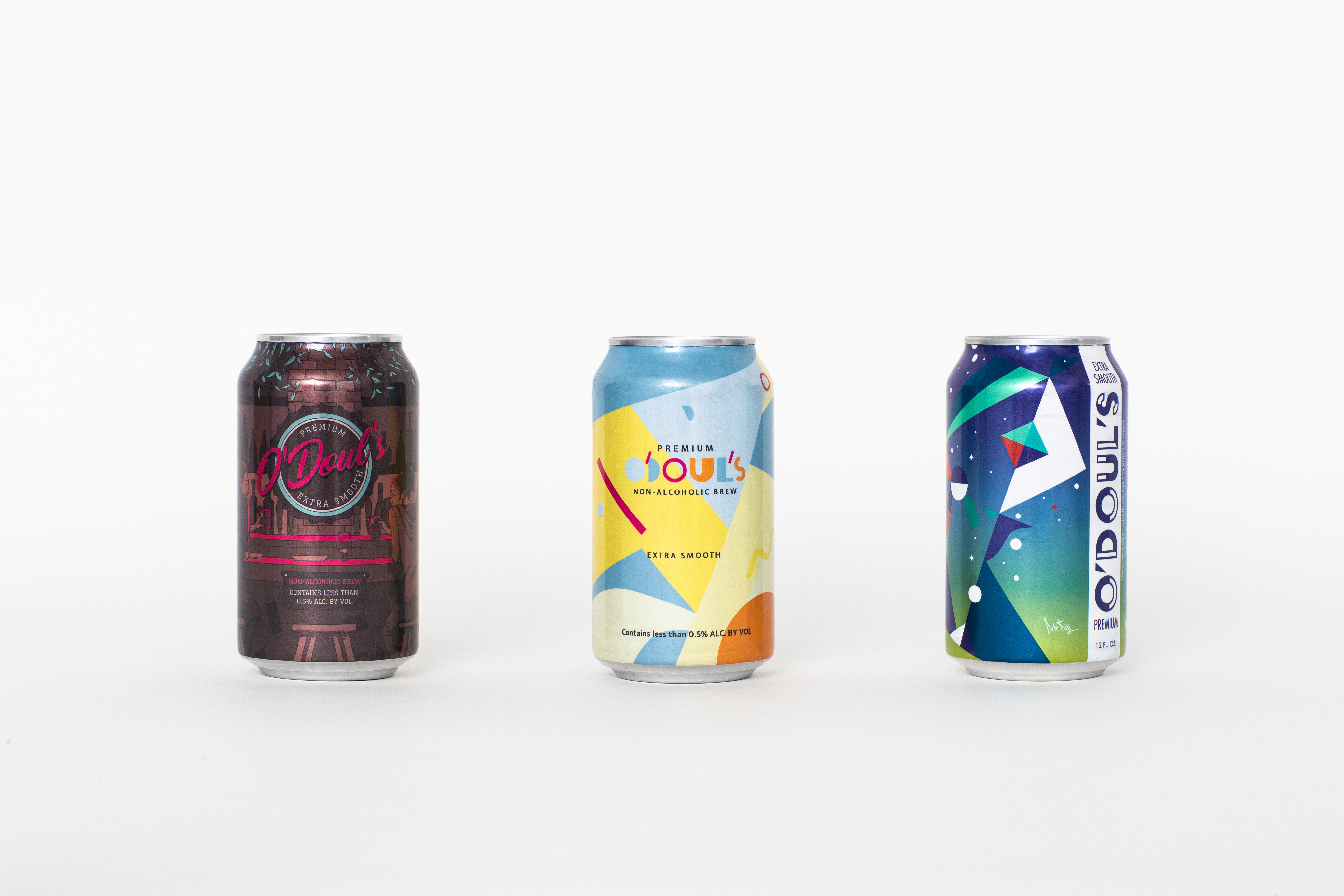 O’Doul’s has been an alternative beer for decades, and for most of that time, they've worn a classic green and white label but felt it was time to attract this new generation of sober adults with cans designed by contemporary artists from NYC, LA, and Chicago.

Illustrator John Lee is responsible for the LA can, which is an example of the detailed view of street life. The cans depict a man and woman looking over each others’ way at a bar that feels representative of pretty much every Southern Californian bar. Even the beer glass is a nod to the craft beer scene; instead of a pint glass, or perhaps a schooner, it’s a tulip.

Chicago-based Brandon Breaux’s can is a funky mix of rounded shapes and soft colors, a design that doesn’t scream “I wanted a real beer, but I don’t drink” and instead gives off a chill vibe that doesn’t make you seem like a sober wet blanket at the party. 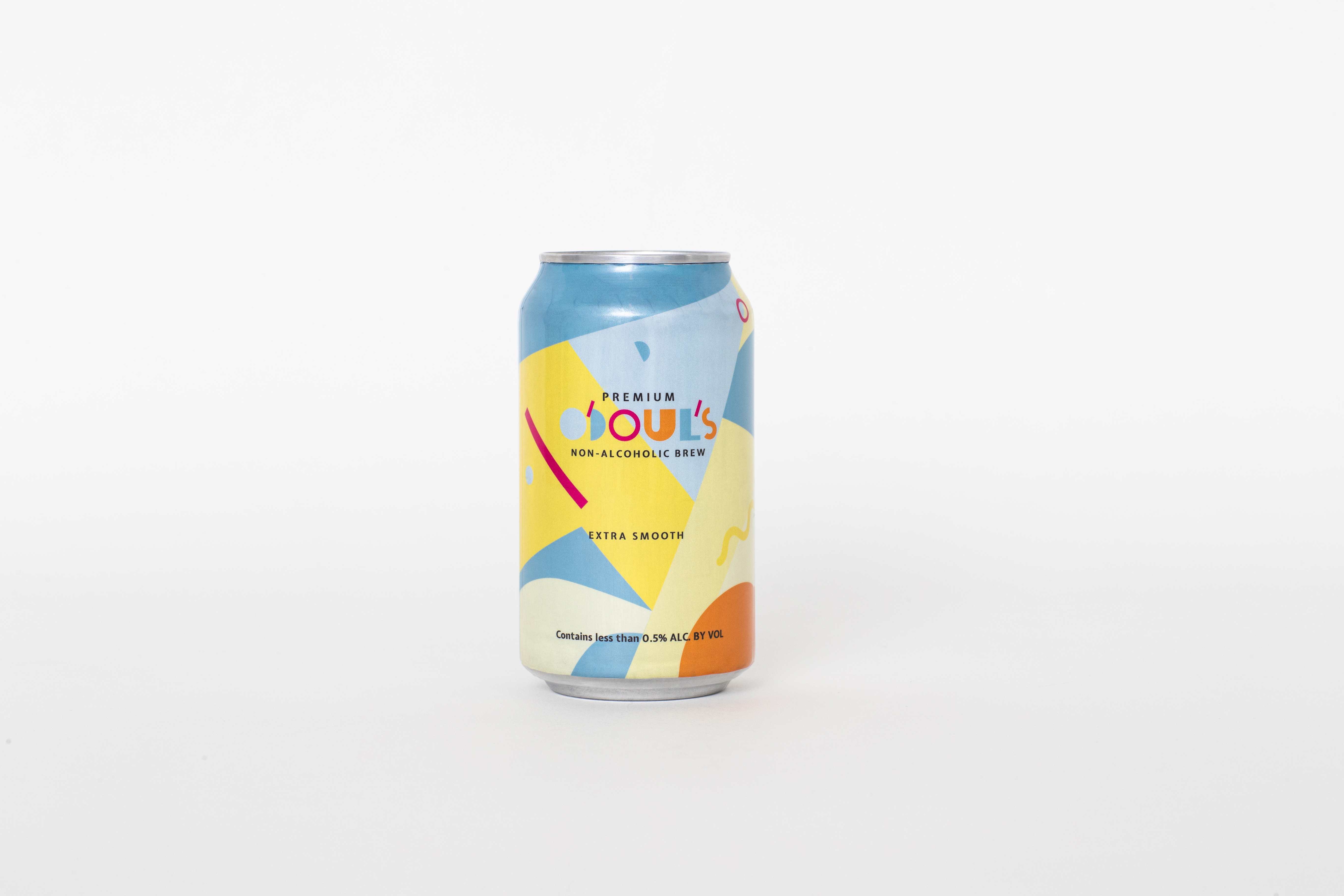 Graphic designer Mr. Kiji uses bold colors, gradients, contrasts and dynamic shapes to create a can that is representative of the diversity and energy of his hometown of New York City. This is not the first time the near-beer brand handed over can design duties to Kiji, as last year they released a limited edition can design for “Drinksgiving,” otherwise known as  “Blackout Wednesday,” an unofficial holiday that falls on the Wednesday before Thanksgiving, considered one of the busiest bar nights of the year. 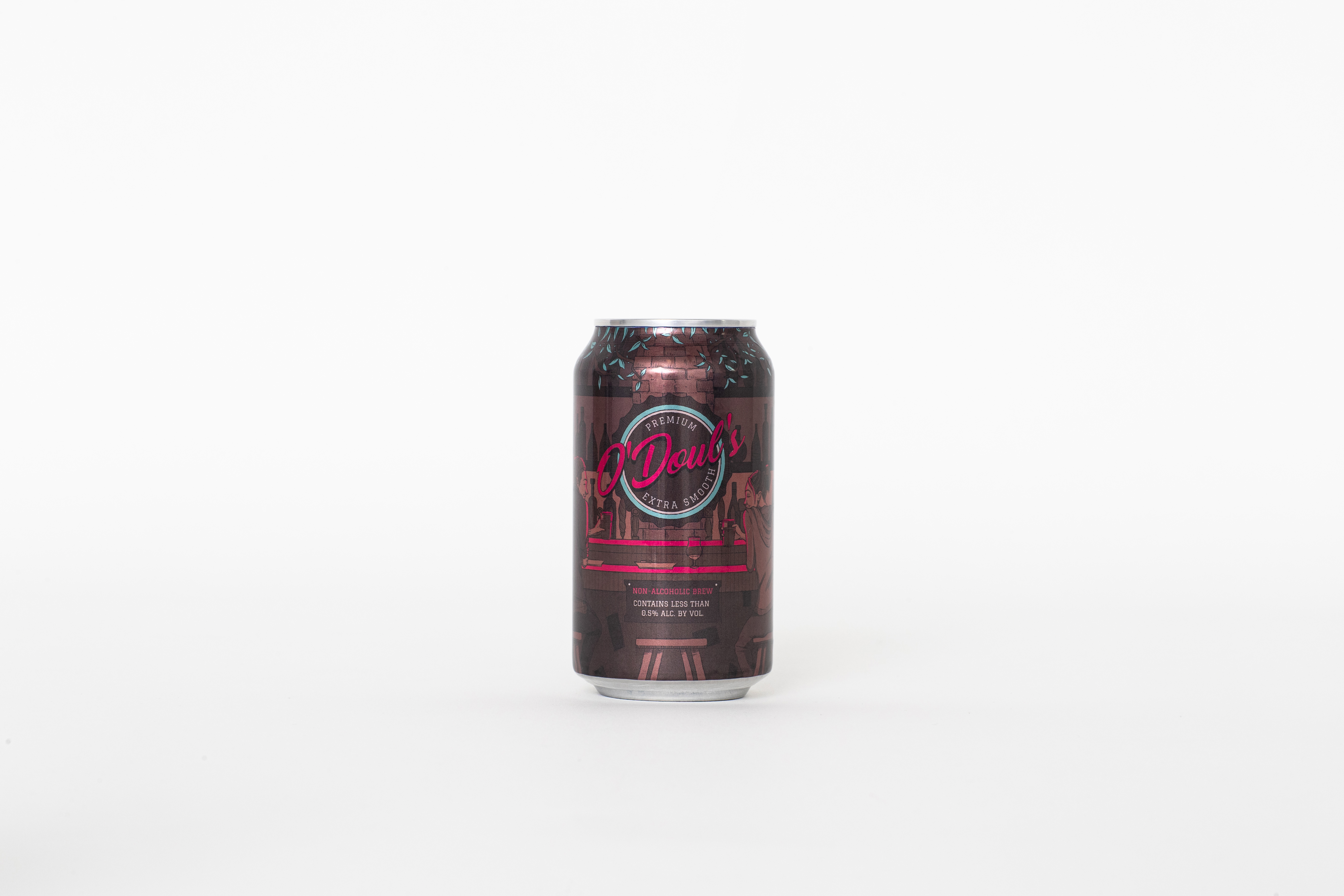 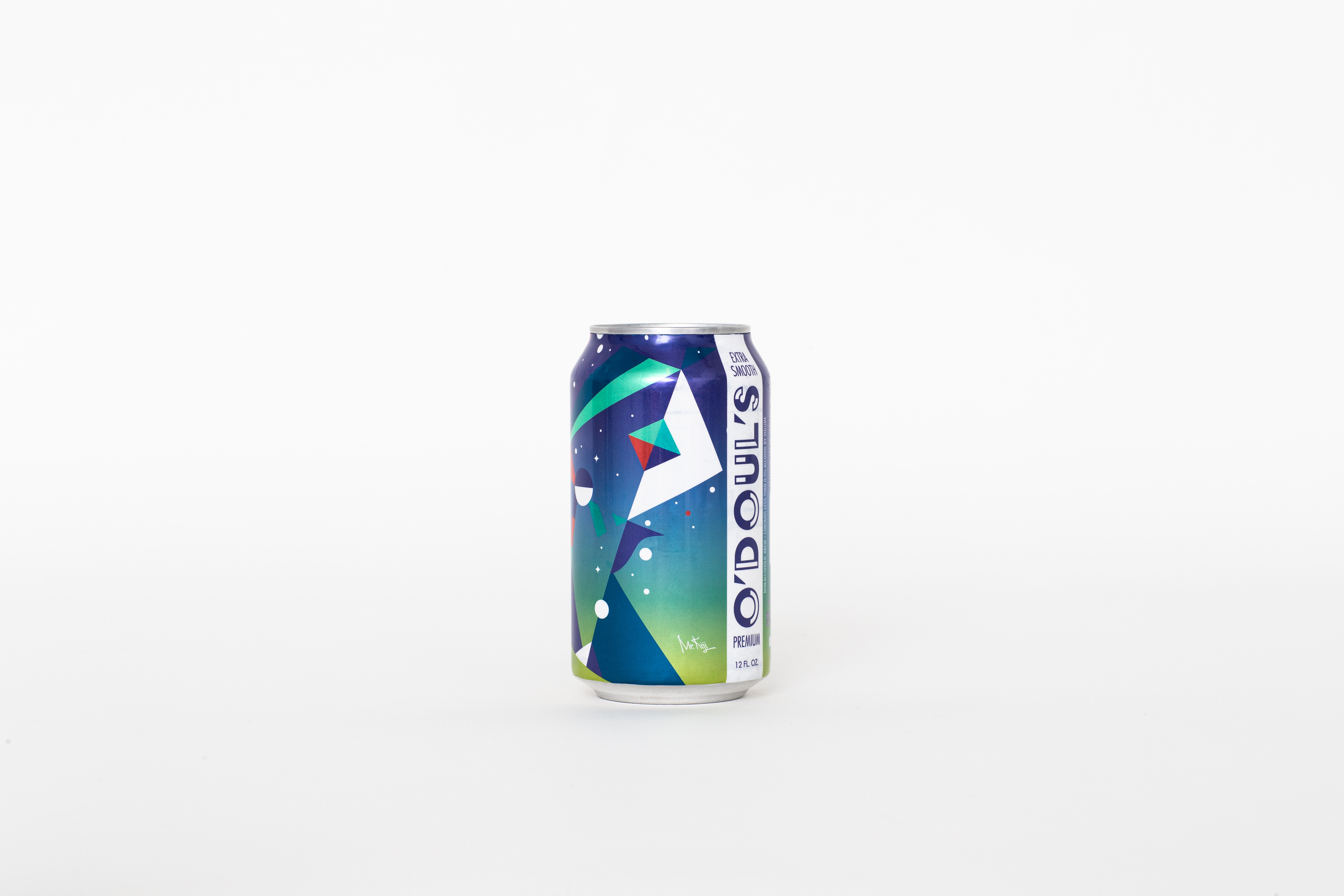 Last year’s special edition drop was an experiment for the brand, and it appears that O’Doul’s loved the idea enough to order another round and expand the collection. When O’Doul’s debuted, the brand's look made it fit in with alcoholic beers, but times have changed, and those staid beer labels and monochromic cans won’t do anymore. The new can designs serve the same purpose, but now fit in with similar craft beer labels.

The new cans are set to debut on June 21, the longest day of the year, because if you’re going to day drink on the summer solstice, you might want to throw some non-alcoholic beer into the mix to pace yourself.