While many would associate Jagermeister with frat bro parties or the concoction mixed with energy drinks and regret, this herbal digestif has its roots in hunting as the liqueur’s original distiller Curt Mast was an enthusiastic hunter and the spirit’s name in German literally translates to “master hunter.” The label features a glowing cross between a deer’s antlers, a reference to the two patron saints of hunters, St. Hubertus and St. Eustace. So, despite its contemporary reputation as a party liquor, Jager has had firm roots in outdoor activities from its inception in 1934. 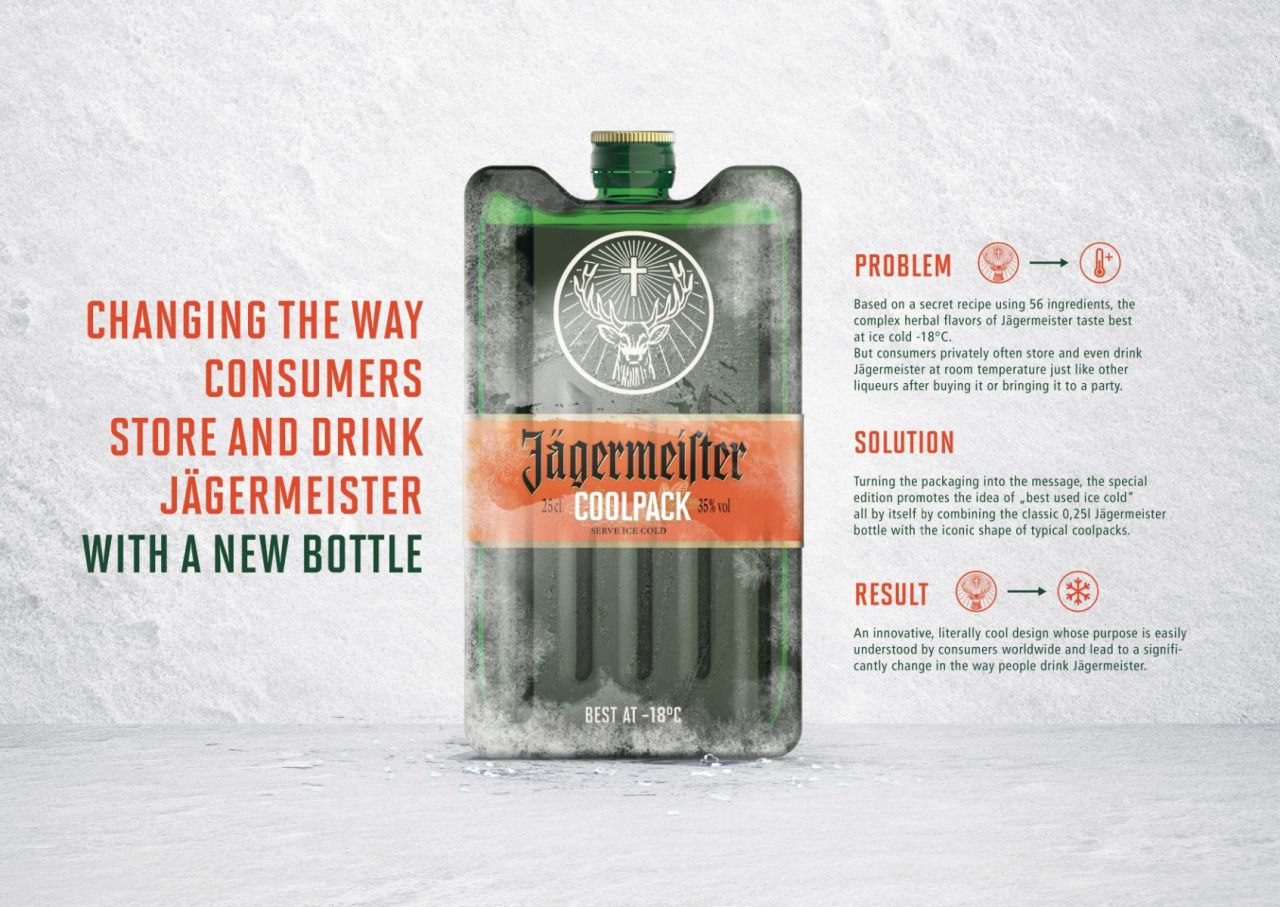 In an embrace of its old outdoors roots and relatively new party popularity, Jagermeister is releasing a new bottle designed to be chilled in the freezer and then packed in the cooler. The flat shape resembles a typical ice pack, but instead of a blue slurry, it’s filled with the digestive that’s meant to be enjoyed chilled to -18c, which is -0.4 degrees in American units and the typical temperature of a home freezer. The bottle keeps the traditional green hue of the original stout bottles but replaces the heavy glass with a plastic that chills the liqueur faster while allowing it into venues that prohibit glass bottles like the park, the beach and outdoor concerts.

“When creating the Coolpack bottle design, we wanted to create something that allowed our Jägermeister fans to enjoy the beloved herbal liqueur on-the-go, no matter the destination,” said Jack Carlson, director of innovation at Jagermeister.

It’s unclear how universal a problem of not having conveniently sized, chilled bottle of Jager ready to take to the great outdoors truly is, but that’s not stopping the makers of the stuff from making their liqueur a go-to-while-on-the-go option this summer.