London Marathoners Given Water In Seaweed Pouches Instead Of Plastic Bottles

The London Marathon, one of the sport’s marquee races, sought to reduce the 919,000 plastic bottles used by over 40,000 runners in their 2018 event. For this year's marathon, they replaced 200,000 bottles with an innovative pouch made out of seaweed.

Dubbed Ooho, these pouches made by Skipping Rocks Lab come from brown seaweed processed to remove color, taste and odor. The end product is a thin, edible membrane that biodegrades in 4-6 weeks. The seaweed used to produce the pouches grows up to a meter a day without requiring fresh water or fertilizer, a far cry from the gallon-and-a-half used to produce a single plastic bottle.

The beverage pouches are designed primarily for those on-the-go or on their feet when attending races or music festivals where they have been previously used to serve sports drinks and cocktails.

“Espresso Martinis have been the most popular product at festivals, where eating the packaging is also part of the experience,” Pierre-Yves Paslier, a partner at startup Skipping Rocks Lab, said. 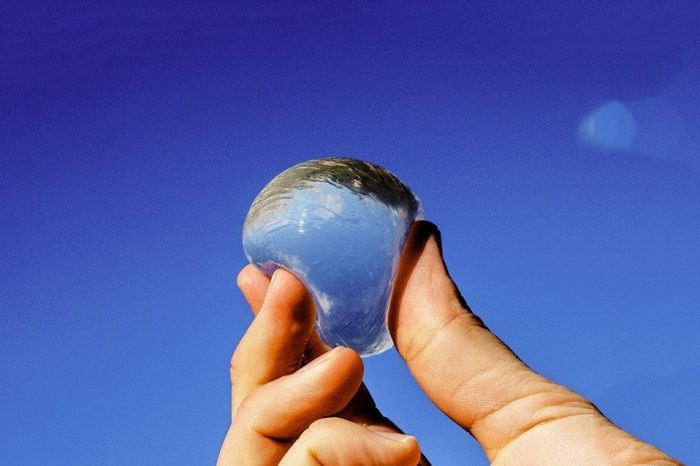 The 2019 run of the London Marathon marks the first use of seaweed pods in a race with Skipping Rocks Lab hoping they can demonstrate the technology will work on a larger scale. “The marathon is a milestone,” said Rodrigo Garcia Gonzalez, a founder at Skipping Rocks Lab. “We are hoping we will demonstrate that it could be used at scale in the future.”

In addition to replacing sports drink bottles with the Ooho pouches, the race organizers created a closed-loop system for the remaining bottles distributed, collecting bottles handed out previously for processing and recycling.

This move comes as other large event organizers have started initiatives towards the reduction or replacement of plastic bottles. Glastonbury music festival announced that plastic bottled drinks are no longer for sale during the event earlier this year, nor will they be available to performers and others backstage. In 2017, the last iteration of the music fest, Glastonbury’s 175,000 attendees went through 1.3 million plastic bottles over the 5-day event.

See You Next Week →

UK McDonald's Have Paper Straws And Customers Are Not Lovin' It