Meat in its pulsing, live form is surrounded and protected by, at the very least, skin, and usually something else, like fur, scales or feathers. But often when we harvest and butcher critters, we take that outer protective layer off, toss it aside, and rewrap the meat in something else. It would be like peeling a banana, cutting it up into smaller pieces, and then enveloping in paper or plastic for sale.

Of course, animal hides aren’t the same as a banana peel, and repurposing a cow’s hide to package up a meat order isn’t practical-it’s thick, hairy, gets smelly awfully quick and is unhygienic. One design studio in Iceland, however, set out to develop a way to use animal skin as a substitute for the plastic films often used in meat packaging. 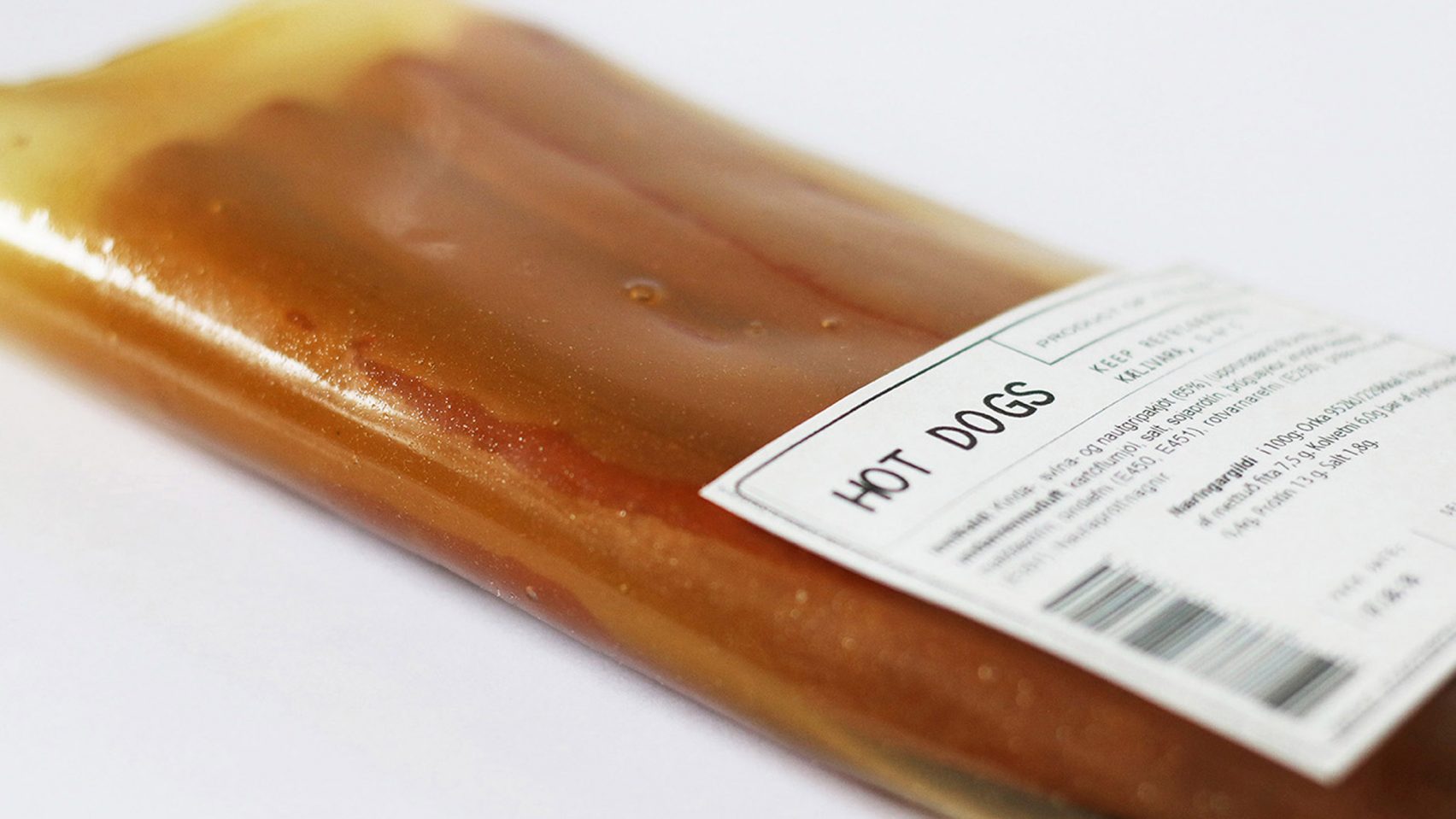 @10, a design studio with a focus on material experimentation and addressing social and environmental issues, wanted to find a way to reduce the use of plastic in food packaging, particularly for meat. The designers turned to animal skin, boiling the hide to extract collagen, a protein that is the main component of connective tissue—once dried, the texture is similar to plastic. They call the project bioplastic skin, and in addition to being made from animal skin, it's also biodegradable.

Collagen has a wide variety of applications, and it's commonly associated with being used to create to gelatin, an ingredient in desserts and other foods. Collagen is widely used in medicine, from smoothing out wrinkles to artificial skin.

The idea of keeping your dinner wrapped in a material made from boiling animal hides may seem repulsive to some, but @10 hopes people find some meaning beyond the initial aversion.

“There is a certain poetry to putting an animal back into its skin once it’s been slaughtered and butchered," the design studio states on the project’s webpage." This should not come across as unsavory or repellent in any way. On the contrary, we hope that people can appreciate the poetic nature of wrapping meat this way."

We Love The Script Typography For This Ice Cream Shop