Grado Sounds Off On Their Redesigned Packaging & Branding

Founded in 1953 by Joseph Grado, Grado Labs is an audio manufacturer based out of Brooklyn, and the business has stayed in the family all that time with son John at the helm and Jonathan serving as the VP of marketing.

Until now, Grado Labs had never given much thought to packaging and branding, having long ago adopted their sound-first philosophy. In fact, until their recent redesign, Grado didn't even have a logo, and their wordmark was their envelope company printing "Grado Laboratories” in Avant Garde. But after 65 years, Jonathan felt the brand needed a little TLC, and finally convinced his father to undergo a brand refresh by working with creative agency High Tide (also based in Brooklyn, because Brooklyn stays together). 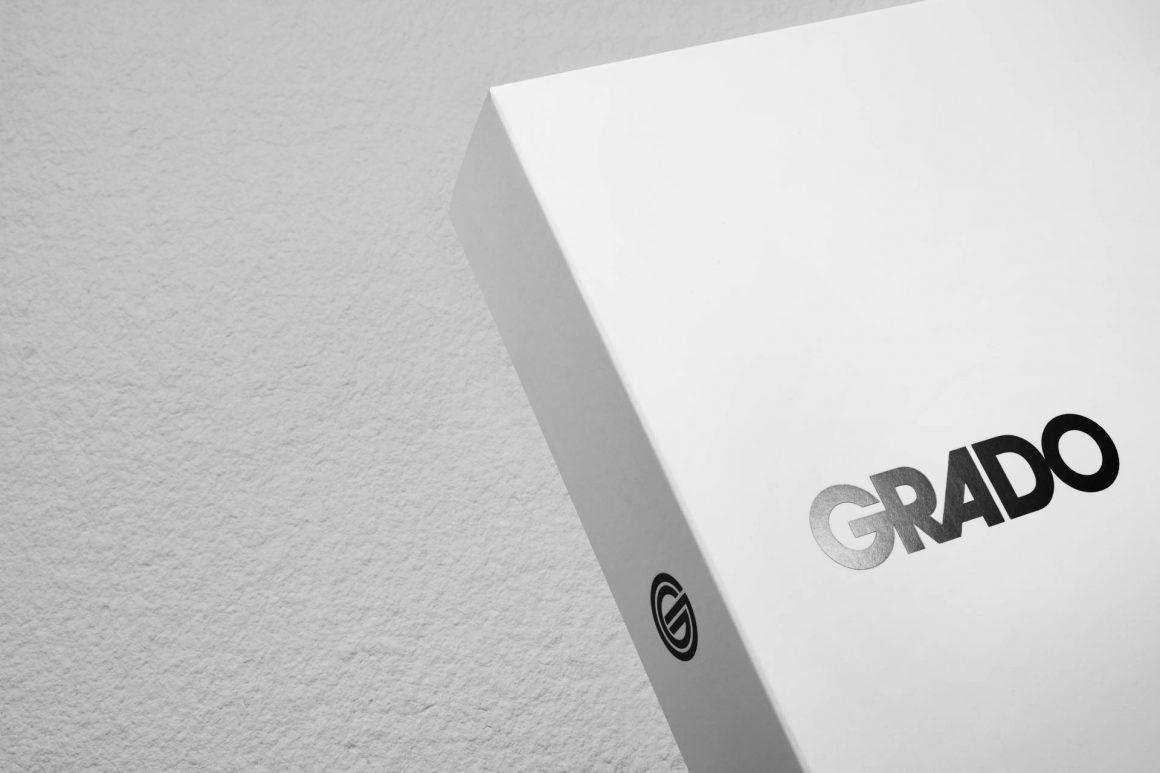 “Nothing has ever been put ahead of the sound,” says Jonathan Grado. “So much so, that branding, packaging, and anything else that doesn’t directly affect the sound has always been an afterthought. When I told my dad we've had 65 years to perfect our sound, and maybe we should spend some time polishing up our edges, he agreed it was a good time to go ahead with this project.”

They had some pretty clear goals from the get-go—updating the wordmark, creating a logo and bringing continuity to the packaging and brand. They also wanted to create a website that matched the new branding with a focus on photography while still maintaining the tradition and heritage of the Grado brand. 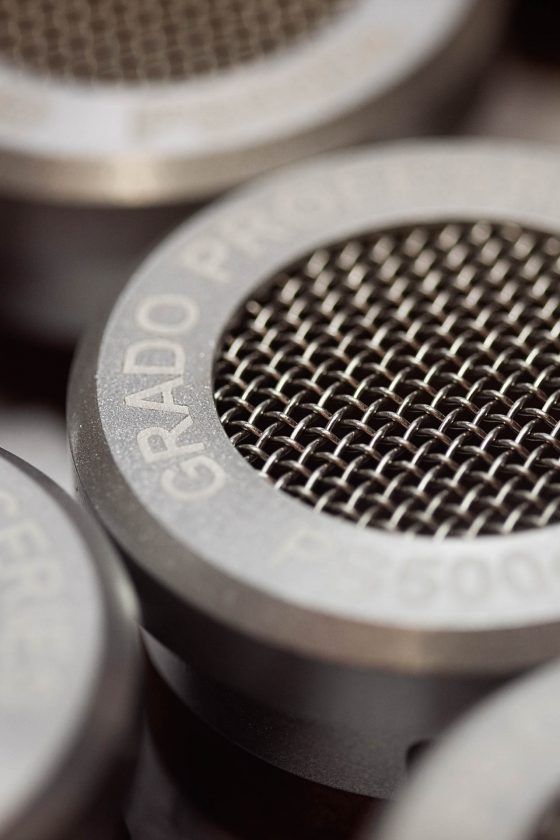 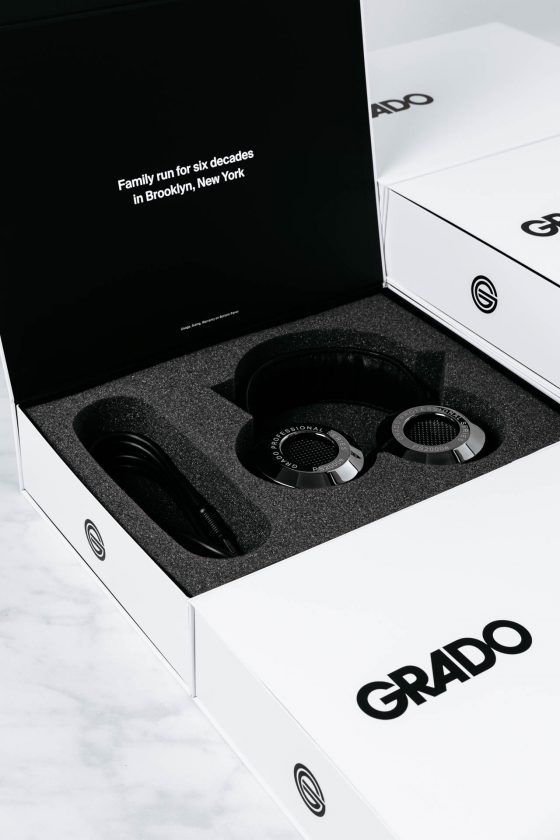 “Our goal,” says creative director of High Tide Danny Miller, “ was to evolve the identity for today’s modern consumer. Another goal was to streamline the identity across all touchpoints so every interaction with the brand, from the headphone packaging to the digital presence, all felt unified, cohesive, and reflective of the premium product offerings.”

“To impart a more modern feel and to pair better with the headphones themselves, we started by using a bolder weight of Avant Garde,” he adds. “We then added slight customizations to the type and played with how the letters connect to each other, just as the creator had intended. The monogram was built off of the Grado 'G,' playing off of the shape of the Grado headphone design as well as mimicking a spinning record and sonic vibrations in its animated form. The packaging was meant to reflect the essence of a Grado product—simple, bold, and timeless.” 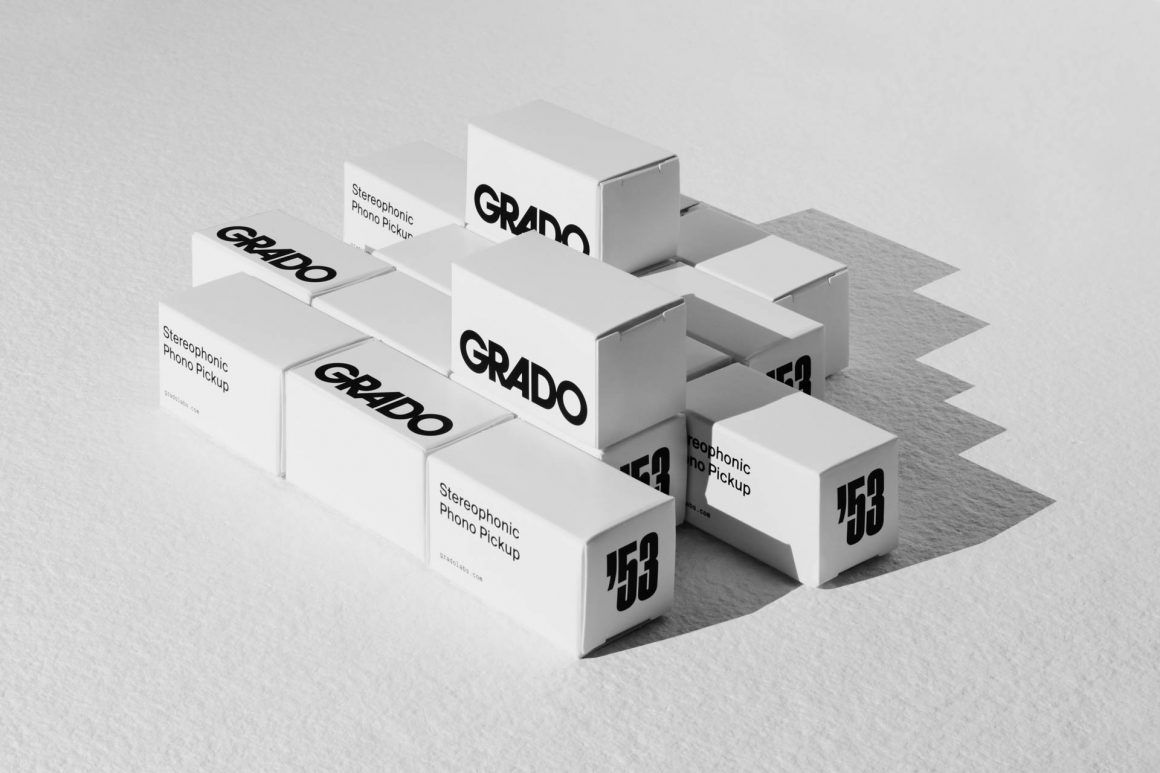 Part of the packaging redesign was also pragmatic: Grado has been in the same building since 1918, back when the family business was fruit, and with storage at a premium, the packaging is designed to be stored flat and work for all models, using customizable labels.

“Something I look forward to is making sure we stay consistent in the future," says Jonathan. "Making sure we stick with our new fonts, making sure our logo is used in the right way, making sure placement and lockup on one piece match another. These are things we’ve never had to worry about since we’ve just never had it." 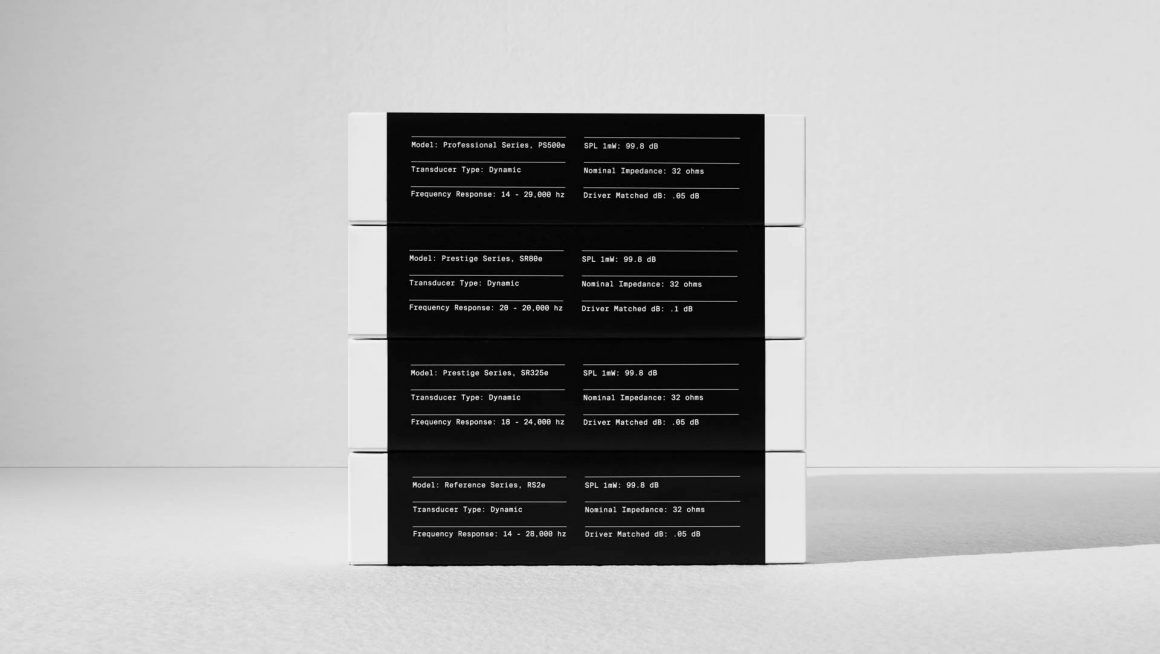 When you have a premium product like Grado's, there's an impulse to let the goods sell themselves, to rest on your laurels. Given that their previous wordmark was chosen by their stationary company and endured through inertia, it’s safe to say their rebrand is off to a great start. 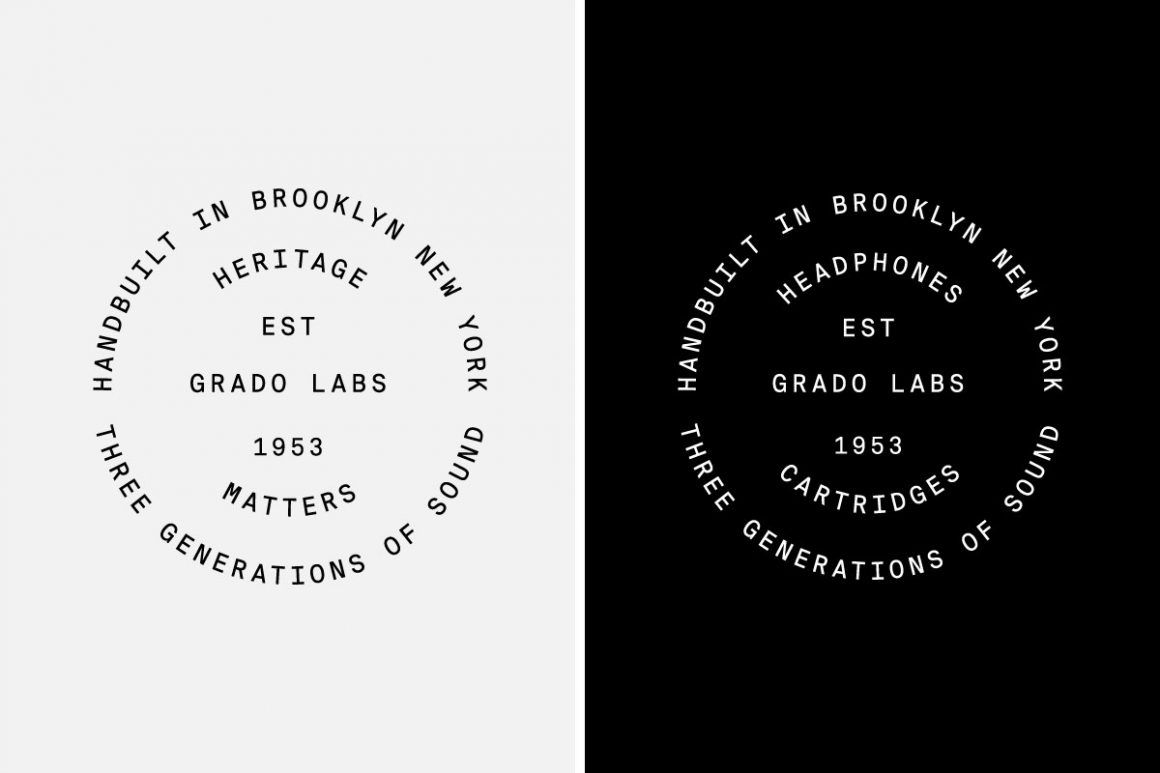 Final 'Game Of Thrones' Season Is Almost Here, And Oreos Are Coming