Molson Brewery was founded in 1786 in Montreal, along the St. Lawrence River. It's also the oldest brewery in North America.

Much like hockey, maple trees and beavers, beer is a large part of the Canadian identity, and Molson is one of the oldest and most iconic of all their beers. Its “I am Canadian: Rant” 2000 advertisement became a rallying call for Canadian patriotism and national identity.

However, Molson’s variants of beers were disjointed, each having distinct and divergent identities, that while recognizable and in the spirit of their product, were not as clearly united under the Molson brand. 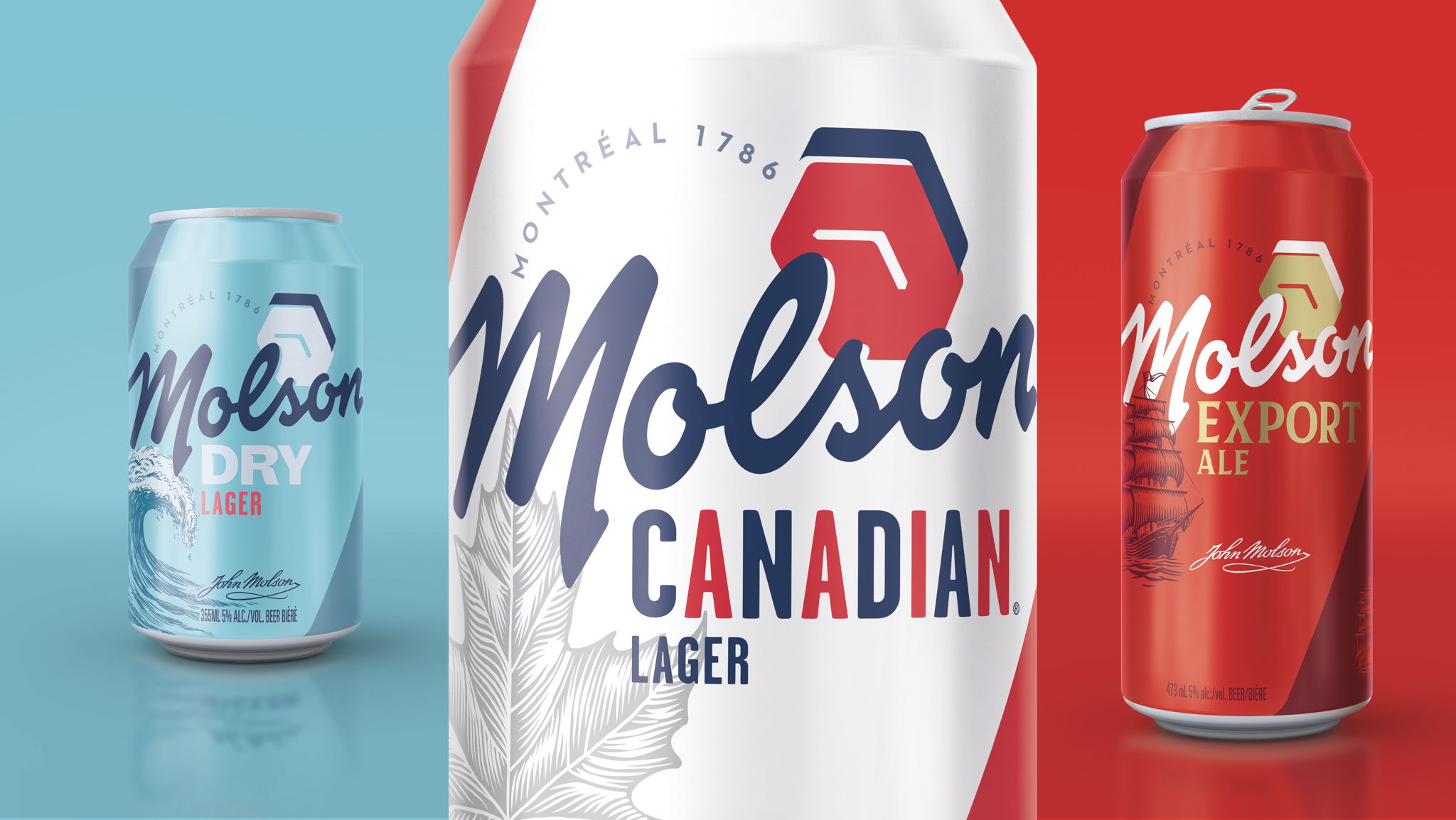 BrandOpus was tasked with bringing meaning back to Molson while also unifying their portfolio of brands under a Molson master-brand.

“One of the priorities of the rebrand was that Molson would act as a master-brand driving the brand narrative and the consumer meaning, while at the same time retaining memory structures of the different products in the range,” says Paul Taylor, Chief Creative Officer and Founding Partner of BrandOpus. “Molson also wanted to generate reappraisal and drive the visual presentation of the brand. This also meant looking to revive Molson visual equities that had been lost over time.” 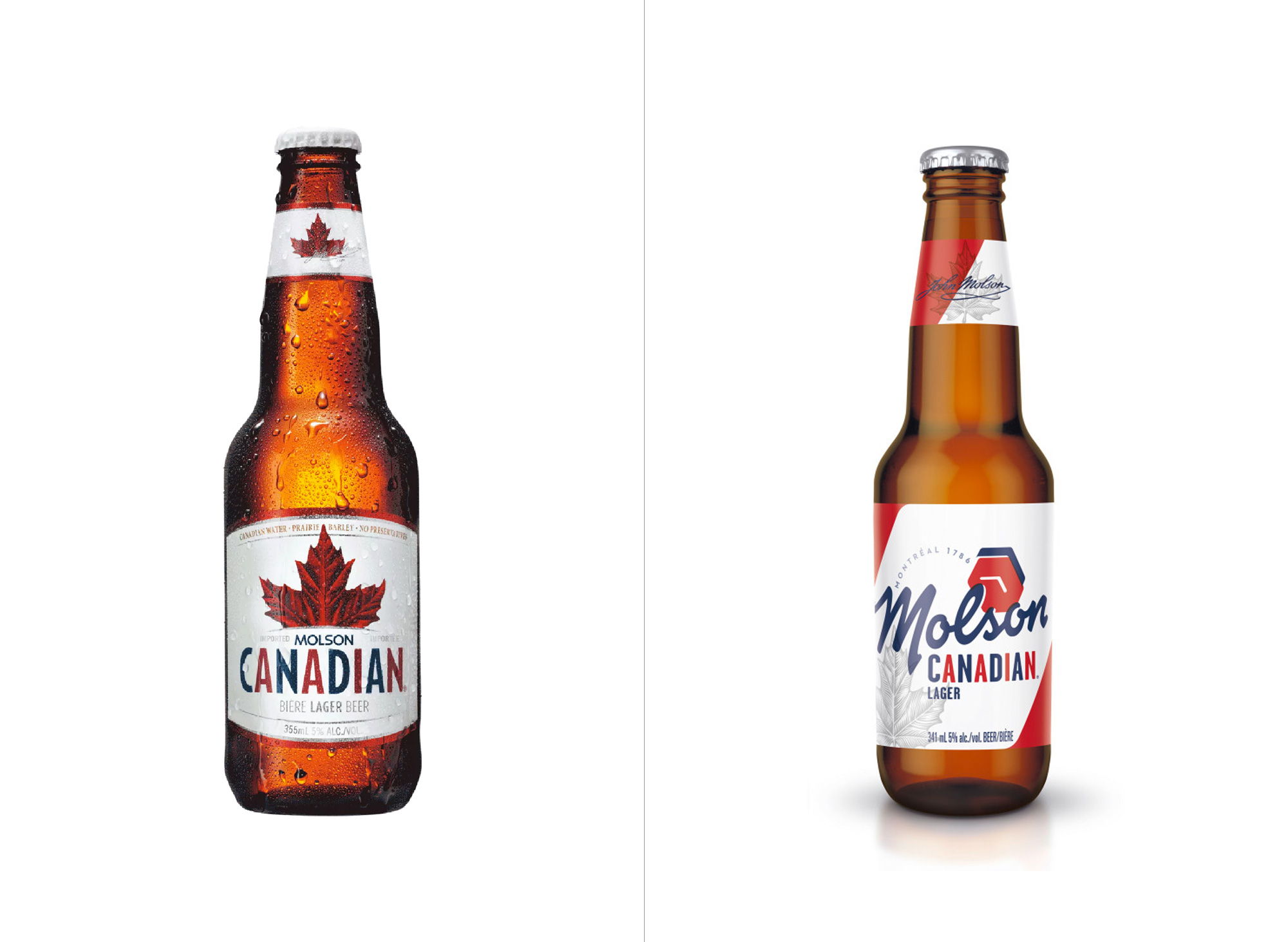 Given their 233-year heritage, BrandOpus delved deep and immersed themselves in Molson’s history to gain inspiration. Founder John Molson’s spirit, for example, led to the new Molson script mark and the inclusion of the hexagon, representing the clock that has resided on the side of their factory since 1950, a fixture of the Montreal landscape. The arched “Montreal 1786” above the new script mark also recalls the brand’s long history. 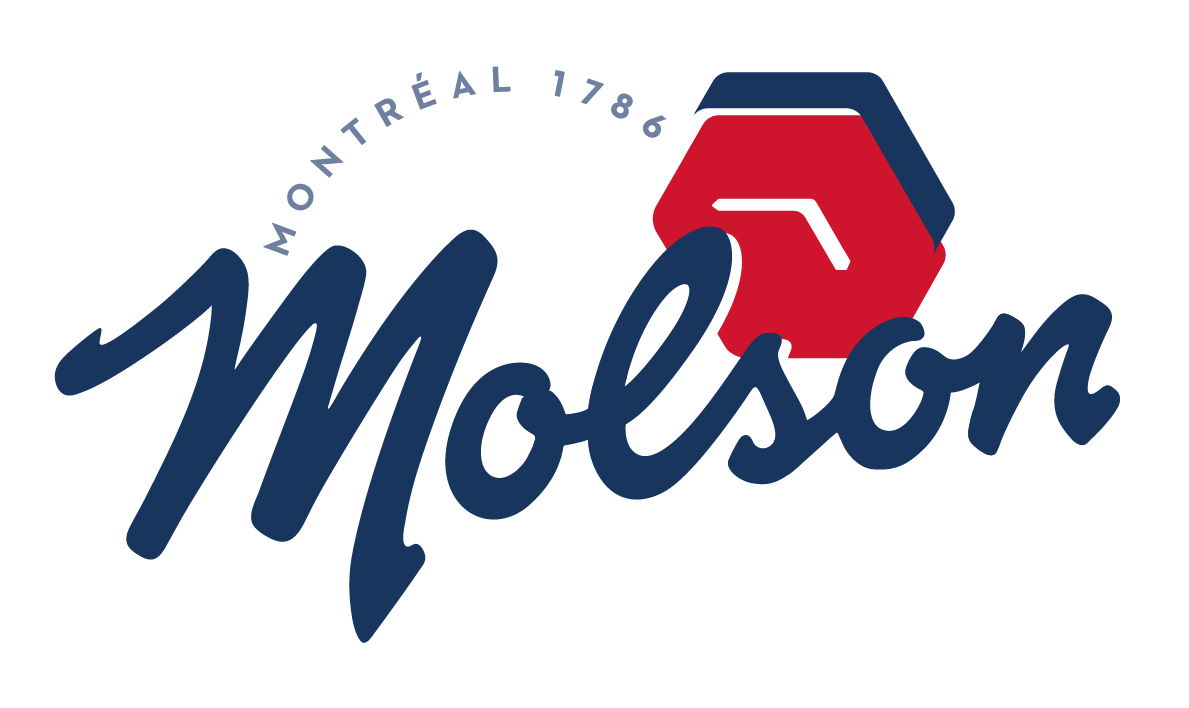 After designing the master brand, the agency then had to choose visual elements to retain for their sub-brands. “We then identified the key visual equities from each sub-brand and ensured they were maintained in the new packaging execution,” Taylor says. Some pieces got a refresh—Molson Canadian retained its alternating colors but now sports a new font. The wave, maple leaf and ship are also used but hold a less prominent role on the new labels. 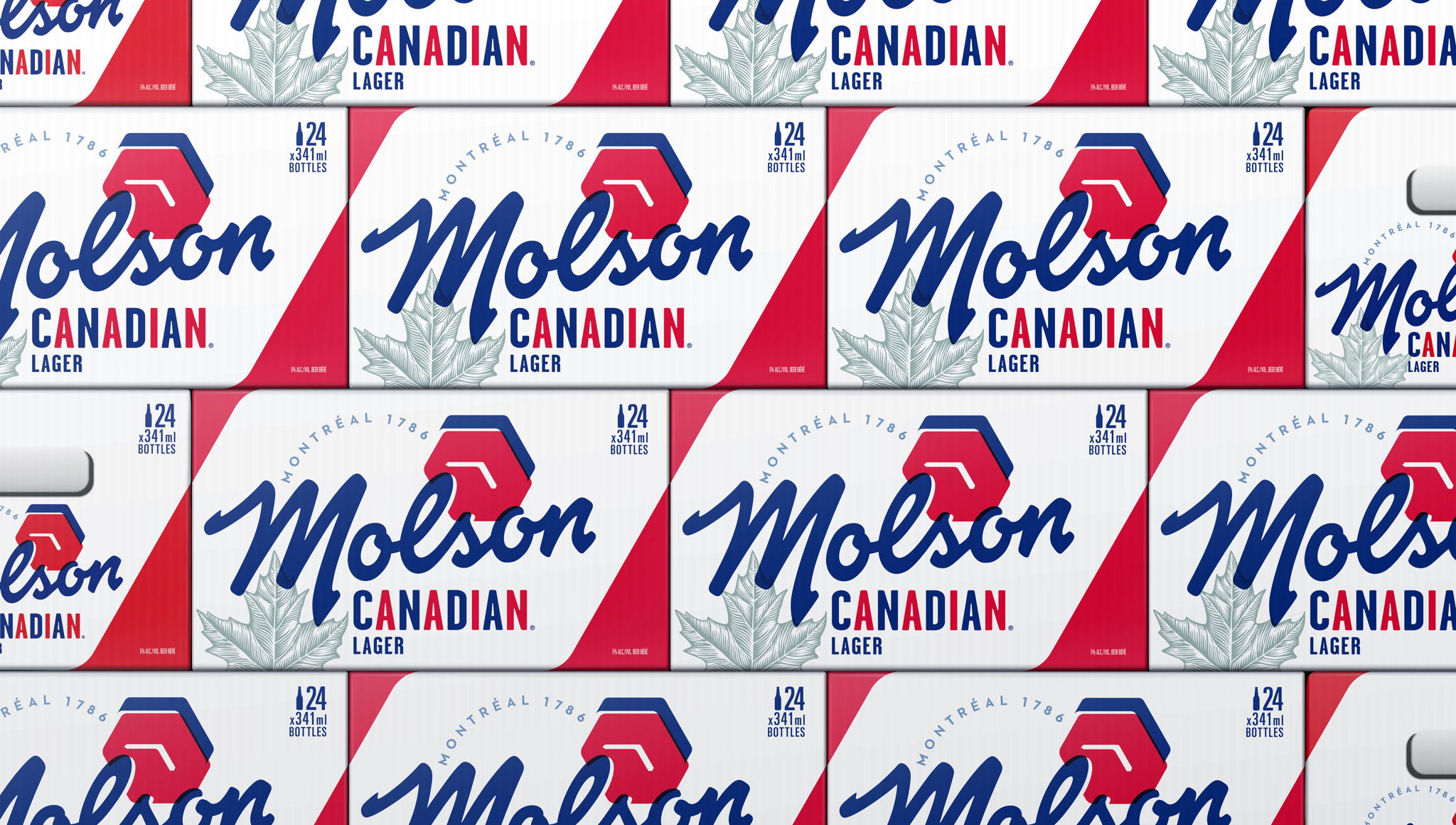 “It was key to maintain memory structures and familiarity," Taylor adds. "It was also vital to preserving other elements, such as the sub-brands typography and symbolism. This, however, would still take on a secondary role, so the Molson identity took center stage within the master brand." 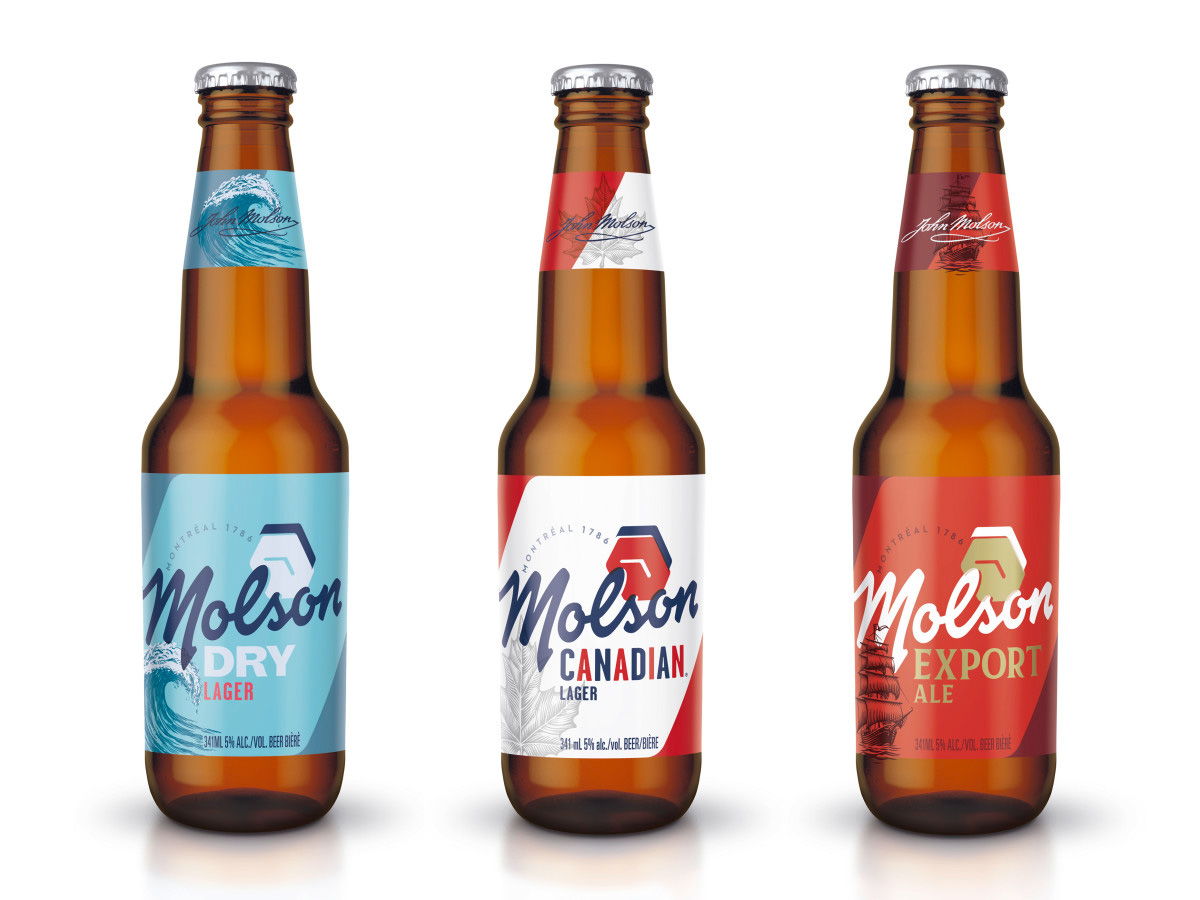 BrandOpus and Molson’s ultimate goal was to tie together all of Molson’s brands under a unifying visual identity while also paying respect and being rooted in the past. Molson’s new rebranding is a cohesive presentation of the Molson brand across its entire portfolio while still giving each sub-brand a secondary and unique look. Molson’s Canadian, Dry, and Export look more like siblings and less like distant cousins in this rebranding. 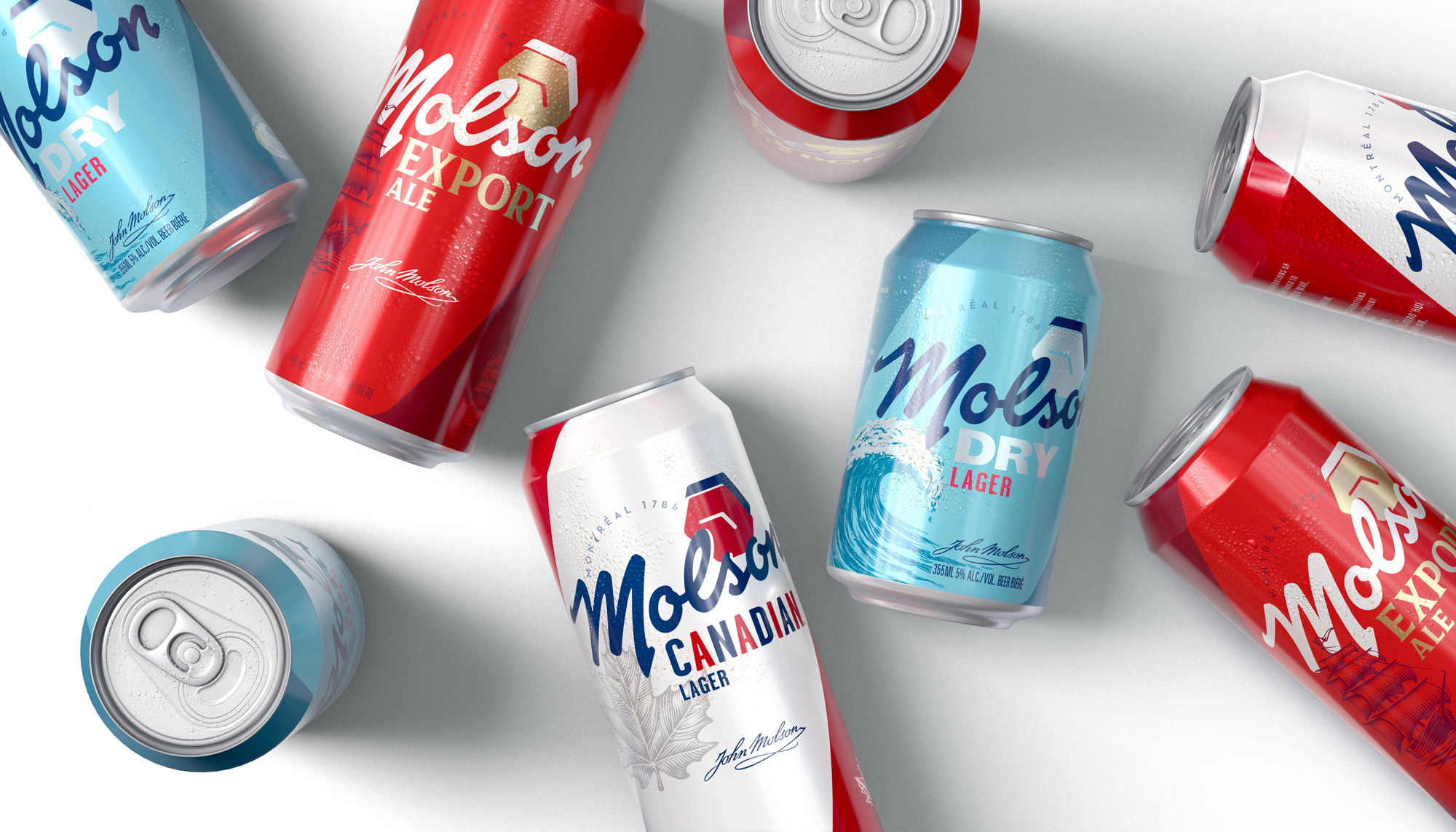 “As with any major rebrand we have undertaken, the lesson is always that you can achieve evolution in the mind of the consumer through a revolution in the way a brand presents itself,” says Taylor. 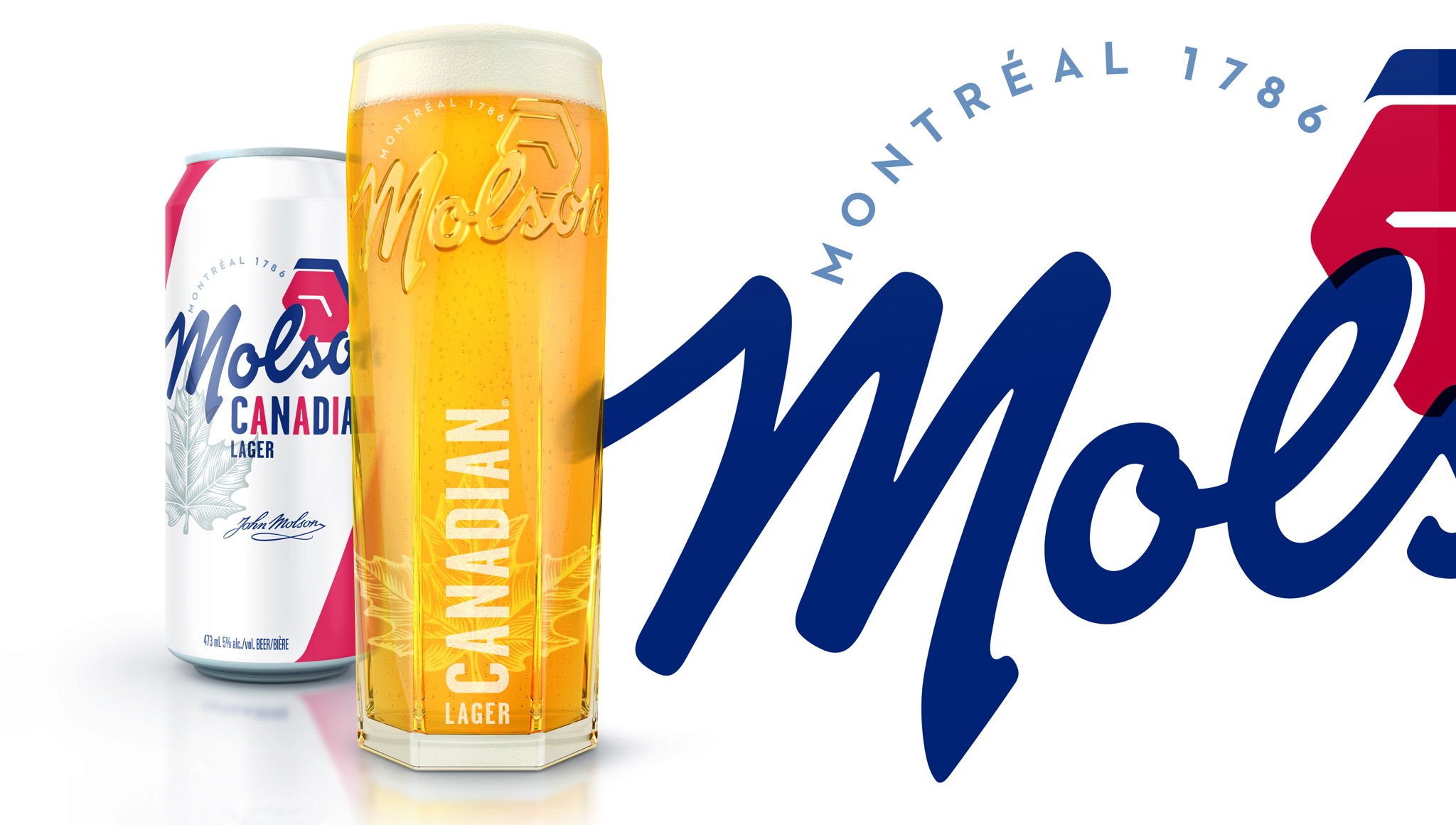 They Wouldn’t Let Me have Photoshop: When CEO’s Get Creative