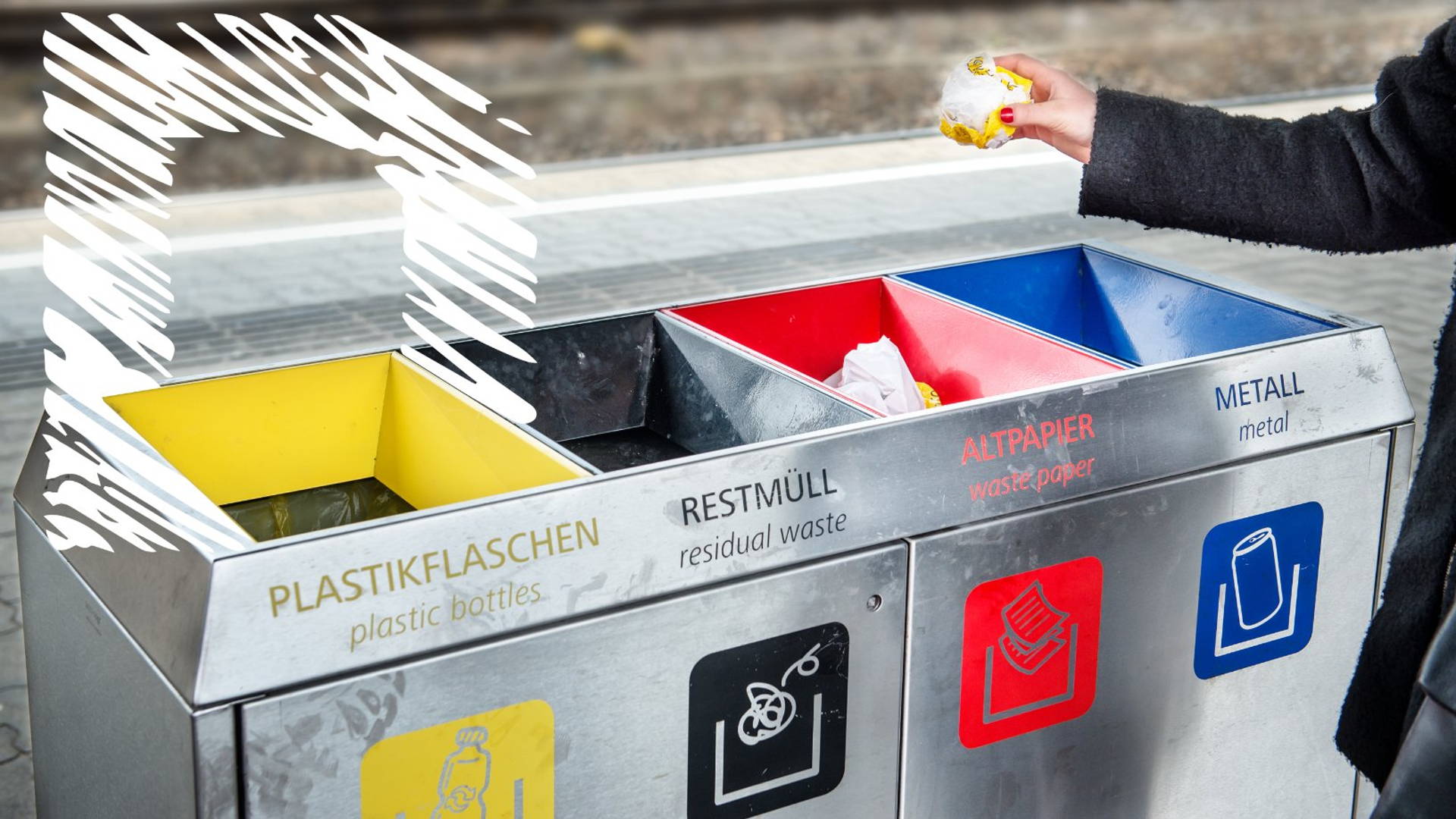 It’s Time For The US (and The World) to Move to Ambitious, Real Recycling

We’re taught to look on our trash for that telling triangular symbol—the same one that instructs us to put something in the recycling container rather than the garbage bin. From there, our recyclable materials are whisked off to a center where they’re broken down and reused.

That is, first of all, if people even bother to recycle. In the United States in 2015, a little over 30% of glass was recycled—pretty dismal for a material that is 100% recyclable. But we can’t just blame consumers, because recycling is, quite honestly, confusing sometimes. Plastics alone have a wide variety of types, some of which are easier to recycle than others. And items like cardboard pizza boxes or coffee cups are ones we often think can be reused but really can’t. 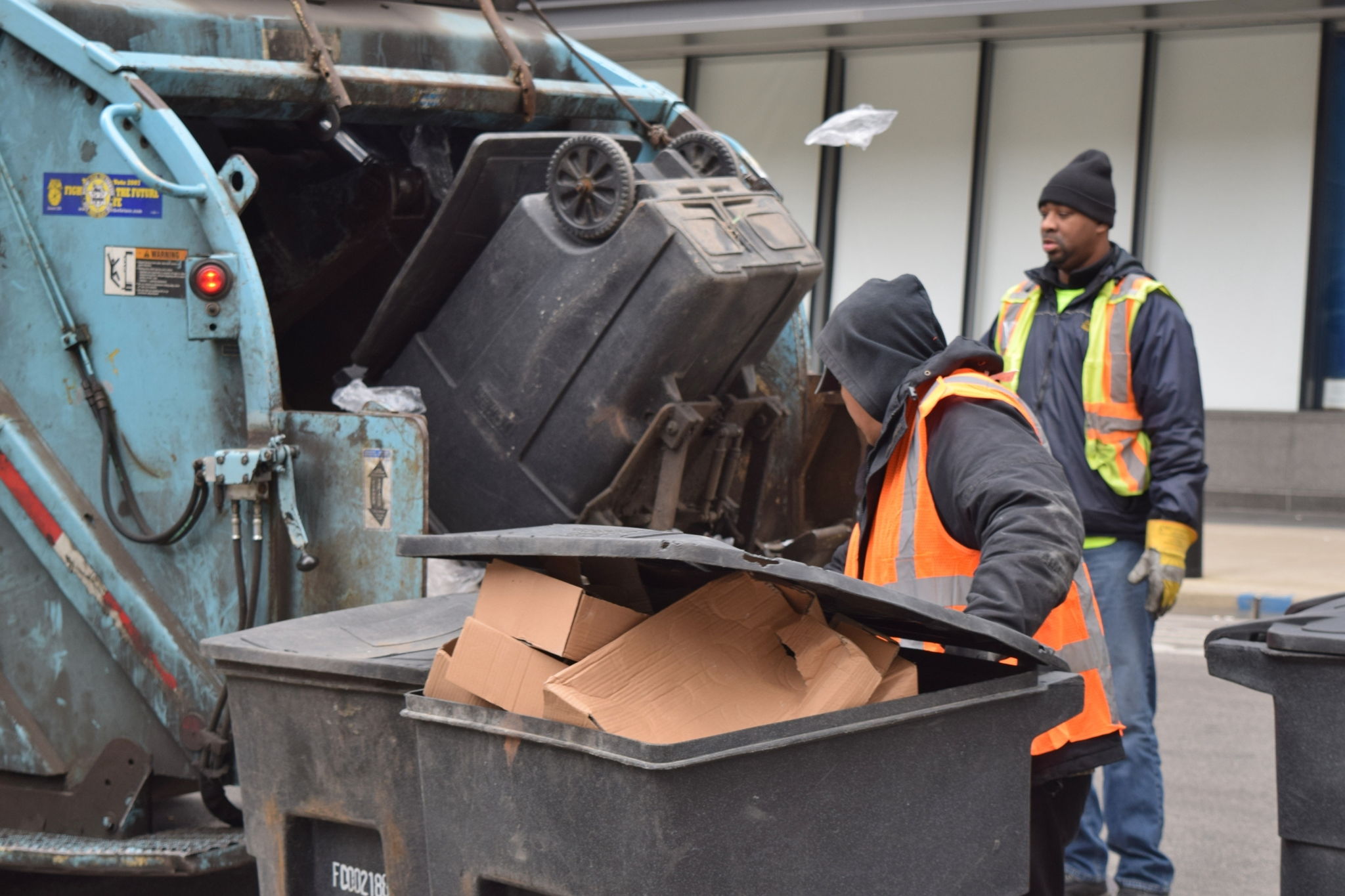 Ramon Arratia, Sustainability Director at Ball Beverage Packaging Europe, believes it’s time for what he calls “ambitious and real recycling” because clearly, our current setup is failing us. Yes, he agrees more transparent information about recycling on the product packaging would be helpful, but why stop there?

“If we wanted to be radical, we could print the recycling rate of each product and create competitions among products for higher recycling,” he mused. 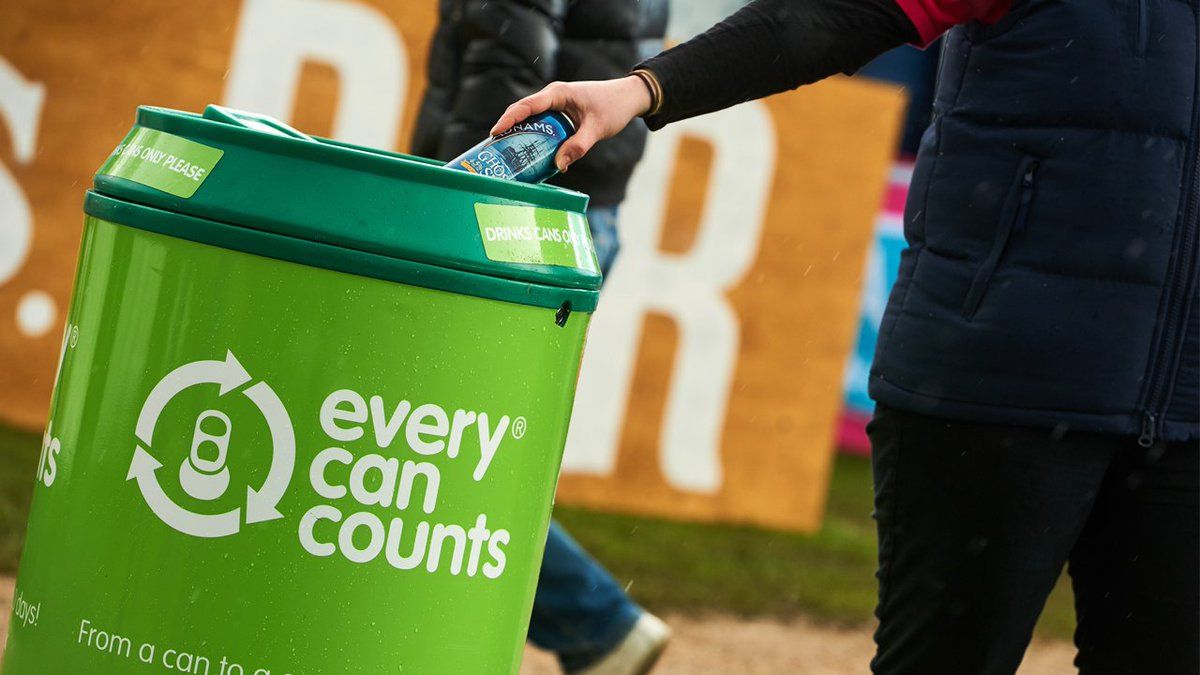 These are the kinds of ideas that sparked programs like Every Can Counts, found in 15 European countries (from offices to large-scale events) to promote beverage aluminum can recycling. “We come to music festivals with spectacular engagements in order to raise awareness of how cans are easy to recycle and actually recycled,” Ramon explained, “and we call for people to put them in the right bin, which facilitates things.”

He shared his own vision for a future rock concert partnering with Every Can Counts at the Sustainability in Packaging Europe conference. Aluminum cans would go in either one of two sides of a clear bin—maybe one for Metallica and one for ACDC—and concert-goers essentially vote for their favorite with where they place their can.

“Why does recycling have to be so bloody boring? Why can't it be more fun in terms of context?” Ramon asked.

If “fun” will improve recycling rates, then the US certainly needs to hop on board. Of the top 25 Municipal Solid Waste reported recycling rates, the US came in last. Many European countries, including Wales, Austria, Slovenia, Belgium, Switzerland, and others put the United States to shame. The number one country on this list was Germany. 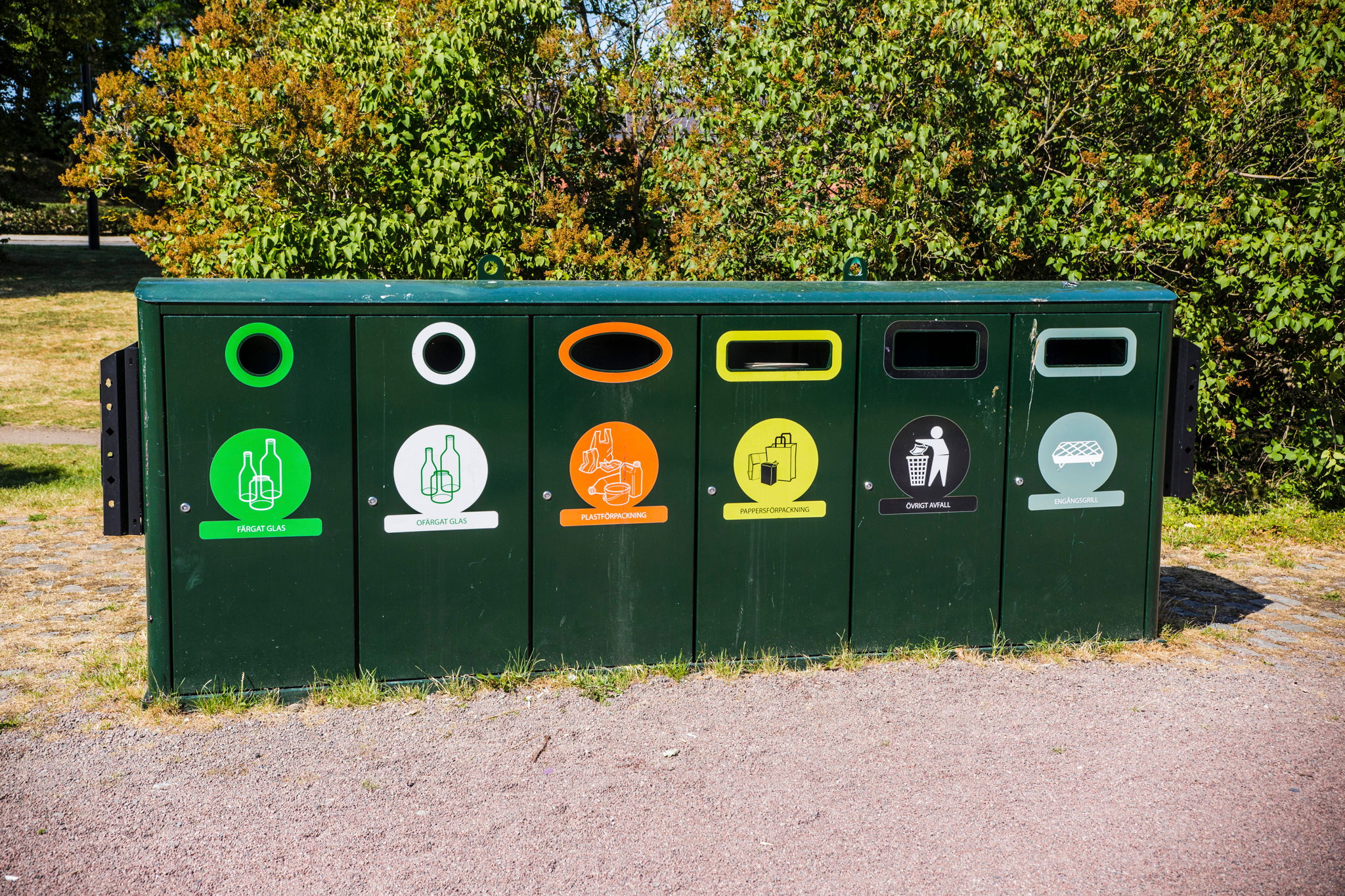 Ramon admits that Europe is “probably the least bad performer in recycling,” but he can’t help but still see the massive room for improvement. “Current recycling schemes are collection schemes and not optimized for material reuse. We should merge thinking on product design, collection, sorting, and recycling and think system-wide. Some difficult to recycle packaging should not be in the market, or pay heavy fees while optimized packaging should pay fewer fees.”

Even something as simple as on-the-go recycling can make a significant impact. This is something which varies city to city, both in the US and Europe. “Every time there is a general rubbish bin, there should be a recyclables bin,” Ramon insisted. “It should be mandatory for train stations, stadium, and music festivals to have sufficient recycling bins to maximize recycling.”

Brands in Europe are definitely stepping up their game, and you’ll find different recycling movements going on. Standards for recyclability are coming, Ramon said, and will tackle those tricky greenwash-y claims of “100% recyclable” products. The EU has redefined the method for how they calculate recycling rates, and for brands to achieve anything less than 50% would be unacceptable. Brands will have targets in place for real recycling, recyclability, and recycled content in certain products. 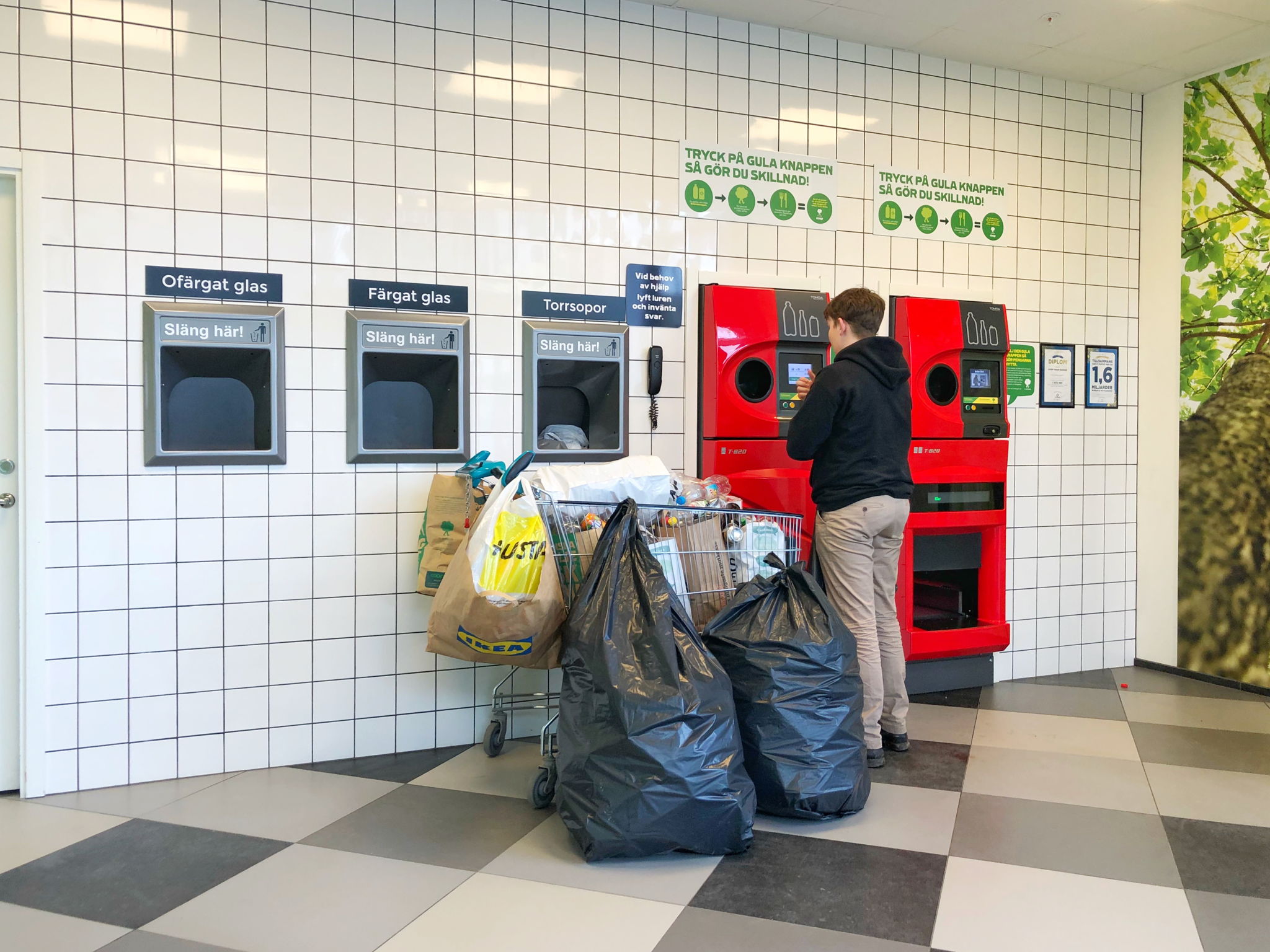 Ultimately, that’s not going to be enough, though—the designer plays a vital role in this, too. The topic of recyclability is often frustrating for designers because there are things throughout the value chain which are out of their control. But rather than fall into the trap of the bystander effect, there are ways to be in control and make an impact.

“Fully understand the end of life process,” advised Ramon. “Look at how your product behaves in sorting lines, whether there are some design changes that can support it or design flaws that prevent full sorting.” He believes designers can work through three questions in order to improve their work.

How is each part of my product separated and how can I facilitate it through better design?

How is each material then recycled and which are the contaminants for that process?

How can I change the problematic substances?

And it’s not just designers, either. Ramon mentioned brands need to have a deep understanding of the sorting and recycling process, waste management companies should know more about product design and the issues facing each packaging market, and governments should aim to create policies which give incentives for everyone to participate and do their part. Too ambitious? Hopefully not. The time for real recycling is now because, well, recycling is a very real issue.

“Now that packaging is on focus and is a political issue, a lot of progress will be made,” Ramon said. “The risk is rushing too much without thinking deeply about the policy’s impact.”

Maraca Cold Brew Delivers A Pop Of Color With Each Bottle