Pack of the Month: Mexico-Based Firmalt Dives Into Cold Brew Coffee With Maraca

Mexico-based, cold brew coffee company Maraca is inspired by the colorful, rhymic instruments that share their name, which makes an enormous amount of sense considering how caffeine makes you feel once it hits your lips.

"As a true icon of Mexican culture, maracas are commonly seen in festivities," says Manuel Llaguno, co-founder and creative director at Firmalt, the Mexico-based design agency who dreamed up the packaging design for the cold brew company. "They are a symbol of energy, movement, and enjoyment, which is why it was only natural to use them as the main inspiration for a cold brew coffee that brings these elements into our everyday lives. When you drink Maraca, you get this raw energy that jump-starts your day and makes you want to do more." 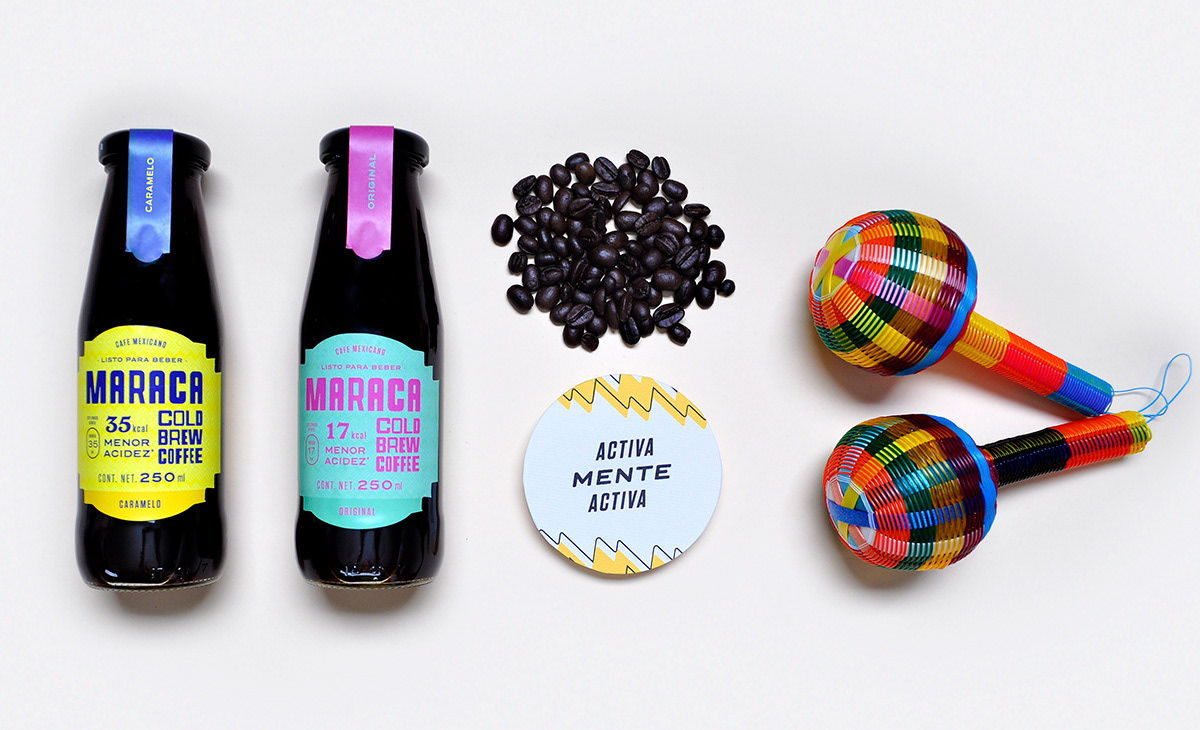 This sparked  Firmalt to create a tagline for the designs, “Activamente Activo,” which translates to actively active.

"On its own, it speaks a lot about the brand's vibrancy and movement," shares Llaguno. "In truth, there is another important play on words in this tagline when you separate the words 'Activa' and 'Mente' which translates to Active Mind. This speaks about the effects of the actual coffee, and how it helps your brain come alive."

With the name and tagline set, Firmalt hosted a workshop with Maraca to learn more about the vision they had for their packaging and determine next steps. 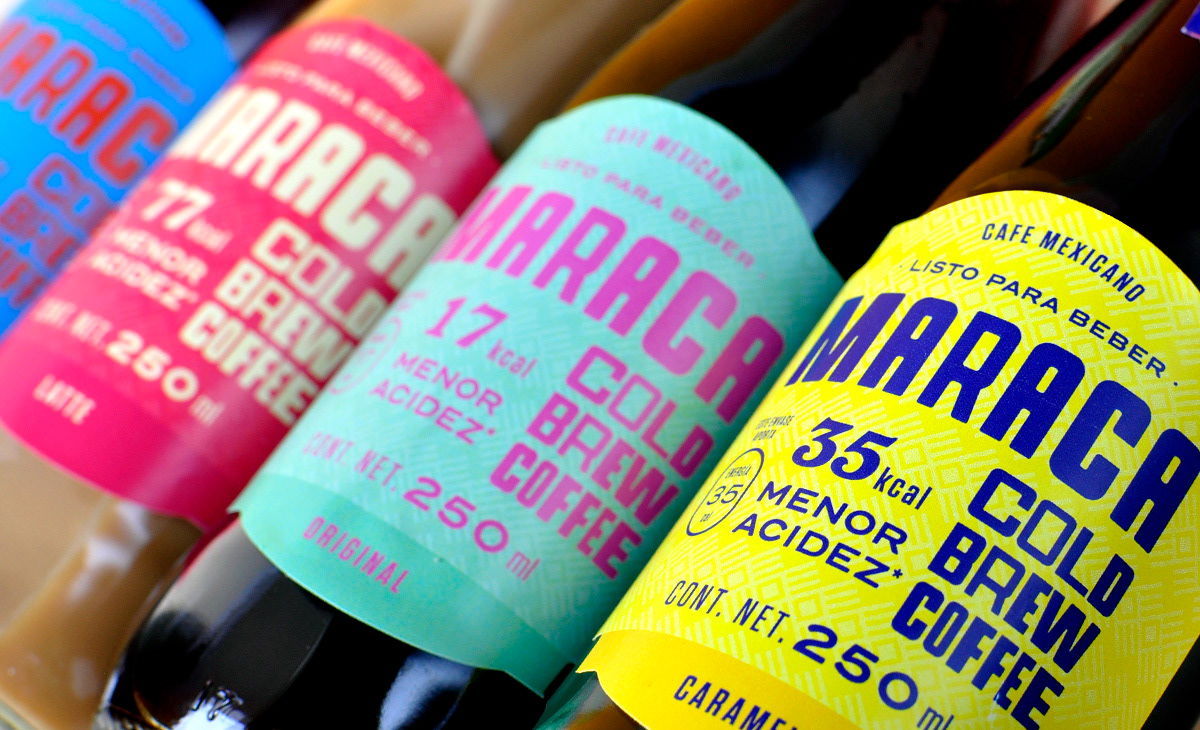 Together, they discovered their two goals; introduce cold brew to Mexico (a not yet common beverage there) that shows it is more than just hot coffee on ice, and compete with big ready-to-drink coffee brands that are already well-loved around the country.

After conducting extensive research and taking a deep dive into the competition, they formed a branding strategy that would represent the fun, colorful side of Mexican culture, one that focused on the benefits of cold brew coffee and would help them stand out in the market by using vivid pops of color over the dark tones coffee is associated with. 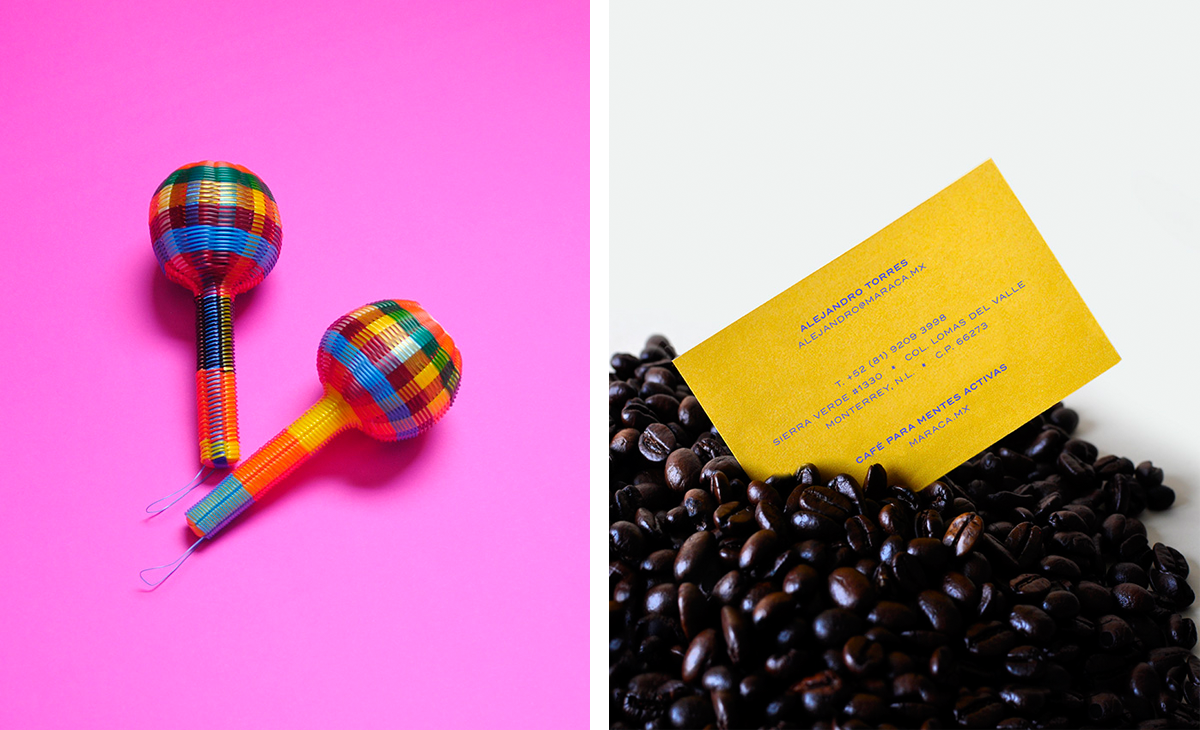 "To be honest, this was tough to nail down, design-wise," states Llaguno. "We went through all the classic Mexican cliches (so many sombreros) before finding something special. It eventually came down to using three elements common in Mexican design-a lot of geometry, quirky handmade typography and unexpected colors. From there, everything just clicked." 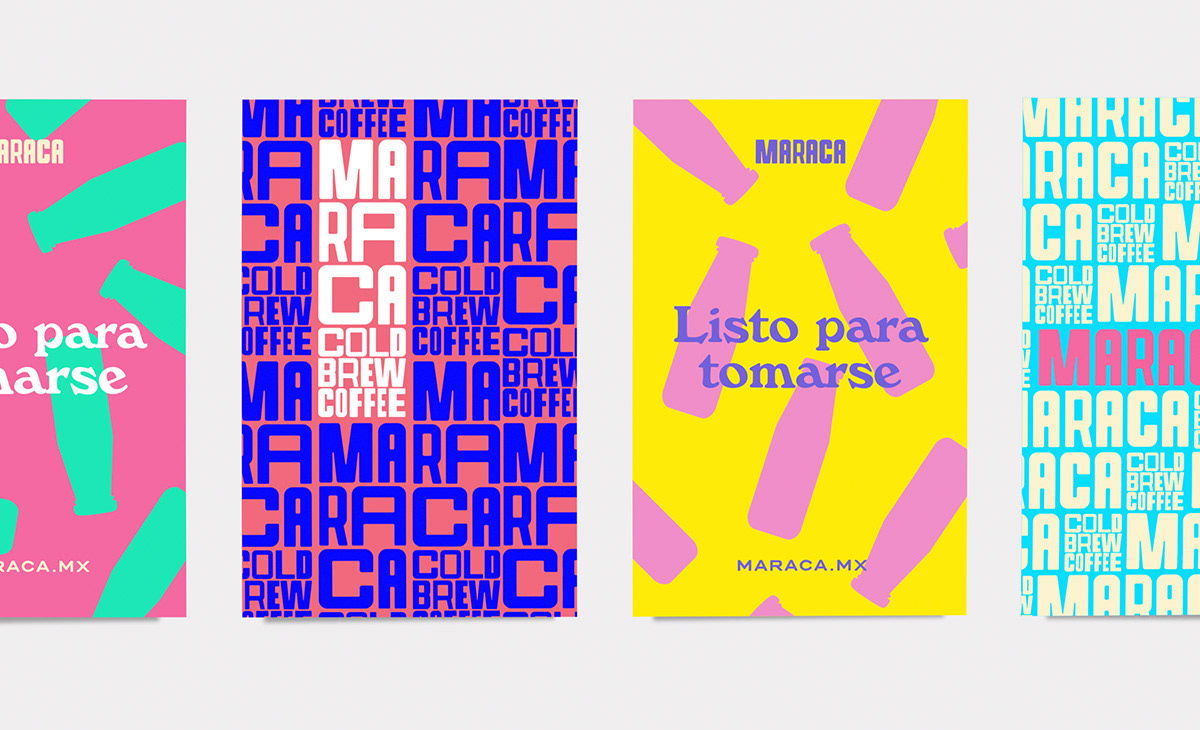 Intricate textiles handmade by indigenous tribes native to Mexico and Latin America inspired the geometric patterns found on the labels. Additionally, the custom typography was drafted in-house to help tie everything together.

Firmalt narrowed down the critical elements of the project to produce work that reflected Mexican design, though it wasn’t without its challenges. 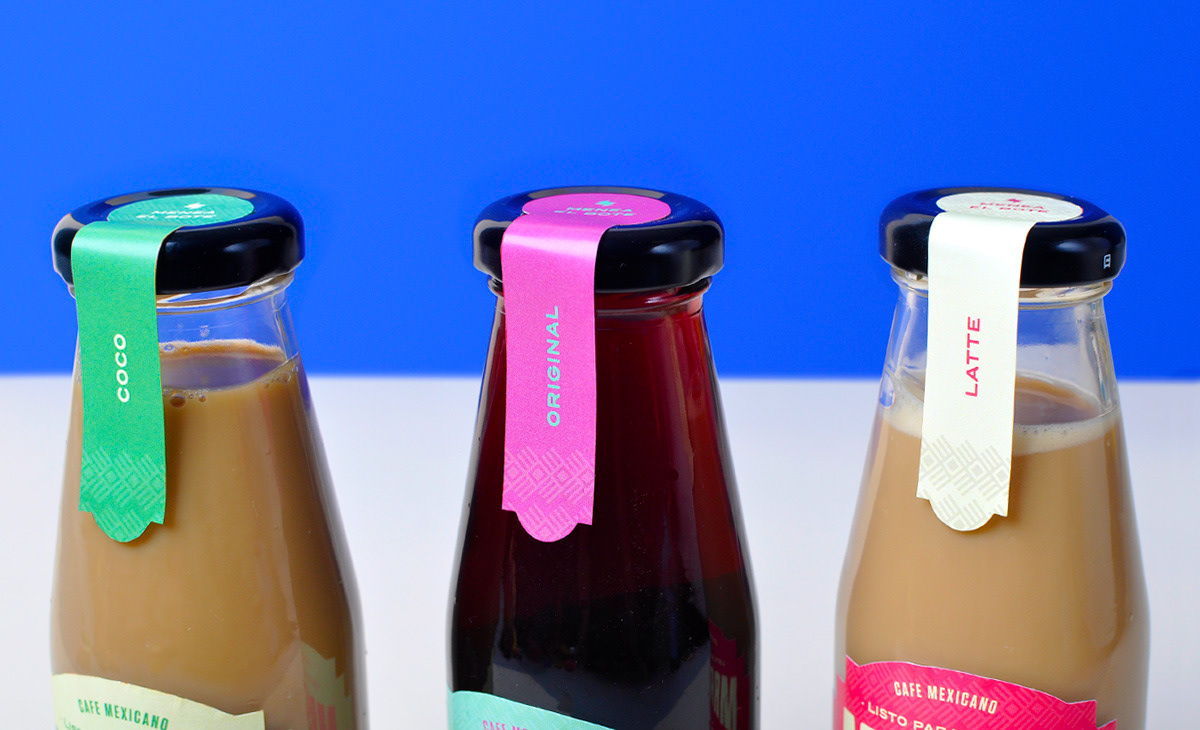 “As a Mexican design agency, many brands come to us wanting to keep a Mexican aesthetic and feel in their design," says Llaguno. "Mexico’s culture is either very luscious and has a lot going on or is very traditional and vintage looking. Some cultural features have become a bit of a cliché, and we wanted none of that for Maraca. Our main challenge was creating a Mexican aesthetic that transformed Mexican style into a modern world brand."

Currently, Maraca is available in three flavors with each bottle made of 100% Mexican coffee that is roasted and infused in cold water for 18 hours. Original keeps it simple with no additives, Candy features notes of caramel, while Latte has light milk and stevia to mellow the intense flavor of the cold brew.

With these three delicious flavors featuring Firmalt's vibrant designs, Maraca is poised to make waves in Mexico as cold brew coffee catches on. And, you know, it's not a terrible way to kickstart your day either. 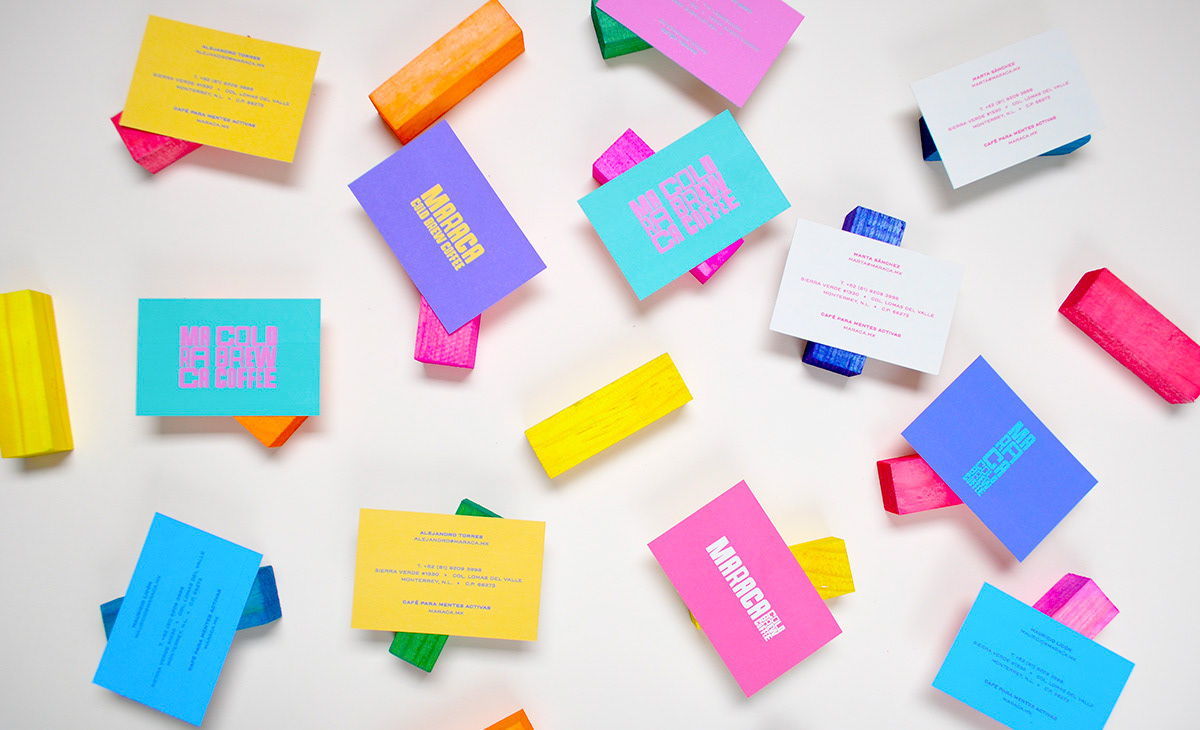