In a time where everyone is attempting to manifest positivity, it is understandable that the absolute last thing we would want to think about is preparing for the worst. While disaster kits usually conjure an image of an extreme conservative living in a military-style fortress off the grid, anyone who has turned on the news or checked social media can relate to the feeling that something awful could happen at any time, anywhere.

Although alarmist tactics aren’t Preppi’s game, their luxe designs are working hard to change the way disaster-kits are marketed. Prior to Preppi, the retail landscape dictated that preparedness kits fell into one of two categories: Health & First-aid at your local CVS or in outdoor supply stores where disaster prep-kits are often synonymous with the word “apocalypse.” 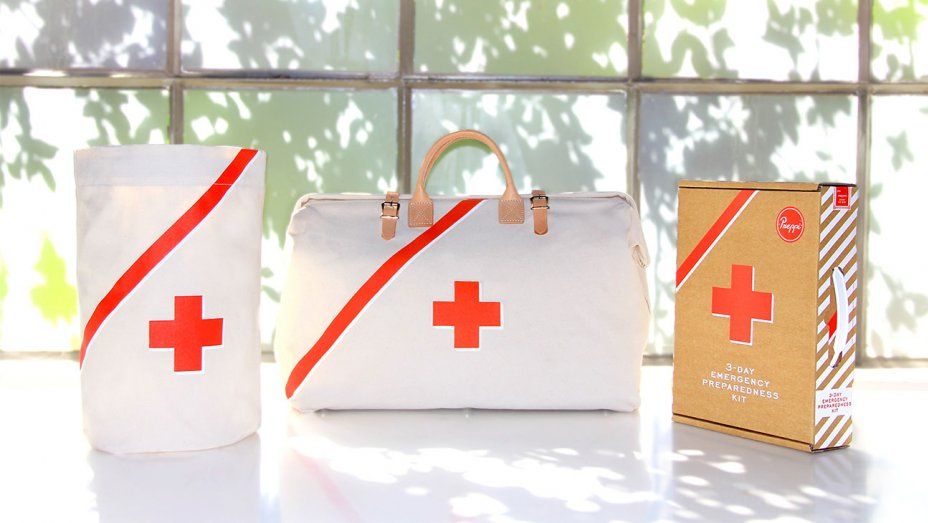 After Ryan Kuhlman and business partner Lauren Tafuri experienced an earthquake in 2014, they realized they’d been living over a decade in Los Angeles without purchasing the one thing every Angelino should have at the ready—thus Preppi was born.

Preppi offers five different tiers of its signature disaster prep-kits for every price-point. They run the gamut from the more modest $95 Preppi GoBox, to the water and fire retardantThe Prepster Black - Ultra Emergency Bag which comes in at a whopping $4,955, the same one featured on 2 Chainz Most Expensivest.

In addition to crucial disaster prep items such as a 3-day ration of food and water, the bags also include creative comforts like Mast Chocolate and MALIN+GOETZ grooming products. All kits also come with a Lifetime Warranty, which means consumers can approach Preppi as an investment.

We spoke to Preppi CEO Ryan Kuhlman on how Preppi is getting people hyped about giving the gift of readiness.

Which design agency/designers did you work with?

We crafted our entire design scheme in-house. I went to USC for film and my partner, Lauren, went to school for art. We had both experienced a small earthquake back in 2014, and both decided that after living in Los Angeles for over a decade and still putting off buying a disaster kit that it was time. What we found was that none of these were appealing, so we started Preppi as sort of a design experiment: could we find items that we wouldn’t mind having in our house?

We had a lot of inspiration from the outdoors in the Alps, the early 1900s—early outdoors clothing, skiing, had an impact in the typeface. We wanted to reference something that felt instantly classic and builds confidence.

The Go-box highlights diagonal stripes indicating caution and our color palate is simple blues, whites, and our signature red/orange. Finding the balance of a design that said caution without extreme emergency was challenging. 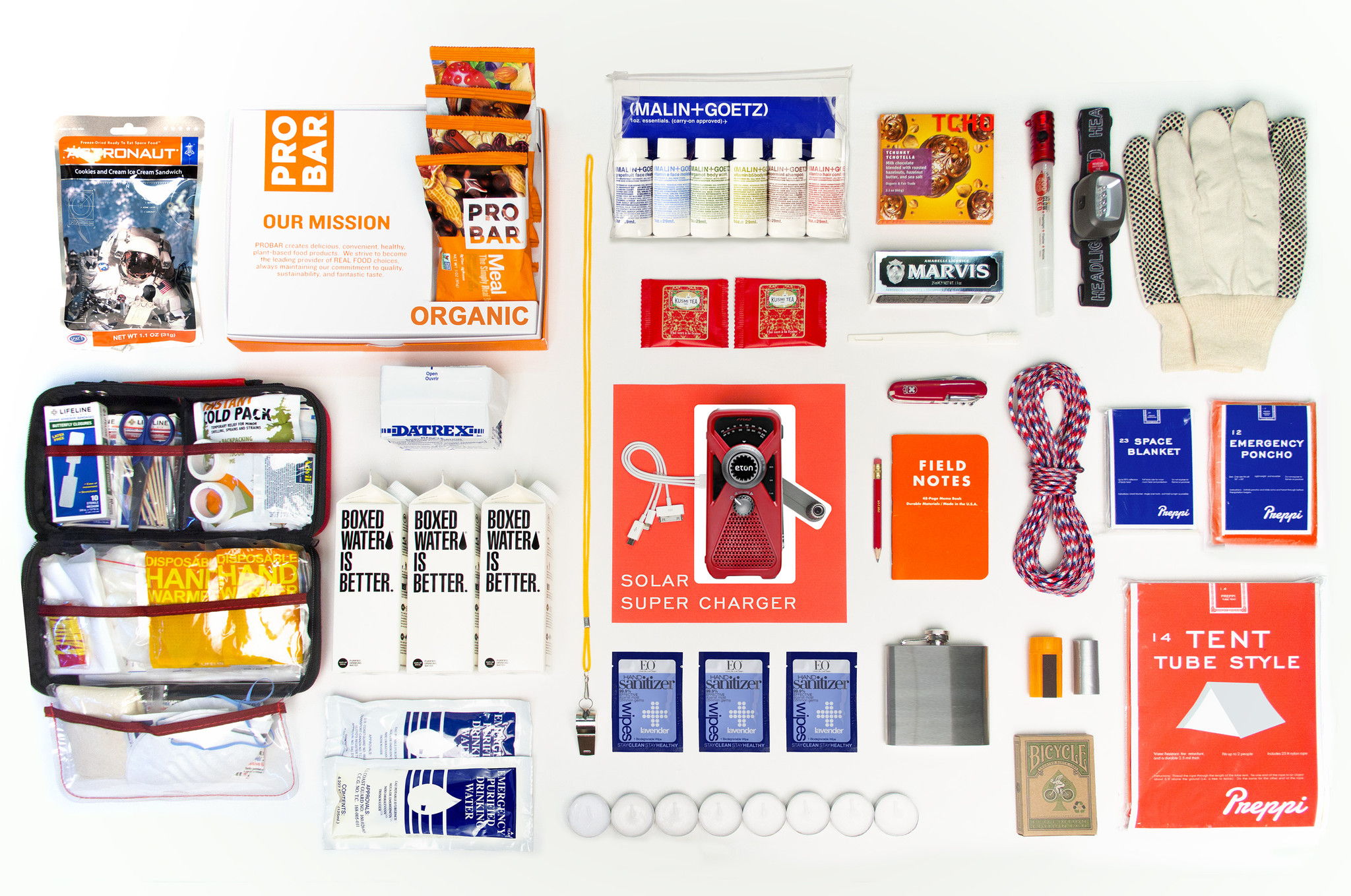 How do you think Preppi is changing the conversation around preparedness?

Natural disasters are not geo-specific, even though a large portion of our customer base is in Southern California. Also, disaster preparedness isn’t a particularly fun conversation so it can be difficult to get consumers excited about a niche product! You don’t have people waking up on a Saturday morning excited to go out and buy their disaster-kit. We get some flack for the items we’ve put in our kits, but by putting those creature comforts or even offering monogramming, we’re taking an item everyone needs and turning it into an excitable, giftable experience. We’ve also really tried to provide a kit for every price-point, which is why there are different tiered options.

Our goal was to take something that is often shoved into the back of a closet or deep in the garage and present it as something you would want around directly. If a disaster strikes and you’re watching TV in your living room, you may not have access to your garage or closet, right? 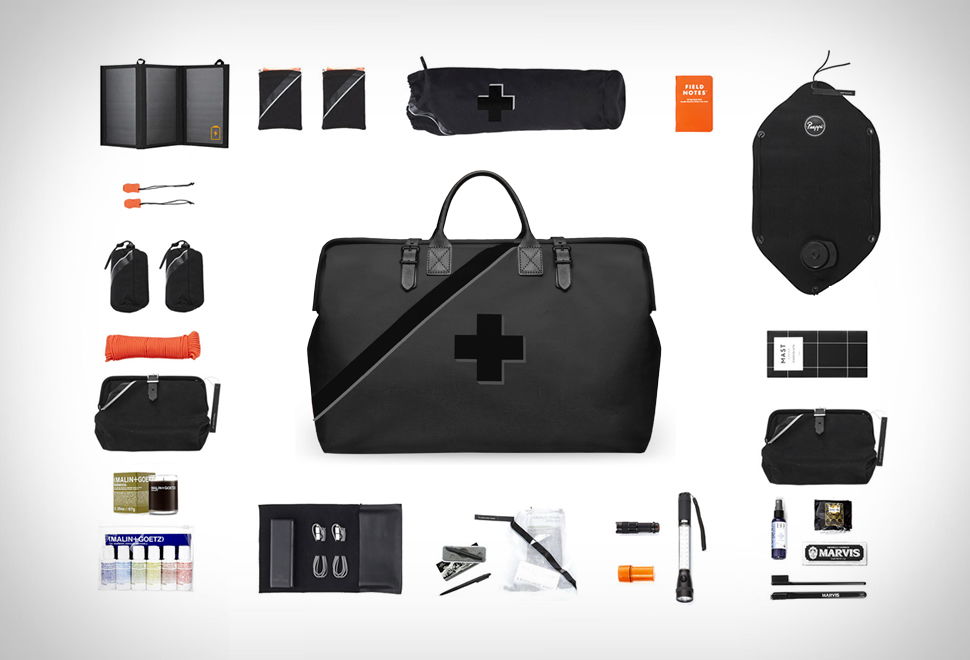 Can you speak to the sustainability of the Preppi kits?

All the canvas bags are extremely durable, and we’re so confident of this we have a lifetime guarantee on them! The thing about an emergency kit is that most things inside don’t need to be replaced besides the food and water (Preppi comes with both at the highest shelf-life on the market, 5-years)

We’re coming up on our five-year anniversary which means we’ll be emailing everyone who originally purchased a Preppi kit and offer them replacement food and water; we don’t want people to buy a kit once, then get rid of it. We want things to be interchangeable.

The Go-box itself, which is shaped like a book so you can easily store it in any room, is made from recycled cardboard. Everything we could make recyclable, we did.Share one lesson that you learned while developing the finished project.

The small details of the manufacturing process can be very challenging; there are so many little things that can go wrong. We strive for protection, so you have to baby the process in order to make sure that everything is exactly as it should be and the product turns out how you envisioned it. 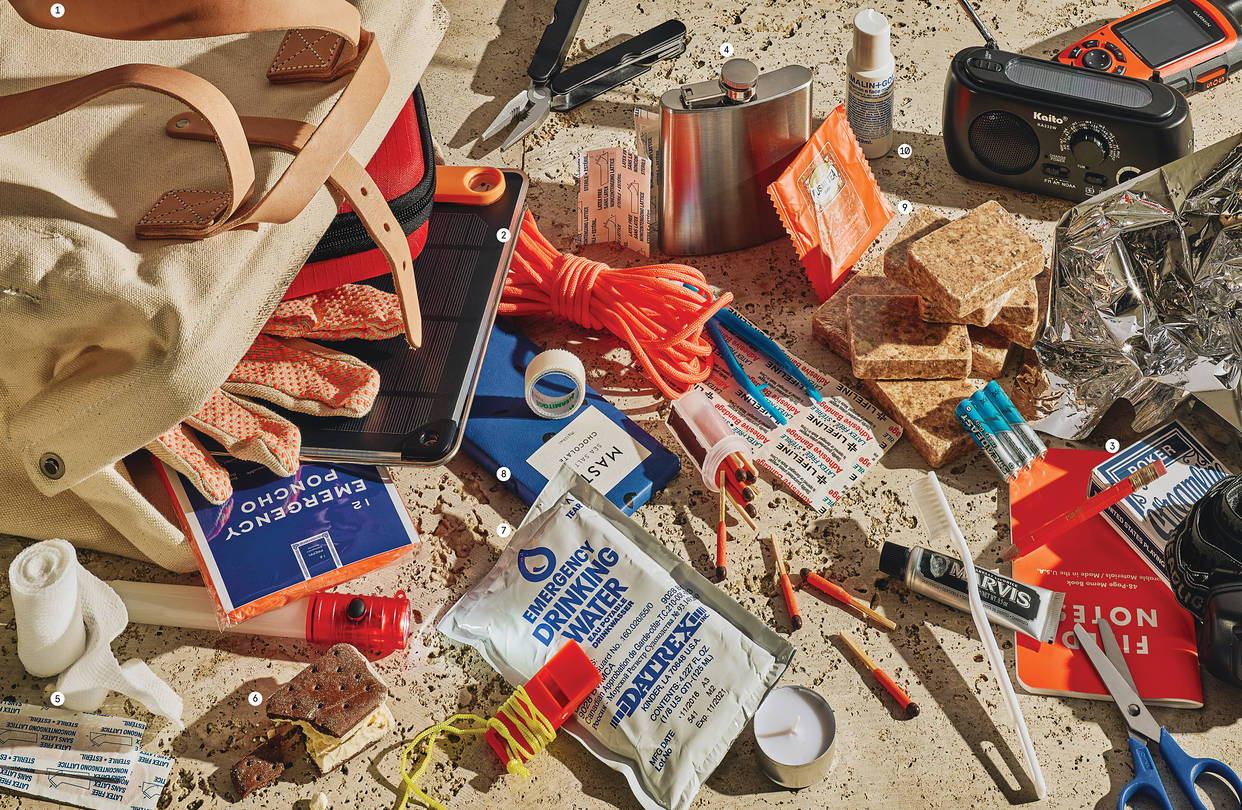 This Austin-Based Coffee Brand "Keeps It Weird" With Wonderful Illustrations