What Is Craft Beer Anyway?

Craft brewer Dogfish Head has changed the packaging on their most popular beer, 60 minute IPA to include the Brewers Association’s Independent Craft Brewers Seal in as large a form as possible.

As explained by their founder Sam Calagione, they are using their packaging “as a soapbox on which we stand to amplify the dialogue and the expectation that brewers large and small be as transparent and authentic as possible with their marketing and packaging.“

While Calagione’s effort might be noble, and surely few would argue with his premise that consumers have a right to know who makes their beer and the importance of transparency and authenticity, the reality is that even with labels and certifications, the lines are blurry when it comes to “small,” “craft,” and “independent.” 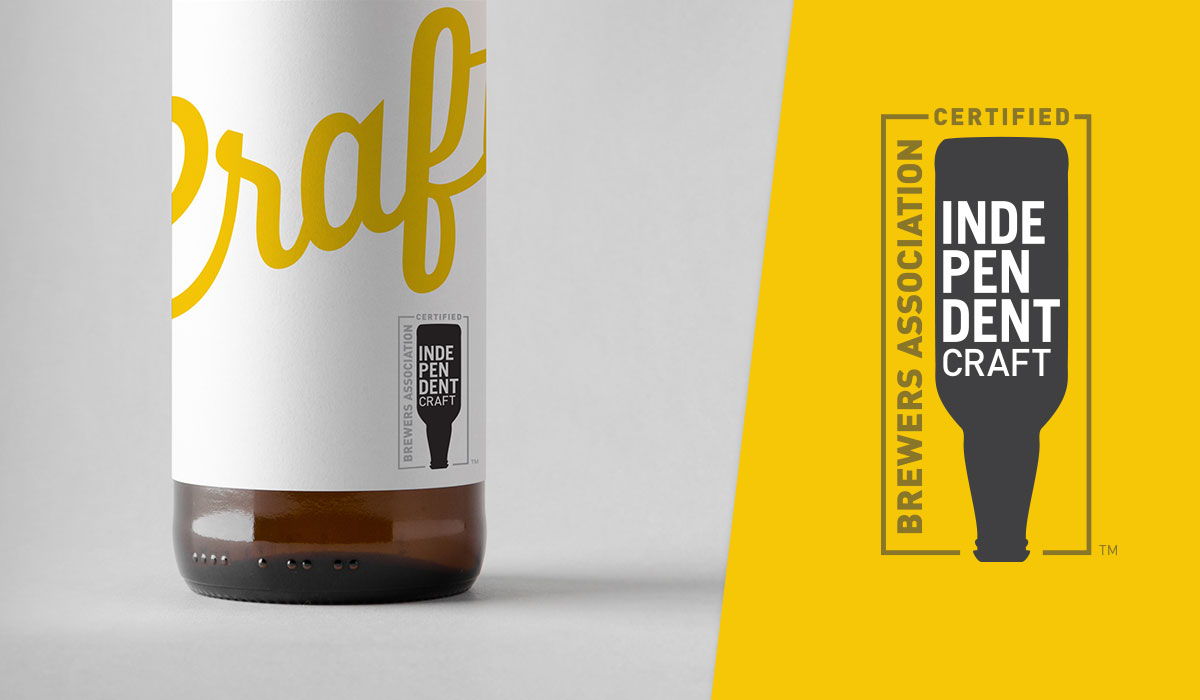 Currently, to qualify for the independent craft brewers seal, the brewer can produce no more than 6 million barrels a year, is less than 25% owned or controlled by a beverage industry member that is not itself a craft brewer, and have a TTB Brewer’s Notice.

The Brewers Association (BA) however has moved the goalposts several times, moves that some might consider places the interests of the association over those of the consumer.

In 2010, BA changed its definition of “small” from 2 million barrels produced annually to 6 million barrels, and it coincided with Boston Beer (makers of Sam Adams) surpassing the 2 million barrel mark. In 2014, BA redefined “traditional” and softened its stance on adjuncts—ingredients other than malt like corn or rice—allowing brewers Yuengling and Narragansett to now qualify as craft brewers. This enabled the association to include millions of more barrels under the definition of “craft” while showing growth in their category.

The latest change to BA’s “craft brewers” also seems to be aimed at keeping its larger members under the craft tent. Previously, members’ volume had to come mostly from beer, not ciders and flavored malt beverages. Craft brewers were “small, independent, and traditional,” meaning brewers had to be producing mostly beer—that is until BA dropped the “traditional.” This change comes as Boston Beer creeps closer to making more non-beers like Twisted Tea and Angry Orchard rather than Sam Adams beer.

So it would seem that the notions of small and traditional are vague and subject to change, but what about independent? Under the Brewers Association’s guidelines, an independent brewer is less than a quarter owned or controlled by non-craft alcohol makers. As more previously independent craft brewers like Elysian, Ballast Point, and Lagunitas get snapped up by massive brewers like Anheuser-Busch InBev, Constellation and Heineken, the BA released their upside-down bottle seal. Yet, the definition of “independent” leaves some surprising wiggle room that may call into question just how independent these brewers are.

Under current rules, Brewers Association members cannot sell out to big beer (like Lagunitas) but are allowed to seek and obtain venture and investment capital (as Stone Brewing did with VMG Investment for $90 million), with no cap on ownership or control stakes. Smaller craft Brewers can also be bought up by bigger craft brewers while still maintaining “independent” status. While advocating for indies, Dogfish Head also took investment money and sold a 15% stake to LNK Partners. Dogfish Head did say however that they intend to buy back this stake from LNK as soon as they could.

Growth takes money of course, and selling equity is a common and acceptable way for burgeoning companies to pursue that growth. Equity stakes usually come with strings, which means less independence, although that isn’t necessarily a bad thing. You want people to drink your beer, right?

Is a beer from a brewer who's significantly owned by an investment firm any more independent than one who has sold an equal amount of stake to a big beer brand, or a big, although technically “craft” brand? Boston Beer Company, which shipped 3.77 million barrels last year, and Jester King, which chooses to produce just 2,000 barrels a year, are both considered “small.”

Dogfish Head wants to support the small and big independent craft beer movement with their packaging, but unfortunately for consumers, the definition of "small," "independent" and "craft" is ever-changing and fuzzy. The only thing that seems clear is that the upside-down beer mark will tell consumers the beer they’re drinking isn’t from a large, multinational beer conglomerate, but not much else.