For Super Bowl Many Roman Numerals (or “53” as I like to call it), the PepsiCo Design + Innovation has created a super limited-edition football-shaped can. Not only is the can laced up for the big day, but it is even said to be textured just like the ol’ pigskin itself. While we haven’t touched the cans with our indoor kid fingers yet, we hear it feels just like a sports ball. 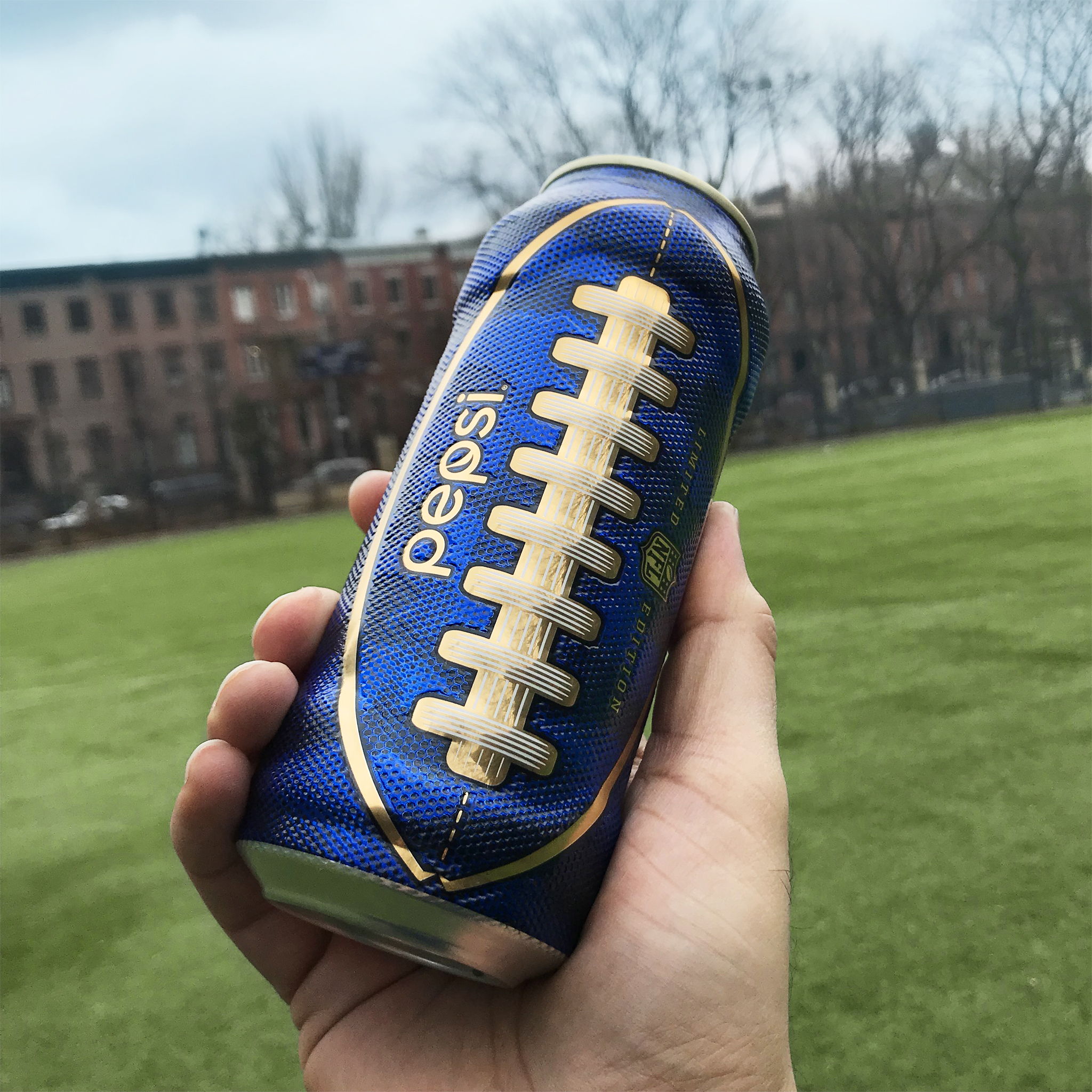 Superbowl 53 presents a unique opportunity for the brand, as the game will take place on Coca-Cola’s turf in Atlanta. Not to be outdone, Coke will also release a limited edition beverage for the Great American Football Holiday, aka, the “big game.” But in these increasingly divided times, we’ll gratefully accept both colas into our hearts, so long as there are hot wings and nachos within arm’s reach. 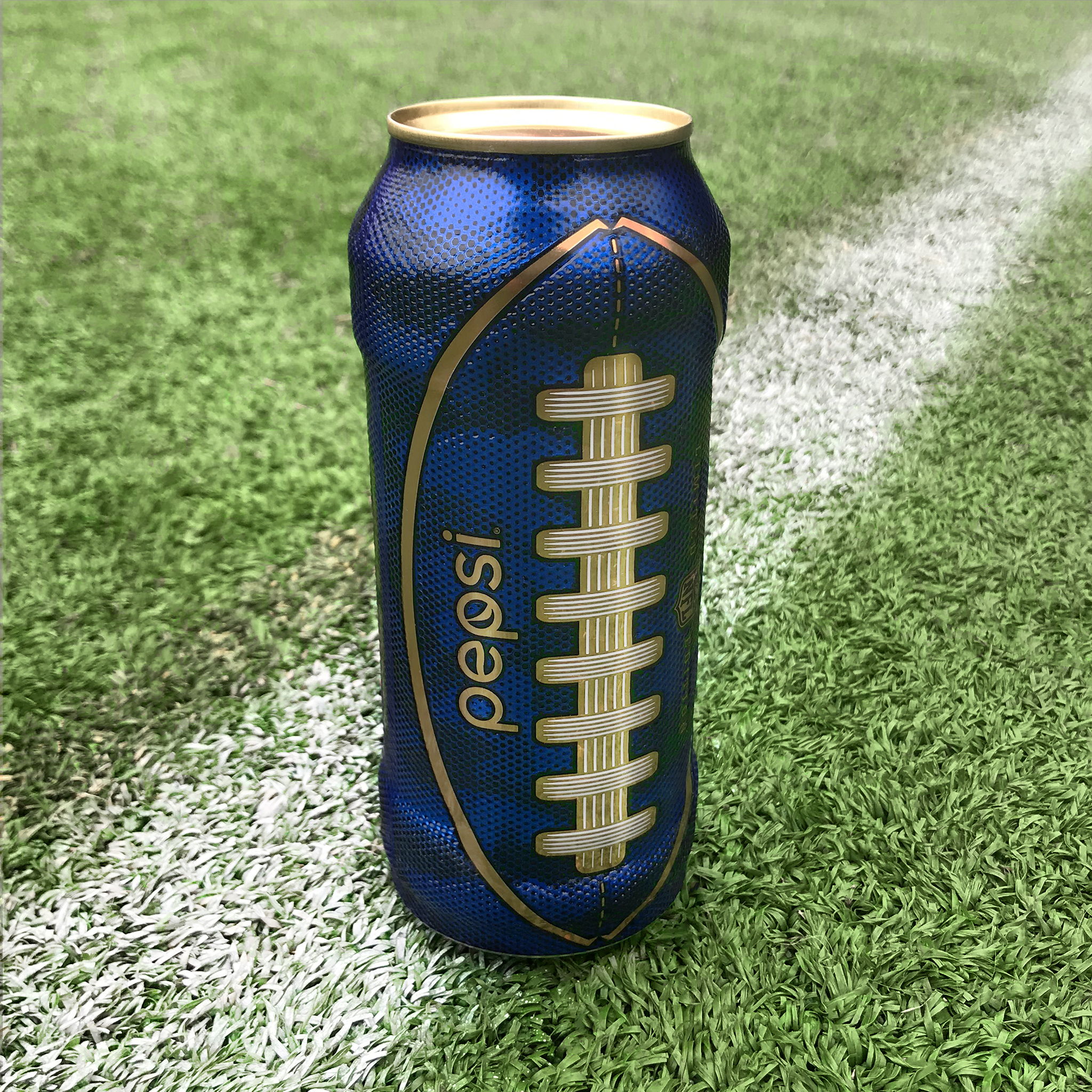 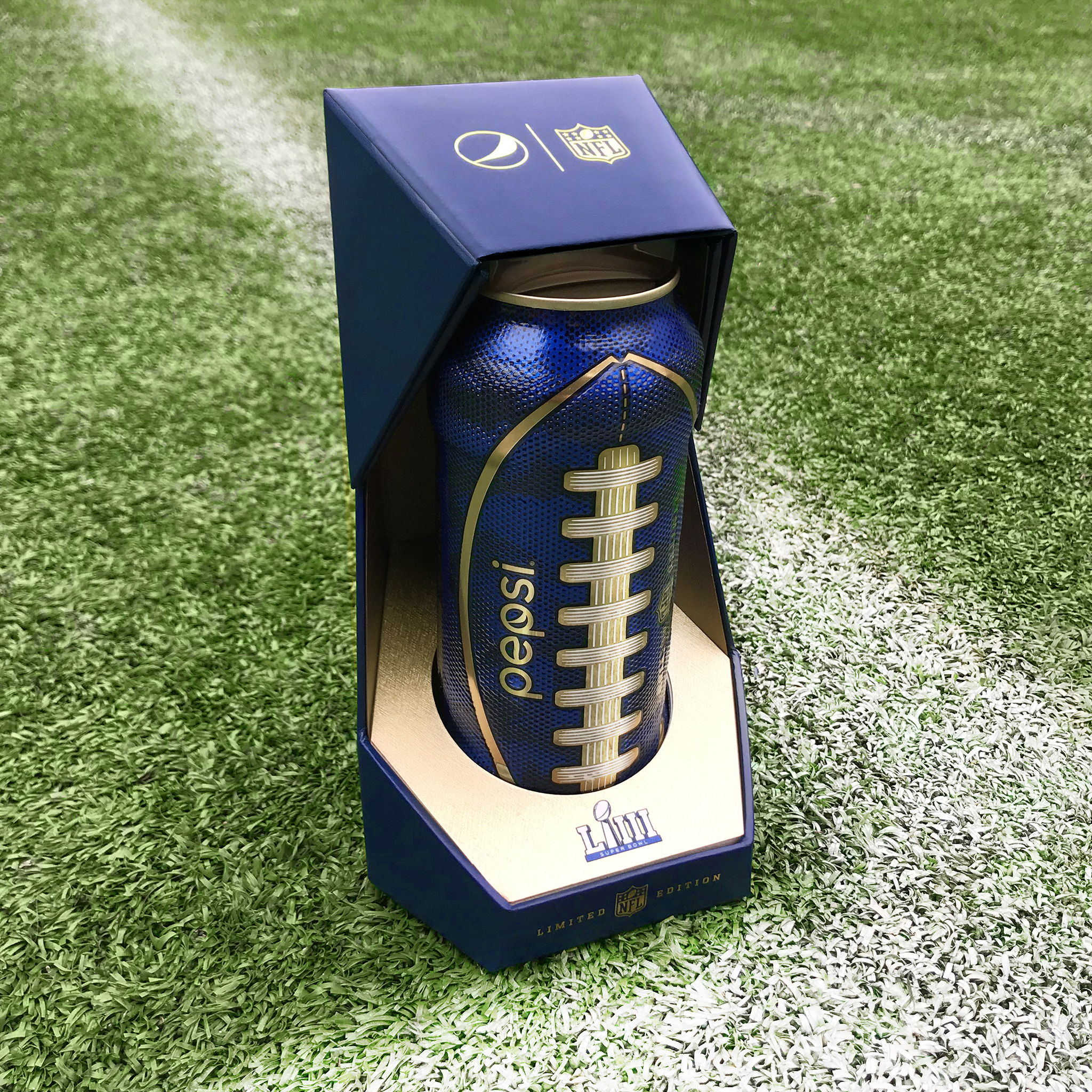 The cans were released through their social media channels, to influencers, and a few of their most rabid fans, meaning you can't find these anywhere. If you do want to get your hands on these cans, you might want to hit up eBay or watch from the sidelines and follow the hashtag #PepsiNFLLacesCan as they make their way across Twitter and Instagram. 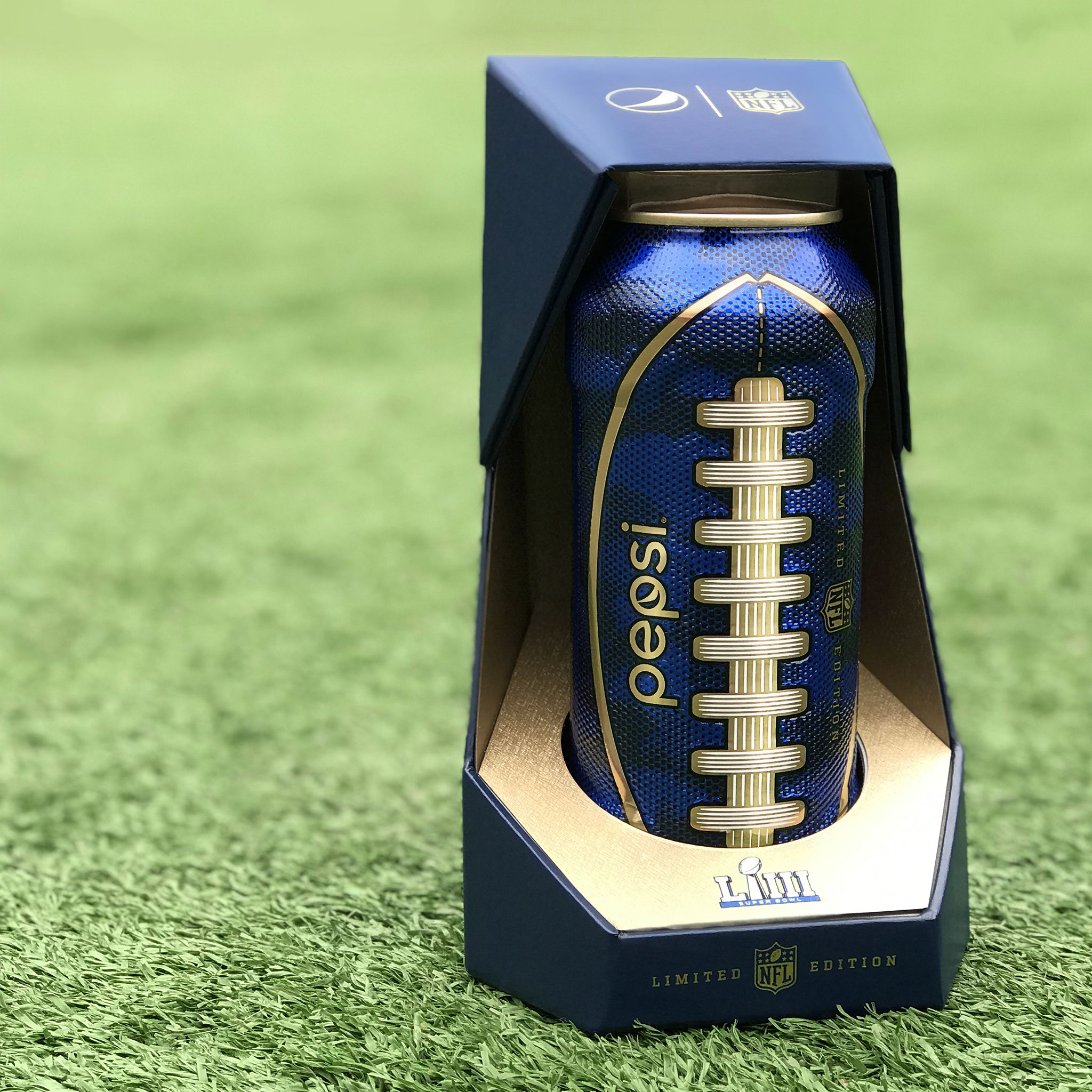 6 Companies That Are Using Ocean Plastic To Make Clothing