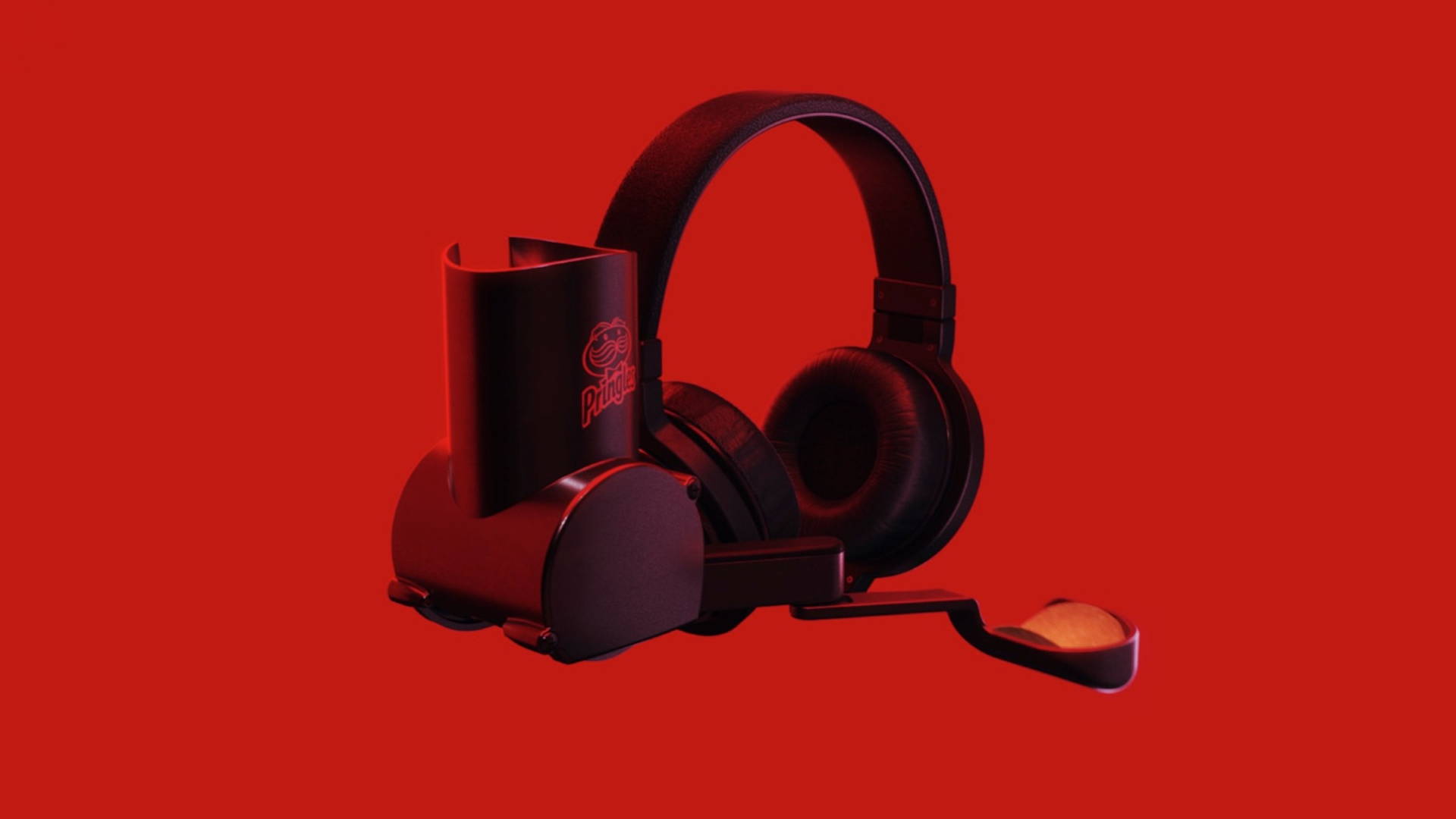 Online games don’t have a pause button, and for gamers deep in the throes of an intense deathmatch, the fragilities of the earthly vessel, such as hunger, can handicap their ability to execute their as-of-five-minutes-ago lifelong enemies.

Those getting peckish while online usually have to resort to cramming something into their mouth holes between matches, which translates to getting your hands greasy and potentially ruining expensive peripherals like keyboards and mice. Pringles, as part of their promotional support of the latest installment of “Gears of War,” has released a prototype headset extension that promises hands-free snacking while staying totally in the game.

Pringles’ “Hunger Hammer,” conceived and executed by NY-based agency Grey, is composed of a feeder tube that the gamer fills with their favorite potato wafers, and a swinging arm moves a chip in range of the user’s mouth. On paper, it seems like a novel solution to a minor problem; in practice, the Hunger Hammer needs some work, although Pringles does admit that the device is still in the beta stage of development.

Also, it looks like someone slapped half a can of Pringles to some headphones and called it a day, but at least it comes in some sweet Star Wars-esque black and red.

Although it has a tinge of sincerity, it’s clear that the “Hunger Hammer” isn’t so much a legitimate attempt at improving gaming, just a novelty that addresses a relatable aspect of gaming — that the match stops for no one’s growling gut.

Seriously though, take a break from the leaderboard grind to grab a snack AFK (Away From Keyboard). Your life depends on it.