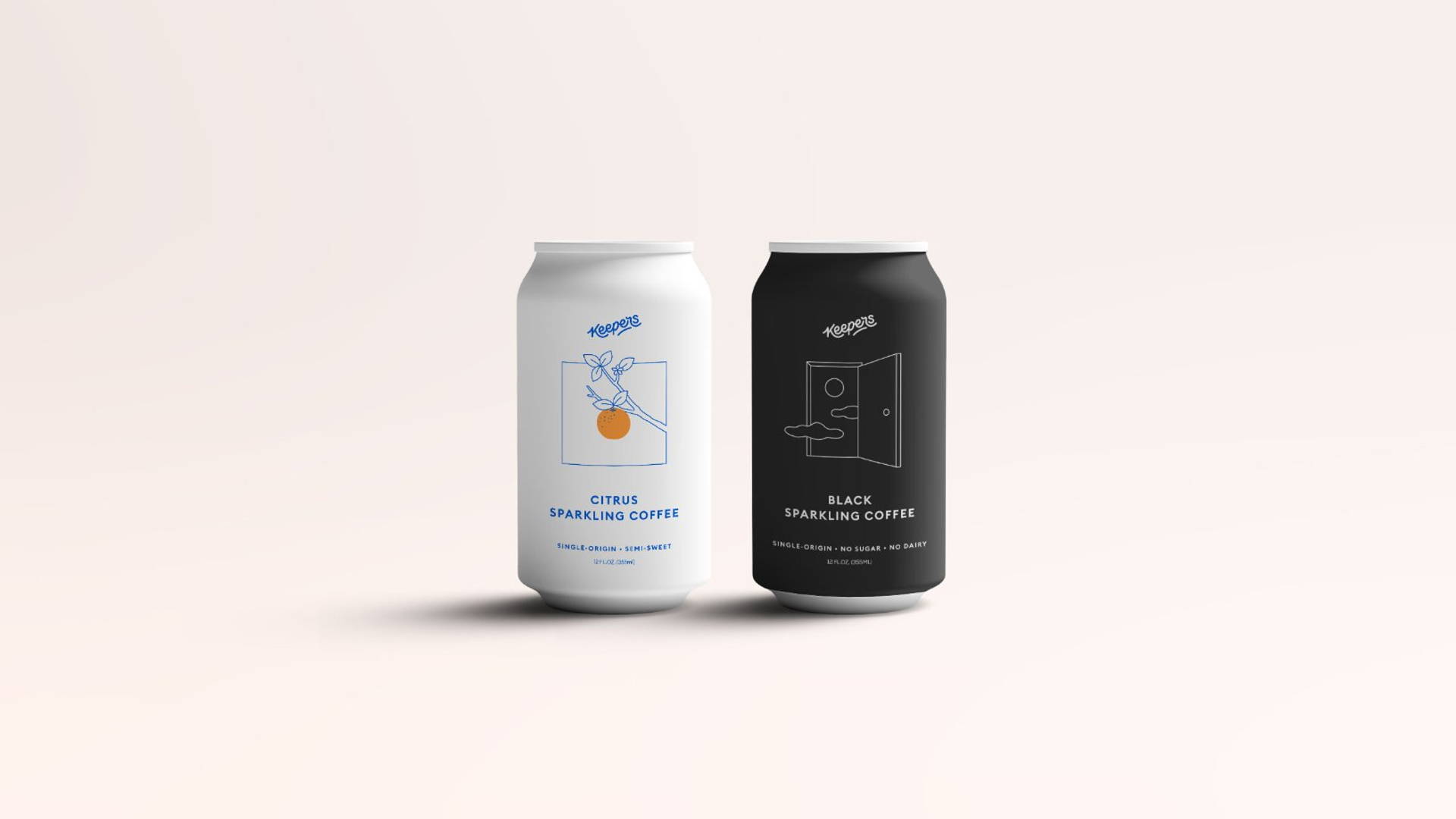 Sometimes a product comes along, and you have to wonder if they designed it just for you.

As a gay man, there are few things I love more than sparkling water and cold brew coffee. If you’ve been on Twitter anytime in the past 18 months, you’d understand that this isn’t the author making sweeping generalizations; these are facts, people. When I laid eyes on Keepers, I thought this was a gift from Judy Garland herself, rest her soul.

“It’s a completely different taste and experience than regular coffee or even nitro, so we wanted to convey that from the outset,” said Brooklyn-based branding agency’s Condensed co-founder and Brent Lagerman.

He’s also helped to launch Keepers alongside his partner, Thi Lam, and together, along with the Condensed team, they created the stunning branding that will stick with a consumer long after they’ve taken their last sip.

Initially, they made Keepers in small batches, bottling by hand, one by one. This quickly proved impossible for the brand to scale, and they decided to can the beverage instead. As they evolved, and with the launch of the crowdfunded Keepers Black, they iterated on the design and brought it to its present form, bringing Condensed into the fold.

That’s what the Keeper’s site says, and it reads like someone you’d want to crack a cold one with; it’s approachable, it’s not too earnest, and elevated without a hint of pretentiousness.

Their cold-brew comes in two distinct flavors: citrus sparkling coffee and original sparkling coffee. The citrus variation comes in a white can with an illustrated orange encased in a royal blue square; the coffee it contains is single-origin and described as semi-sweet. For the original Keepers, the packaging features a stunning matte black with a drawing of a door opening where clouds and the sun peer through.

There is a refreshing element to sparkling drinks that carry through with coffee. Paired with citrus juice, it’s bright and energizing. Many people who don’t like the taste of coffee love drinking Keepers, because it’s almost a different experience entirely; it's the perfect balance of sparkling beverage and coffee for folks who aren’t that into coffee, the chill cousin of cold brew who doesn’t care what you think about their liberal arts education.

So, how did this fresh take on coffee come into existence?

“My co-founder at Keepers, Thi Lam, was working with us at Condensed that Summer, and we’d spend our lunch breaks experimenting with the soda stream at our co-working space," said Lagerman. "We started by carbonating all kinds of things before landing on coffee. One day we paired coffee and tangerine juice. I always have citrus handy, being a Floridian."

"When we tasted it, we were kind of blown away by the flavor, and everyone at the co-working space loved it," he added. "On a whim, we brought it to our local coffee shops and were shocked at how well it was received." Everyone at the sho wanted to order cases of it, which, of course, didn't exist. But Lagerman and Lam didn’t tell them that. They told them that the next shipment was on its way.

And, you know, they had to brand and package it from there.

From a modest origin story to the chic new brand on the block, both Keepers options show how stunning an uncomplicated design can be, particularly when coupled with full transparency of the sourcing process. The back of each can tells the consumer where the coffee gets sourced, the farmer they purchased from, and the tasting notes they should be on the lookout for. These snippets of information instill consumer confidence in Keepers while adding an educational element that allows the drinker to feel like they’re experiencing a wine-tasting from either the comfort of their own home or on their morning commute.

Keepers is yet another coffee brand representing a new wave of transparency with their customers, and it's something consumers can tangibly see, along with the sleek packaging developed by Condensed. With Keepers, the future of coffee continues to look bright.

This Skincare Line Utilizes Color In a Unique Way