Somersault, an Australian-based organic soft drink company, saw the lack of healthy, style-conscious beverages and decided to create one with both refined flavors and a high-end look that would resemble quintessential fashion patterns like houndstooth and significant works by classic and modern artists alike.

The craft soda is slow-brewed over ten days in their Melbourne facility to allow the flavors to build as there is no artificial flavoring.  According to Somersault, it even includes 50% less sugar than regular soft drinks with Pink Grapefruit and Ginger serving as Vodka's soulmate and limemonade taking you all the way back to the tastes of childhood.

As Somersault developed a thoughtful and refreshing organic beverage, they realized they needed a design agency to help bring the branding and packaging up to the same level. They reached out to international drink branding specialist, Denomination, likely because they admired the intricate label work they created for Smeaton's revival for a 19th-century gin recipe or the chicness of Tasmanian winery Georg Jensen. Though, that might just be us. 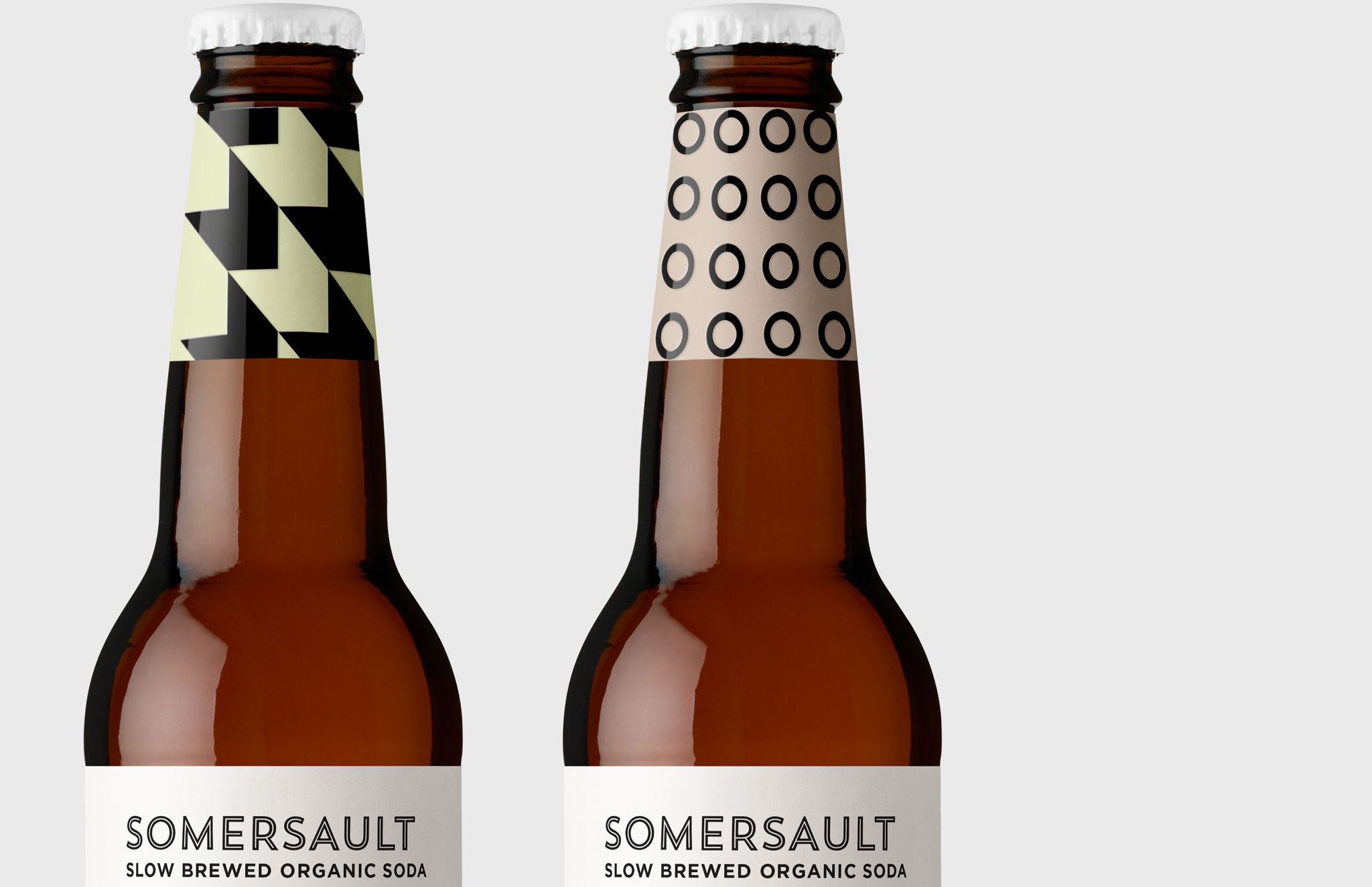 Upon their first meeting, Denomination felt instantly inspired by the combination of energy and intelligence the directors of Somersault brought to the table, and together they discussed the intentions for the company and the essence the designs should embody.

“Somersault wanted a brand and packaging design that would be aesthetically distinctive and memorable,” says Rowena Curlewis, CEO of Denomination. “We wanted to ensure the product could act as art on the shelf, something that retailers, bar and cafe owners would be proud to display.”

The process began with ten initial ideas that underwent two months of revisions with the best of the best presented to Somersault in October 2017.

“Despite a range of seriously good designs, our client immediately gravitated towards the black-based pattern design. From January of last year until June, we developed the branding further, wordsmithed the varietals and copy, and explored several different patterns to ensure that concept had the stretch for expansion," shares Curlewis.

The patterns selected were inspired by German-American textile artist and printmaker Anni Albers, New-York based designer, draftsman and musician Andy Gilmore as well as world-renowned fashion brand Gucci. By sticking to those influences, Somersault steered clear of the cliche and overused natural and organic design cues such as botanicals and the ingredients found within.  From there, black was used as the primary color with various pastels to deliver a modern and distinctive treatment. 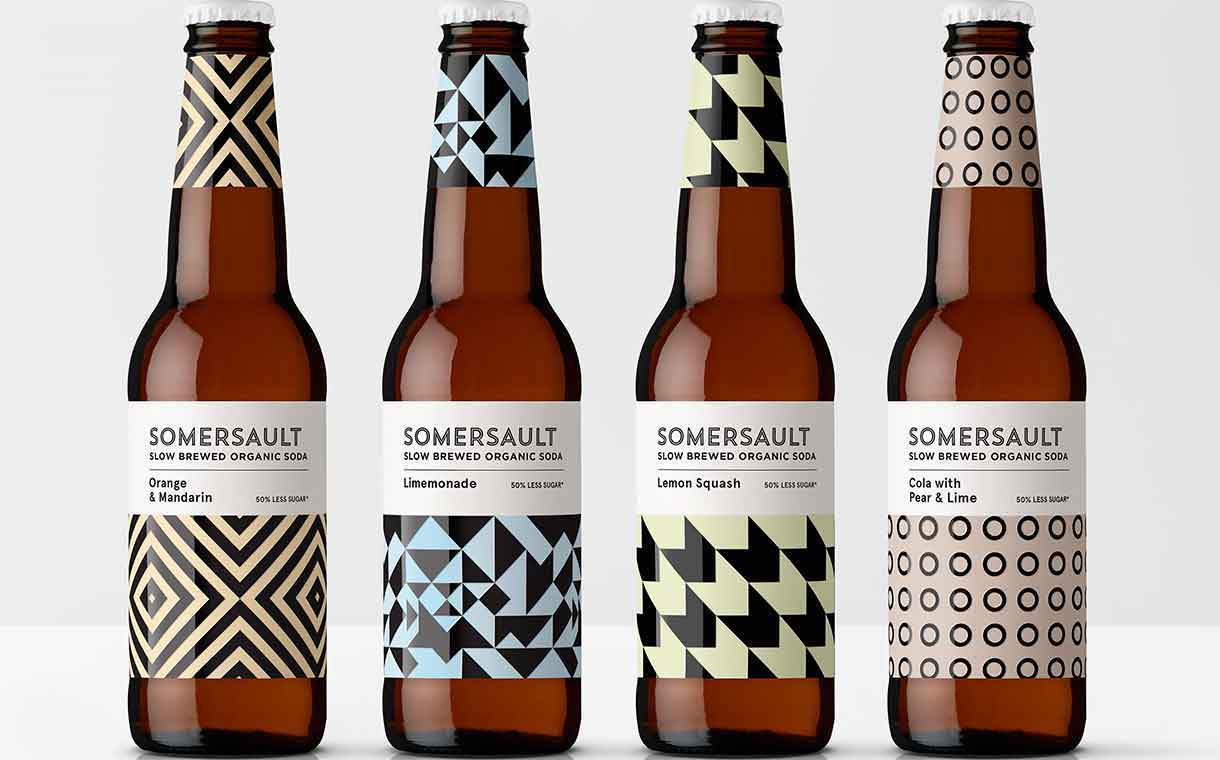 Pink Grapefruit & Ginger's final design is influenced by the houndstooth found on Gucci's silk jacket. This classic pattern originated in Scotland in the 1800s, then transformed into a symbol of wealth in the 1930s thanks to Christian Dior. It remains a favorite among fashion houses today.

Limenode, on the other hand, pays homages to Anni Albers, Untitled from 1969. It utilizes the same patterns, swapping out her vivid red and blue for a subtle pale blue and black.

Lastly, Cola with Pear & Lime takes a more modern approach and seeks inspiration from a series of Andy Gilmore's work and his use of the circular and spherical in his designs and art. 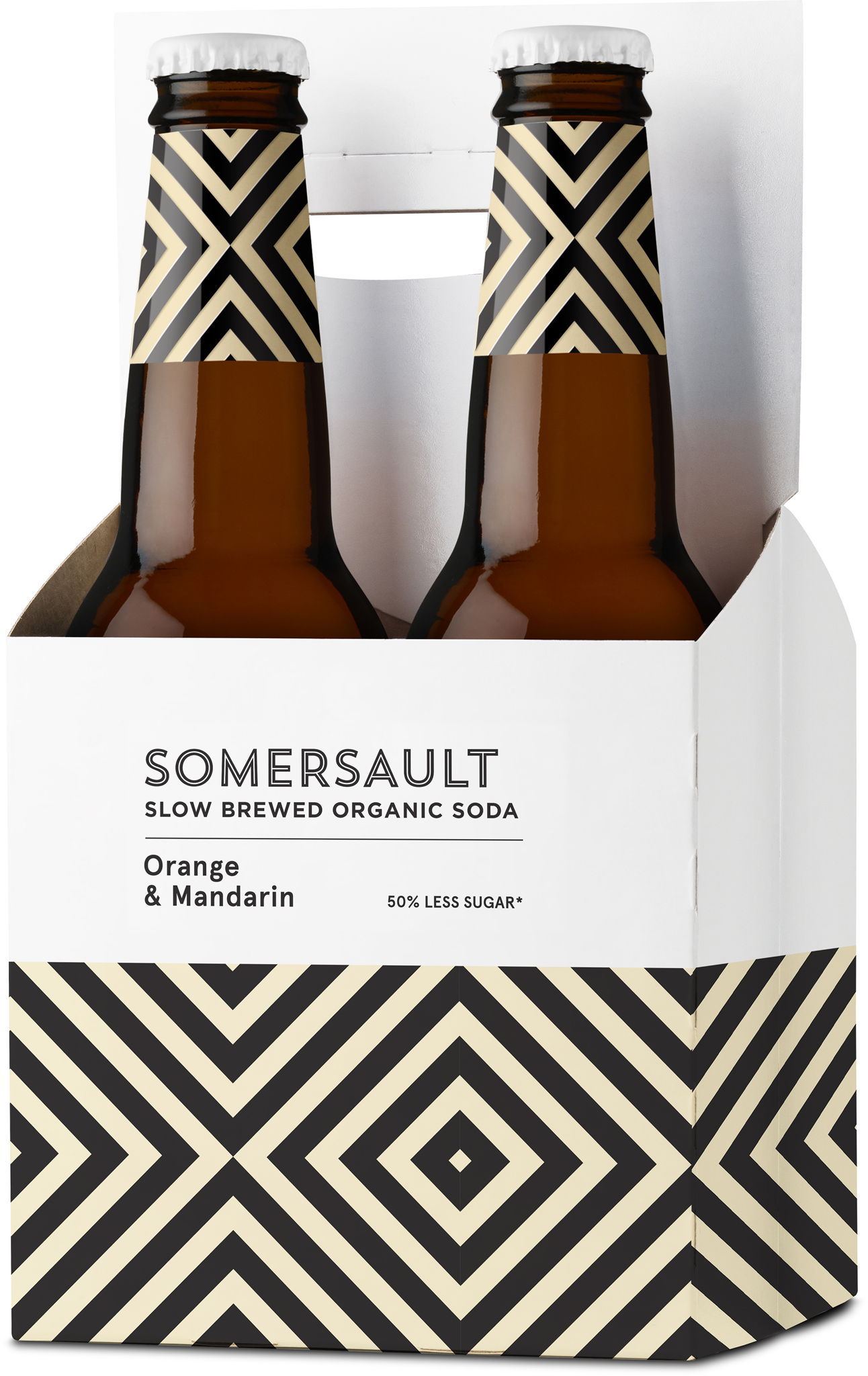 From there, a simple strip of white is placed at the top of the label, displaying the logo and information about the beverage in clean, black font. It keeps the designs minimal and the pastel colors neutral, which was the designer's way of appealing to a wide swath of consumers instead of targeting select demographics.

As with any good design, there’s a long journey from the initial brief and endless iterations of packaging to eventually landing on the shelf, one that replicates Somersault’s process for making a slow-brewed craft soda. As it turns out the wait was worth it, as Somersault stands out among the crowded marketplace of craft sodas, and according to Denomination, is even finding a little love from mixologists thirst to add it to a drink.

Not bad for a soda. 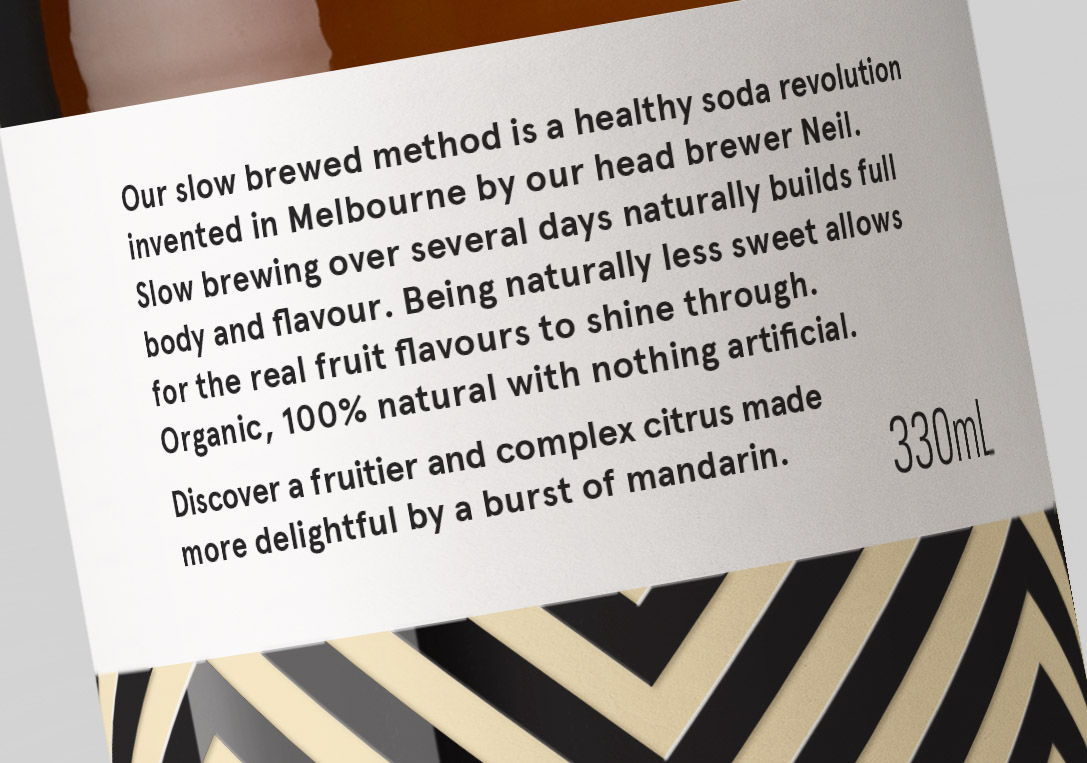