The PolyCade Project Invites You To Create

Sitting pretty at The Cade Museum in Gainesville, Florida is a special exhibit produced and created by Dutch artist, Noa Haim and her company Collective Paper Aesthetics that utilizes 3D geometric shapes known as polyhedrons. Polyhedrons are a three-dimensional figure made of various flat faces, lines and sharp edges commonly used in art, design and architecture.

Each sculpture varies in color from a brassy gold to a bold blue or a clean white and can alter in size and shape based on the visitor toying with it. 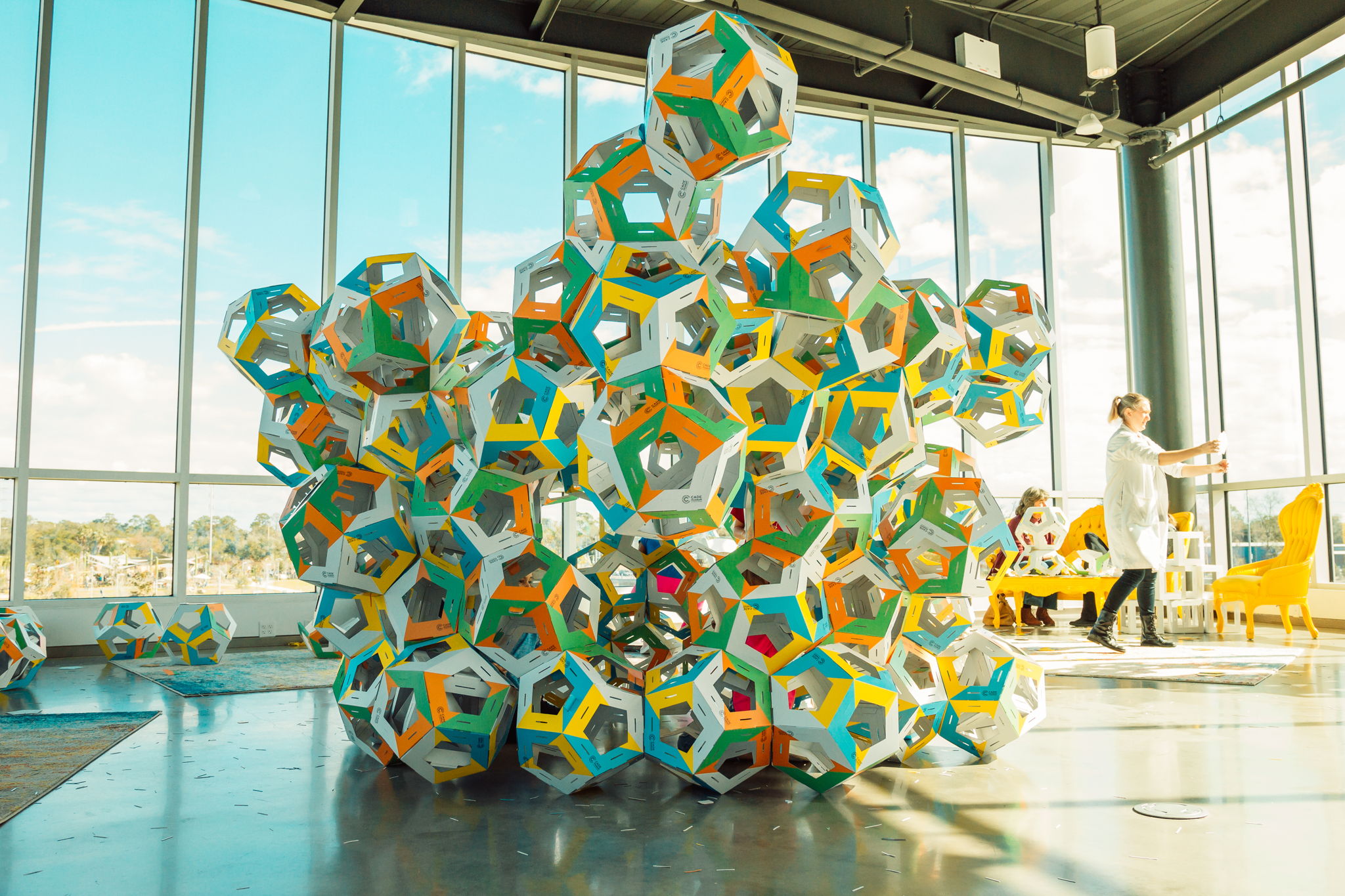 How cool is that? You can build these architectural sculptures up or tear them down to start anew as Haim was commissioned to produce a series of interactive pieces that allow you, the visitors to join in on the fun and creation. All you have to do is pick up one of the 3D polyhedron pieces and interlock it with an existing sculpture or begin forming your own.

“Innovation and invention are not possible without first pushing the limits of imagination. Ms. Haim designed The PolyCade Project exclusively for the Cade Museum and our community to encourage individual exploration, a community-wide shared experience, and provides an important opportunity to fuse imagination with the STEAM ( Science, Technology, Engineering, the Arts and Mathematics) learning process,” said Stephanie Bailes, Cade museum Executive Director. 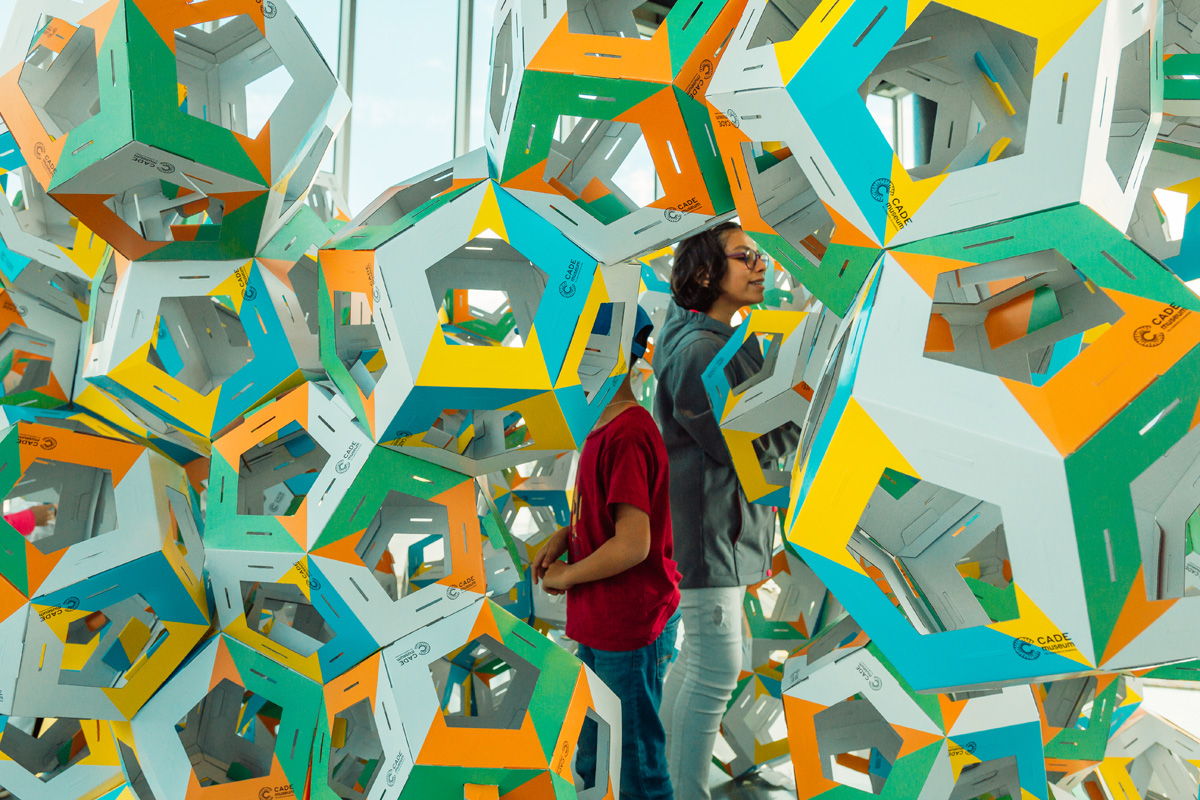 Additionally, according to the press release, "The PolyCade Project was inspired by the architecture of the Cade Museum that is based on The Fibonacci Sequence and Golden Spiral."

The Fibonacci sequence and Golden Spiral are numerical patterns that appear in math, nature, architecture and art. You can find them showcased in spirals found on pine cones and nautilus shells and in more than two dozen separate points in The Creation of Adam by Michelangelo. 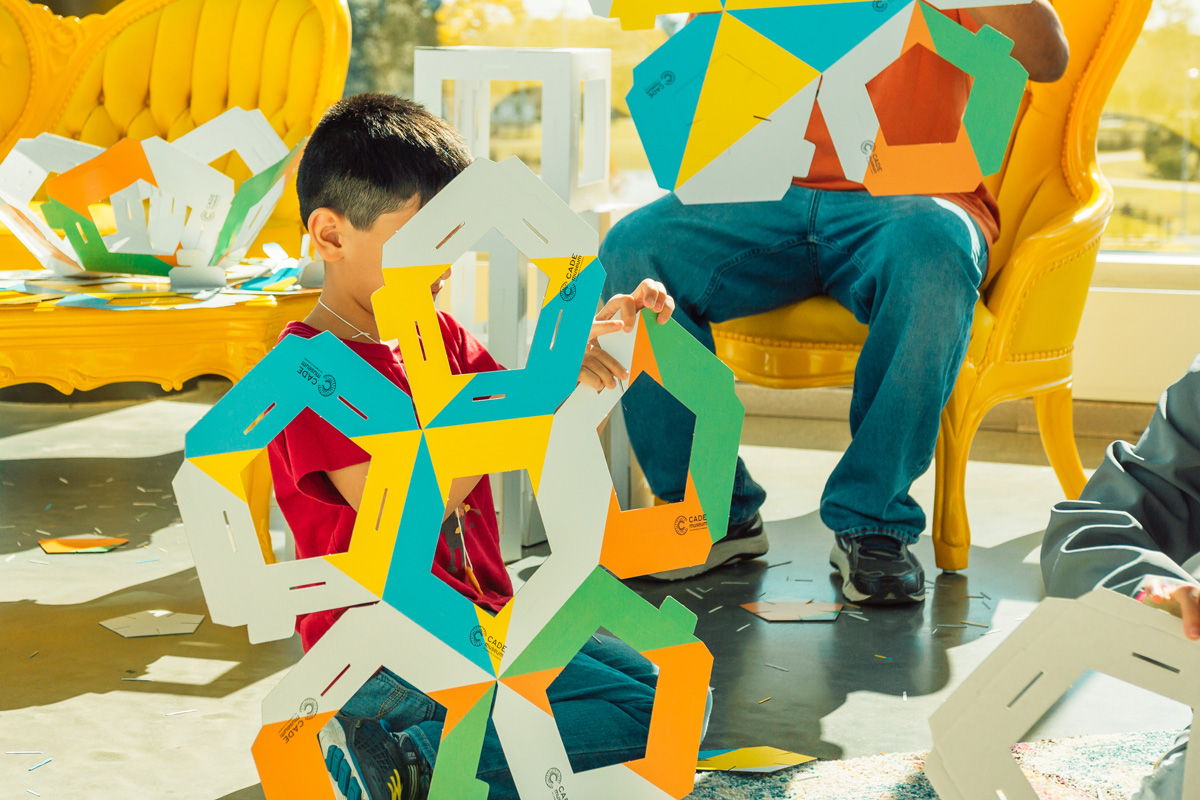 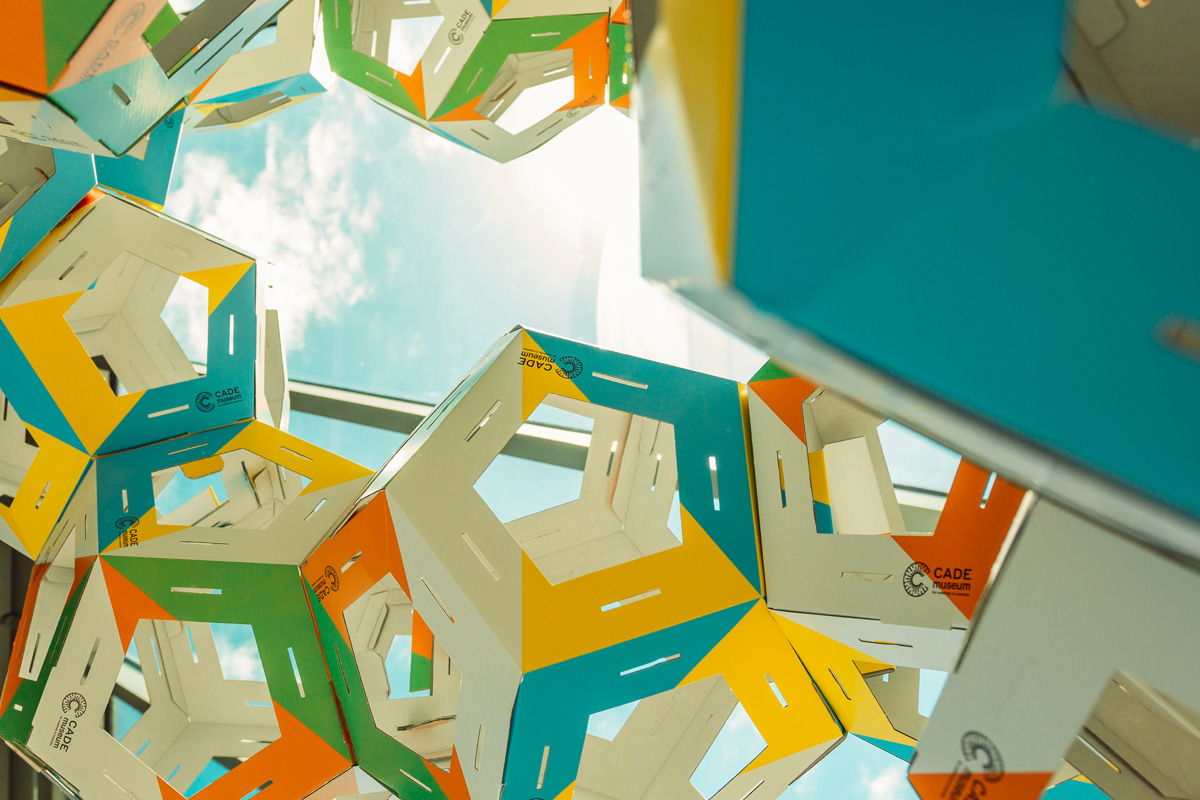 Not only did an immense amount of thought and detail go into creating these masterpieces, you now have the opportunity to produce a piece of art that will be displayed in a museum for all to see. Unless, of course, someone comes right after you and decides to switch it up.

Nonetheless, The Polycade Project is on display and helping shape minds of all ages from now until March 1st. 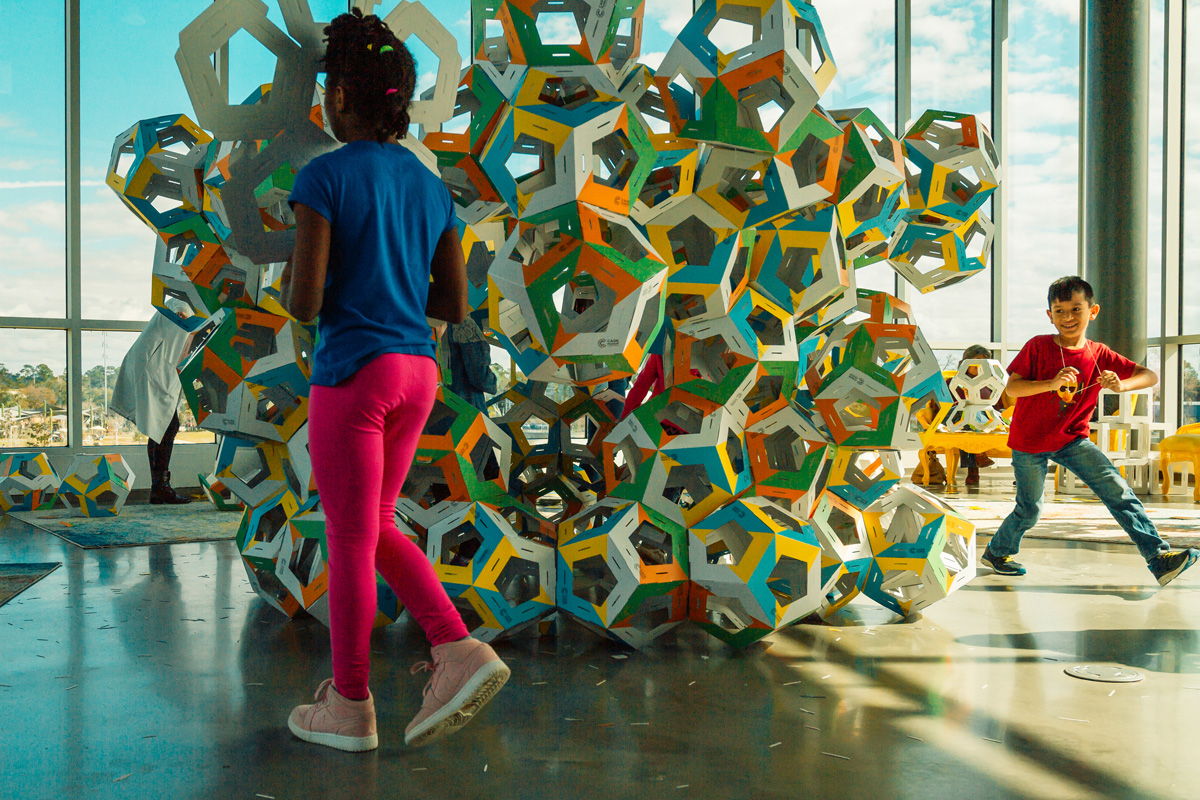