British multinational alcoholic beverages company Diageo isn't new to the Seven Kingdoms, the Houses that lead them, nor what lies beyond the wall guarded by the Night's Watch. Four months ago, in partnership with HBO and Johnnie Walker, the company released a Scotch Whiskey called White Walker.

If you're living under several boulders and are unfamiliar with Game of Thrones, White Walkers are an ancient race of ice creatures that were intended to protect the Children of the Forest but now serve as the most feared creatures in Westeros. 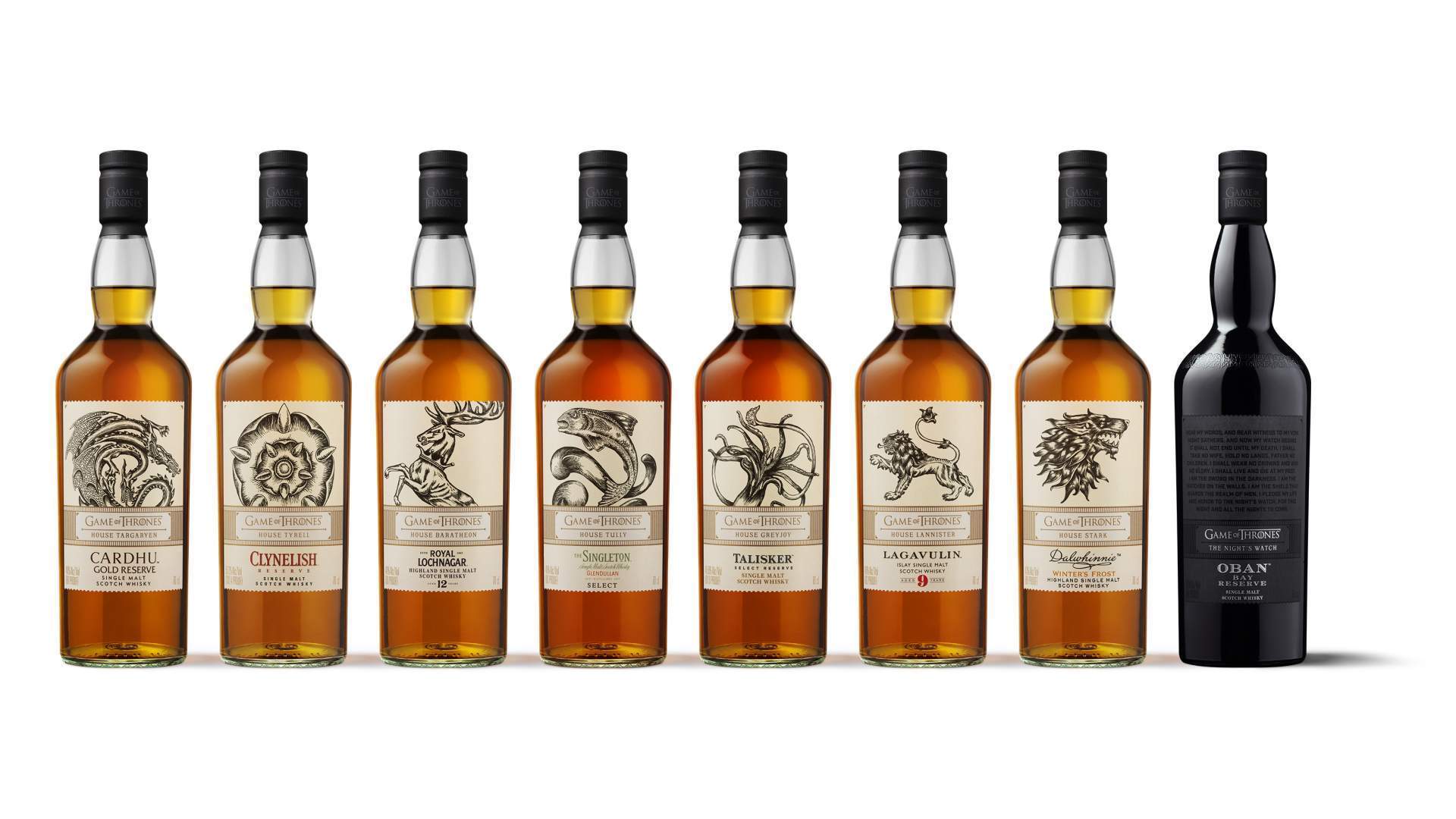 Now, with the long-awaited premiere of the eighth and final season occurring in less than three months (not that anyone's counting down), Diageo is showing even more love with the introduction of eight-themed Scotch whiskies.

The limited edition collection covers the Seven Kingdoms from House Stark in the North with a Dalwhinnie Winter's Frost to House Baratheon in Wales to the South represented by a Royal Lochnager 12-Year-Old. As well as a Singleton of Glendullan Select for House Tully, Cardhu Gold Reserve for House Targaryen, where the Mother of Dragons hails from,  Lagavulin 9 Year Old for House Lannister, Talisker Select Reserve for House Greyjoy and Clynelish Reserve for House Tyrell.

Each of these arrives in a clear glass bottle with a label that features the sigil for each house and the iconic Game of Thrones logo. 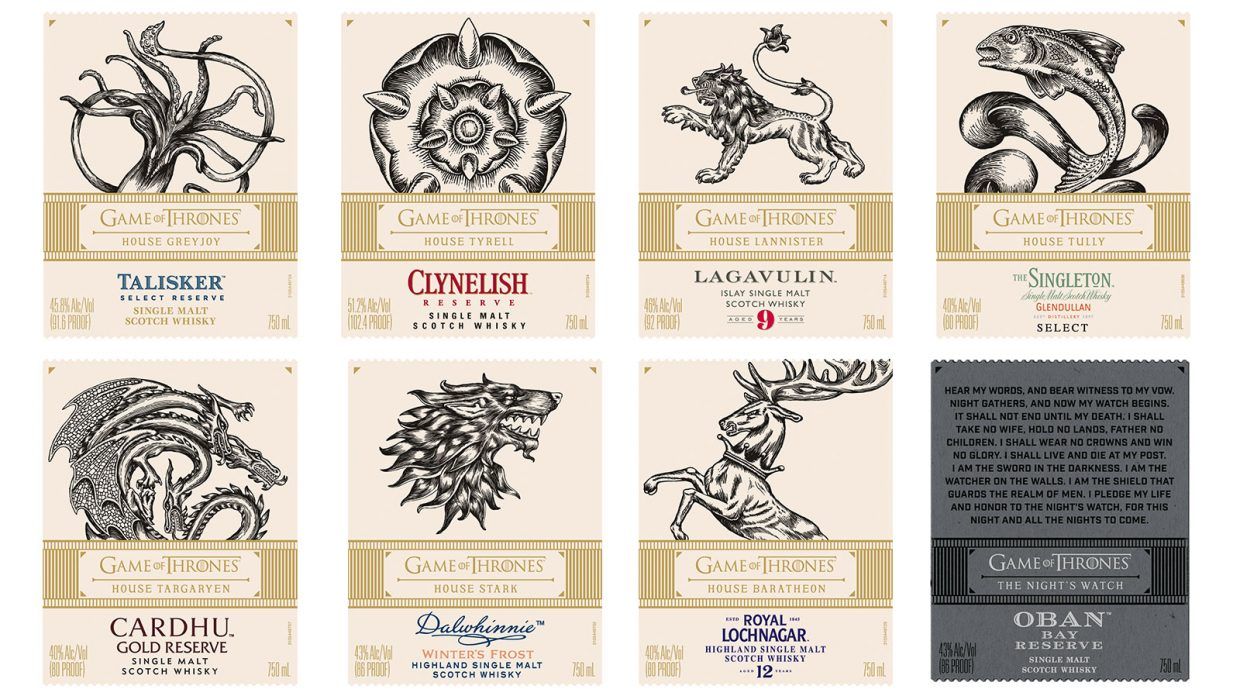 Of course, the collection of Scotch Whiskies wouldn’t be complete without an Oban Bay Reserve decked out in a black bottle with silver embossment for the trusty Night's Watch where Jon Snow spent a fair chunk of time, died and was brought back to life.

If that's a spoiler alert for you, sorry, not sorry. We are, however, sorry that this magnificent collection of Scotch Whiskies is only available for pre-order in select European countries with a delivery date of February 19.

While the select few await the arrival of their bottles to sip slowly on premiere night, the rest of us will impatiently wait for the release of a proper season trailer that delivers more of the goods.

Stranger & Stranger Has Us Falling Head Over Heels for Bitter & Twisted