To commemorate both occasions, Taiwanese candlemakers ÄiÄi Illum Lab created a candle out of spent coffee grounds packaged it in recycled paper and produced breathtaking designs that pay homage to Mother Earth and those who inhabit it. 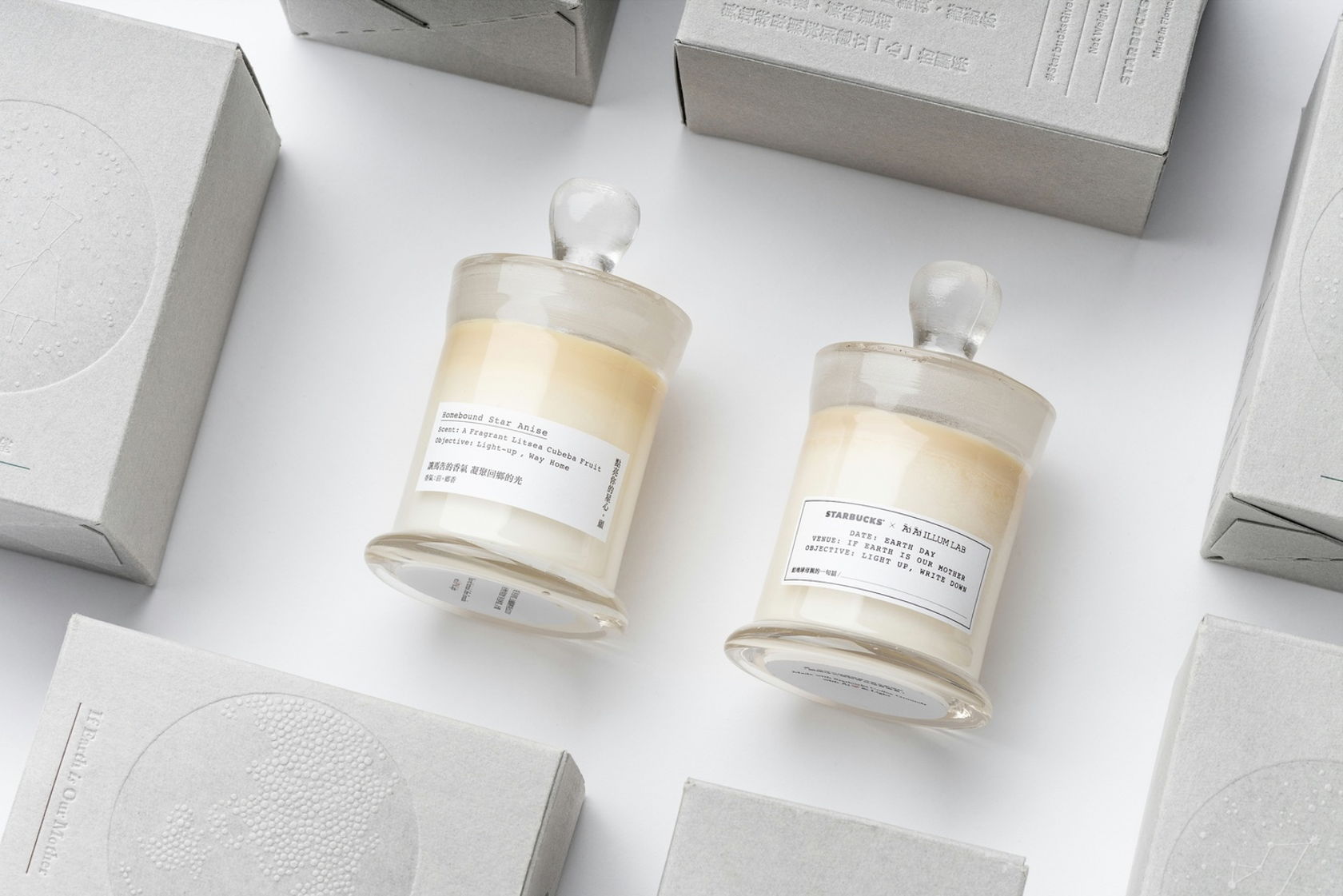 The candles were a huge success as they sold out of their limited edition run almost instantly after their debut. Excited to learn all about the project, we reached out to Jade Choi, art director of Hillz Designs, who gave us the inside scoop. 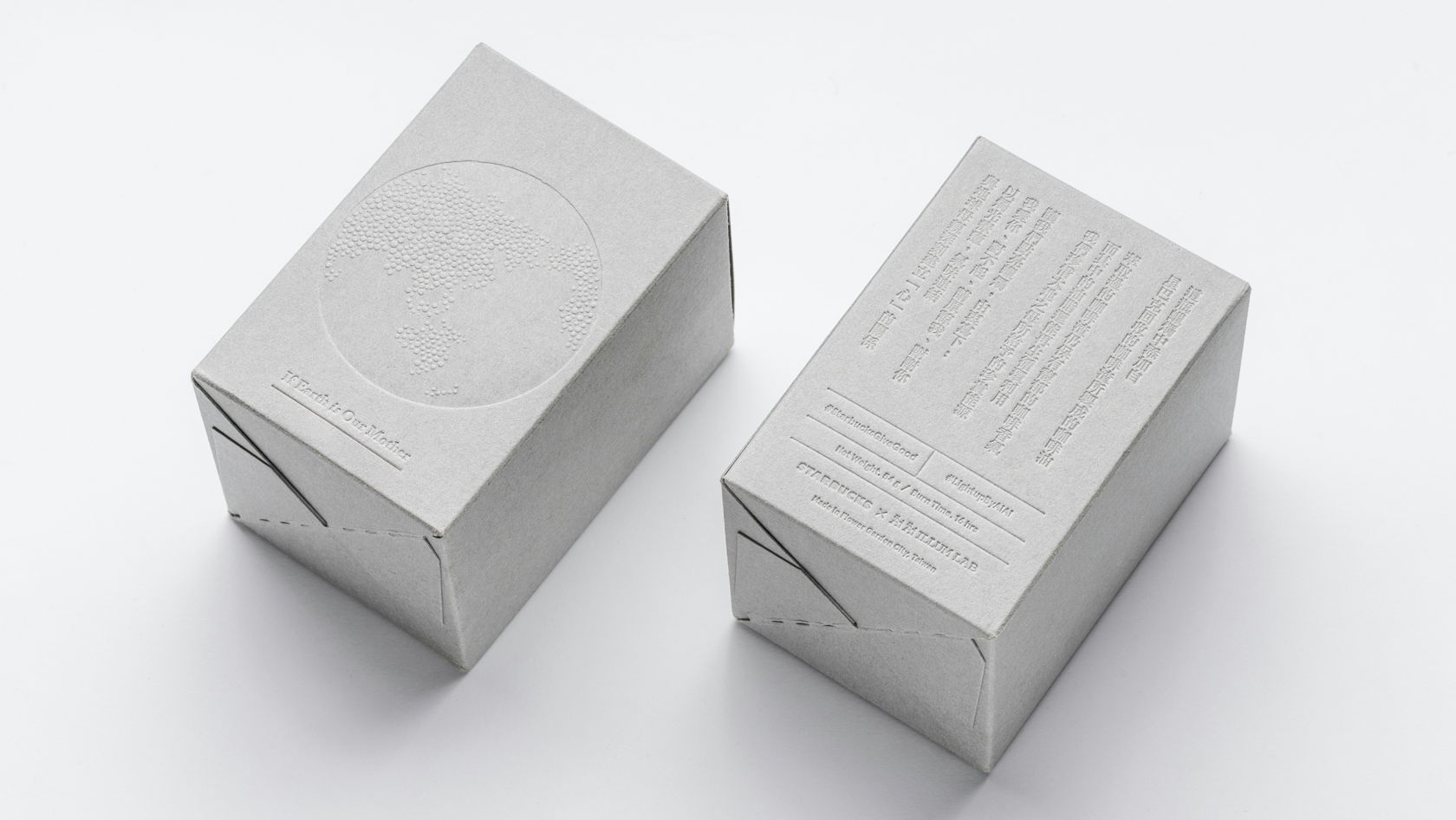 Walk us through the design process, how did you go from start to finish?

The inspiration for "If Earth Is Our Mother" derived from the traditional Hawaiian therapy of Ho’oponopono and is compromised of four phases of cleaning and healing – I love you, I am sorry, please forgive me and thank you. It is intended to build a connection between modern humans and the Earth.

While using a pen to write out the phrases of Ho’oponopono on the label of the bottle, Mother Earth begins to repair relationships from the heart.

After listening to this brief, we thought the design should be elegant and sacred. We began the concept with the theme of lighting the Earth, so we used a series of small dots to form the Earth.

The dots represent the candlelights and give off the idea that there countless people holding up a candle all over the world on Earth Day. Essentially, the candlelights are shining together while everyone lights the Earth with determination.

So through candlelight, writing, warmth, wax, breathing, memory, and other analogous forms, we are forced to rethink the relationship between Earth and us. 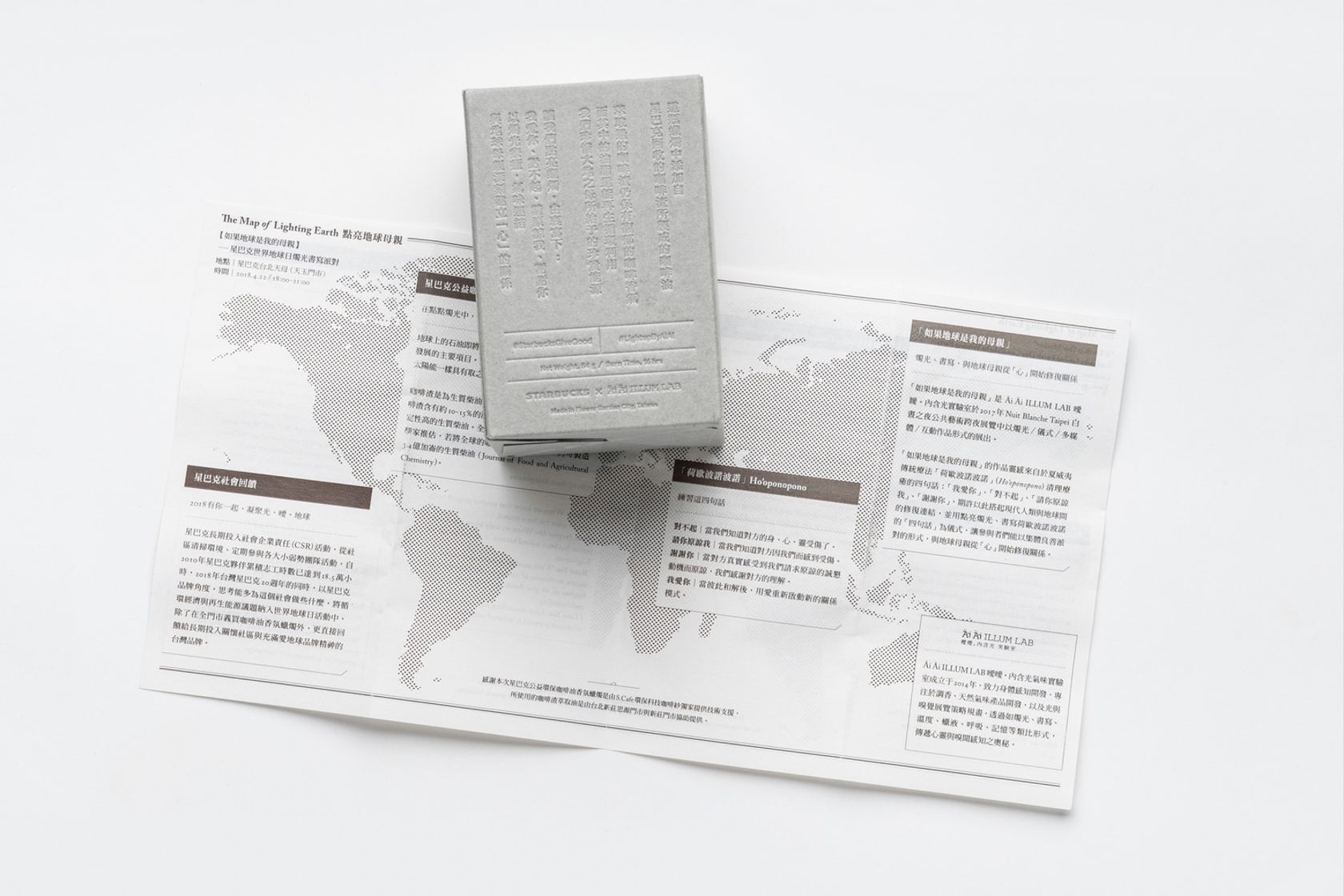 What was the inspiration behind engraving and embossing the packaging as opposed to printing the designs?

It’s a project for  Earth Day and charity activities, so I tried to make the design look simple and eco-friendly. The embossing not only focuses on the texture and design concept but also reducing pollution via printing. 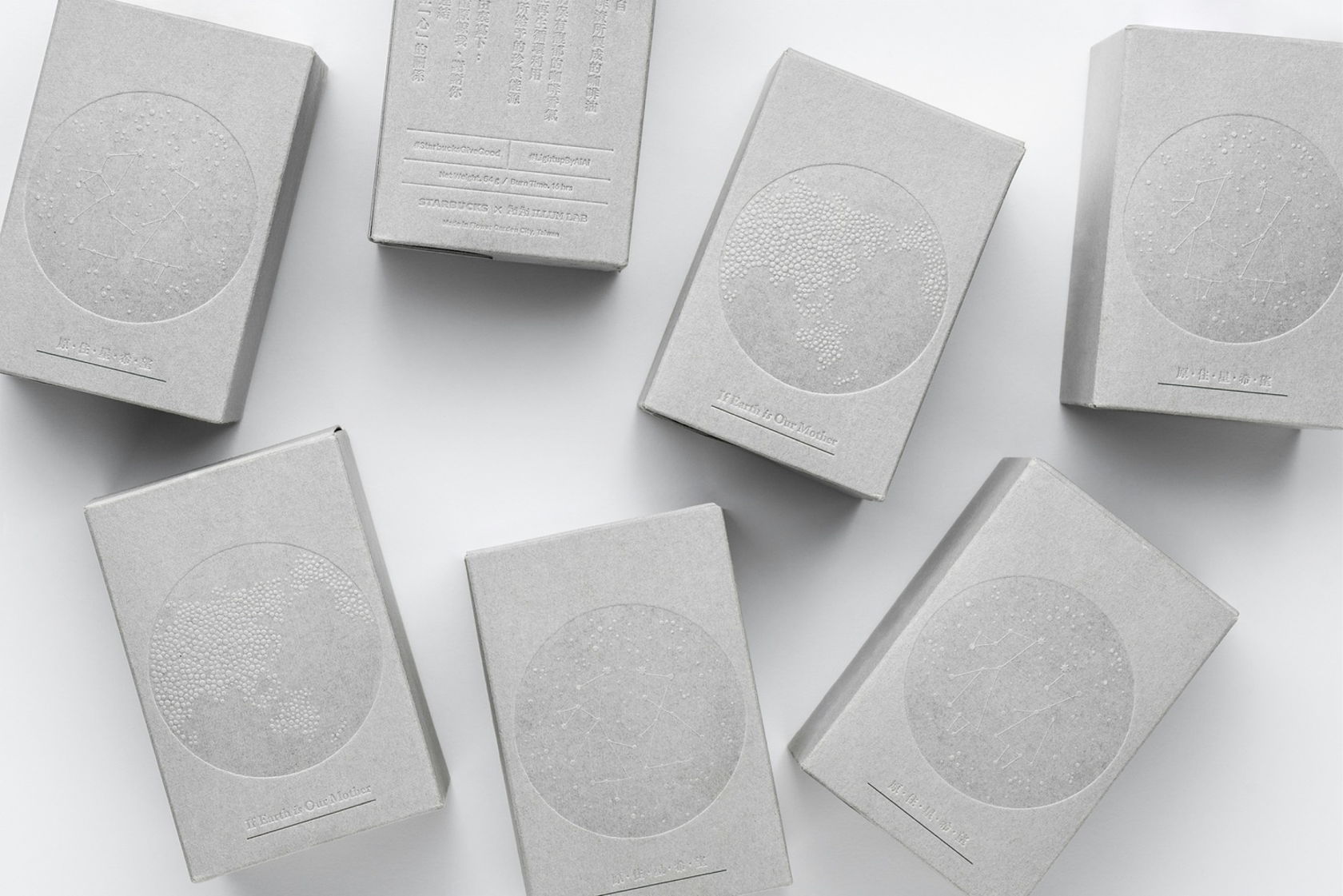 What is the significance of the different designs featured on the candles?

The candle is available in two varieties, "If Earth Is Our Mother" and "Aborigine Star Hope," which is a subproject for Taiwanese aboriginal children Starbucks works in collaboration with World Vision Taiwan.

“If Earth is Our Mother” is a perspective of Earth. The other, a perspective of stars with a design that shows two human shapes of children which are formed by stars. The stars translate to hope for the aboriginal children, a concept we try to show people. We should help these children to see the light of life is flickering as hope is always shining. 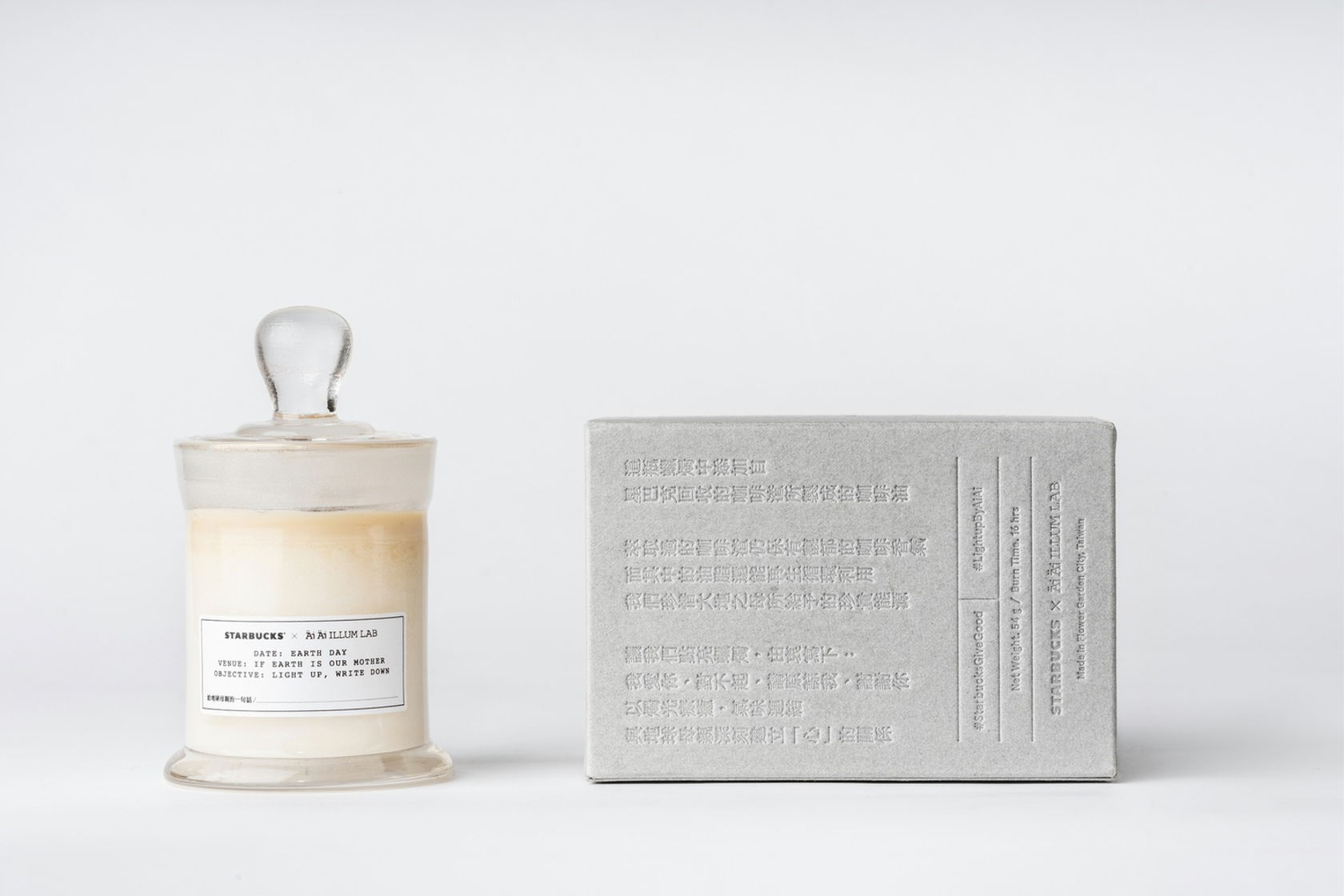 We Can Produce Bioplastic With A Seaweed-Eating Microbe?