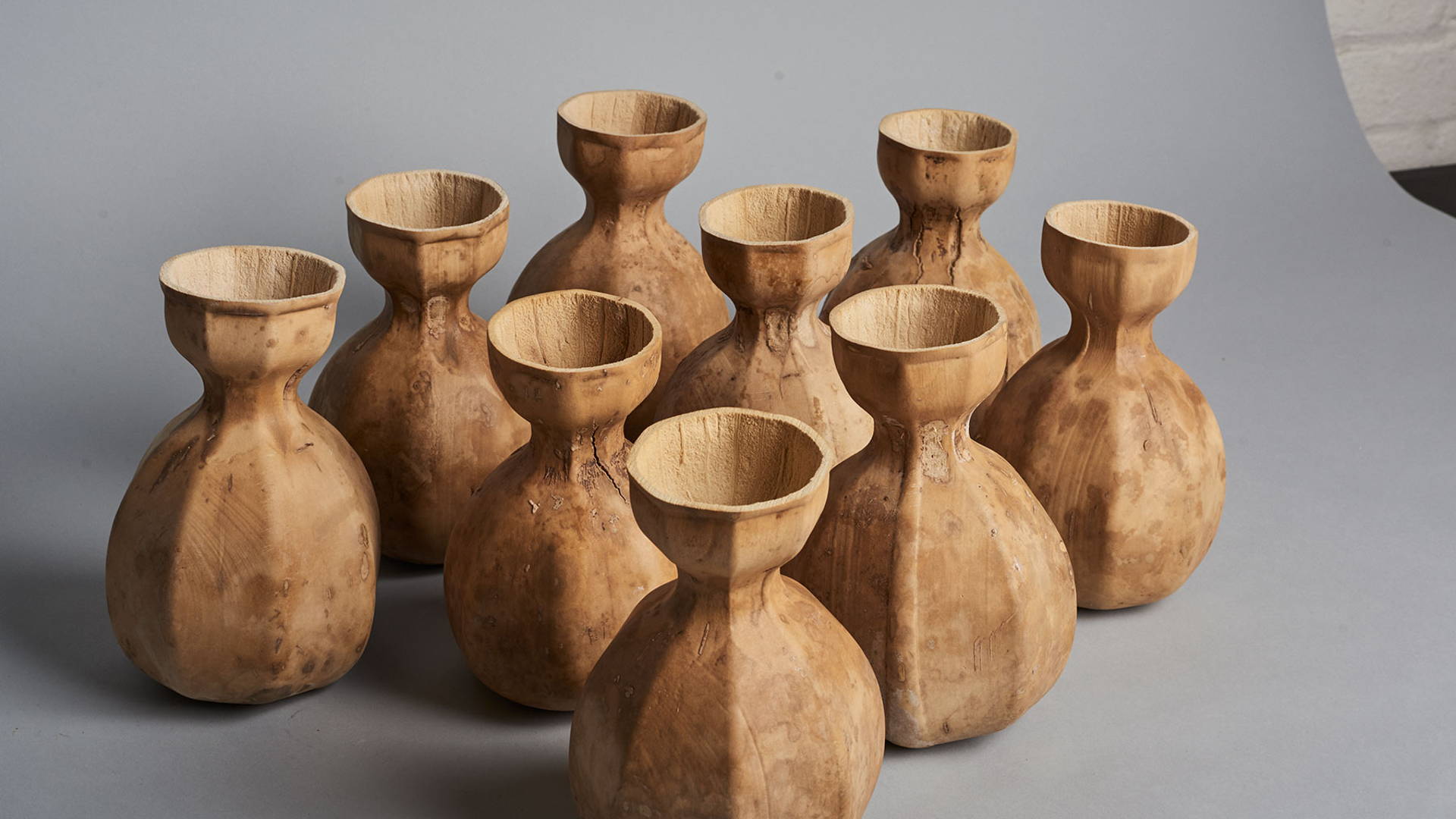 “Can’t we all come up with something using technology that is convenient and also sustainable?”As our society races to find alternatives to single-use plastic, this is a question that might very well be on your mind. It’s certainly on ours, and it’s what Jun Aizaki, Founder of Crème Design, has been asking himself, too.After years of development, Jun has created a solution to single-use plastic cups. But it’s not exactly what you’d expect. No, this isn’t some revolutionary new material—it’s a gourd. Referred to as HyO-Cups or Nature’s Cups, the product is made by nature and given what Jun referred to as a “friendly nudge” to grow in a 3D-printed mold. To develop an eco-friendly cup like this, he and his team researched materials that would biodegrade, even without composting. Composting facilities are not yet widespread in every part of the United States, and creating a home composting system isn’t as convenient for consumers as simply tossing something.

So they considered things which could harden into a particular shape and hold liquid, like rice paper or pasta. History led them to look into gourds.“I think it’s one of the most ancient means known to humans for containing water or any liquid,” Jun said. Prehistoric peoples used thick-skinned bottle gourds as containers, and they were probably brought to the Americas about 10,000 years ago, according to The Harvard Gazette.But gourds aren’t exactly reliable, are they? And there’s the tiny little detail that gourds aren’t at all cup-shaped, either. That’s where innovation from Crème Design comes in.“We found a way to grow these in a mold that we 3D-printed,” Jun explained. “We’re basically training the gourd. We’re not twisting and turning it, but instead letting it grow into a specific shape. It’s a hybrid between an organic material and an industrialized object.”Jun emphasized that the shape is somewhat controlled, but it’s impossible to control it completely. Still, they’ve done a pretty amazing job and have the capability to repeat the same shape and size—so much that the cups are stackable. He even added in small facets into the cup to give it a trendier design (as opposed to a standard cylindrical shape).

With the molds, Jun admitted the process itself is relatively easy and hands-off even if the finished product is still a bit unpredictable. “Once you plant it and start growing the fruit, it just does its thing,” he said. “You just give it water.”Will we see these in cafes around the world soon? Not quite yet. Growing gourds takes time, from at least a month for planting and even more time for it to dry in the sun so consumers can drink from it. Plus, it must be grown during distinctly summery weather—something that’s a bit elusive in the New York area where Crème Design is based.That’s the next goal, though: to find partners or investors to help make it scalable. “If we could do this in a controlled environment, we could increase the success rate and efficiency, and then collect data,” Jun said. “We feel that we made a few that work, so if we could raise that success rate, it could become mass-produced.”The future for Nature’s Cups isn’t only cups, either. Jun wants this project to set a precedent and hopefully, translate into a technique and material designers use for other things.

“It would be great if this could prevent existing container culture,” Jun stated. “We use plastic cups and disposable stuff that lasts for thousands of years, and we’re facing an abundance of plastics in the oceans with all this waste.“It’s a matter of directing energy and research towards something new,” he added.So are gourds the ultimate solution? Maybe, maybe not. He admits the idea is a bit wacky, but there is still the possibility it could work. As he and his team continue to develop this project in the coming years, we’ll get to see if they start popping up at Starbucks. At the very least, it will inspire the designers of tomorrow to develop something convenient and sustainable.Nature’s Cups is not exactly some groundbreaking discovery; instead, it’s the result of innovating on what we already know. “The material is by nature, and the technology has been around for thousands of years,” said Jun. “I feel like it’s kind of connecting the dots.“Design is not always about creating new shapes or forms,” Jun said. “It’s sometimes about finding these connections and creating something out of existing combinations.”

Get Ready To "Move" With This Energy Drink