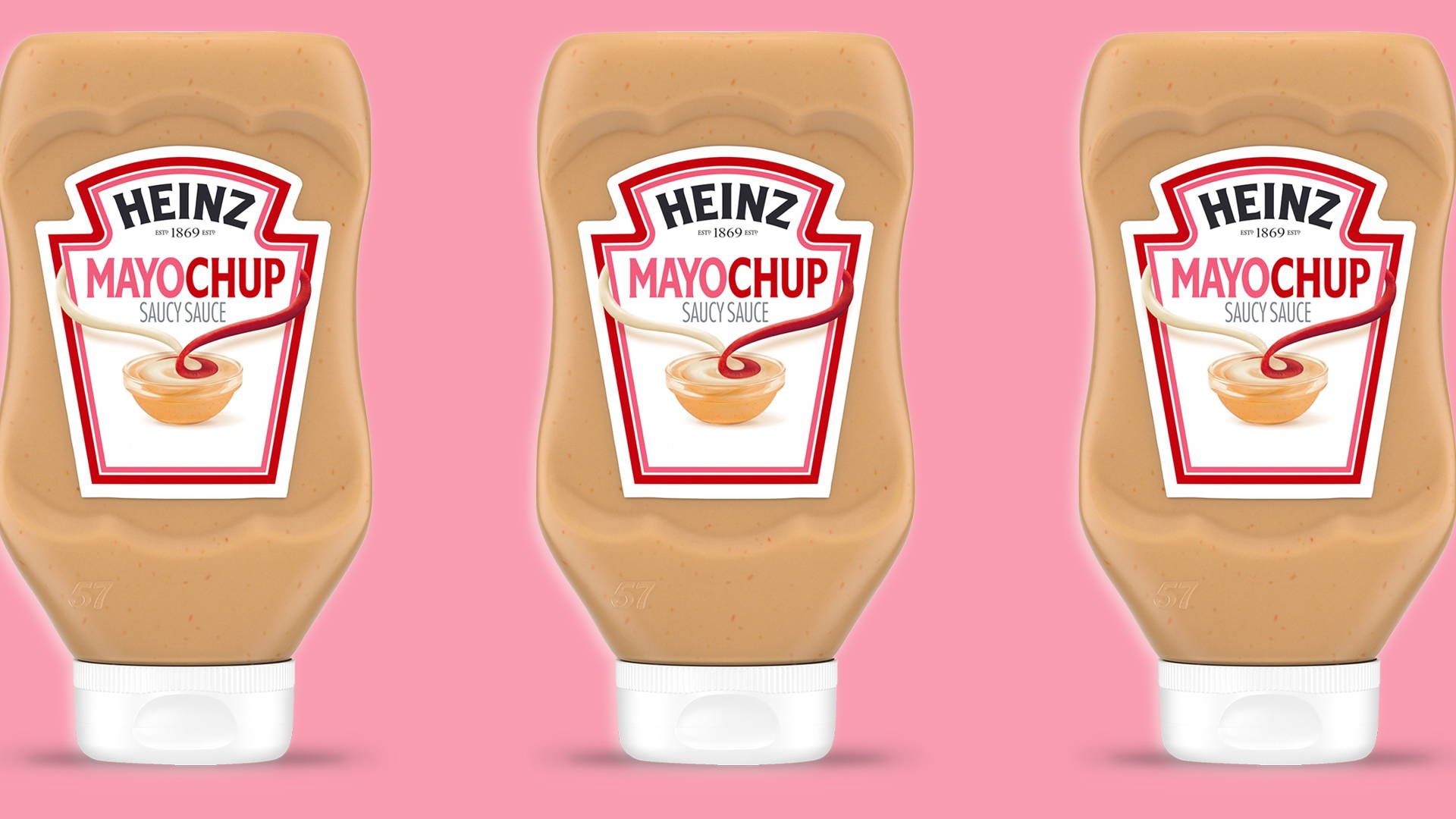 Kraft Heinz Releases Mayochup, The Fifth Horseman Of The Apocalypse

Food creates passions, loyalty and polarizing opinions. And there are perhaps no other condiments that inspire discord more than mayonnaise and ketchup (or is it catsup?). Unsurprisingly, there are groups of haters for the red and white stuff online, but there’s little question of their dominance.Well, now you can get your fix in the same bottle as Kraft Heinz is releasing their own version of “fancy sauce.” Mayochup is a mix of ketchup and mayonnaise that Heinz started bottling after successfully leveraging the passions of social media foodies last April.This mash-up of sauces isn't anything new. Utahns have been calling it “fry sauce” since the 1940s, and Puertorriqueños were already dipping tostones in mayo-ketchup long enough for Goya to get in the game eons before “Mayochup.” Even before Luis Federico Leloi won the Nobel prize for medicine, he mixed up ketchup and mayo for his shrimp in the 1920s  calling it salsa golf. It would go on to become a favorite dressing in Argentina.

Social media shenanigans aside, this seems like a move to steal some of rival Best Foods/Hellman’s thunder. Heinz has the ketchup game on lockdown, owning 60% of the market. But when it comes to mayonnaise, which Heinz also makes, Unilever’s Best Food/Hellman’s beats out Heinz and Kraft mayo in several taste tests. Instead of relying on consumers to pick a Heinz or Kraft mayonnaise to pair with Heinz ketchup, why not create a convenient pre-mix that costs your rival a sale? Unilever launched a non-HFCS ketchup to take on juggernaut Heinz’s ketchup earlier this year. Could Mayochup be the second shot fired in the great condiment wars?Only time will tell. Until then, you could go out and buy a bottle of Mayochup or, conversely, you could be an adult and just mix up some ketchup and mayonnaise yourself and call it a day.

Heavyweight Is a Knockout Wine With a Beautiful Label