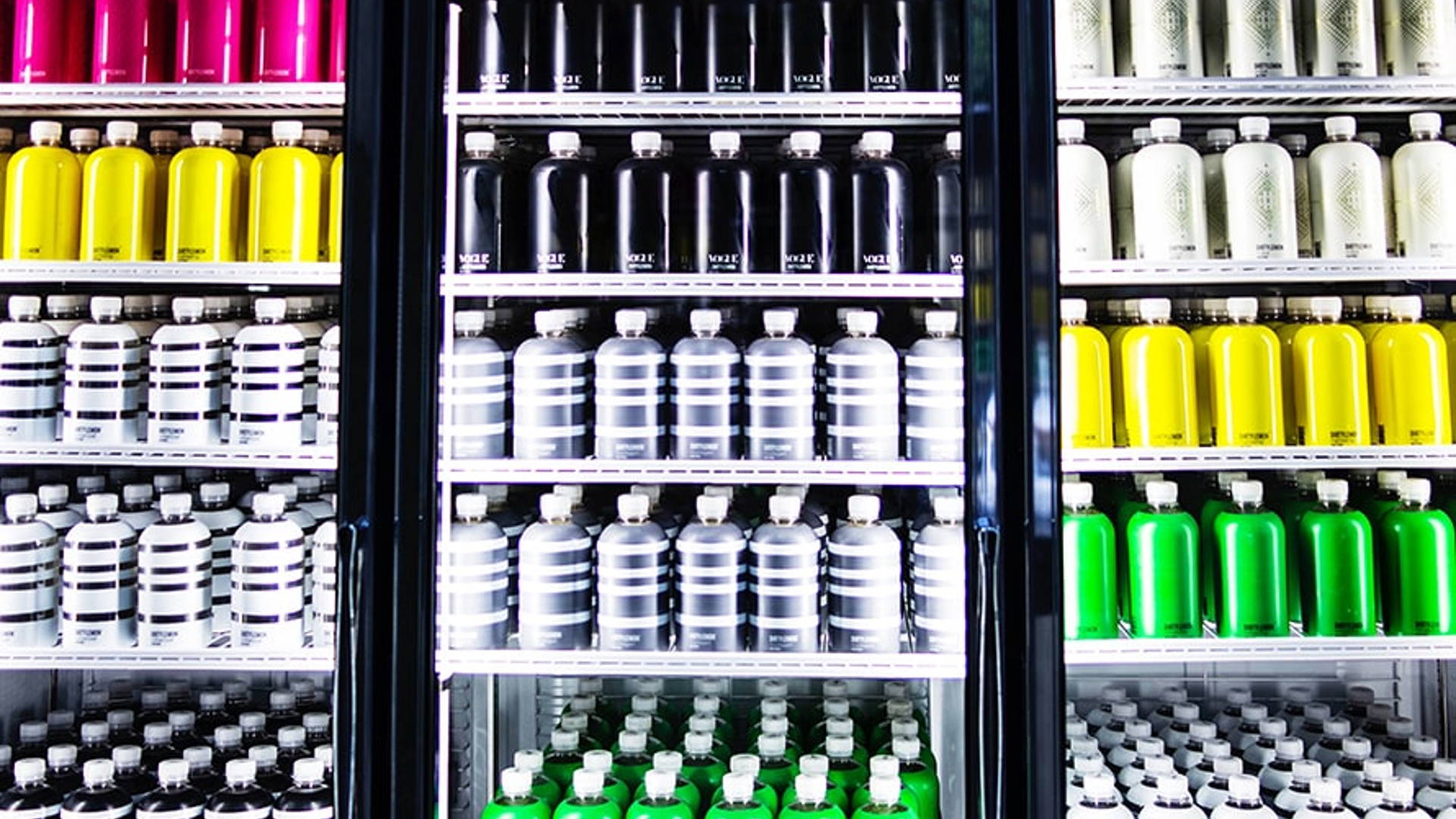 Dirty Lemon, the hip drink maker, has been playing by their own rules since the beginning. While the bottles are slick and minimal with bright colors, it’s also pricey, costing about $45-65 a case (6-16oz bottles) and they supposedly have health benefits, all of which makes them a perfect accessory for Insta-selfies.In keeping with that smartphone life, Dirty Lemon has eschewed the traditional old-school distribution model for beverages and sold their chic drinks via text message. It might seem like a new way of doing things, but the spirit of using technology to side-step expensive middlemen is a long-established way of doing business. Vanguards like Dell leveraged technology to avoid the control and costs that come from using distributors, advertising directly to consumers.

Now, Dirty Lemon is doing something decidedly old-school with a brand new twist— they’re opening a brick and mortar storefront staffed by, well, no one. Dubbed “The Drug Store,” Dirty Lemon has opened their first shop in New York’s trendy Tribeca neighborhood. With no cashiers or staff, Dirty Lemon is selling their $10+ bottles on the honor system, where customers just walk right in, grab what they want, and text Dirty Lemon with what they snagged. While cameras and heatmap trackers monitor the space, shoplifting seems to be the least of the brand’s worries with Chief Executive Zack Normandin saying “I do think a majority of people would feel very guilty for continuing to steal.”Is this the future of retail, staff-less and Instagram-ready stores creating an experience for the benefit of consumer’s social media persona? Either way, Dirty Lemon plans on opening three more locations next year with another in New York City, Miami, and Chicago.

Tanqueray Gin and Tonic Gets a Sleek Look

Three Leaves Take A Step On The Elevated Side